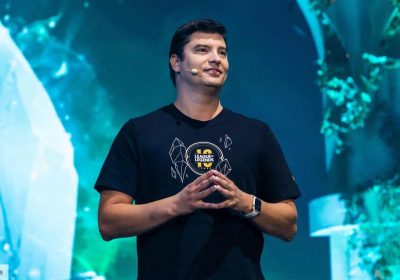 Alienware will end its partnership with Riot Games 10 months early following sexual-assault allegations against Riot CEO Nicolo Laurent, according to a report from Dot Esports.

During discussions with Riot, Alienware voiced concern with the game developer’s public image amid harassment claims and other controversies, according to Dot. The deal between Alienware and Riot was meant to expire in January 2022.

“Alienware has been a valuable partner to Riot since January 2019,” Riot Games reportedly told Dot Esports in a statement. “We can’t comment on our agreement with them at this time due to confidentiality obligations. As we continue discussions with them, we have removed their branding from our broadcasts.”

Riot CEO Laurent has been accused of sexual harassment and gender discrimination by former Riot employee Sharon O’Donnell, who claims she was removed from her position at Riot for reporting Laurent’s inappropriate behaviour to human resources. In August 2018, Kotaku reported numerous allegations of sexism and sexual abuse at Riot. In December 2018 Riot suspended Chief Operating Officer Scott Gelb after a report surfaced detailing allegations of inappropriate conduct.

In addition to these allegations, Riot came under fire in 2020 for a deal it agreed with the proposed $500 billion Saudi Arabian city Neom. Critics pointed to Saudi Arabia’s human rights violations. Riot terminated the agreement less than a day after it was announced.

Esports Insider says: There is a cloud hanging over Riot Games. This is of course a massive step for Alienware to take from a commercial perspective given the reach of League of Legends esports.