Home » eSports » All Changes made to champions in Patch 11.8 of League of Legends

All Changes made to champions in Patch 11.8 of League of Legends 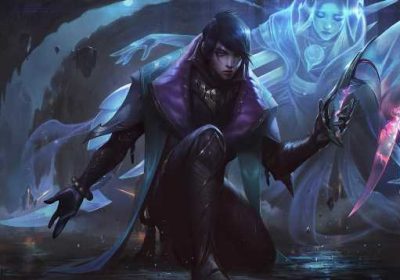 Patch 11.8 of League of Legends comes with a lot of changes for champions. Aside from the changes for jungle champions in order to fit better into the meta, Riot has also made changes to other champions. Most of these adjustments were made to limit the champions’ use in other lanes and strengthen their roles in their normal lanes.

Moreover, the champions updated in League of Legends’ Patch 11.8 include:

This list does not include the five jungle boosted champions and Rammus. All details of those champions are in the general League of Legends Patch 11.8 update.

Details of all Champions update in League of Legends’ Patch 11.8

Annie’s W (Incinerate) mana cost now increases early. The reason for this is so players can be more careful in deciding what to dp with the W. Now, they either decide to burn up minions or enemy champions. Her W casts a blazing cone of fire dealing damage to all enemies within the vicinity.

The champion’s Passive (The Hitman and the Seer) lethality is increased in Patch 11.8. His R (Moonlight Vigil) main weapon effects are also strengthened. Riot acknowledged that Aphelios has certainly not looked the same since interaction with Kraken Slayer nerf in Patch 11.2. To remedy this, the game developers have put more punch into hit lethality rank-ups along with his weapon effects during his ultimate. Certain of Aphelios Q (weapon abilities) have also been increased. His gravitum root duration is now 1.35 seconds and infernum splash damage is now 90%.

It is reducing the champions clear speed and increasing his regen to make him “the meaty meatball of his dreams.”  The maximum health regeneration increases to 2.5% and his Q (Infected Cleaver) now has a decreased capped damage against minions and monsters. His health cost restores on enemy hit a 100%. His E (Masochism) bonuses also decrease.

The champion’s W (Hyper) bonus movement’s speed is now decreased in League of Legends’ Patch 11.8. Riot in nerfing’s Gnar’s E. “We shubbanuffa’d ourselves by giving Gnar too loose a leash,” Riot said. “We’re pulling back accordingly.”

LeBlanc’s Q (Sigil of Malice) damage and overall damage has been increased. The game developers feel that the decrease of her Q damage will make her more fatal.

Lee Sin’s E (Tempest) cooldown is now decreased to eight seconds. This is in order to give Lee Sin more clear power in matching the pace of other top junglers.

Her E (Command: Protect) bonus resistances is now decreased early in League of Legends’ Patch 11.8. Orianna is one of the most popular mid lane mages in Pro Play. In the LCS MSS finals, both Nicolaj “Jensen” and Luka “Perkz” Perkovic performed extremely well on the champion with clutch Shockwaves. She shows no weaknesses, being a consistent source of utility and damage. To create a fair playing ground, League of Legends’ Patch 11.8 decreases her durability in the early game phase.

Rumble’s base magic resist and magic resist growth are now significantly reduced. The magic resist is 28 while magic resists growth shrinks to 0.75. His passive overheating bonus damage has also been decreased. The champion now scales with a target’s maximum health and his E (Electro Harpoon) reduces the target’s magic resistance. Also, Rumble has a new ability. When he is overheated, he gains 50% attack speed.

All these changes are to enable him to be a better top lane champion. Riot is not nerfing Rumble mid but making top Rumble better at beating down tankier targets and making mid-Rumble more vulnerable in lane phase against mages.

Thresh’s E (Flay) cooldown is now increased. For Thresh, Riot is simply adjusting the powers of one of his most versatile tools. The cooldown on his E will now scale downwards from 11 to 10.5, to 10 and eventually 9 seconds as the game progresses.

The champions Q (Transfusion) cooldown now further decreases as the game comtinues. This change is to compensate for his new Mythic item structure, making him an unpopular choice among players.

This champion’s Mist Walker initial leap has been decreased to 100% in the first attack. His E (Mourning Mist) will now deal increased damage over eight attackers. Turrets will now prioritize minions over Yorick’s maiden.

With these Patch 11.8 changes, Yorrick can become a more popular champion for split pushes. With his R (Eulogy of the Isles), he can summon the Maiden of Mist who would no longer be a turret priority. When a player uses the E, Yorick’s attacks against the Maiden’s target deal bonus damage. Yorick also has a new power. All marked targets of the champion will take 40% increased damage from the next eight attacks by a Mist Walker.

The last champion on the list is Zac. There is an increase in his W (Unstable Matter).  The update in Patch 11.8 is to compensate for Zac’s loss of mid-game clear speed and adds more damage with a buff for AP bruiser builds.