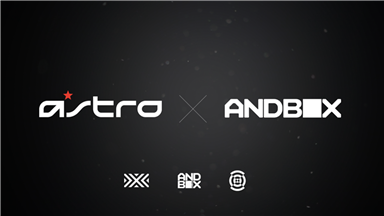 RELATED: David Levy joins Andbox as investor and chairman of advisory board

As part of the deal, all three teams will use ASTRO Gaming headsets during competitions, practice, and live streams along with its logo featuring on the jerseys of New York Excelsior and Andbox teams.

Kai Mathey, Head of Partnerships at Andbox, spoke on the deal in a release: “We’re thrilled to welcome ASTRO Gaming as a partner as we work together to give Andbox’s pro players the premium audio equipment they need to be at their best, as well as create new ways to connect with fans around the games and esports they enjoy.

“Esports fans will immediately feel the impact of this partnership as we introduce the NYSL Power Players, an amateur competition that we built from the ground-up together with ASTRO and Beyond Entertainment, which will reward monthly cash prizes, exclusive products, and one-of-a-kind experiences from Andbox and ASTRO Gaming.”

“The staff and teams at Andbax are a perfect match for the ASTRO Family, as we look to continue our support of the community, lifestyle, and competitive facets of esports.  We can’t wait to show what our combined powers can do.”

Esports Insider says: ASTRO Gaming has an extensive history within the esports industry, and joining forces with Andbox is another partner to add to its ever-growing list. With a variety of activations already planned, it will be interesting to see how the two parties will stand out from other collaborations of a similar nature.

Check out the ESI 2021 Events Calendar