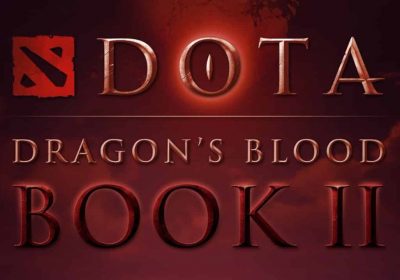 Looks like the Dota 2 anime will continue its story in Book two of Dragon’s Blood.

Valve has teased a second iteration of DOTA: Dragon’s Blood anime series. Similar to the first part of the anime, Dragon’s Blood Book 2 will be available on Netflix.

According to the post made by Dota 2’s Twitter, the new iteration is in the works but there is no definite date of its release. However, the second part could release towards the end of this year depending upon the number of episodes.

Released back in March of this year, the first part included the origin of Dragon Knight along with other characters like Mirana, Invoker and Luna. It contained eight episodes but according to many who watched the anime; the ending wasn’t complete and the next sequel was imminent.

Although there has been little info about the second part, Netflix Geeked teased a picture showing a Pangolier like character and Luna. Apart from tweeting about the Dragon’s Blood Book 2, the Free to Play movie is also available to watch on Netflix.

The movie features some legendary players like Danil “Dendi” Ishutin and Clinton “Fear” Loomis. Following their story during the first Dota 2 International tournament.