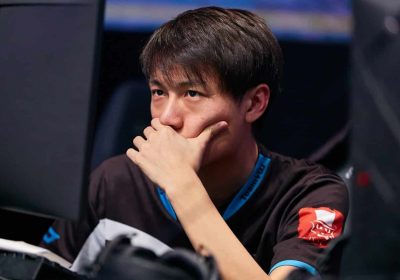 EHOME have pulled one last move to fine tune their DPC roster.

AhJit will be a part of EHOME’s inactive roster along with twelve other players. The inactive roster also includes players like Cheng “NothingToSay” Jin Xiang and Zhao “XinQ” Zixing, who are actively playing with PSG.LGD.

Before joining Elephant, Sylar was part of the EHOME squad, which competed professionally throughout 2020. However, it wasn’t long before Elephant parted ways with the 27-year-old. Leaving Elephant in a controversial state of affairs — Sylar could not take part in the first season of Dota Pro Circuit.

Sylar will now play in the second season of the DPC along with Guo “Xm” Hongcheng, Yang “Chalice”‘ Shenyi, Pan “Fade” Yi and Jian Wei “xNova” Yap. EHOME will try hard to dust-up and better its performance after a disappointing finish to the first season in the circuit.

Sylar will be ready for the DPC in the upcoming week, as he has already gained some experience with EHOME in the i-League 2021 tournament. With all the last-minute changes in rosters of various teams, the starting stages of Season 2 will surely prove to be a vital challenge for the recent additions.