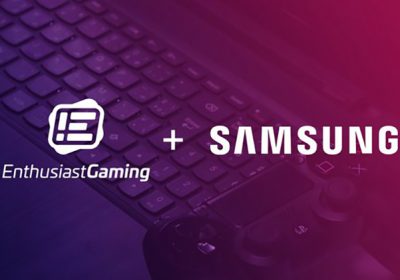 Esports company Enthusiast Gaming has announced a partnership with Samsung which expands across its full platform. Samsung will be featured on Luminosity Gaming team jerseys and placed on various social channels, integrated into influencer and brand ambassador content, and Samsun will sponsor EGLX, Enthusiast’s annual gaming expo.

According to a release, that partnership will be aimed at driving awareness among a younger demographic for “Samsung’s gaming-focused computing components and accessories.”

Earlier this month, Samsung also signed on as a sponsor for Twitch Rivals.