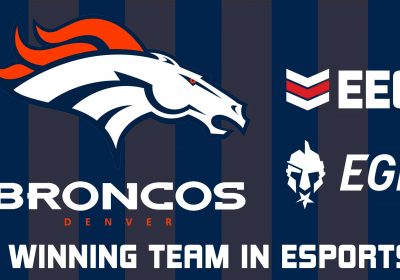 As part of the agreement, EEG will operate Madden NFL esports tournaments for the Broncos by utilising the company’s Esports Gaming League (EGL) platform.

Grant Johnson, CEO of Esports Entertainment Group commented: “We are quickly becoming the go-to solutions provider for the esports programs of major sports franchises. We are excited to add the Broncos to our growing roster of top-tier professional sports organisations and look forward to helping the team strengthen connections and engagement with their loyal fans.”

This strategic partnership follows EEG’s sponsorship deal with the New England Patriots and its esports affiliate, New England Revolution. Similar to its agreement with the Patriots, EEG will create hyper-localised marketing for Broncos fans and Denver citizens. Unlike the previous deal, however, the Broncos opted not to pursue stock as part of the deal.

Brady Kellogg, Denver Broncos Senior Vice President of Corporate Partnerships added: “The rising popularity of esports has led to the launch of high school and college esports programmes across Colorado. Partnering with Esports Entertainment Group will provide us with the platform to deepen and increase engagement with our fans.

“We look forward to a mutually rewarding relationship, featuring exciting tournaments at Empower Field at Mile High and unique interactions with Broncos players.”

Esports Insider says: Esports exists in Denver but on a very small, grassroots scale. Without an Overwatch Team, Call of Duty franchise, or NBA 2K League side, the Mile High City is easily overlooked. Hopefully, a high-profile team like the Broncos will draw some much-needed esports attention. Plus, with the first FanExpo Denver launching in 2022, it would be a great time for the Broncos to flaunt some esports muscles.