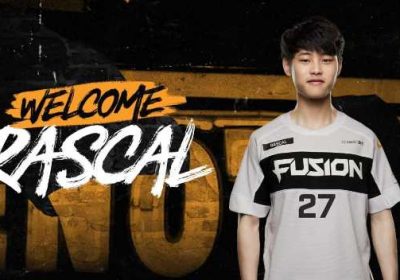 Formerly of the San Francisco Shock, Rascal’s path to free agency shocked everyone as well. His time spent unsigned was even more surprising. Rascal admitted that he would most likely stick to streaming for 2021, but times have changed. With the Philadelphia Fusion moving to South Korea, Rascal went through the tryouts and joined the team.

Rascal’s path to the Fusion

Rascal has a very interesting past leading to his signing with the Fusion. To start, he played for KongDoo Panthera and Cloud9 KongDoo back in Korea, finishing second in season three of APEX. He moved alongside the core of that team to the Overwatch League, becoming the core for the London Spitfire. His Spitfire team won the first stage title match, but moved on to the Dallas Fuel shortly afterwards. Rascal was known for his insane flexibility on DPS, but he was seen as a raw talent. Dallas struggled with Rascal and released him only two months after signing him.

Rascal then signed to the San Francisco Shock’s contenders team, NRG Esports. After a third place finish in 2018’s second North American contenders season, he got promoted. Joining the Shock, Rascal instantly gelled with the team. His more hectic personality worked on this team, as he was key to many victories in that season. This included their first stage title win and their first championship in 2019. While his contract was to expire at the end of 2020, the team was looking to repeat as champions. Their DPS depth was much better, which means Rascal had less playing time. But, the team still dominated the league and won their second championship. However, Rascal then became a free agent and surprised all by not staying with the champions.

By signing Rascal, the Fusion have acquired the ultimate depth signing in the league. Along with free agent, Hae-seong “Libero” Kim, Rascal was considered the best free agent on the market. The results don’t lie and back to back championships are nothing to scoff at. Rascal exudes talent and, with the great DPS the Fusion already have, this should frighten teams in the East division for 2021.