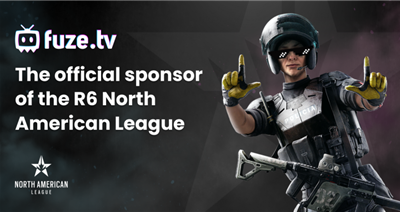 Fuze.tv, a creative studio for gamers that enables players to capture, edit, and share gaming content, has partnered up with Ubisoft’s Tom Clancy’s Rainbow Six North American League for the 2021 season.

Beginning with Stage 1 of the Rainbow Six North American League set to start on March 24, Fuze.tv and Ubisoft will offer a “Clips of the Week” competition, where they’ll ask gamers to submit their best clips for a chance to be featured in the weekly Rainbow Six North American League live broadcast. Each week’s top three clips will earn prizes such as jerseys, in-game currency, and more.

Fuze.tv was built on the Overwolf platform, which allows creators to create, distribute, and monetize in-game apps and mods which facilitated this particular sponsorship deal.