Home » eSports » Gen.G Partners With the University of Kentucky to Host Esports Invitational

Gen.G Partners With the University of Kentucky to Host Esports Invitational 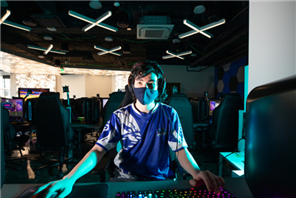 Collegiate esports will get another signal boost as Gen.G, the global esports organization based in the U.S., has partnered with the University of Kentucky in launching the “University of Kentucky Esports Invitational.”  Traditional sports rivals of the university have been invited to compete in a series of esports competitions featuring League of Legends, Valorant, and Rocket League that will take place from March 12-14. The tournament will be streamed at twitch.tv/universityofky. The winner of each title will be given $1K USD in prize money to go towards the esports program at the winning school.

The following schools will compete in the invitational:

This will be the first event as it relates to all of the schools competing in esports in the same event. Additionally, the tournament will see student casters as talent.

Gen.G and the University of Kentucky have partnered in various endeavors since 2019 having brought together virtual events, activations, and initiatives over the last two years including the NBA 2K “Hoops at Home” tournament and “Give Health for Kentucky Kids” charity program.