Home » eSports » JcStani: 'I’m kind of glad we lost so we can come into this match a little more prepared'

JcStani: 'I’m kind of glad we lost so we can come into this match a little more prepared' 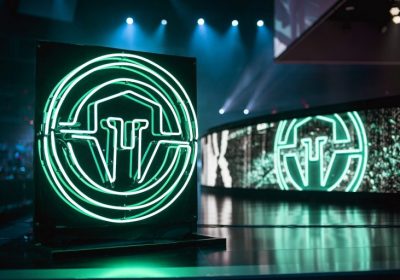 Immortals lost against 100 Thieves, but they’re ready for their next match.

100 Thieves beat Immortals in their first game in Masters One of the VALORANT Champions Tour, but it was not all bad, according to Noah “jcStani” Smith. Immortals will use this defeat as a learning experience to prepare for their match against Luminosity Gaming later today.

Immortals lost 2-0, but the first game on Ascent went into overtime as each team traded blows. 100 Thieves ultimately walked away with the map win and carried the momentum into the second map.

“I think it was first of all our lackluster defense,” jcStani told Dot Esports. “I don’t know if it’s nerves or not being confident, but we weren’t playing normally. We were doing different things, we were taking different fights, being over aggressive in some areas. At halftime, we knew we were playing differently. We just have to play normal, not over-aggressive, not passive. Just normal.”

100 thieves won the second map on Haven, but Immortals did win eight rounds. The Immortals player explained his team was just not playing as they normally do but will fix their mistakes before the next series.

“I think it’s mostly fixing our mistakes,” he said. “Like I said it’s a good loss in the sense that it shows our weaknesses so that we can fix them. It’s a very easy thing to fix. In that sense, I’m kind of glad we lost so we can come into this match a little more prepared.”

JcStani also commented on Sentinels picking up TenZ as a replacement for Sinatraa, saying it makes the already powerful team stronger.

“The fact that arguably one of the best teams in North America can get the best player is a little funny,” jcStani said. “Say if TenZ does stay on the roster, it could potentially even be a scarier Sentinels.”

Immortals performed relatively well against 100 Thieves but had trouble retaking sites and winning gunfights. Fixing these small mistakes will give them another chance to succeed in Masters One.

Immortals will need to get through Luminosity before they can worry about stronger teams. Sentinels defeated Luminosity in the Masters One quarterfinals, and they will face Immortals tomorrow at 5:30pm CT.