Keemstar places $10,000 bounty on Dafran in the Rust OfflineTV server 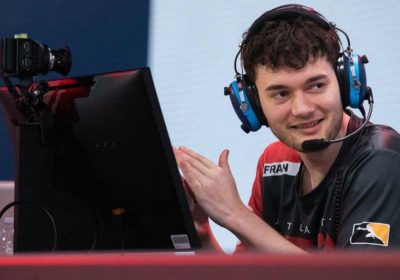 The drama with the new OfflineTV Rust server continues to intensify as every new day passes. Recently, the 50+ streamer server has been the cause of some controversy, as toxicity steadily increases. From the allegations of stream sniping to stress caused by various streamer’s chats, the server might be more trouble than it’s worth for some. However, the game has seen a huge increase in viewership and player count. As such, more and more people are tuning in to watch the server. One of these viewers appears to bee Daniel “Keemstar” Keem, who recently donated to Daniel “dafran” Francesca while he was streaming the game.

However, this interaction didn’t go the way many viewers thought it would. In the end, Keemstar ended up putting up a huge bounty on Dafran’s head in the Rust server.

Dafran blocks Keemstar on Twitch, earns a bounty on his head

The whole situation began when dafran, a part-time streamer and part-time farmer, received a donation from Keemstar. The donation was in the form of both cash and bits, so it’s clear the Drama Alert host was trying to get the streamer’s attention.

When dafran saw the donations, he immediately laughed and asked if that was actually the real Keemstar. It turns out that it was, and upon discovering this, dafran didn’t mince his words when explaining what he thinks about the controversial YouTuber.

Dafran called Keemstar a “piece of sh”*t” several times. As evident by his history, the Drama Alert host was not going to take those words lightly. Soon after his donation, Keem placed a $10,000 bounty on dafran’s head in the Rust OfflineTV server.

The bounty would apparently be earned if anyone on the server took out dafran or blew up his in-game base. Keem specified that none of dafran’s friends could win the bounty, however.

This appears to simply be playful banter, as dafran responded to Keemstar’s tweet with a simple “LUL.” Still, it’s unclear if anyone would take home the $10,000.

Make sure to stay tuned to Daily Esports for all gaming news.