Keiti parts ways with Cloud9 White one month after signing 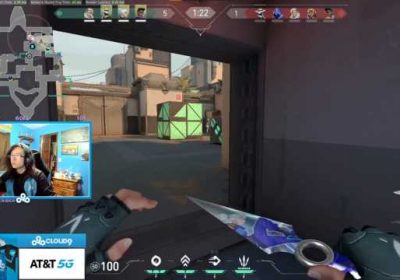 Cloud9 announced on April 13 that Cloud9 White’s Kaitlin “Keiti” Boop has parted ways with the organization. The 19 year-old player signed with Cloud9 on March 12 after trialing for the team. She joined a six-person roster and competed for the team at the VALORANT Champions Tour Game Changers tournament. Keiti also competed in the VCT Stage 2 Challengers 1 qualifiers for the team as well.

Today we part ways with @Keititv, and we wish her the best in her future endeavors. pic.twitter.com/cBdff1JodW

The former Counter Strike player jumped into VALORANT in the summer of 2020. She competed with the amateur squad Team Kephrii before trialing with Cloud9. Keiti first popped up on the roster in January of 2021. She was the only player not a part of the MAJKL team that was initially signed to Cloud9.

With the organization, Keiti would play Jett and use the Operator for her team. Keiti played over 20 matches under the Cloud9 banner. She was a part of the team while it competed in VCT Stage 1 Challengers events. Across all competitions, she has an Average Combat Score of 292 on Jett according to vlr.gg. In Cloud9 White’s dominant run in the Game Changers event, she had the highest ACS of the tournament at 344 and second highest K/D at 1.97.

Normally, Keiti was a constant on the roster while Jasmine “Jazzyk1ns” Manankil would switch in and out according to what the team played and which map they chose. Her last match with the team was a loss to the Australian roster of Soniqs in Challengers 1 qualification rounds.

Keiti started her career in Counter Strike in 2018. She competed for amateur teams and the organization Mythic. She played on mixed-gendered rosters as well as all-women teams.

The former Cloud9 White duelist has yet to release a statement at the time of writing.

The Cloud9 roster is now: