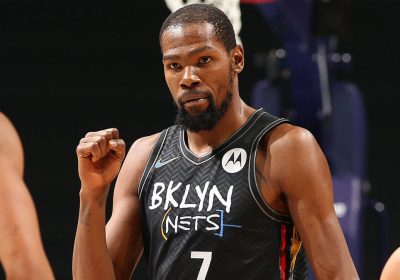 Kevin Durant, NBA star for the Brooklyn Nets, has announced his investment in Andbox, the esports organization behind the New York Subliners and Excelsior. Durant joined his investment group, Thirty Five Ventures, to complete the partnership.

This is the second time that Durant has invested in esports. In 2018, Durant, along with NFL star Odell Beckham Jr. and the MLB’s St. Louis Cardinals, invested in Vision Esports. The organization was an investment group considered to be the owner of Echo Fox. However, the group no longer exists.

Durant and his investment group will be “active partners” for these teams, along with other future initiatives Andbox has planned. This includes developing entertainment content and releasing collaborative merchandise.

“The passion that New York sports fans have has really hit home with me,” Kevin Durant stated. “Andbox is bringing that same energy to esports here, and that’s something Thirty Five Ventures is very excited to be a part of.”

Durant, a two-time NBA Champion and one-time League MVP, has played for New York’s Brooklyn Nets for two seasons. The attraction to New York’s Andbox was due to the fact that there is “no bigger stage in the world to compete than in New York,” as stated by co-founder of Andbox, Farzam Kamel.

While there may be no bigger stage than New York, Kamel stated that it’s been “overlooked” in the esports world. The hope is that with Durant and other investors, like the actor Michael B. Jordan, New York can become a pinnacle for all things gaming.

For New York’s current teams, the Subliners are set to kick off Stage 2 of the Call of Duty League at this week’s Toronto Ultra Home Series. Additionally, the Excelsior are set to begin their season when the 2021 Overwatch League begins on April 16.