Motorsport Games to Acquire All Remaining Shares of 704Games 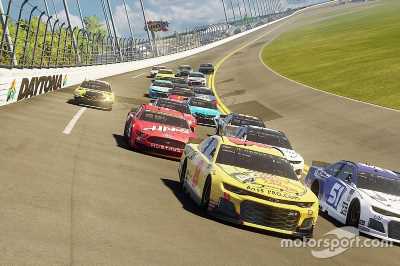 Motorsport Games Inc., the Miami-based racing game developer, publisher and esports ecosystem provider, has announced that the company has entered into a “definitive agreement” with Ascend, acquiring the shares of 704Games Company owned by Ascend.

Ascend has about 10.1% of 704Games outstanding common stock which will be acquired by Motorsport for the same per share consideration previously disclosed in Motorsport Game’s agreement to acquire 7.6% of the outstanding shares of 704Games from PlayFast Games, LLC.

Both of the transactions are expected to complete on April 1, 2021.

With the close, Motorsport Games will now own100% of the outstanding common stock of 704Games.

Additionally, these moves look to squash some legal turmoil that may have been brewing as these transactions came with the caveat that PlayFast or Ascend would release Motorsports from “all claims that either PlayFast or Ascend, as a minority stockholder of 704Games, could allege or assert against Motorsport Games.”

And in a separate agreement with Ascend, because of the transaction, the legal action taken by them against Motorsport Games would be dismissed with prejudice.

Ascend filed a lawsuit, just before the Jan. 13, 2021, IPO of Motorsport Games alleging that the company’s CEO Dmitry Kozko, shortchanged investors after acquiring a marked-down minority stake in a unit that was was involved in the company’s planned initial public offering, according to a report filed by Bloomberg.