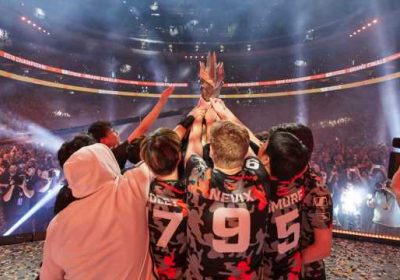 After what feels like forever, the Overwatch League is finally back for its fourth season. While everyone will still compete under COVID-19 conditions, the league has had time to learn from last year’s model and improve the structure. The regions have changed slightly, which should result in some interesting matches once the top teams reunite for the four tournaments that cap off each chunk of qualifier weeks.

But the question most people really care about is which team will stand atop the rest by the end of the season, and who will they face along the way? Will the San Francisco Shock still dominate after finally losing some key players? Which team will surprise everyone with an underdog run? And, no shade, but just how bad will the Los Angeles Valiant be?

Here’s what we think going into the first week of play.

While the West is the larger division, it looks like a lot of its talent has pooled at the top. And while the Shock might have some new faces and different rivals nipping at their heels, Week 1 should demonstrate how wide the gap between them and everyone else is.

Meanwhile, there is some potential intrigue elsewhere in the West. The Boston Uprising no longer look like a bottom-of-the-barrel Overwatch League squad, and Jake “Jake” Lyon’s return to the Houston Outlaws should make for some hype matches. Then there are the Dallas Fuel, who might finally get the breakout season fans have been promised for years.

This isn’t a surprise to anyone, but the San Francisco Shock look like the team to beat in 2021. Coming off of back-to-back championships, San Francisco is the standard all others aspire to reach. After only losing one tournament during the 2020 season, their goal is to complete the three-peat.

Unlike the 2019-2020 off-season, the Shock have made significant changes. Specifically, Grant “moth” Espe and Kim “Rascal” Dong-jun have left for other Overwatch League teams. While they were key pieces to last season’s roster, new additions like Brice “FDGod” Monsçavoir can fill those holes. Normally, bringing in new players to replace key members of a championship team can be scary, but the Shock have a track record of doing just that and continuing their dominance.

For the Gladiators, the start of every Overwatch League season feels like it’s going to finally be their time to shine. What usually happens is, despite high expectations, the Glads can’t quite close the gap between themselves and the actual top teams. But this year the stars may finally have aligned, allowing Los Angeles to keep their shields up and secure a spot atop the standings.

Indy “SPACE” Halpern is there to hold down the frontline as a talented veteran while fellow tank and newcomer Kim “Muze” Young-hun gets his bearings. Based on his performance in Contenders, that shouldn’t take too long. Meanwhile, Moth’s addition to the team should be a huge boon for the Gladiators since the OG support duo of Benjamin “BigG00se” Isohanni and Jonas “Shaz” Suovaara is no more, and Kim “Shu” Jin-seo should be a solid partner for the former Shock support.

Finally, and most importantly, the team kept the DPS synergy of Kim “Birdring” Ji-hyeok and Chris “MirroR” Trinh intact. While the Gladiators’ new elements start to jell early in the season, those two will keep the pressure on opponents with a year of experience together under their belt.

Now, we might get some flak for this team’s position in the power rankings. However, if you only look at results and offseason acquisitions, No 3. makes more sense. After all, Overwatch League fans were surprised when the Justice put together one of the best underdog runs in the league’s history at the season playoffs in 2020. They finished third place in North America when nobody expected them to even win a single round.

The players who were key to that run, Jang “Decay” Gui-un and Lee “TTuba” Ho-sung, are still on the team, but the Justice have also arguably added better players around them. Bringing in  championship winning off-tank in Kim “Fury” Jun-ho, top-tier prospect in Kim “Mag” Tae-sung and great DPS depth should help them maintain success throughout the season. If this team can get hot again, they will challenge the Shock for that top spot.

The East should certainly be spicy with teams like the Philadelphia Fusion coming to crash the Shanghai Dragons’ party. With only eight teams to prepare for, the competition should be a bit tighter than the West, though maybe not for everyone. Still, the back-and-forth between the best teams here feels like the perfect catalyst for someone knocking off the reigning champions.

The Dragons remained a (mostly) unstoppable juggernaut throughout 2020, finishing off the regular season with 27 wins and just two losses. Despite ultimately exiting the playoffs in third place after falling to the Seoul Dynasty in the losers finals, Shanghai are still poised to be the Eastern Division’s strongest contender coming into 2021.

Boasting one of the league’s flashiest support lines, a rock-solid tank line and last year’s MVP, Kim “Fleta” Byung-sun, the Dragons are definitely not short on talent. There have been a few roster changes over the offseason, but all the additions — like former World Cup champion Koo “Fate” Pan-seung and star damage player Jeong “Erster” Joon — only make this roster more formidable. Led again by Moon “Moon” Byung-chul, who received the Coach of the Year award last season, it’s looking unlikely that anyone can surpass the Dragons this year — at least, until playoffs roll around.

Can Hong “Gesture” Jae-hee help the Dynasty stay flexible this season and finally live up to their potential? Photo courtesy of Activision Blizzard Entertainment.

The Seoul Dynasty had skyscraping highs and canyon-dwelling lows throughout 2020. The Hong “Gesture” Jae-hee-led squad went from a six-game losing streak to shutting three teams out in a row. The potential for success has always been there, but the additions of Jung “Anamo” Tae-sung and Park “Saebyeolbe” Jong-ryeol add much-needed leadership and consistency.

The addition of Lim “Toyou” Hyun-woo immediately improves Seoul’s tank line, too. That change, alongside solid DPS and support play, could mean we see more clutch plays against teams like the San Francisco Shock and Shanghai Dragons throughout the season. The biggest question is still about whether or not they can roll with the constant changes the Overwatch League throws at them, which the Dynasty have struggled with in past seasons.

The minor coaching changes, including the loss of Kim “WizardHyeong” Hyeong-seok, don’t seem like enough to address the bigger issues that this team has with planning for the evolving meta and hero pools. Seoul got lucky with that at the right times in 2020, but that may not happen again this year.

Perennial bridesmaids Philadelphia Fusion have jetted over to South Korea this year to compete in the Eastern Division, which has come with its own set of problems. The team recently released a statement on the issues they’re facing in bringing their Western players over to their new home base, meaning players like flex tank Gael “Poko” Gouzerch and main support Daniel “FunnyAstro” Hathaway may not be with the team when the season begins.

The Fusion have found a workaround for these issues, however, and it’s called “just signing more players.” The team has acquired two-time league champion Kim “Rascal” Dong-jun as well as legendary main support Yang “Tobi” Jin-mo in order to fill the gaps left by the players currently unable to join the team.

Just like always, Philadelphia is bursting at the seams with talent. Flex support Kim “Alarm” Kyeong-bo won Rookie of the Year in 2020, and damage dealer extraordinaire Lee “Carpe” Jae-hyeok requires no introduction. However, trepidation over how their newly assembled roster will fare with so little time to jell compared to every other team keeps us from ranking them above third place, for now.