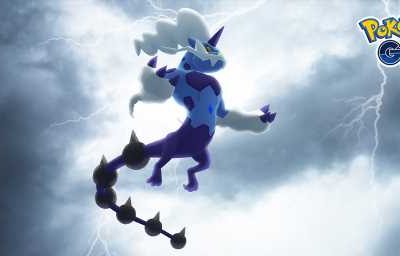 Pokémon GO developer, Niantic, has officially revealed a new event for the game called Charge Up. This electric-themed even will begin on Tuesday, March 16 at 10:00 a.m. local time.

The Charge Up event will feature Electric-type Pokémon. This means that they will spawn more frequently in the wild, hatch from eggs more often and appear more in raids. Tynamo, an electric-type Pokémon from Pokémon Black and White, will make its debut during this event.

The following Pokémon will spawn in the wild during the Charge Up event:

The following Pokémon will hatch from 5km eggs during the event:

In addition to the changes in spawns, there are several other bonuses during the event. There will be special themed field research tasks featuring electric types. Players will also have a higher chance of receiving evolution items while opening gifts during the event.

Tynamo will be making its first-ever appearance in Pokémon GO during this event. Tynamo is an electric-type that was originally found in Chargestone Cave in the Unova region. It has two evolutions; Eelektrik and Eelektross.

For those looking to fill out the Pokédex in Pokémon Home, Tynamo can be difficult to come by, especially for players who don’t have a Nintendo 3DS. It only appears naturally in Black and White and Omega Ruby and Alpha Sapphire.

Currently, there isn’t a way to get it on Nintendo Switch without having a 3DS or trading for it; it doesn’t appear in Pokémon Let’s GO or Pokémon Sword and Shield. Being able to catch Tynamo in Pokémon GO will be helpful as players will be able to transfer it to Pokémon Home from there.

Pokémon GO Charge Up is the first-ever electric-themed event like this. It goes until March 22 at 8:00 p.m. local time.