Get ready, LCS fans. Riot Games is making some big changes ahead of the 2020 LCS Spring Split that could have a significant impact on the North American competitive League of Legends scene.

Riot has confirmed that it’s extending LCS weekends to three days, broadcasting on Saturday, Sunday, and Monday. Additionally, NA Academy games will be featured throughout the entire weekend, with games being played from Friday to Monday. 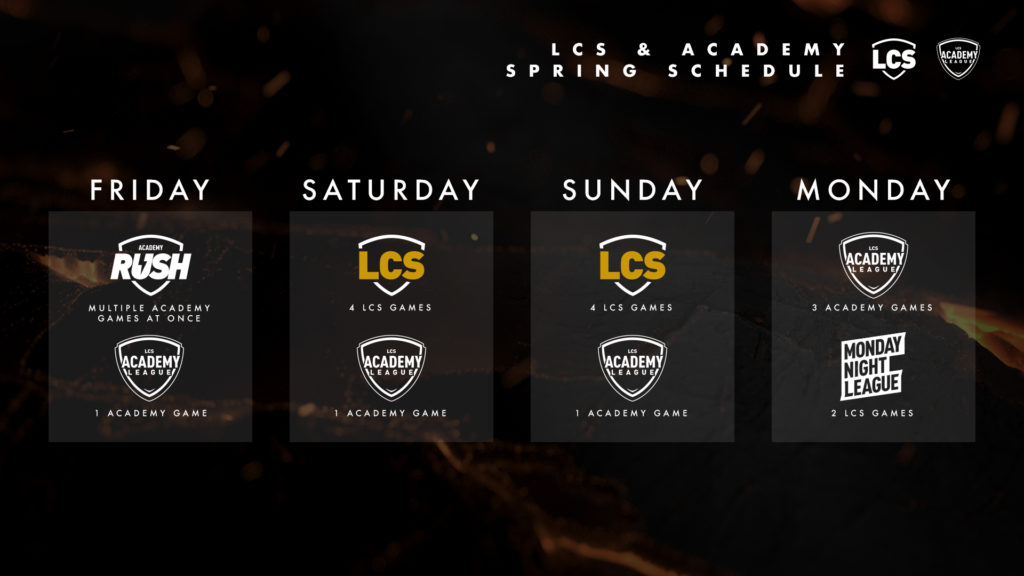 The weekend starts off on Friday with the Academy Rush, which will have the new Red Zone format. This format will have four Academy games playing at the same time, with the casters jumping between the action. At the end of the day, one Academy game will be shown in full. These will start at 7pm CT, but will be played online.