As part of the three-year deal, the Polish Esports League will become the operator of Riot Games’ new VALORANT Regional Circuit (VRC) which was announced earlier this month. 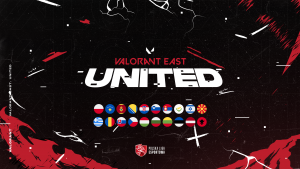 According to the release, the VRC is a competition system that was created and profiled for players of all skill levels who want to find the right path to pro in VALORANT. The competition system will reach and cover 20 European countries.

VRC’s will feature an organised, bottom-up structure, ranging from playing at home to offline final games with high financial prizes.

The starting point will be HUBs where teams will be able to compete for positions in weekly rankings. On a weekly basis, the best teams will be awarded a pass to the weekend finals. Moreover, through solo HUBs, the top five players will form a team and compete in the finals. The field of teams will be supplemented by those invited to this stage.

The teams involved in the first stage will be rewarded with points, according to the final list. Points will help players participate in the finals of each month. From then on, the finals will be played in an offline formula in one of the associated VRC countries, starting with Poland. Competition within the VRC will be held in splits with each lasting two months.

VRC’s will start at the end of January 2022. Streamers and casters will be involved in the development of the competition in all participating regions, with Krystian ‘TERP’ Terpiński named as its Polish ambassador.

Esports Insider says: Riot Games has chosen to commence the VALORANT Regional Circuit in a popular country for European esports. Together with the Polish Esports League, the two entities are set to launch its new path-to-pro model. It will be interesting to see how the VRC’s perform and benefit players and organisations in the long run.