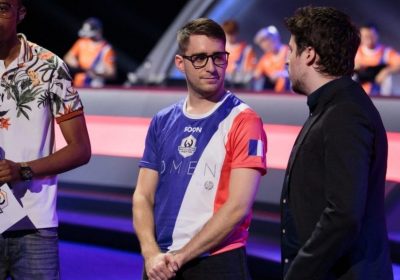 French DPS player Terence “SoOn” Tarlier has announced his retirement from Overwatch after five years of professional play, as well as his intention to move over to VALORANT.

SoOn announced the news on Twitter just a week after the Boston Uprising parted ways with him due to visa issues. His announcement was met with sadness yet overwhelming support.

SoOn’s career reached far and wide with many first-place finishes. He reached his peak when he won the Overwatch League Season 1 Stage 4 by beating the New York Excelsior. He also found success with his first team—Misfits—as well as Rogue, the Paris Eternal and the French national team.

The 27-year-old is considered a top-tier DPS player. He will bring many years of experience at the highest level along with him. His switch to VALORANT is the most recent addition to the many other FPS players before him.

Despite being excited about joining VALORANT, SoOn stated that he would have liked his Overwatch career to continue.

“Destiny decided to let me seize other opportunities,” SoOn said in his Twitlonger. “The journey has not always been easy. I’ve had to make a lot of sacrifices, and not all days were happy, but I will remember the positive things. I’m proud of what I achieved. I think that I can say, without any arrogance, that I had a great career in Overwatch.”

It is unknown which VALORANT team SoOn will join or whether he has a team lined up. He stated that he “does not know what he is getting into, nor what the future holds. SoOn’s brother Théo “OniBy” Tarlier is currently a professional VALORANT player for OG, though there are no signs that SoOn is joining his brother.

Whether SoOn is taking a leap of faith or keeping things under wraps is anyone’s guess. Fans will just have to wait and see what he has up his sleeves for his future VALORANT career.