Home » eSports » Teamfight Tactics: The 10.1 Update and What it Means For You

Teamfight Tactics: The 10.1 Update and What it Means For You

According to Riot, the new Lunar trait does the following:

Two new champions have been added to the TFT roster that have the Lunar trait – Leona and Karma. Leona is a purely defensive champion whose ability’s sole purpose is to absorb even more damage so she stays in the fight longer. Meanwhile, Karma’s ability tethers her to another champion, buffing their attack speed and giving them a damage shield. This new trait will be quite interesting to add to a bunch of team compositions and may easily become meta because of its utility-based champions and spiking damage increases. -Last Whisper: “Critical hits reduce the target’s Armor by 90% for 3 seconds. This effect does not stack.” This replaces the item formerly known as the Repeating Crossbow, and has the same item recipe.

-Titan’s Resolve: “When the wearer is hit or inflicts a critical strike, they gain a 2% stacking damage bonus, up to 100%. At 50 stacks, the wearer gains 25 Armor and MR; and increases in size. Resets every round.” This item replaces Phantom Dancer and has the same recipe.

-Bramble Vest: “Negates bonus damage from incoming critical hits. On being hit by a Basic Attack, deal 80/120/160 magic damage to all nearby enemies (once every 1 second maximum). Scales with wearer’s Star Level.” Replaces Thornmail, and, you guessed it, has the same recipe.

Many players hated the Repeating Crossbow, as it was considered a lower-tier item. The Last Whisper is by this standard a significant upgrade and it doesn’t require anyone on your team dying to be effective. Some other players liked Thornmail, but it appears Bramble Vest is just as good, if not better.

-Frozen Heart: slow increased from 25% to 40%. Stacking increases the radius of the slow but not the percentage.

-Iceborn Gauntlet: instead of its previous (almost useless) effect, now – “after casting a spell, the wearer’s next basic attack freezes the target for 1.5 seconds.” This makes it a lot more useful!

-Quicksilver: now negates all crowd control for the wearer. Previously it negated just one effect with a three-second recharge. A significant buff.

-Ionic Spark: “Enemies within 3 hexes that cast a spell are zapped, taking magic damage equal to 200% of their max Mana.” More of a rework, but still an overall buff.

The best of these item buffs is undoubtedly Quicksilver. Having your best unit be completely immune to crowd control is huge. If you can plan your team in such a way that you have a unit that can carry, put Quicksilver on them and they’ll become even more effective.

The following items were reworked to have their power scale with the star level of the champion who’s wearing it. As you may have figured out, the more stars a champion has, the more powerful the item becomes.

-Locket of the Iron Solari

It’s hard to say if the new power scaling on these items is a buff or nerf overall. While these items have become less effective at the first-star tier, their power boost once they hit the 3-star tier becomes massive. It really depends on how lucky you get with shop rolls.

-Druid health regeneration buffed from 40 to 45 per second.

-Ocean Tier 1 mana regeneration bonus nerfed from 15 to 10 per second.

The most important trait adjustments here are the Light and Shadow buffs. Previously no one went for teams focused on these traits because they were pretty much useless. With both traits getting these buffs, they’ve suddenly become a lot more desirable. 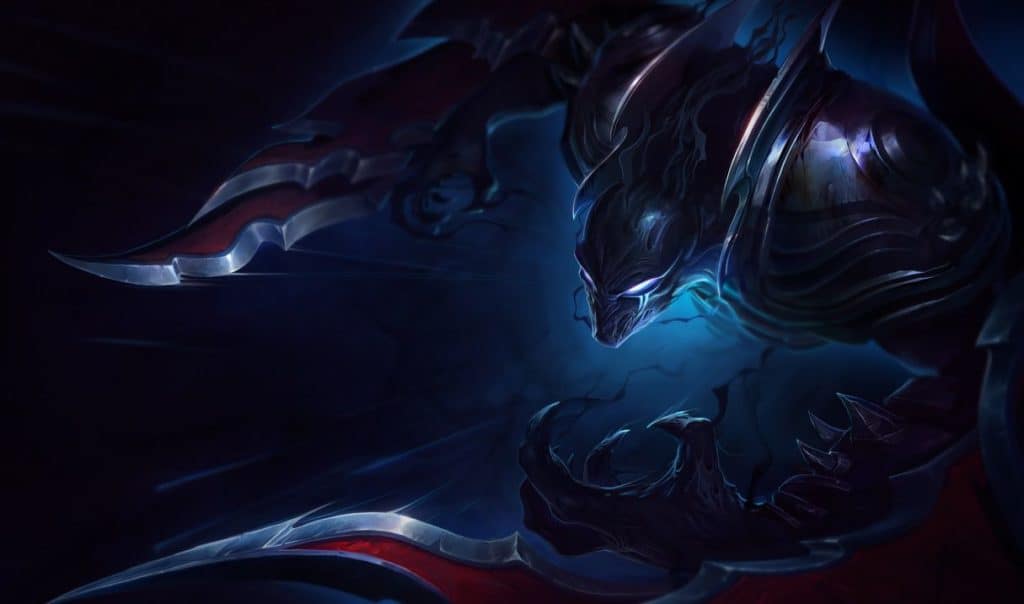 This is the real meat of the update, as 10.1 contains balance changes to 27 of the champions. That’s right, 27! Instead of copy-pasting all 27 champion updates, I will summarize the most important changes:

-Three Rangers got a buff, Twitch, Vayne and Varus.

-Two Summoners got a buff, Azir and Malzahar. Meanwhile, Annie’s Tibbers got an ever so slight nerf.

-Amumu got an overall nerf, with base damage reduced. However, if you get Amumu to 2 or 3 stars, that nerf pretty much goes out the window. The odds of that happening are slim, though.

-The Blademasters have received both nerfs and buffs. Aatrox and Master Yi were lucky enough to be buffed, while Sivir got hit with a nerf.

-Most importantly, for reasons we will get into below: Nocturne got a big nerf!

What Does All This Mean? Perhaps the biggest news to come out of the 10.1 update is the Nocturne nerf. This is because Nocturne was the centerpiece for an infamous team composition known popularly as “Blender.” As the name implies, it’s a blend of Blademasters and Assassins. Previously, if you built up Nocturne in terms of stars and items, and filled the rest of your team out with certain Blademasters and Assassins, you would effectively become unstoppable. With Nocturne being smacked upside the head with the nerf bat, the Blender comp is no longer the juggernaut it once was, although it’s still effective. Many TFT players have expressed extreme happiness with this change.

Meanwhile, because of the overall trait buffs, a lot of other team comps have suddenly become a lot more viable. Two popular team comps have jumped tiers on the website tftactics.gg, making the A tier the most populated. But this “spreading out” of the meta may have an unpleasant side effect. Some players may be frustrated that their favorite team comp may not be as effective as it once was, throwing off established strategies. But part of the fun of Teamfight Tactics is adaptation and improvisation. Sometimes you gotta make do with what you have, as the RNG gods can’t smile on you forever.