Home » eSports » The best AS VAL loadout in Call of Duty: Warzone Season 2

The best AS VAL loadout in Call of Duty: Warzone Season 2 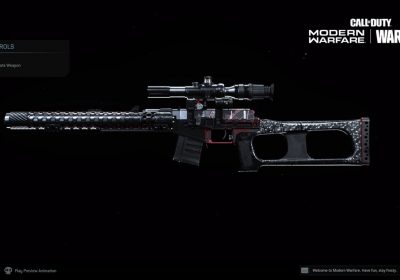 The AS VAL is an assault rifle in Call of Duty: Warzone that’s never been given much attention. Outside of when it initially released, many players don’t spend a loadout spot on the AS VAL. Weapons like the FFAR and AUG have rightfully been prioritized over the weapon. However, with recent nerfs to Warzone’s top guns, the AS VAL might be the best option for some players.

Featuring balanced stats, it’s no secret as to why the AS VAL hasn’t been used much since its release in October of 2020. It’s clearly been overshadowed by other rifles but there is a small crowd of players that stand by this AR and have created terrific loadouts to maximize its potential. In the right hands, it can even provide the same level of production as Warzone’s S-Tier weapons.

Best AS VAL loadout in Warzone

As it doesn’t possess too many glaring weaknesses, the AS VAL can be kitted out in a few different ways. Of course, as it’s still an assault rifle, the best loadout makes use of its medium to long-range proficiency. Close-range attachments aren’t overlooked, though, as the rifle does feature a decent fire rate that players can take advantage of.

One of the big features of this AS VAL loadout is that it comes with an integrated Monolithic Suppressor, courtesy of the VLK 200mm Osa barrel. This increases its damage range right off the bat and keeps players off the radar. With this key attachment already in place, it negates the need for another barrel.

To pair with the barrel, the VLK Strelok stock is in place to help stabilize the recoil. Following the stock is the Stippled Grip Tape to increase the AS VAL’s ADS time for any close-range encounters.

Finally, the 30 Round Mags offer a solid middle ground for the ammunition, and the Visiontech 2x scope does the same for the optic slot. However, players can swap it out for the VLK 3.0x optic if they want to keep more of a distance.