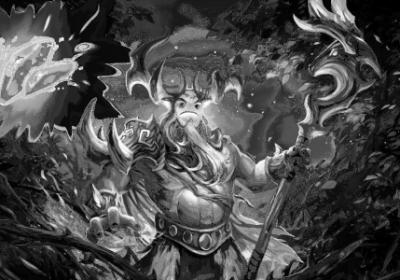 Season 1 of the DPC Leagues is more than half way done and the league tables are starting to shape up to tell the picture of which upper division teams will be making it to the first DPC Major and which lower division teams will achieve a promotion to the higher echleon. One of the big things to look out for in the initial weeks of the DPC Leagues is which Aghanim’s Shards have the professional players found useful, and a quick look at the data from Datdota shows that the Shards for certain heroes have been prioritized far more than those of others. Let’s take at who those heroes are and why their Aghanim’s Shards are getting so much priority.

The data here is from games from the start of the DPC Leagues up to the 11th of February 2021.

Nature’s Prophet and Earthshaker are the two standout performers in the Aghanim’s Shard division. Not only are their Aghanim’s Shard prioritized in most games they are played, the two, along with Wraith King, are amongst the heroes with the highest win rates in the first half of the DPC Leagues Season 1. So it isn’t just the case that the Shards are being picked up regularly, they are also helping the heroes maintain a decently high win rate. But why are the Nature’s Prophet and Earthshaker Shards so good?

Nature’s Prophet’s Aghanim’s Shard upgrade summons two Greater Treats from Sprout, and that’s not just with Nature’s Call, it’s everytime the Sprout trees get destroyed, including when they time out. That’s two Greater Treants every 8 seconds, which is crazy.

The Greater Treants are significantly stronger than normal Treants in terms of HP and damage and even have a better base attack time. They are great in keeping lanes pushed out also do a good chunk of damage to heroes in team fights. Two Greater Treants attacking a support is around 200 damage per second, and supports can’t easily get rid of them because of their 1650 HP. At a certain point in the game, the pressure from all lanes with the help of Greater Treants can get overwhelming.

Earthshaker’s Aghanim’s Shard upgrade has made it okay for him to use Echo Slam far away from any other heroes and still have it be effective. Isn’t the thought of that just absurd? The ability to affect all Fissured targets with Aftershock means Earthshaker can be in a safe space and follow Fissure up with Enchant Totem and Echoslam to have multiple heroes chain stunned for 4.75 seconds. To get an idea for comparison, Tidehunter’s Ravage has a 2.8 second stun at level 3. Even without Echoslam, Earthshaker can chain stun heroes for 3.25 seconds without being close to them. The Shard is so powerful that pro players are forgoing Blink Dagger and Aghanim’s Scepter to save money for the Aghanim’s Shard first.

None of the other heroes come close to Nature’s Prophet and Earthshaker in terms of Aghaim’s Shard popularity. Juggernaut is in third place, which isn’t a surprise because the Shard gives him the ability to chase and stay on top on enemies when Omnislashe is used or is on cooldown. Wraith King is another hero with a very useful Shard, but in his case, it isn’t any novel idea; it’s just a useful talent from before, shifted to a Shard. Seeing Shard purchases on cores isn’t the most impressive thing on cores as they can farm quite fast, which is why it is a bit of a surprise to see more supports than cores in the 10 most popular Shards list. Witch Doctor, Nyx Assassin and Shadow Shaman making the list shows that their Aghanim’s Shards are quite strong as well.

It is hard to predict when the next Dota 2 patch will be released (unless you’re IceFrog), but the Aghanim’s Shards for Nature’s Prophet and Earthshaker are bound to see a nerf. There are a multitude of Shards that aren’t being used at all and a lot of them could use a buff. But till, these few heroes will continue to dominate the Aghanim’s Shard market.