Valorant Devs On Taking An "Aggressive Approach" To The Future Updates 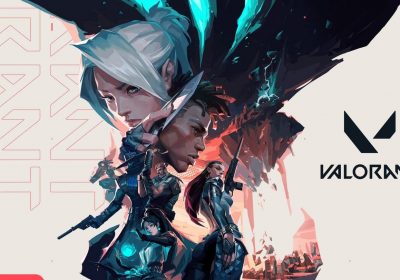 Riot Games have stated their intentions to push “big game-shifting patches” after the conclusion of major esports tournaments in 2021.

Valorant has been out for nine months now and players have witnessed many new maps, agents, balance changes and more being added to the game. It has flourished in the esports scene as well. Professional esports players have been actively participating in the tournaments all the while. The developers are known and credited for their open communication with the community. With that, they have been keeping a close eye on the players’ feedback.

Yoru, alongside Viper, are the two least-played agents in the game right now and have been considered to be off-meta picks since their release. While the playstyles for both these agents are unique, they felt incredibly underwhelming for most players. Riot Games initially gave these agents small buffs to help them get back on their feet. Alas, this wasn’t enough and they still remain with low pick-rates.

Looking for some drastic improvements now, Riot Games touched upon their existing balancing techniques in their recent “State of Agents” blog. They also gave an outlook on their thoughts with the big Viper and Yoru buffs in the patch 2.06.

With these huge buffs coming into consideration, many players and professional players urged upon the fact that these changes could potentially bring these agents to the competitive and give them the spotlight that they deserve.

Riot also talked about their earlier way of balancing agents, in which the emphasis was on putting out small minute buffs to make agents viable for the players. However, as we talked about, it didn’t pan out as they would expect from a broader perspective.

On the same topic, Riot commented. “Starting with 2.06, we’re taking a more aggressive approach with our updates so that we see a larger impact to Agents with each one.” Therefore, players should expect some ‘spicy’ changes in the future, with unpopular agents making their way onto Valorant.

However, big meta-shifting changes have hampered the esports scene of many games in the past. But, Riot Games is no stranger to this problem. They have made a systematic way of introducing new changes to the game. They would be releasing major changes after the end of Masters 1, which is now. Then, the next major update would be after the end of Masters 2. Meanwhile, there should be smaller updates to fine-tune these big adjustments. This will give pro players appropriate time to get used to the current meta of the game.