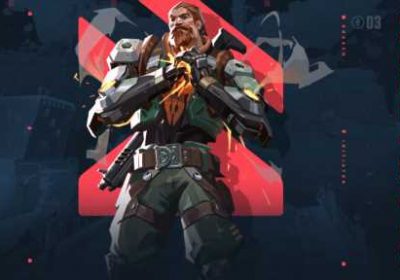 The VALORANT Champions Tour has moved past the Challengers 1 stage, as teams are still hunting for their golden roster. Most teams have locked their squads in for Stage 2, but others are still moving pieces or finally signing to organizations. But, as Stage 2 comes to its final qualifying stage, teams are fighting for a final chance to qualify for Masters 2 in Iceland. These are some of the more important VCT Stage 2 roster changes.

In a whirlwind new cycle last week, Fnatic benched two of its starting players and signed two new players on April 8. Nikita “Derke” Sirmitev and Martin “MAGNUM” Penkov debuted for the roster at Challengers 2. The team has already qualified for the main event and they are in contention for a spot in the Challengers Finals.

Before Fnatic, Derke was the lone Swede on the Russian squad CrowСrowd. The Duelist played most recently in the CIS Challengers 1 Grand Final. His team lost but he notched 93 kills in the five-game series on Jett and Raze. MAGNUM, on the other hand, has bounced around a few squads before landing on Fnatic. He primarily plays Sentinels but he has piloted Skye in Fnatic’s recent matches.

Of the roster changes in Europe for VCT Stage 2, these two may be the most important as Europe only has two slots for Turkey, Europe and the CIS regions at Masters 2.

The Kooky Koalas, formerly DaHoonkaBhanKoloos, is an amateur team that qualified for the last Challengers event of Stage 1. The team, captained by Kyle “ScrewFace” Jensen, went out of the tournament relatively quickly. However, they caught some eyes from fans. The team is on-par with other tier two, and even tier one, VALORANT squads despite not representing an organization.

DHBK has finally found a home. Be ready for the official announcement coming soon! pic.twitter.com/0FRpGMQdvK

The team may be on the path to representation soon as their Twitter account has posted the patented contract signing gif. The squad did miss out on Stage 2 Challengers 1, but they have another chance to qualify for Challengers Finals starting April 15.

After a few weeks of skepticism on whether Tyson “TenZ” Ngo would continue his loan to Sentinels, he recently announced that the team has retained his services. TenZ was an instrumental part of their run to win Masters 1 and should be a factor in their attempts to qualify for Masters 2.

Sentinels failed to qualify for Stage 2 Challengers 1 and now they have one more shot to make it to Masters 2. The team was defeated by Built By Gamers and will have to battle through a qualification pool full of other Masters 1 attendees.