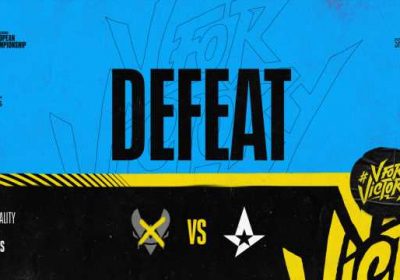 Vitality is officially out of LEC Playoffs contention after Schalke took down Fnatic in a very important game. While Schalke’s win against Fnatic keeps their Playoff hopes alive, it means the end of the road for Vitality.

They join Astralis on the list of teams with no chance of representing Europe at MSI this year. Instead, they will have to focus on ending the Spring Split in the best way and look towards the Summer Season.

A review of Vitality’s Spring Split in the LEC

Vitality’s roster began the LEC Spring Split with enthusiasm and hopes for a better year. After a disappointing ninth-place finish in the 2020 Summer Split, they parted ways with Lucas “Cabochard” Simon-Meslet and Cantoursna “Nji” An. Vitality added EU Masters winner, Mathias “Syzgenda” Jensen to their roster.

Asides from Syzgenda, Vitality made no further changes to their roster at the start of the Spring Split. They kicked off the 2021 season with a loss to Schalke but bounced back with a very impressive win against Misfits. However, the win meant little as they continued to struggle in the LEC. They were tied at the bottom of the standings at 1-6 with Astralis.
Vitality looked to solve their problems by signing former SK Gaming AD carry, Juš “Crownshot” Marušič.

However, Crownshot alone could not give the team all the solutions they desperately needed. Their performance improved a bit but they never really left the bottom of the standings. Their loss to Astralis sealed their Playoffs fate as it was nearly impossible for every other factor to favor them. For them to qualify for Playoffs, they would have needed Schalke and Misfits to lose their remaining games of the Split and for Excel to beat Schalke.

Hopes for Vitality in the Summer Split

Vitality has a lot of time to prepare for the Summer Split and come back with stronger. While it is unlikely that the team would carry out any major roster changes, it would be no surprise if they looked to explore other options. The Vitality roster must work on their team-fighting and macro decisions.

Astralis’ Matti “WhiteKnight” Sormunen’s Pentakill against them is a perfect example of how quickly they fall apart in team fights. Although the team is full of young players, it is clear that they have talent. But talent alone is simply not enough to compete with the best teams. Vitality returns to the LEC tomorrow to take on Schalke at 12 p.m. ET.