Home » eSports » Which beginner champion to choose in League of Legends: Wild Rift

Which beginner champion to choose in League of Legends: Wild Rift 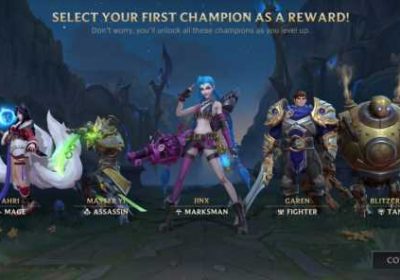 League of Legends: Wild Rift is finally available for mobile devices worldwide. This means that all players will have to start from square one, as the game doesn’t come with any champions or skins.

Wild Rift offers players one of five beginner champions upon completing the tutorial. Here are the different champions and how beginning players can choose the best one for them.

Jinx is the beginner choice for marksman champions, but she’s not quite as easy as others in the class. Marksman champions rely on ranged attacks and abilities to deal damage, However, they have low health and defensive stats. Jinx is a strong character in the later stages of the game, but she often struggles in lane. Her abilities don’t do much for her in lane and her auto attacks are weak without items. Her main ability lets her swap between two guns and it takes time to learn which gun to use in different situations.

Jinx probably isn’t the best choice for a beginner. As she is the level five reward, she is easier to use and learn the marksman role on. Unless the player really wants to learn the role instantly, there are better beginner champs to choose from. Jinx did get a new exclusive Wild Rift skin, however, which makes her more appealing.

Blitzcrank is a strong and relatively easy support character to learn, which makes him a great pick for beginners. The support role is versatile and there are many different champions that can fill the role, but each of these characters offer different ways to help their marksman. Blitzcrank supports his with his hook, which pulls enemies toward him, leaving them out of position. He can then knock them up, giving his lane partner plenty of time to dish out damage.

Blitzcrank is a great option for anyone interested in learning support. He doesn’t excel at other roles, though, so players should only choose him with the intent of supporting.

Ahri is the mid lane beginner champion in Wild Rift. She is fairly easy to use but she does have a slight learning curve. As a ranged mage, her auto attacks deal very little damage and she relies heavily on her abilities in combat. Her basic combo revolves around landing her Charm ability to render opponents vulnerable. She is great at roaming and ganking once she gets her ultimate.

Mid lane players should definitely choose Ahri. She teaches a lot of good habits that most mid lane champions will make use of, such as comboing abilities and roaming for kills.

Master Yi is the jungler for beginners. His abilities are extremely easy to use but the role itself is difficult. Junglers rely on killing jungle monsters to gain experience and gold, while also helping their team by ganking different lanes. Junglers need great map awareness and game sense to know where they need to be at any given time.

Aspiring Junglers should take Master Yi here because he is the only beginner champion Wild Rift has to offer for the role. Master Yi players should focus more on farming the jungle than ganking, but they should never turn down the opportunity for easy kills.

Garen is probably the best choice for beginner players. He doesn’t use mana; his abilities are simple and straightforward and he is versatile. Players can experiment with different item builds on him to get different results, such as a tank build or a damage build.

For new players who are unsure about which champion to pick, Garen is a safe choice. As he doesn’t require a lot of practice, players can enjoy other aspects of the game without having to focus all their attention on learning their character.