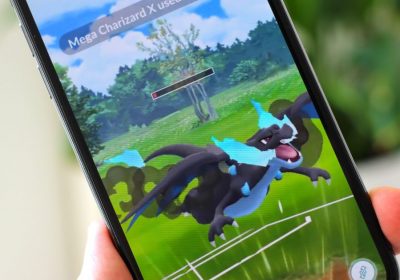 The campaign pressing Niantic to re-implement Pokémon Go bonuses and concessions made for social distancing and the COVID-19 pandemic gathered new momentum on Thursday with an open letter, written by the game’s biggest players and influencers, and backed by their large social media audiences.

The letter, posted this morning on the Pokémon subreddit The Silph Road, is signed by 28 players with a combined Twitter followership of 1.18 million. All of the signers, four of whom have audiences larger than 100,000, posted the letter to their feeds at 11 a.m. EDT under the hashtag #HearUsNiantic. It was Twitter’s sixth highest trending tag in the U.S. as of publication time.

The letter lists nine ways players have been helped by Pokémon Go’s pandemic accommodations, which made it easier for players to reach Pokéstops and Gyms, and from farther away. Those gameplay bonuses ended with an update earlier this week. The Pokémon Go community was already concerned and organized by that time, as Niantic’s announcement of the rollback in June faced immediate pushback.

Pokémon Go, an immediate global sensation when it launched in the summer of 2016, is played by visiting locations in real life, and interacting with Pokémon and virtual locations shown on a player’s mobile device. The reversion last week halved the distance at which players could spin Pokéstops. Before the change, some had been able to spin Gyms without leaving their homes.

Thursday’s open letter listed the ways in which the pandemic changes were helpful to the community, not just a way to make the augmented-reality game easier or more convenient.

“Many disabled Trainers could now interact with locations that previously excluded them from the Pokémon Go community,” organizers wrote. “Trainers with autism and sensory conditions could engage with the community from a more accommodating distance.”

“Allowing them to play with the community but not be overwhelmed by large crowds or triggering locations,” they added.

In turn, the changes fostered “greater courtesy and respect to [non-players] in the community by way of not crowding or blocking entry to businesses, private property, playgrounds, emergency services, places of worship, or memorials,” organizers wrote.

The letter also noted that a November blog post from Niantic left Pokémon Go players with the impression “this increased Pokéstop interaction radius would be made permanent.”

“The removal of this feature will and is impacting the community in countless negative ways,” players wrote in the letter. “We request the increased interaction radius remains a permanent quality of life change in Pokémon Go.” The letter asked for a reply from Niantic by the end of the day on Aug. 9

In June, Niantic gave a statement defending the reversions, saying it was doing so “where it makes sense to help restore the focus of the game on exploration and discovery.”

Since June, however, the spread of COVID-19’s Delta variant and the difficulty public health organizations have faced getting 42% of the U.S. population to vaccinate itself has renewed advisories to wear a mask in public and practice social distancing. Niantic has made no acknowledgement that these changes might affect how Pokémon Go is played. The game’s social media accounts have not responded to the hashtag campaign.

Two other hashtags, #BoycottNiantic and #PokémonNoDay spread on Twitter on Wednesday, with users calling on others to not open or play the game, or spend any money in Pokémon Go’s store.