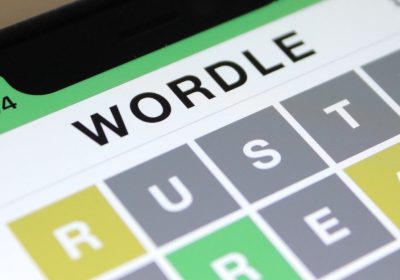 The New York Times, which recently acquired the viral word game Wordle and migrated it to its website on Thursday, has banned some offensive language in the game — although plenty of naughty words are still valid guesses for now.

Certain gendered slurs — including “bitch,” “whore,” and “sluts” — have been removed from Wordle’s dictionary. When you try to use any of those words, the game flashes a “not in word list” message, forcing you to come up with a different guess.

The moderation makes sense, given that Wordle is now officially a New York Times product. The newspaper very rarely publishes profane words, and they are not accepted in the company’s other viral word game, Spelling Bee.

However, other extremely NSFW words remain fair game in Wordle. At the time of publication, you could still guess “fucks,” as well as a vulgar slang term for female genitalia. Those options may be on their way out, too.

“Offensive words will always be omitted from consideration,” a New York Times representative told Polygon via email. “As we have just started Wordle’s transition to The Times website, we are still in the process of removing those words from the game play.”

Wordle began to achieve viral success in late 2021. In it, you have six chances to guess the five-letter word of the day. Each time you guess, the game gives you hints on whether you got certain letters correct, which allow you to hone in on the final word.

Wordle was created and originally operated primarily by one person, Josh Wardle. Upon selling it to the New York Times, Wardle said the game would continue “be free to play for everyone” on the Times’ website. That remains the case as of now — playing the game does not require a New York Times account or subscription — and not much else has changed. Some players’ word streaks initially disappeared with the migration, but they soon returned.