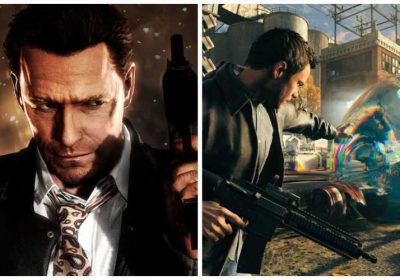 Not many genres are more satisfying to play than action games. The feel and flow of the combat can, at times, make you and the game feel like one, with all of your attention and focus on the game. Often those titles can be challenging but feel great to master. Xbox has a long history of quality action games, and thankfully many are backward compatible on Xbox Series X/S.

A few of these games even include some additional enhancements. Many action games are exclusive to Xbox, or at least exclusive natively with not having to deal with Playstation's Cloud Gaming. 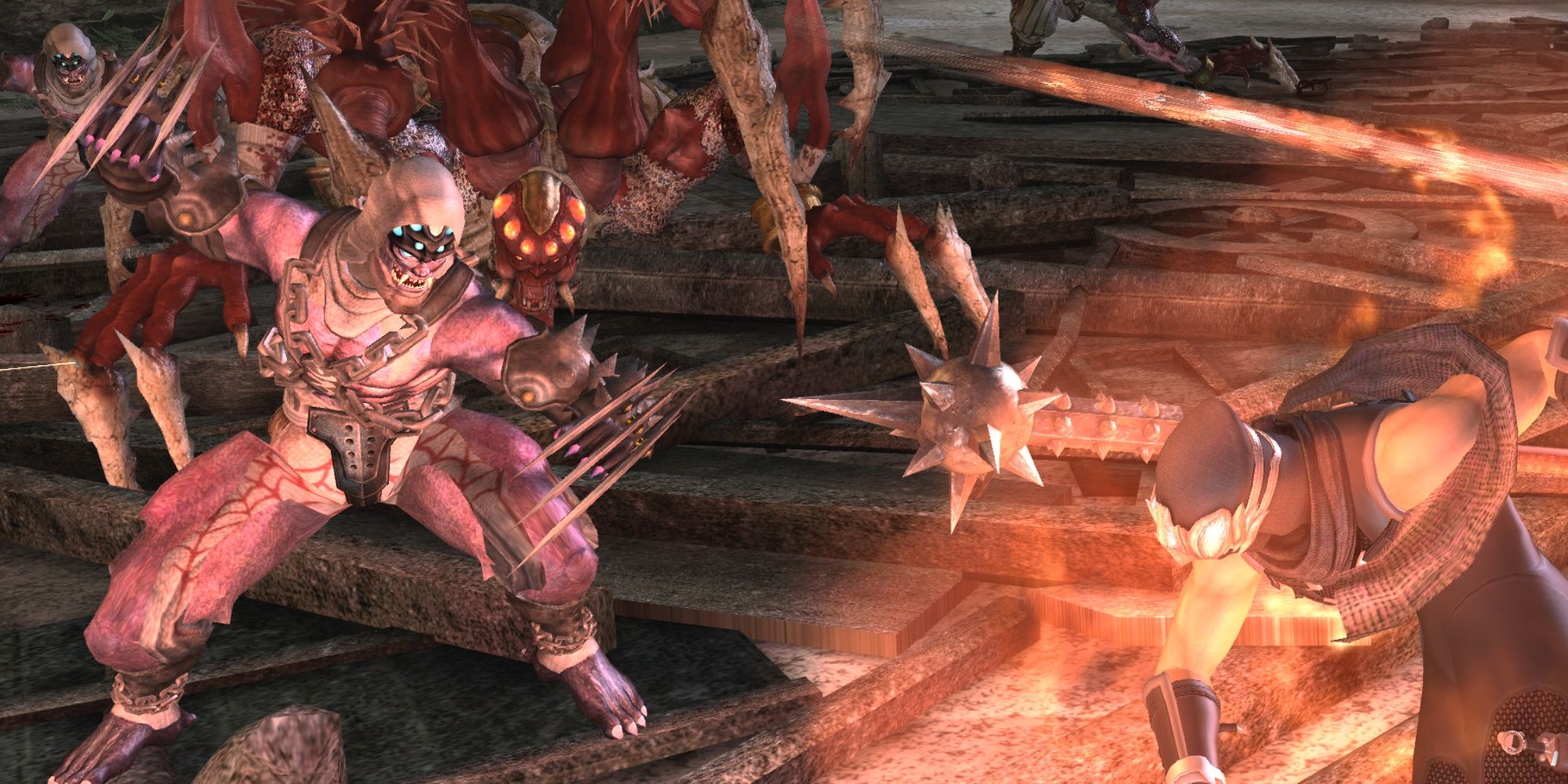 If there's one defining showcase as to why emulation can be better than the original hardware, it's Ninja Gaiden 2. On Xbox 360, Ninja Gaiden 2 was still a good game but had many flaws due to poor performance. NG2 had so many enemies on screen that it would slow the game down significantly and had very noticeable screen tearing. However, on Xbox Series X, all of that is gone.

The game runs at a locked 60fps at a nearly 4K resolution the whole time, even with a ton of enemies on screen. Ninja Gaiden 2 is one of the best and most chaotic action games ever. The levels are solid, the weapons are awesome, and the combat is like no other. If you've only played Sigma 2, you're missing out on the true version of the game. 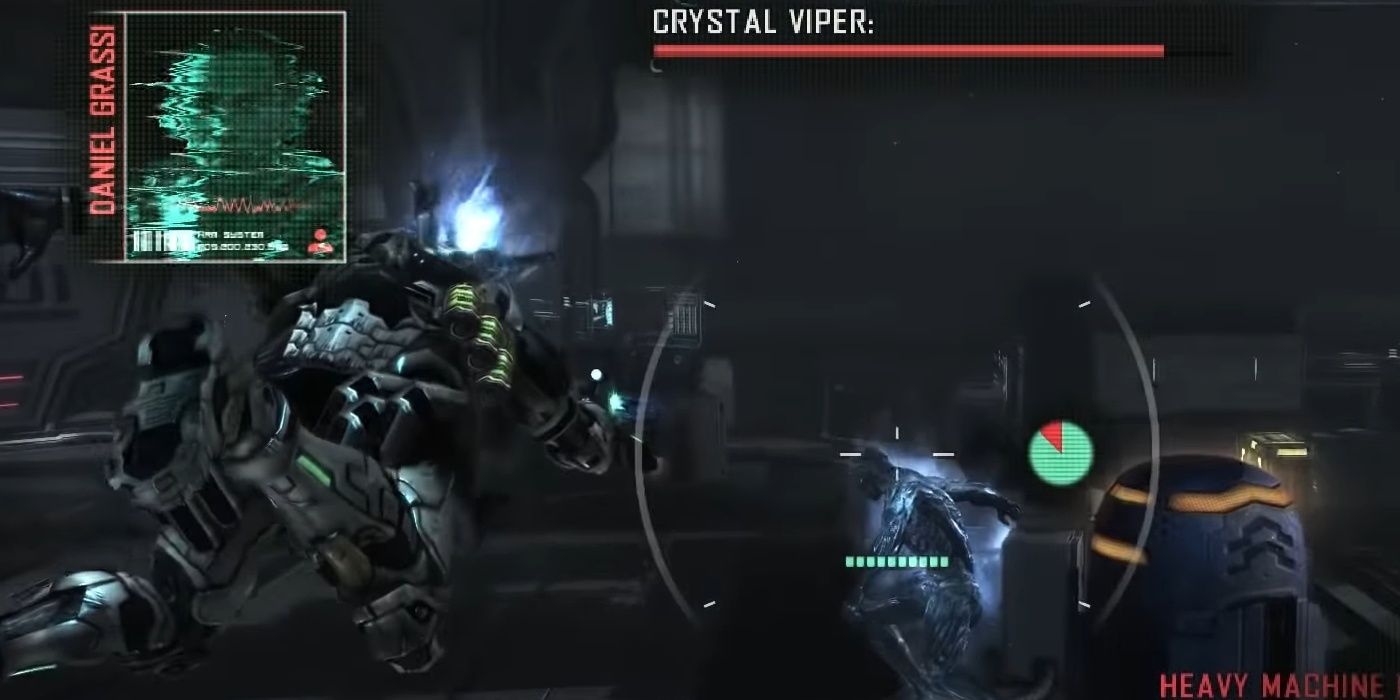 Vanquish is undeniably one of the best titles ever made by Platinum Games. Shinji Mikami's first and only game at Platinum, Vanquish, follows Sam Gideon, a former star college football player who takes part in reclaiming Providence. Vanquish is a third-person shooter that strays away from many conventions of the genre at release.

The game rewards you heavily by going on the offensive towards the enemy rather than staying in cover and taking potshots. It can take a while to adjust to how Vanquish plays with its various mechanics if you're more familiar with standard third-person shooters. However, once you get it, the game becomes incredibly satisfying. Both the Xbox One remaster and backward compatible 360 version are viable ways to play on Xbox. 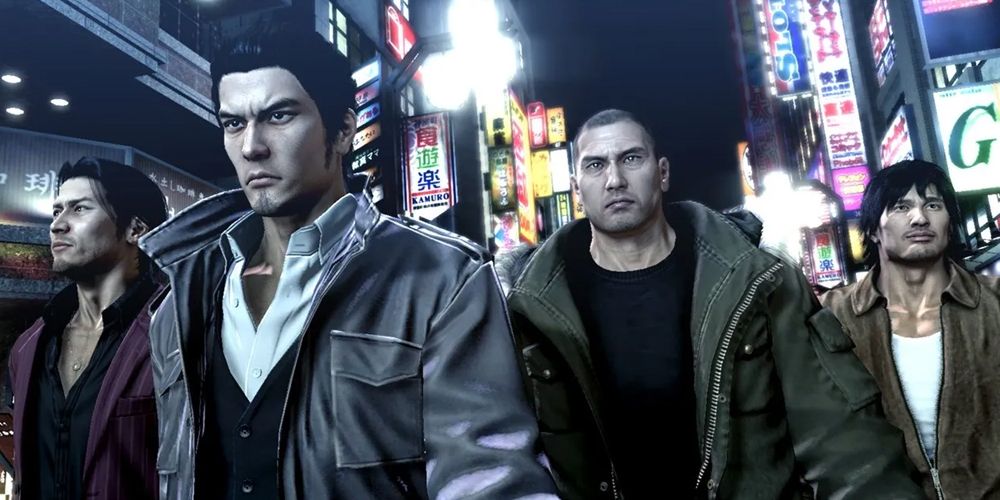 Out of all the action games on Xbox Game Pass, Yakuza 5 is the best. There's a lot of debate within the community about whether Yakuza 0 or 5 is the best. Still, regarding raw content, Yakuza 5 is the series's biggest, most jam-packed, and action-filled entry. With five areas and five playable characters, this title is massive.

If you like to go for 100 percent completion, this entry in the series will take you the longest. The combat is also one of the best in the series, and all four fighters are incredibly fun to play. Yakuza 5 isn't a good starting point if you're new, but once you're caught up with the series, this will be one of the most enjoyable entries. 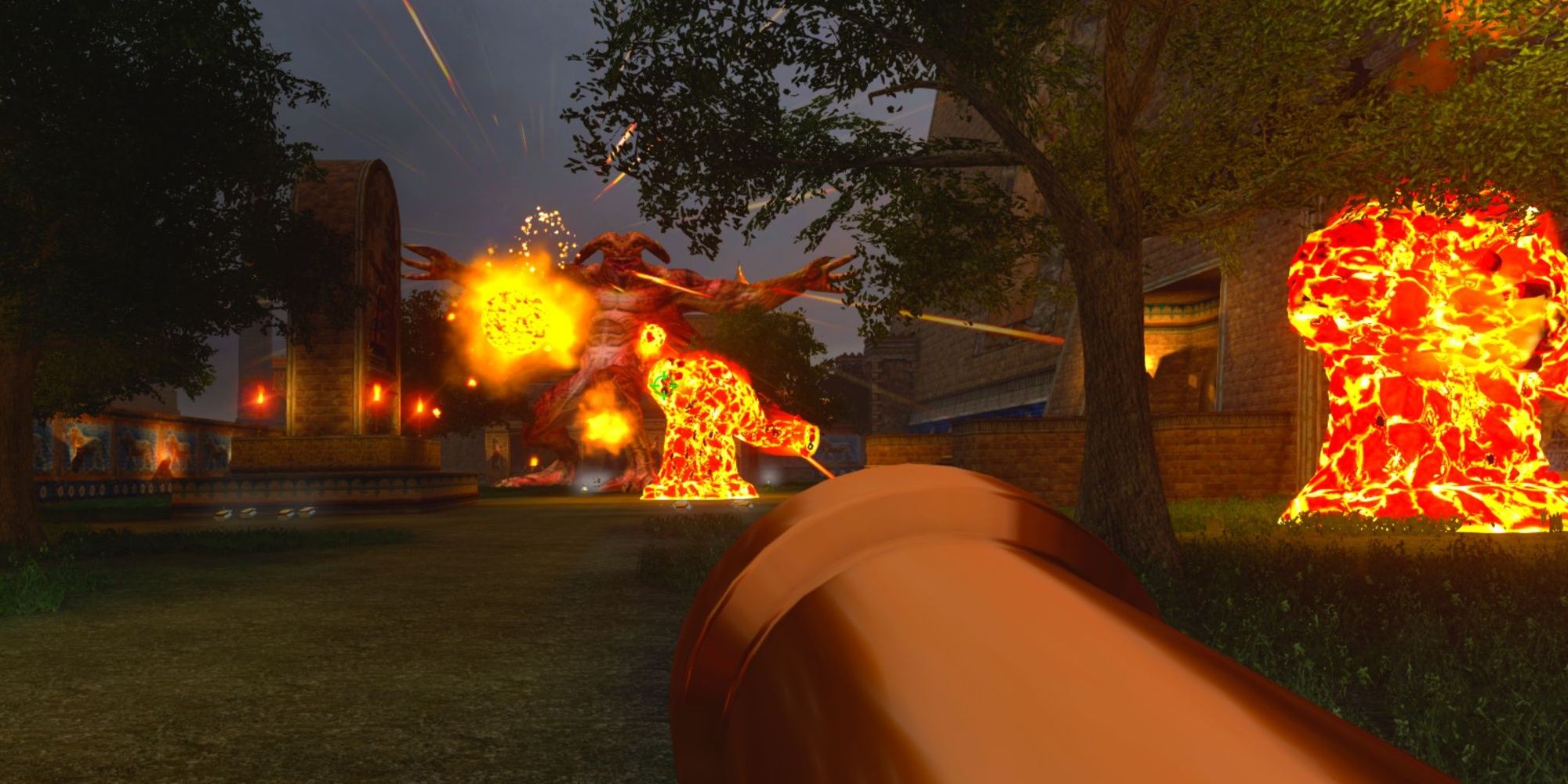 Serious Sam was one of the last classic first-person shooters of its era. It's a horde shooter with a distinct style. In The First Encounter, Croteam teaches you early on to expect traps whenever you pick up an item. The title is consistent with this rule, and while it may seem cheap early on, you later adapt to them and can see the traps coming. Both the arsenal of weapons and enemy types are great.

Once experienced, you'll constantly switch weapons to deal with threats properly. The Second Encounter is the fan-favorite of the series due to its new additions and stellar level design. Serious Sam Collection on Xbox includes the remade versions of both encounters and Serious Sam 3 and is highly recommended. 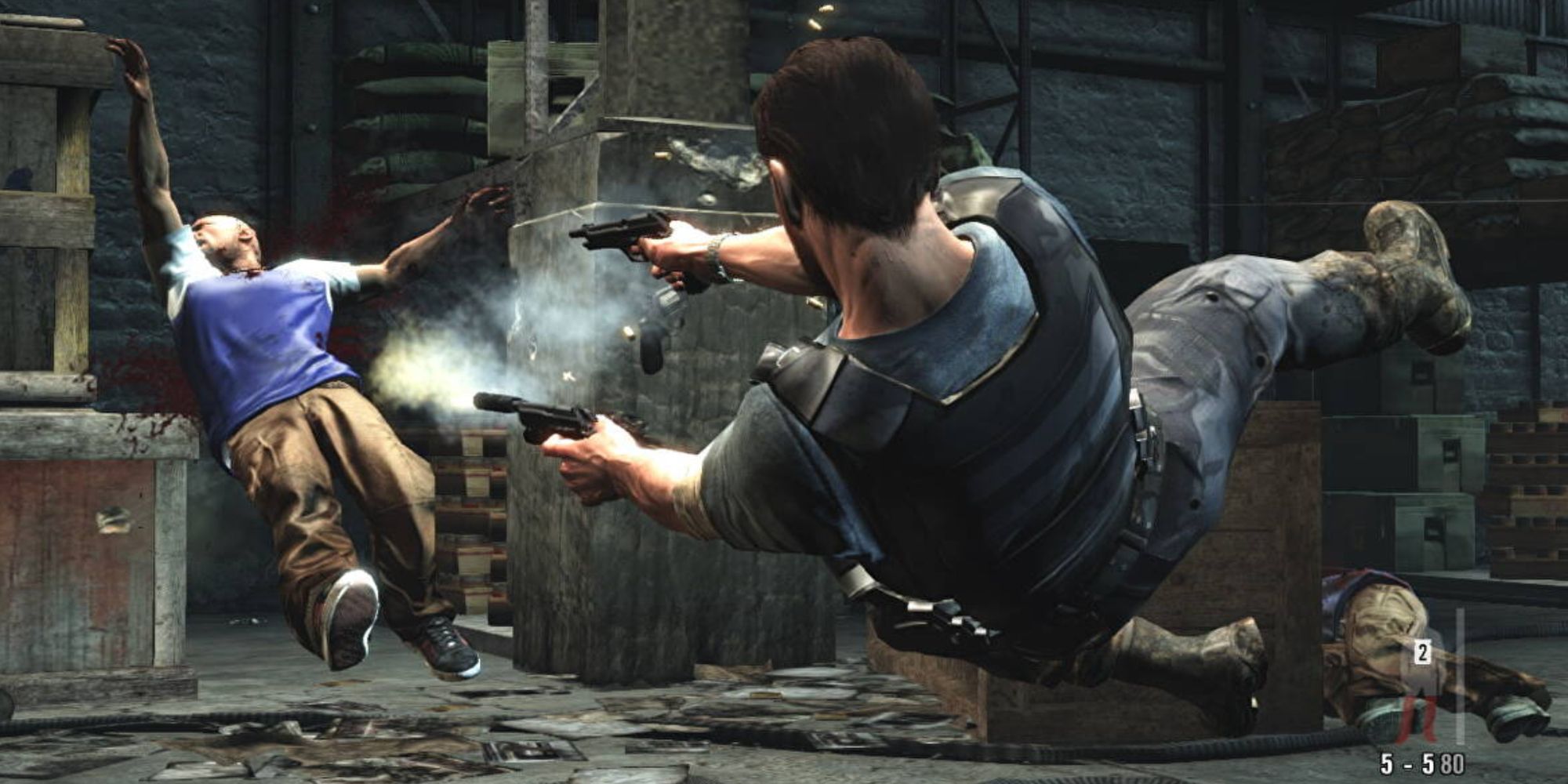 Max Payne is one of those action titles that changed gaming with its bullet-time shooting. While Max Payne 1 and 2 are currently receiving a remake by Remedy, the third installment will not. Max Payne 3 is another excellent action game filled with fun John Woo-style gunfights. The campaign is well-paced, with many incredible moments, although it is a shame you can't skip cutscenes.

There are plenty of difficulty settings, and the hardest ones will test you to your absolute limits. Multiplayer was added in Max Payne 3, but the servers have since been shut down. All three Max Payne games tend to go on sale rather often on Xbox, and the third game is definitely worth a purchase. 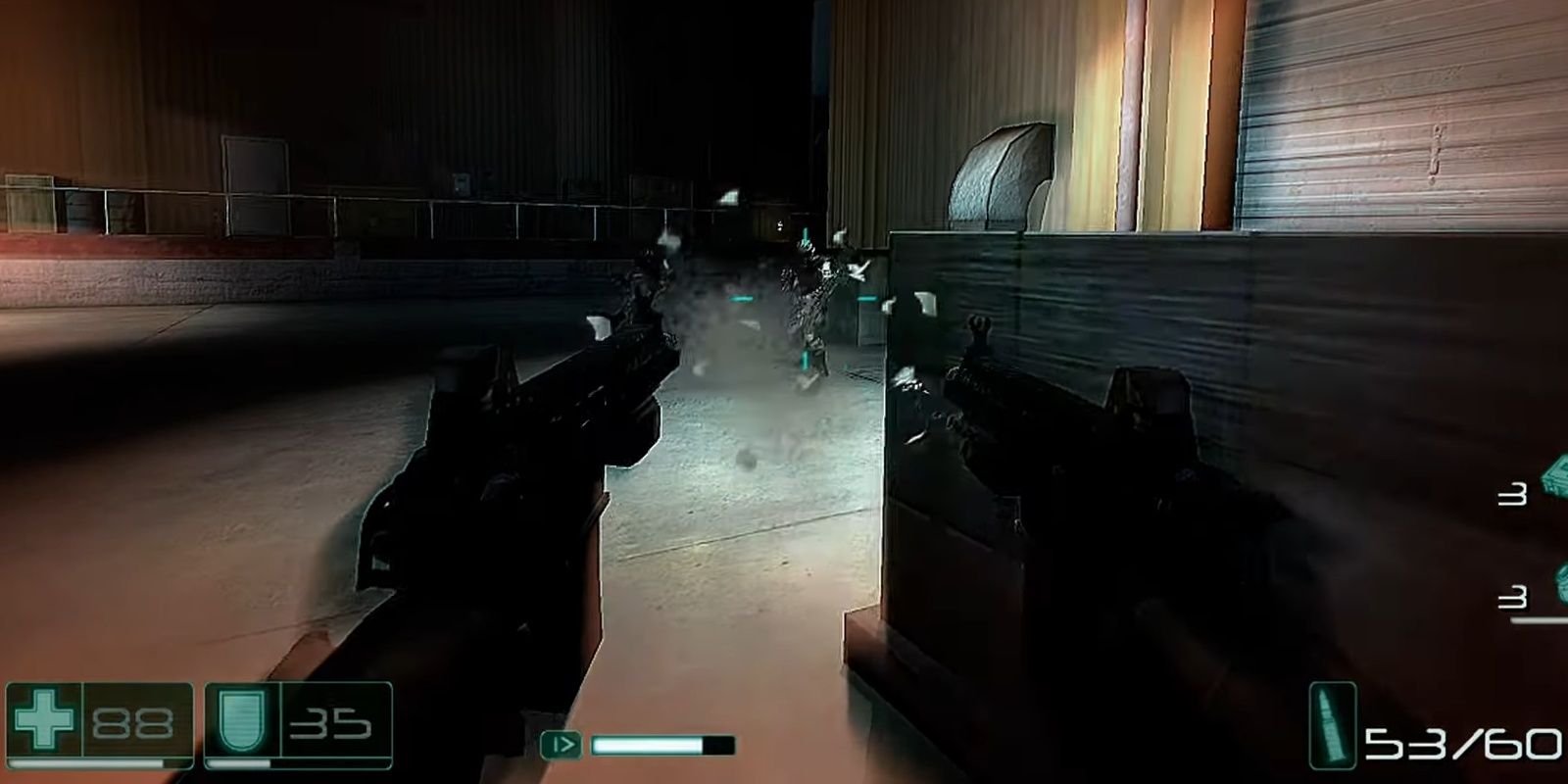 While the first Fear title shows its age, especially with its unorthodox control scheme, it's still a fantastic action-horror game. On Xbox Series X, the game has FPS Boost and runs at a locked 60fps. The core of Fear is yet another John Woo bullet-time shooter but in first-person. Gunplay works incredibly well in this style, and blasting fools in slow-motion is satisfying.

However, Fear's controls will likely be a big hurdle for you because it's unlike any modern shooter today. Developers still hadn't nailed down fps controls on consoles yet during the early 360 days. If you can get used to the controls, you'll experience a stellar action game. Unfortunately, Fear 1 isn't available digitally and is only playable through the physical disc. 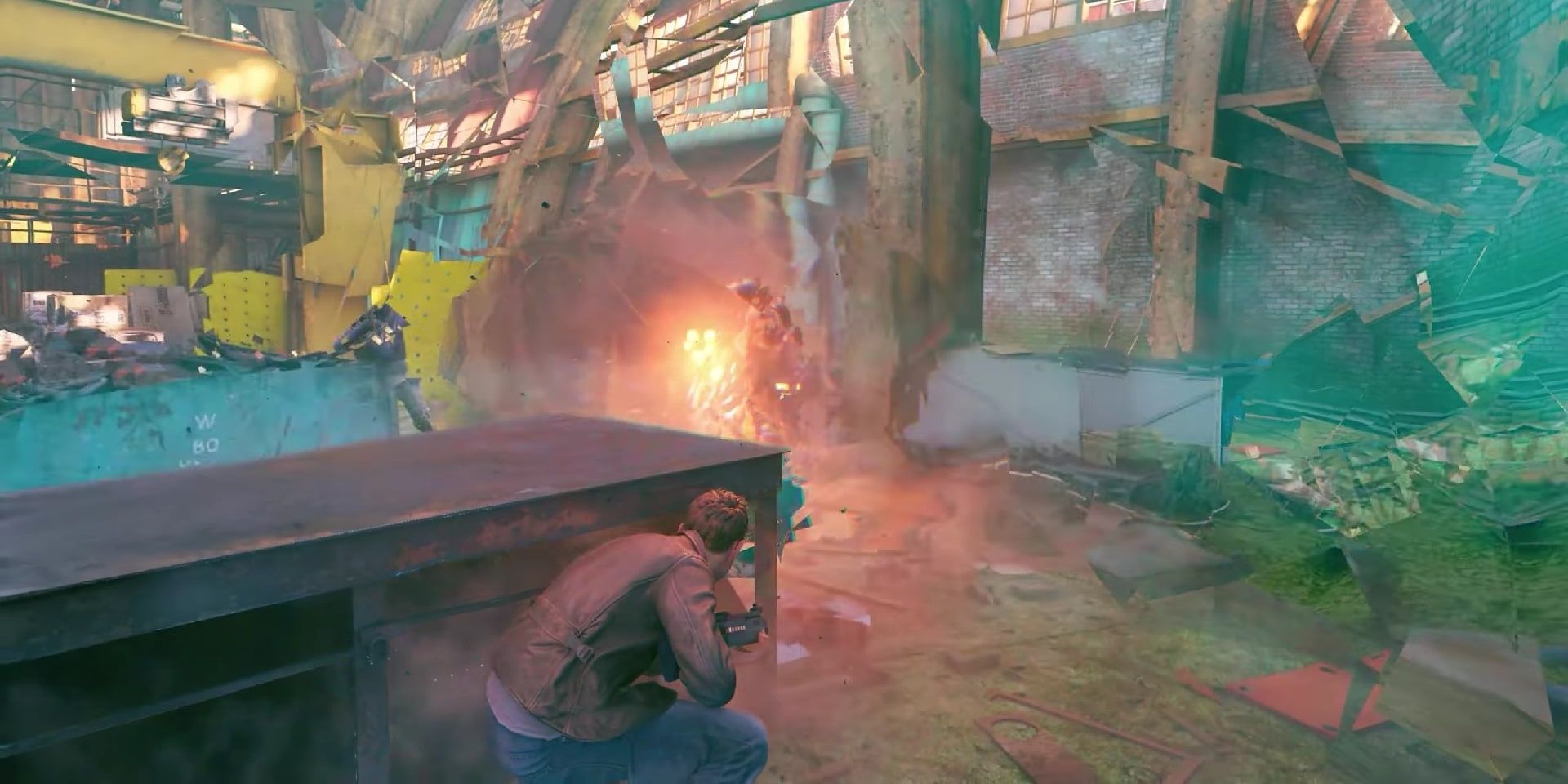 Quantum Break was one of the first hyped Xbox One exclusives, and while it's not as good as other Remedy titles, it's still a great game. The combat is a lot of fun and very much a progenitor of what you would see in Control, with many similar abilities. Quantum Break has quite a big story to it.

After each of the first four acts, you'll watch a live-action TV show episode that changes depending on what you did. Unfortunately, the show episodes no longer stream in the game, so you must download them, which is 70 plus GB. The game itself is already 100 GB, so this game will eat up a bunch of space. Quantum Break is an excellent action game on Xbox if you have the space for it. 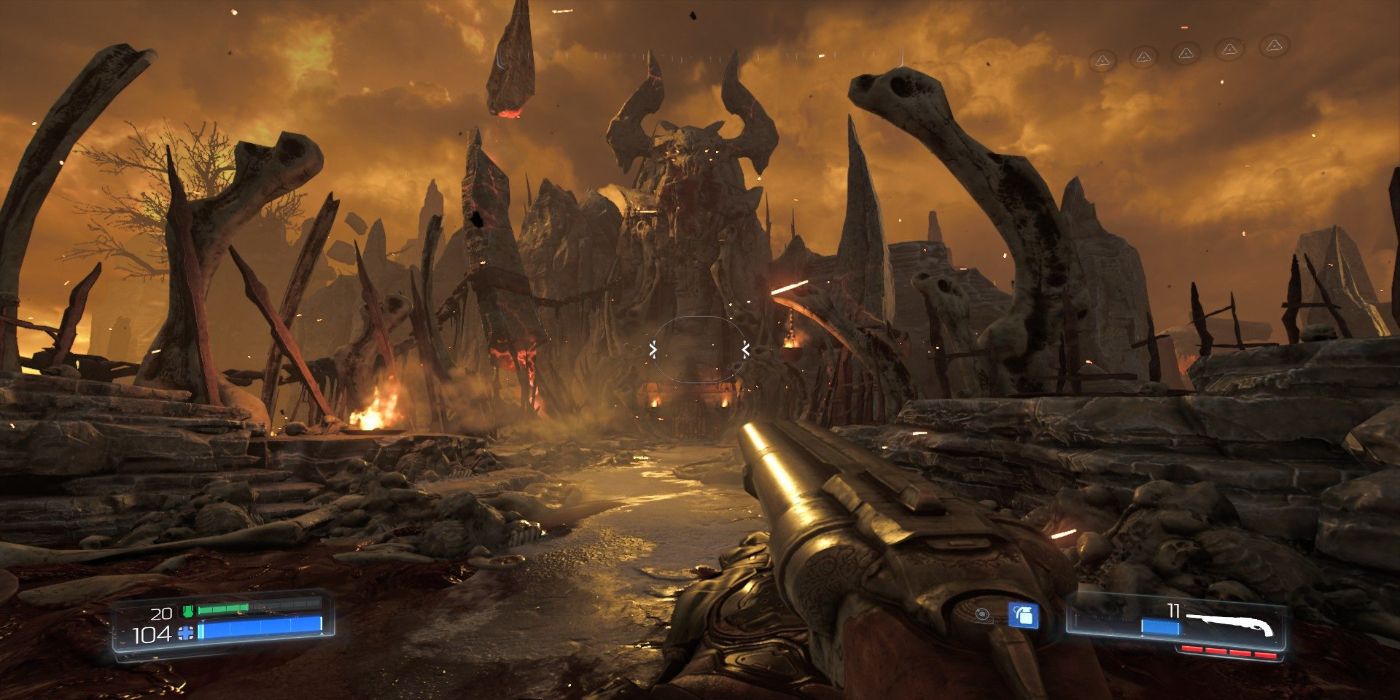 The end product is rather poor when most games are stuck in development hell. You can almost see its troubled development when playing games like Duke Nukem Forever and Devil's Third. That is not the case with Doom 2016. This reboot revitalized the series while being unique compared to other shooters at the time.

There's no reloading, no regenerating health, and no iron sights. The title felt like a triple-A old-school shooter and is a blast. With a well-paced, solid campaign, and a variety of DLC content, this game is a treat for any fan of classic shooters. It's on Xbox Game Pass, and although the multiplayer isn't great, it's at least better than Doom Eternal's Battlemode. 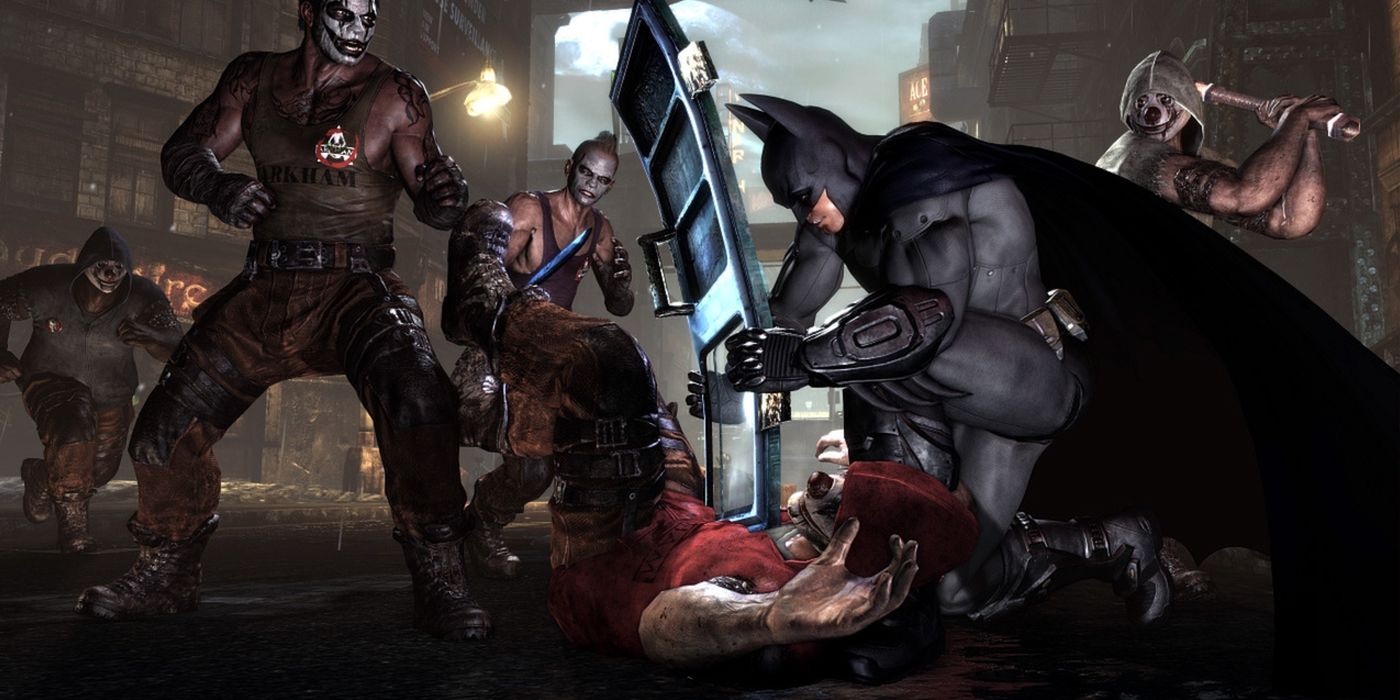 In this game, everything in the open world is fun to do. The combat is superior to its predecessor, with more options to play with and button mashing being less useful. Arkham City is packed with plenty of content, including a new game plus mode, story DLC, and tons of challenges, making it a must-play. 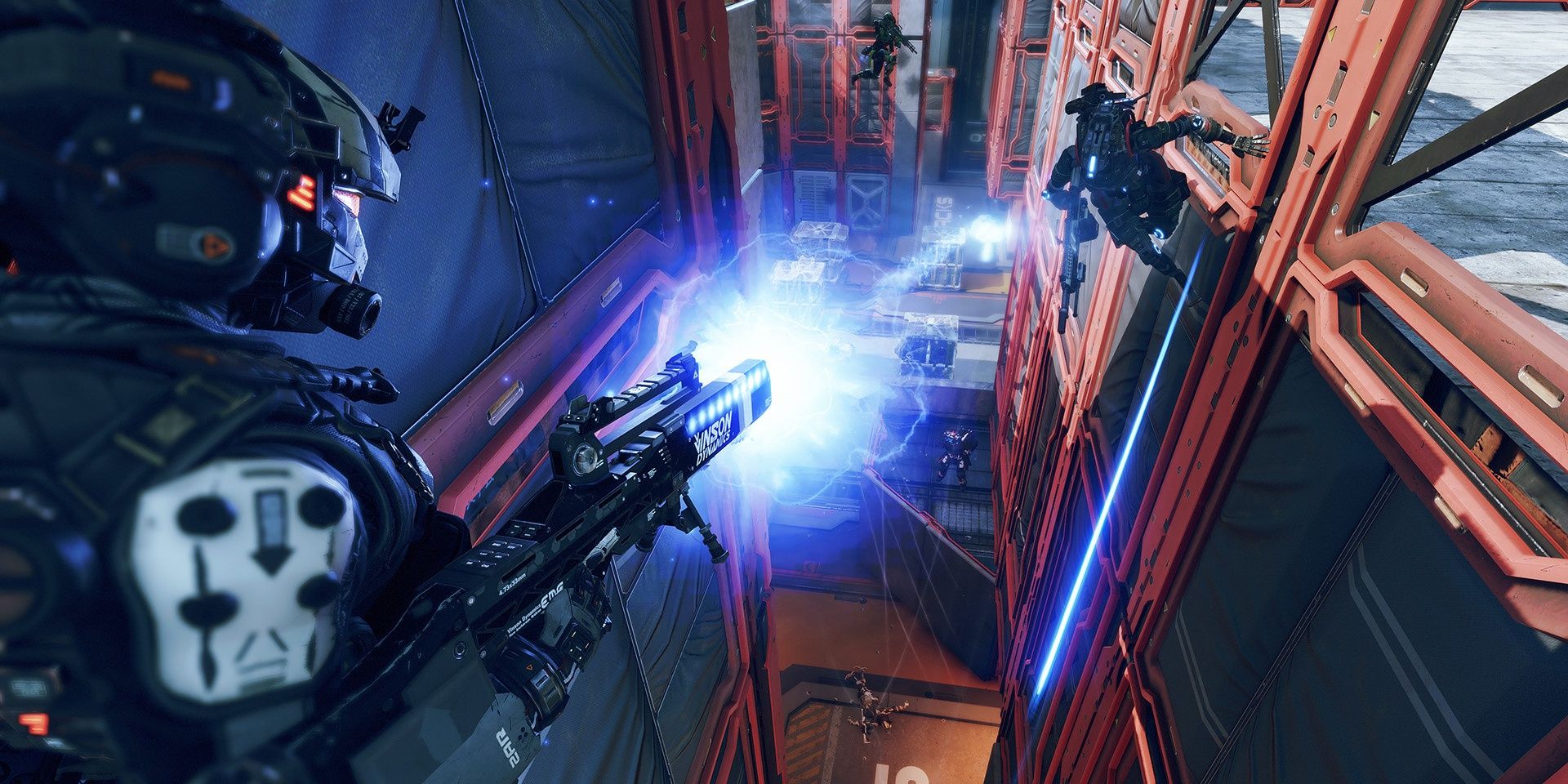 Respawn Entertainment was a developer formed by former Infinity Ward members after the big shakeup at the studio occurred in 2010. Their first game, Titanfall, ultimately didn't meet the incredibly high expectations. However, Titanfall 2 was when Respawn brought it, big time. The new campaign mode was excellent and in line with the quality Call of Duty campaigns of yesteryear. Even the villains were great, which is rare for this genre.

Titanfall's gameplay has that futuristic movement that was popular, but it can be hard to adjust. If you are used to the boots-on-the-ground gameplay of traditional shooters, it can be a while before you understand how you're supposed to play. When adjusted, the game's fantastic and is one of the best action titles on Xbox Game Pass. 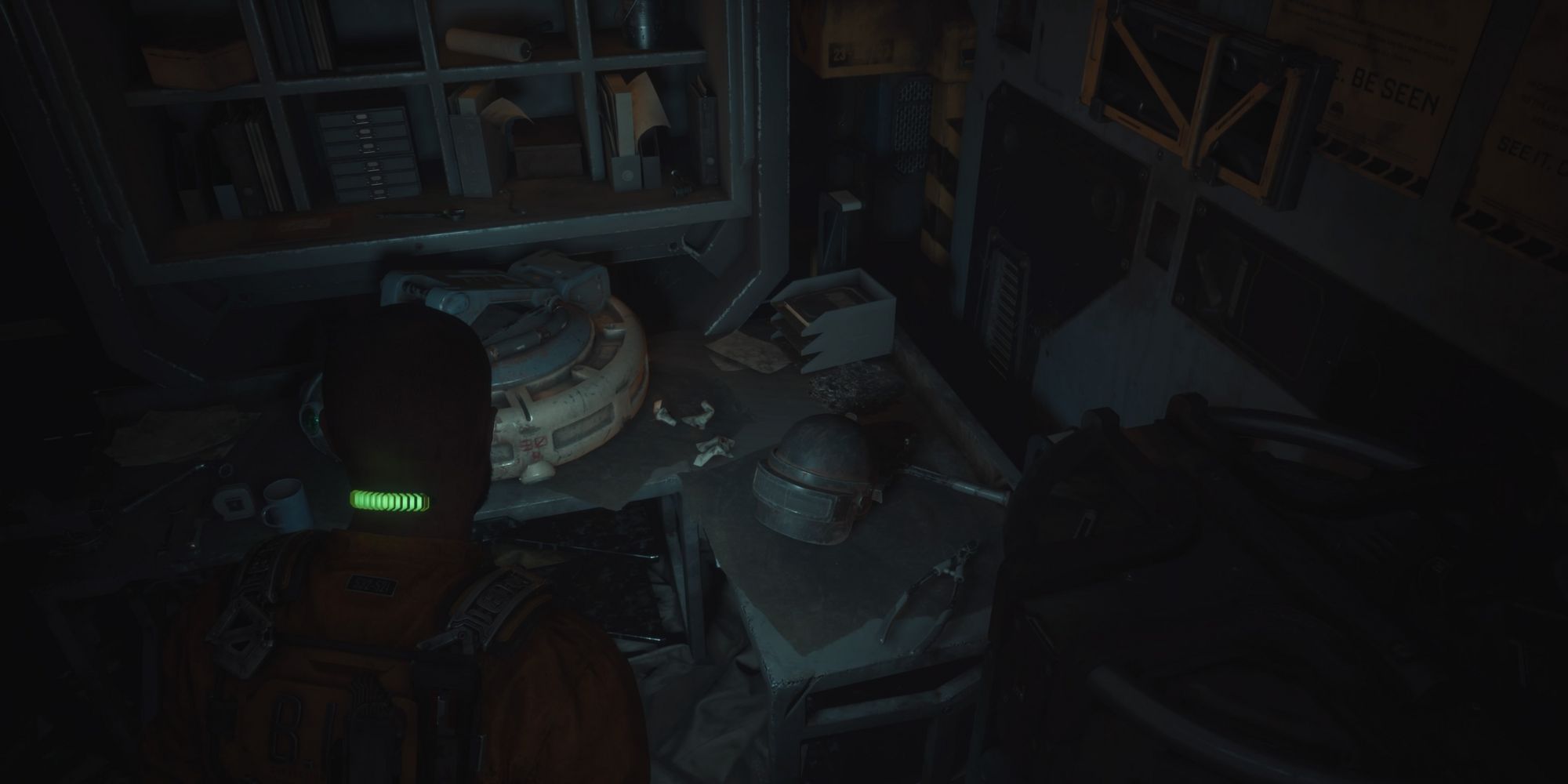