10 Changes To Make Aka Go From Good To Great 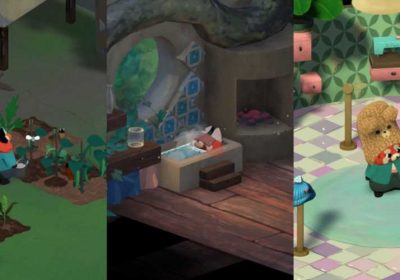 Aka offers an immersive, cozy experience where you play as Aka, a red panda who is learning to cultivate life rather than destroy it. You’ll plant a garden, clean up nature, and help island villagers while settling into your post-war days. Without enemies to fight, Aka’s low stakes nurture a relaxing atmosphere you can easily get lost in. Ghosts do appear at night, but not to worry, they aren’t the spooky kind.

Beyond its excellent art style and wholesome concept, the game struggles with clunky controls, pacing issues, and an absence of features. Aka has received patches following its launch, but if Aka wants to become an indie darling, these adjustments are worth considering. 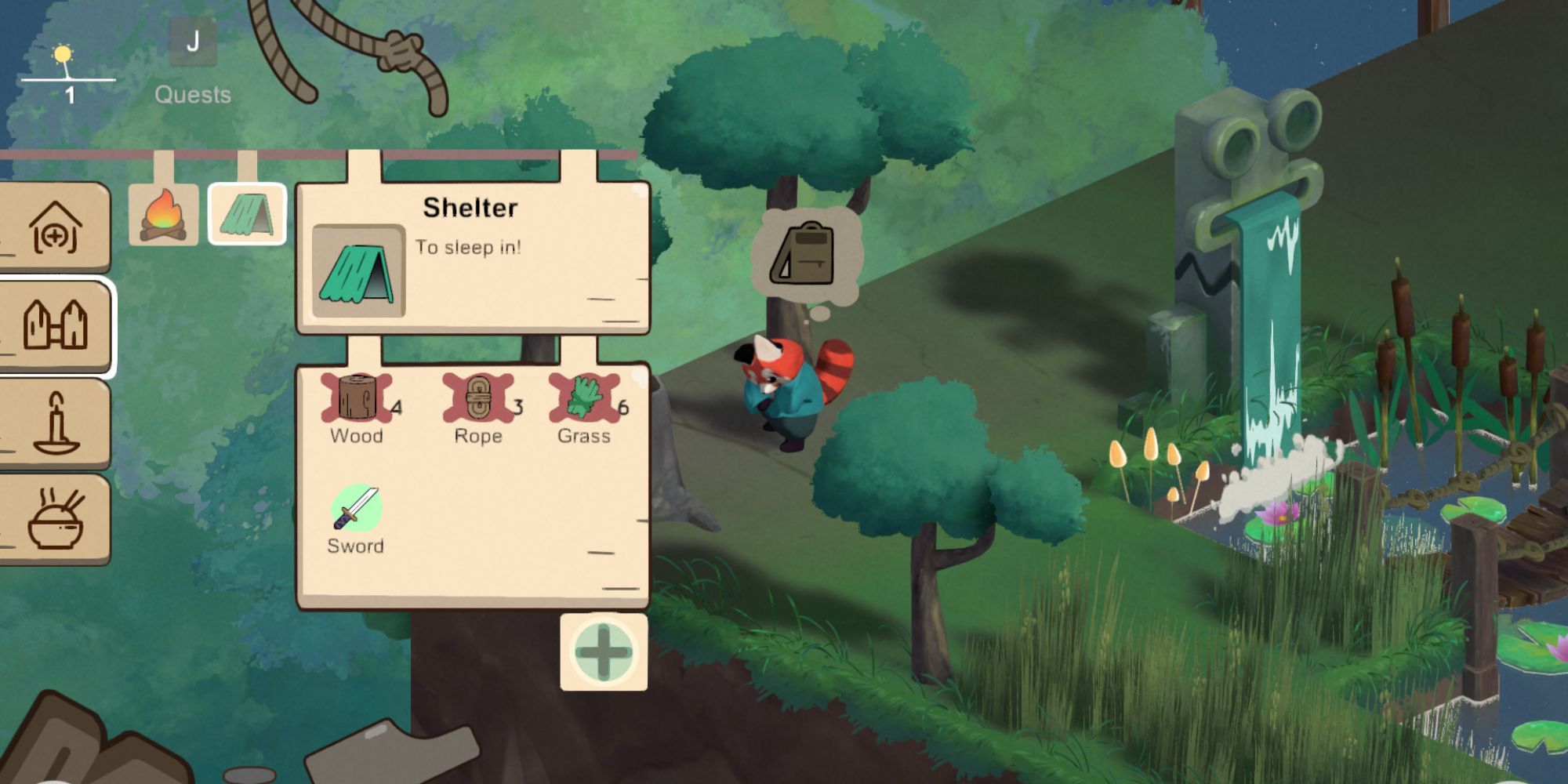 From your crafting menu, you can cook food, build furniture, and repurpose waste into resources. This is necessary for some quests such as feeding baby dragons or making a wooden toy for a ghost, and other times you just want to make a rug for your home.

Unfortunately, the crafting menu collapses immediately after creating one item. Grass can be turned into a piece of fabric, for example, so imagine what happens when you need six pieces of fabric for a recipe. Reopening the tab, choosing your recipe, and hitting the create button multiple times is needlessly time-consuming. The best solution to this problem would be the addition of bulk crafting by letting you choose how much of an item you’d like to create. 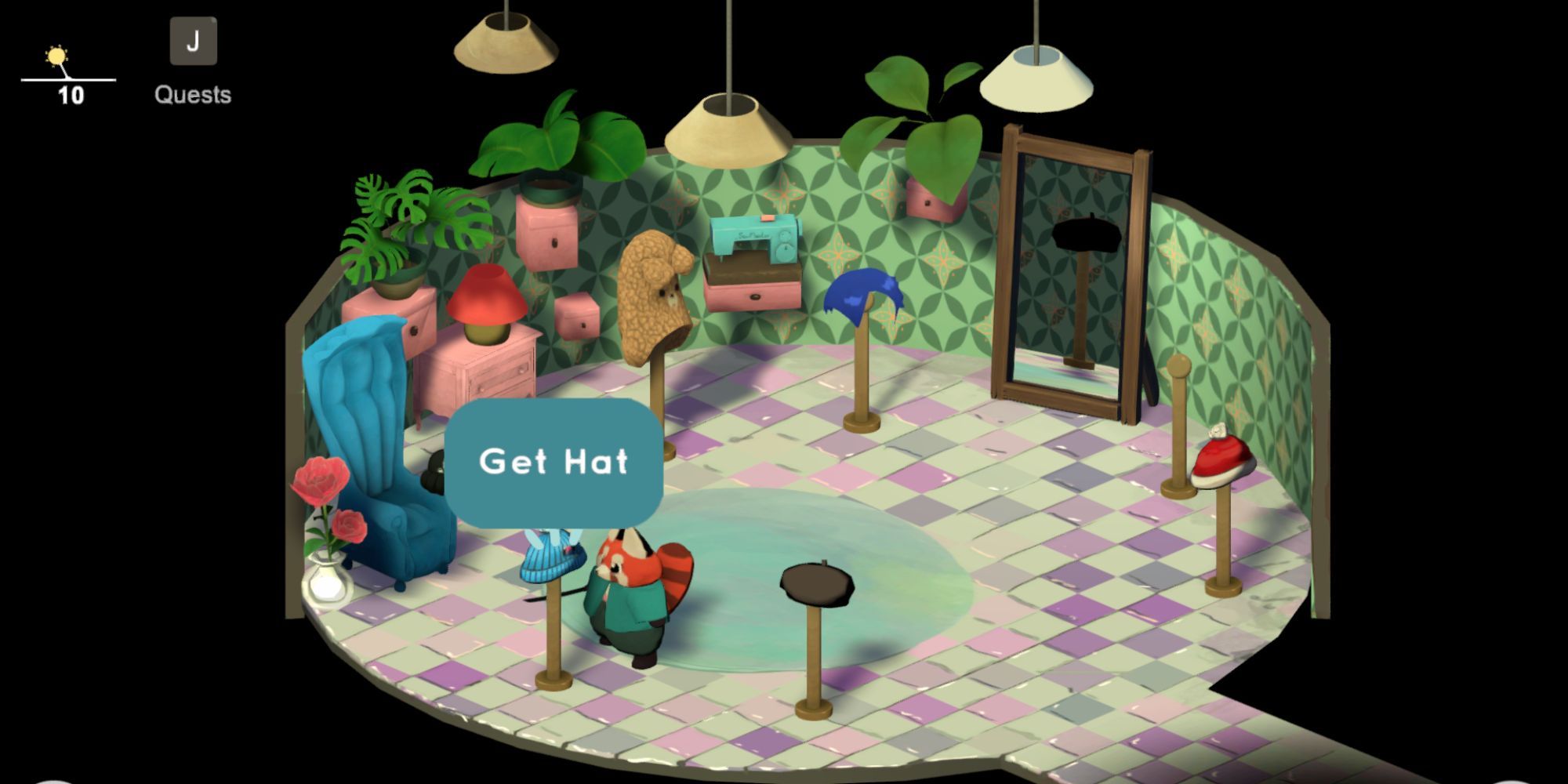 If you’re using a mouse and keyboard, you might find that Aka’s base controls feel awkward. You do have the option to switch to a controller or rebind the keybindings, but some issues still arise.

There are moments when you walk up to a location where you can “sit down” or you approach a hat stand that lets you “get hat,” but when these options appear, the UI locks in place and you are unable to back out of it. You’d have to proceed with sitting down or taking the hat in this case — or else you’re frozen. Opening up another menu like your crafting tab can free you, but that shouldn’t be a requirement for you to escape the issue. If these controls could be polished, the player experience would improve instantly. 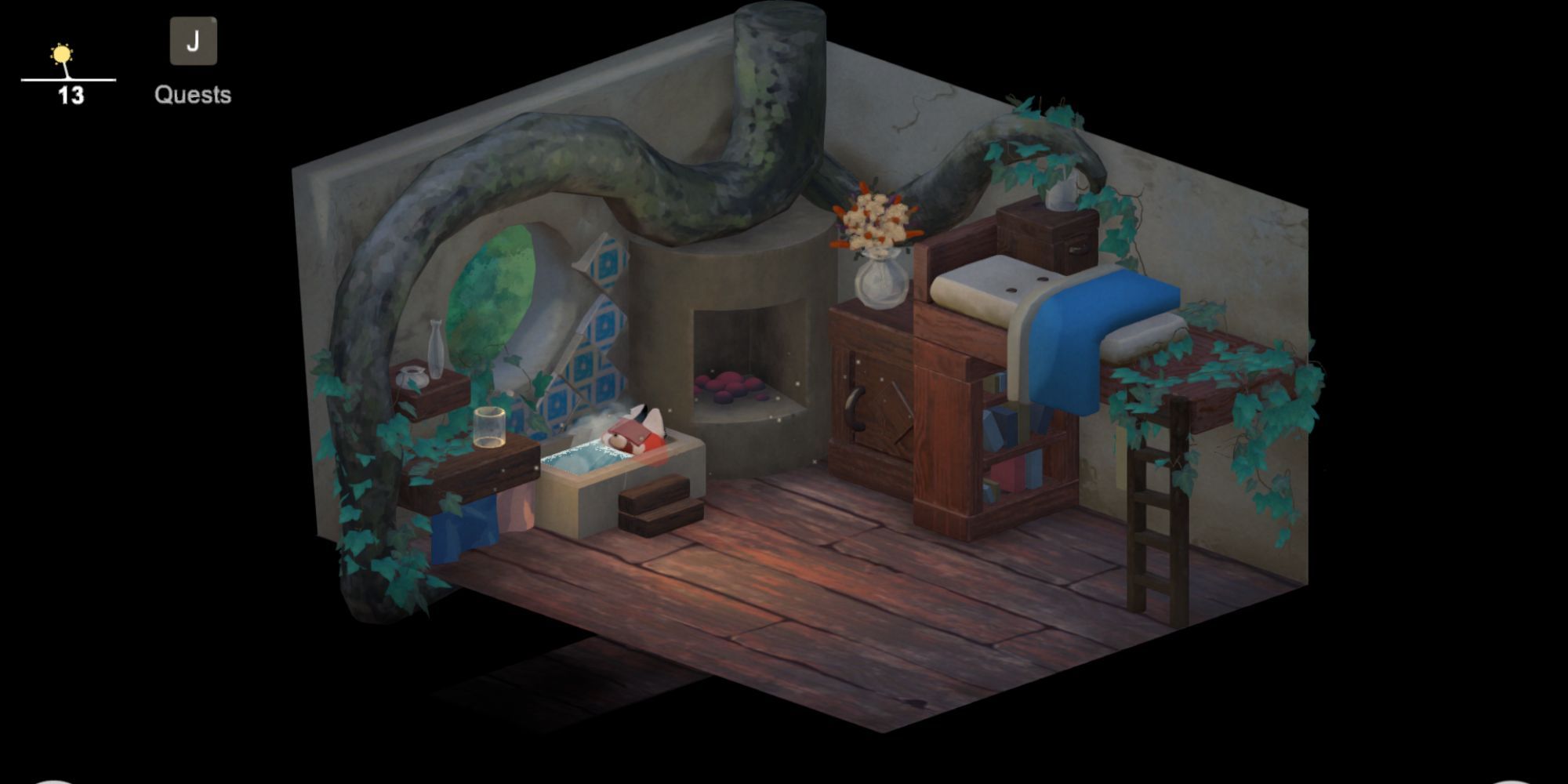 Life sims are expected to emulate real life to an extent, promising a level of immersion you don’t find in other games. Though Aka is categorized as both a life sim and farming sim game, its cosmetic and decorative features come across as unfinished.

For instance, Matis’ hat shop in the village feels like it’s missing a companion shop that sells additional clothing items. While trying on hats is a good start, being able to change the rest of Aka’s outfit would give you more freedom to personalize the character. It would also be great if there were more furniture blueprints for further personal expression inside your home. 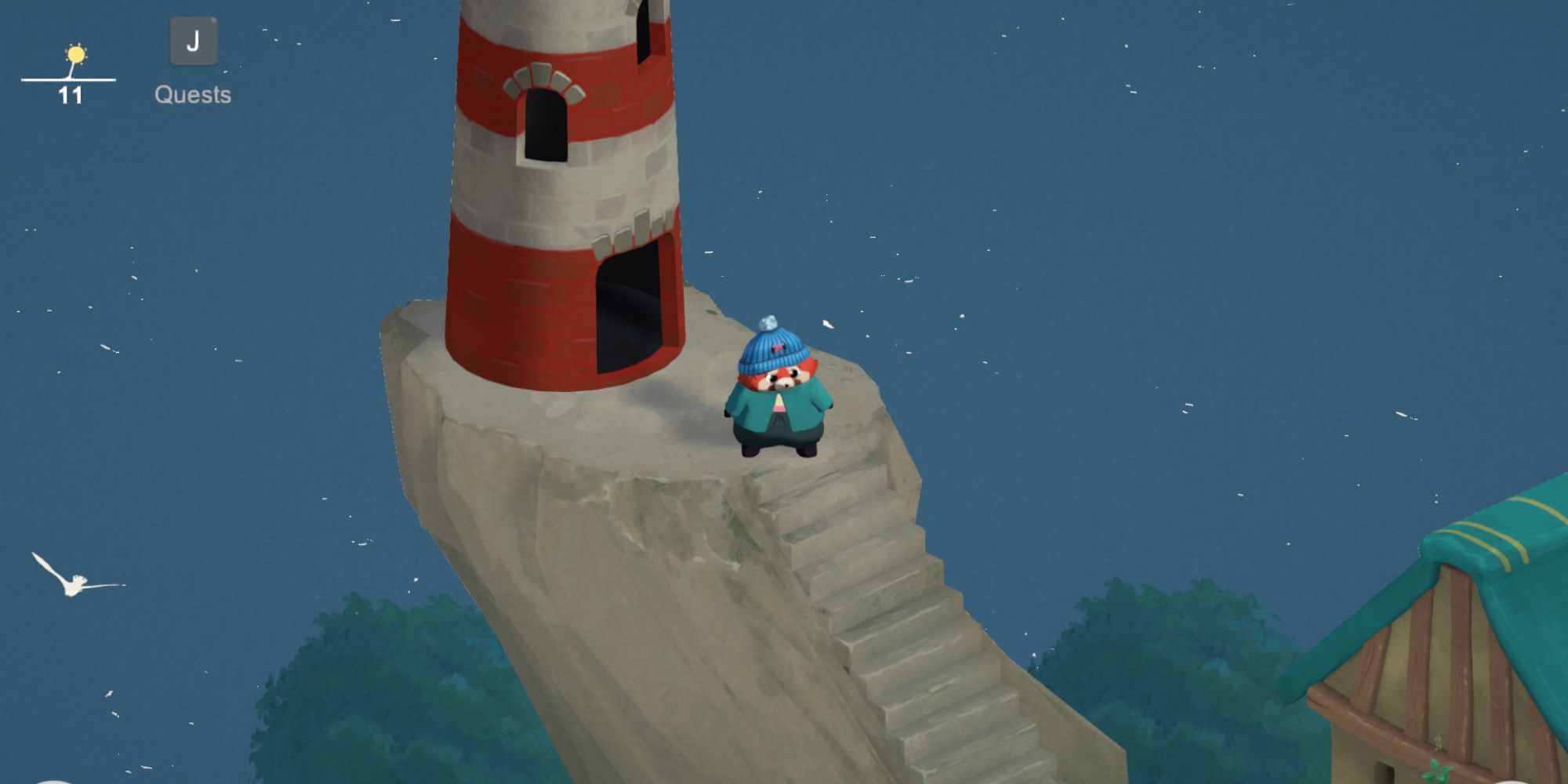 Exploring is a vital part of your playthrough. Characters give few hints about where to find quest items, and you’ll have to use your sense of curiosity as a guide.

Sometimes jumping is the only way to reach where you need to go. However, Aka's weak hop often causes you to collide awkwardly with the environment, barely clearing your landing spot. The jumping feels more like an elevated glide as a result and could be improved upon by letting you jump higher. 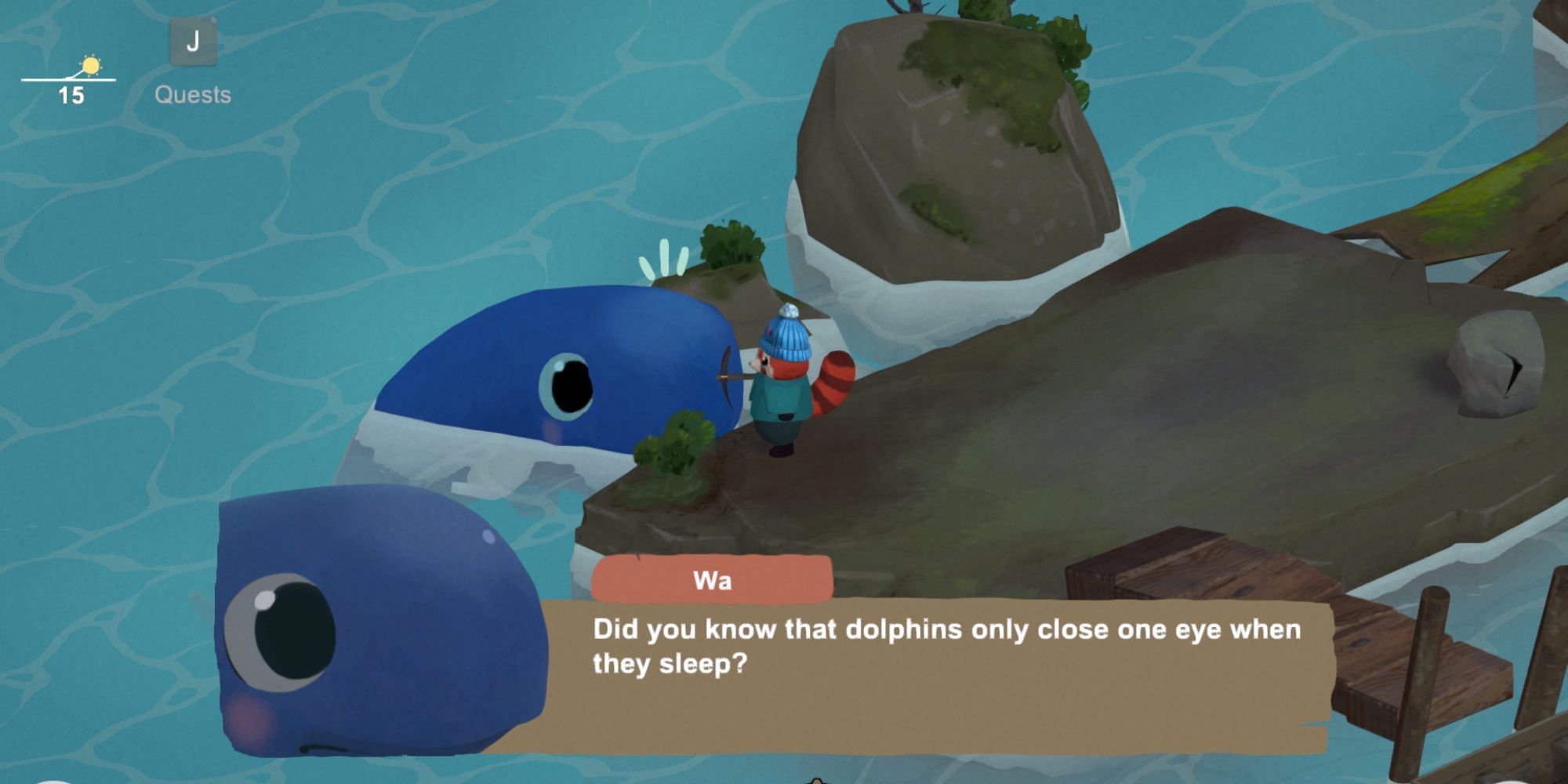 Aka has a wide cast of characters, including a wise koala, large dragon, and queen bee. Their unique personalities shine through in the initial dialogue interactions and quests, but as soon as you build a friendship with these characters, the conversations come to a sudden halt.

After talking to characters once or twice, you exhaust their dialogue options. Every time you talk to them going forward, they’ll repeat the same encouraging phrase, joke, or conversations you’ve already had with them. This not only breaks the immersion, but it limits how well you can get attached to these characters.

They have the potential to be memorable friends, but the game doesn’t allow many of them enough time to develop beyond being quest-givers. 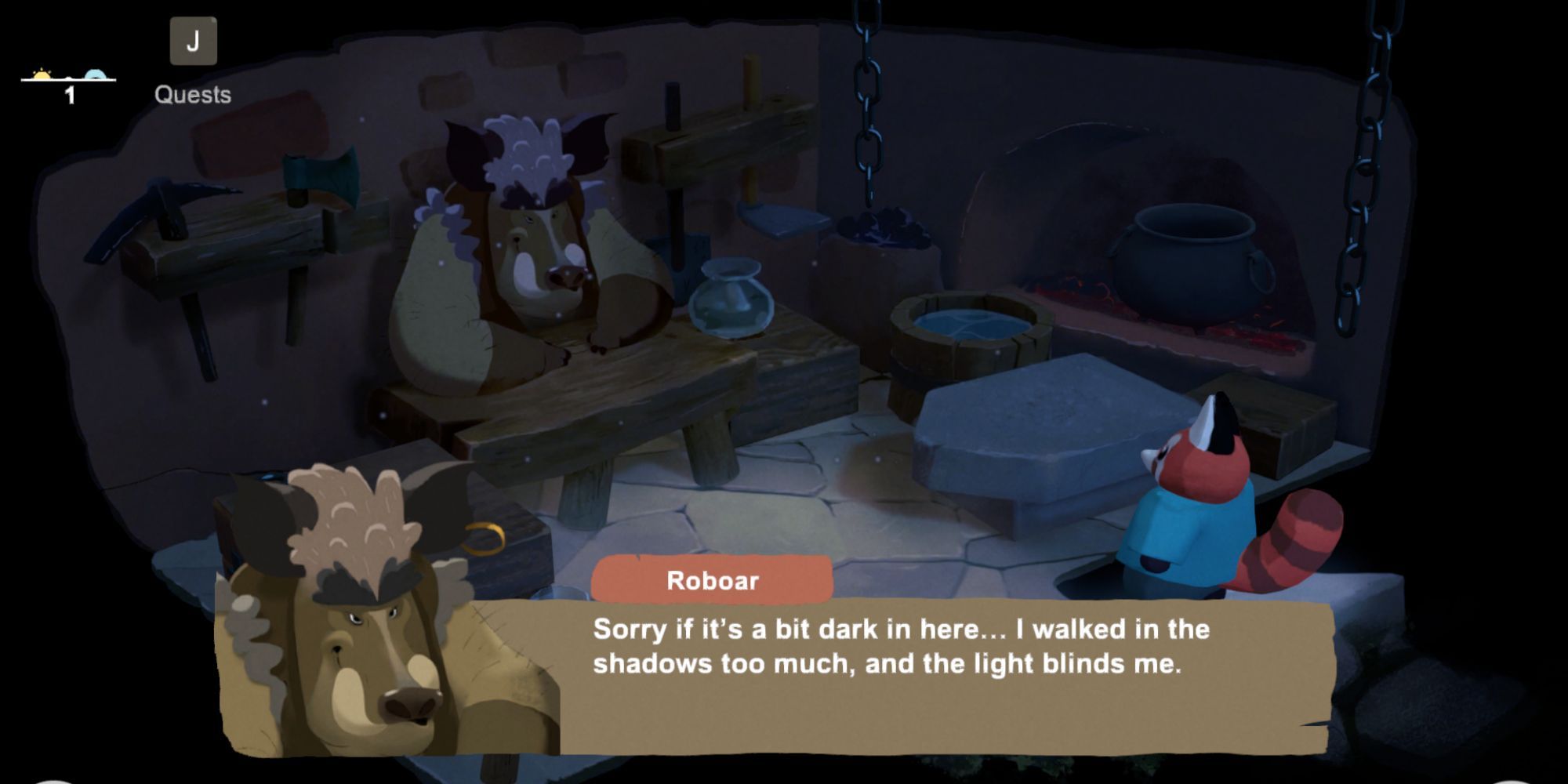 One of the first things you should do when you arrive in Pine Tree Island is talk to Roboar the blacksmith in order to get gardening tools you’ll need: an axe, pickaxe, and hoe.

You only need to craft these tools once during your playthrough, and while this may sound convenient, it feels like an unfinished system in its execution. For example, you can still talk to the blacksmith after getting the tools, which toggles an empty crafting menu that you can’t interact with at all.

This is a good opportunity to add a quality of life change. Tool upgrades, in particular, would be a fitting addition, while also letting Roboar become a worthwhile character once again. 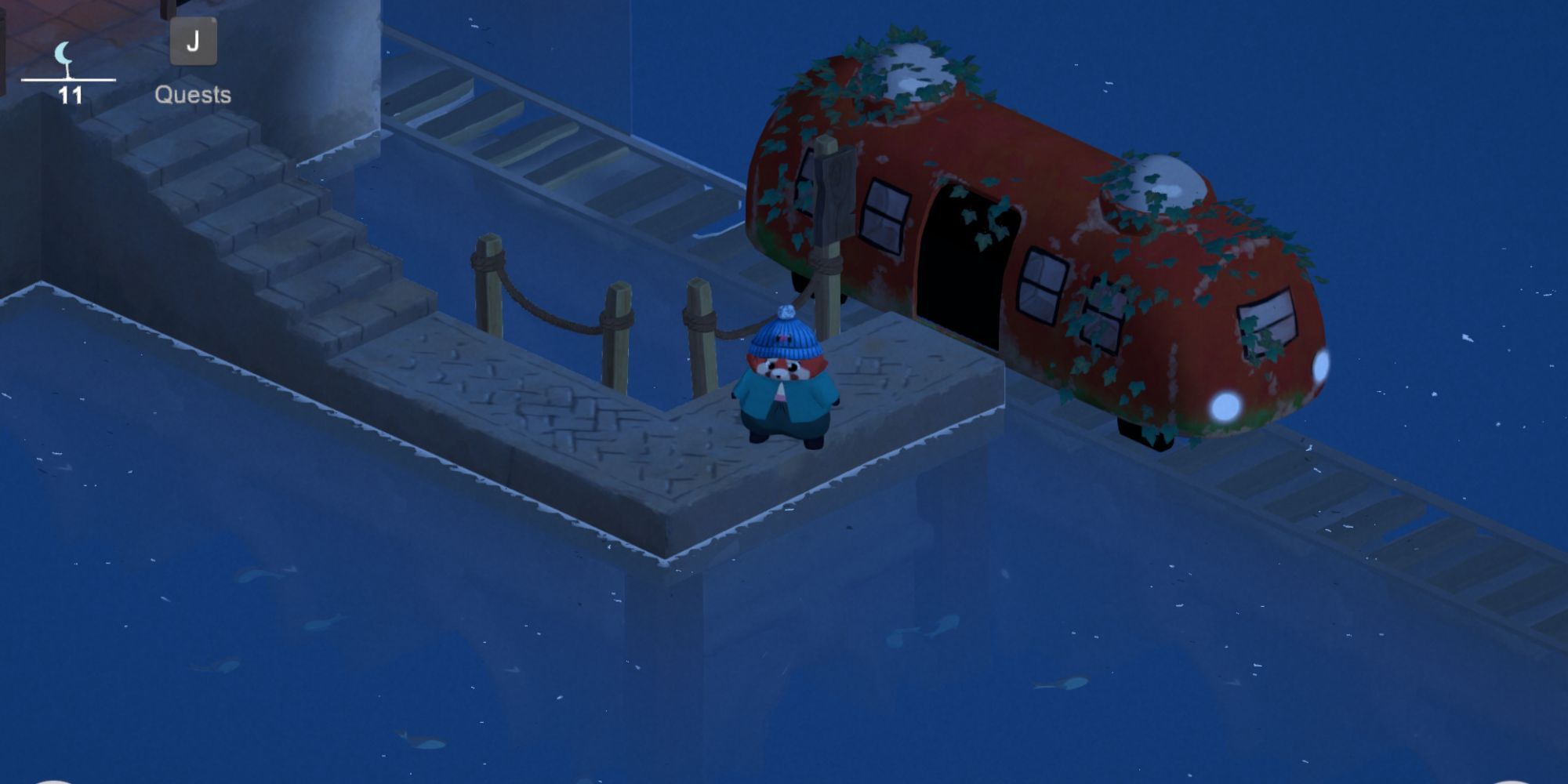 In Aka, it’s easy to spend a lot of time gardening, decorating, or exploring. However, the days change quickly, which can lead to unwelcome pressure, as some quests can only be found or completed at night.

Although the development team patched in a longer day cycle in a post-launch update, its current iteration is still too fast for you to feel comfortable taking your time. The days and nights could benefit from being even longer, so you can avoid running down to a boat while frantically trying to travel to another island before daybreak. 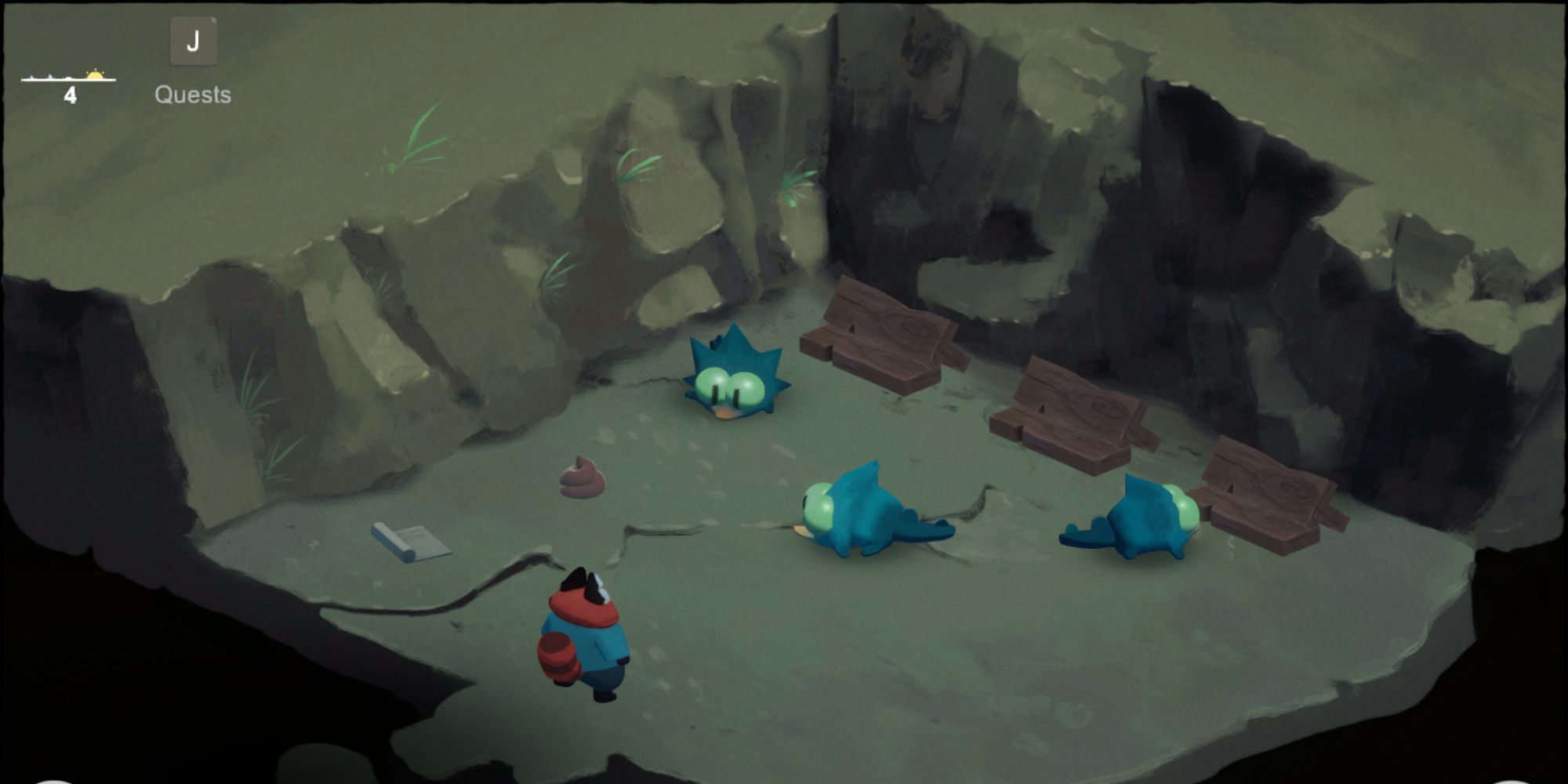 This entry is not a solution to a problem, but it is an expansion of an already fun quest in the game. When you talk to Gudrun, a large dragon inside a hidden cave, you’ll receive a quest to feed three baby dragons until they grow up.

Unfortunately, you don’t get to see the dragons again, as they disappear once the quest is finished. This is an opportunity to add an extra quest chain to the story that lets you spend more time with the dragons, such as finding a larger home to accommodate their growth, or taking part in cooking challenges to make them new, delicious meals. 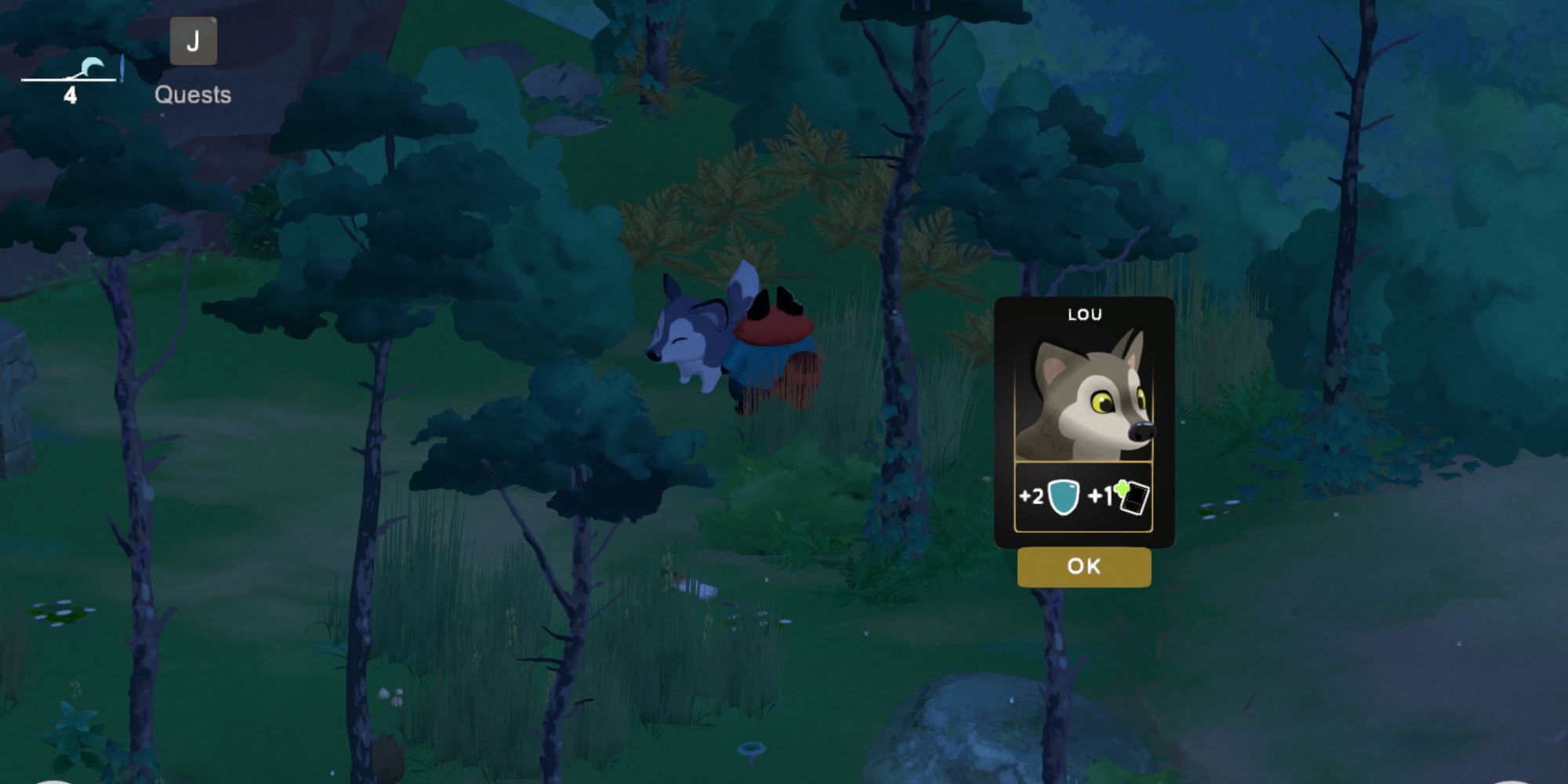 Completing quests will occasionally reward you with a playing card to add to your deck for Aka’s card minigame. However, this reward system lacks consistency and depth. On one hand, some quests don’t give you a reward at all, and on the other hand, the cards you do get don’t provide any use in the gardening or exploration components of the game.

It’s rarely satisfying to do a quest and receive nothing of gameplay value in return. There’s room here to add rewards that will help you along your journey, such as vegetable seeds, resources, or crafting reagents.

1 Adjust The Pacing And Storytelling 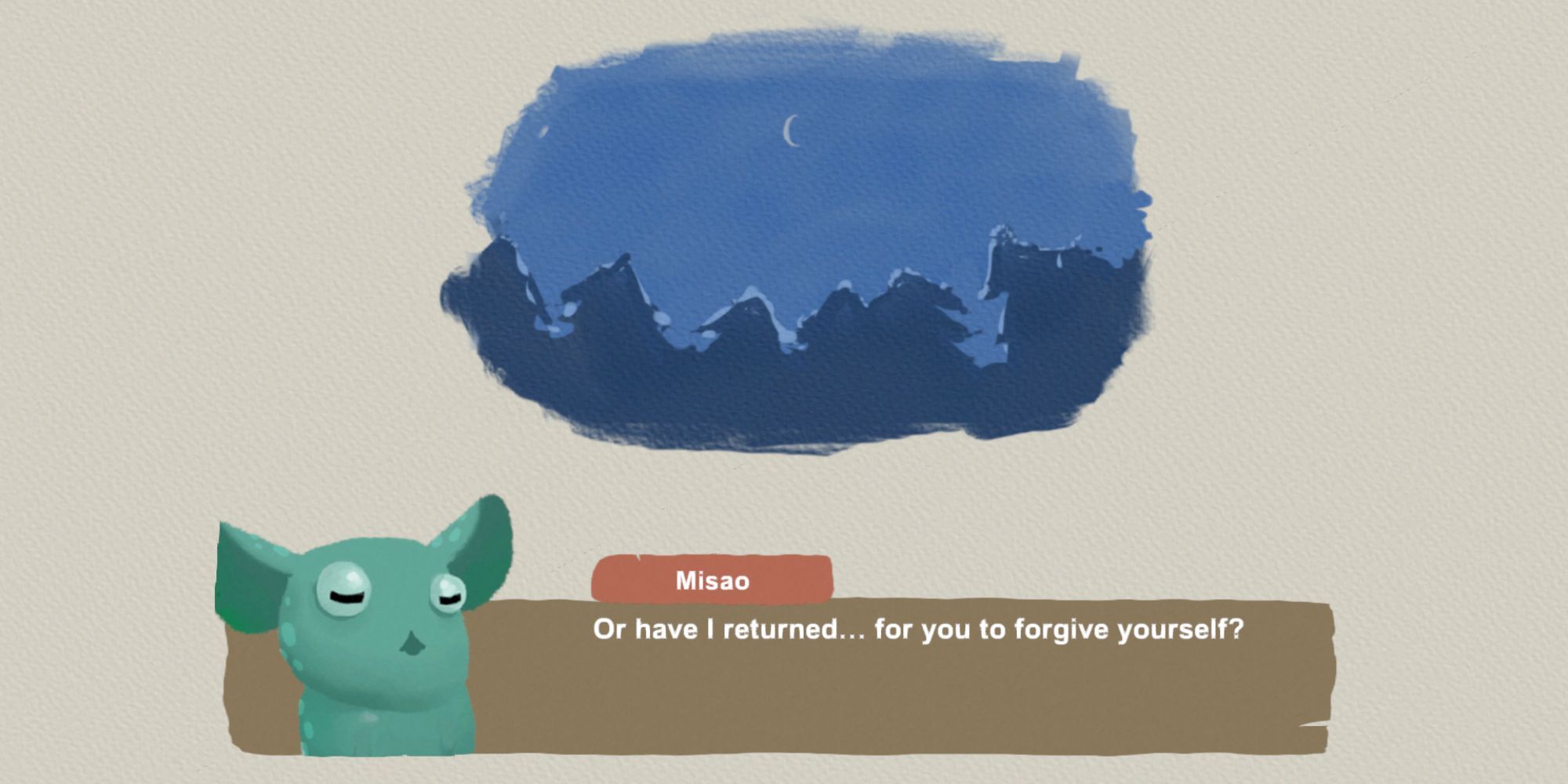 Aka’s nonlinear narrative is told in bits of flashbacks and half-finished statements from each character. There was a war that damaged the ecosystem of the four islands and caused many villagers to suffer as well as lose their lives. The ghosts you meet tell tragic stories about their final days, but unfortunately, the sad tales don’t hit the mark half of the time.

Aka often feels like it’s telling you to be sad without giving you the proper time to emotionally invest in the lives of characters you meet. The vague storytelling paired with Aka’s amnesia creates emotional distance, keeping you from fully feeling the weight of their tragedies. Adjusting the pacing by adding more quests, conversations, and cutscenes could flesh out this heartfelt narrative in a meaningful way.