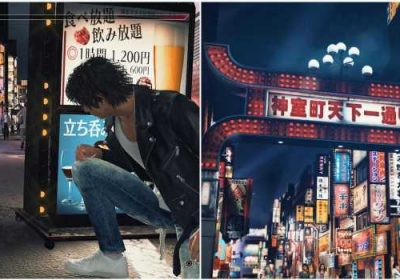 Even though fans of the Yakuza series will recognize the city in all of its chaotic glory, there’s a lot of new content to take the attention away from the most elusive spots. From fighting off gang members to hunting down prized animals, it will take some major effort to sniff out Kamurocho’s hidden gems.

Some of these buildings and areas show up briefly along the main storyline but with very few ever returning and seeing what they have to offer. Whether you want to buy a drink, place a bet, or play some classic arcade games, there’s something for everyone when you go off the beaten path and explore. 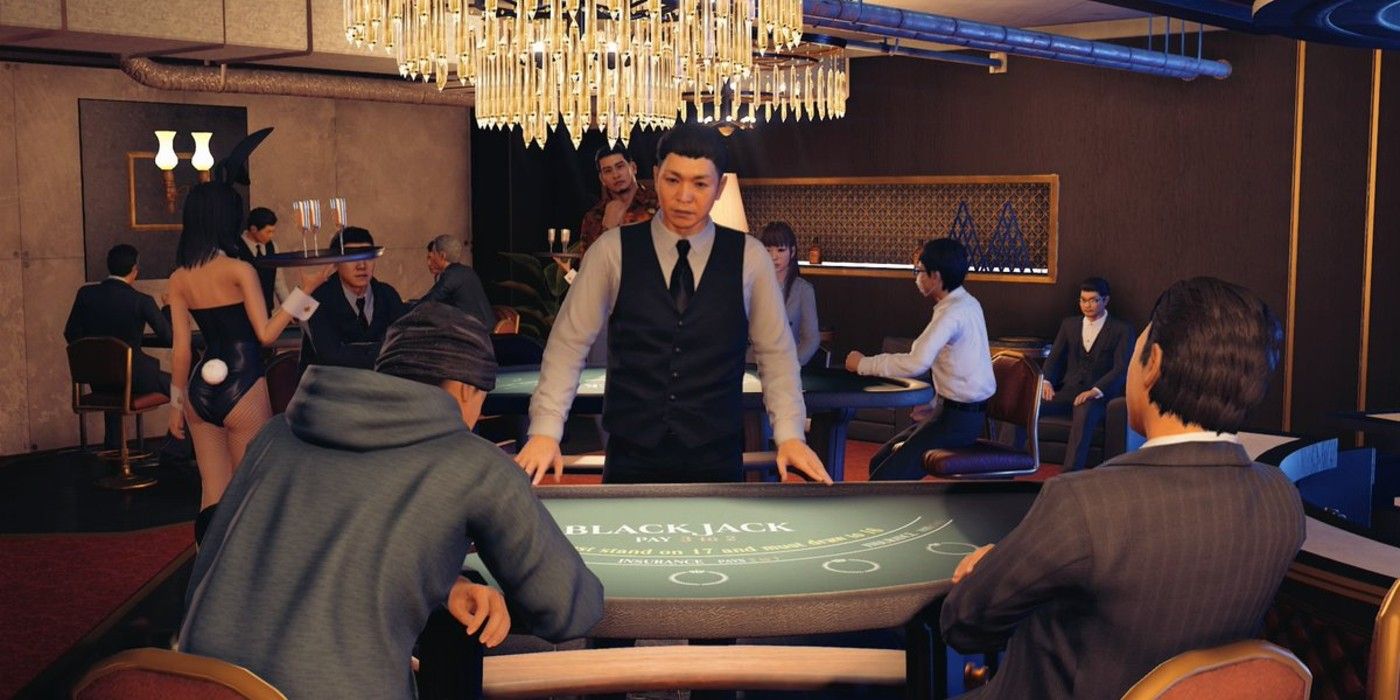 Although the story will introduce players to the area, the real action starts when you come here to spend some money. Blackjack and Poker are available and players can start their prize collection when they gather up enough chips. 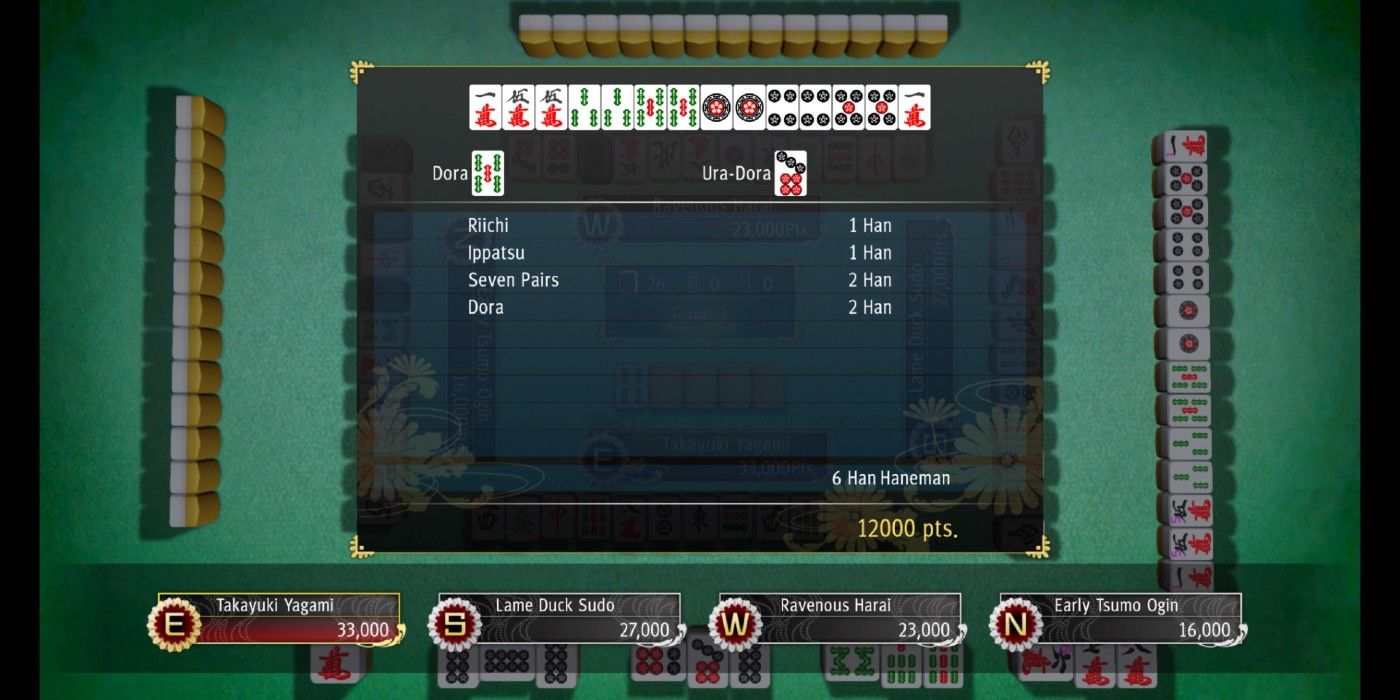 On the 4th floor of the Tenkaichi Building is the Mahjong Parlour with easy and medium tables, starting at 12,500 and building up to 25,000. There’s a locked room with a man that won’t let you in and yells at you to beat it, starting the hunt for the key.

Players have to go downstairs to the sexy club and talk to the girls in the staff room to get the key, this is only available after you improve your friendships with both Madoka and Yosuke. Then you can go to the high rate room and unlock 250,000 yen plays. 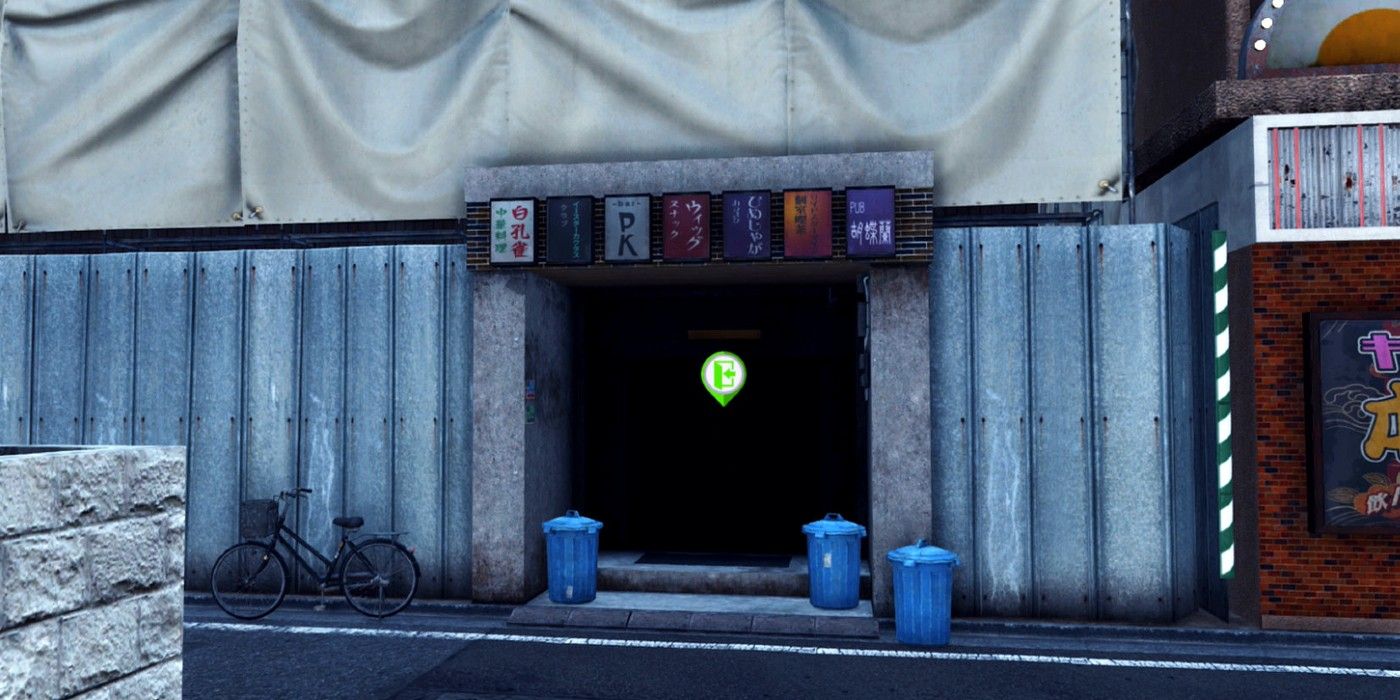 As soon as you hit Chapter 5, players can wander towards the Children’s Park after you leave the Genda Law office. Instead of a slimy cop that gives you information, this time you get a modern-day brewer that will give you potions to increase your fighting abilities temporarily.

Offering players a lot more prizes than L’Amant, the casino even offers a side story for you to play through. From Ironclad Self Defence to Anime Paint, it’s hard to find a bigger playground with all that money to win. 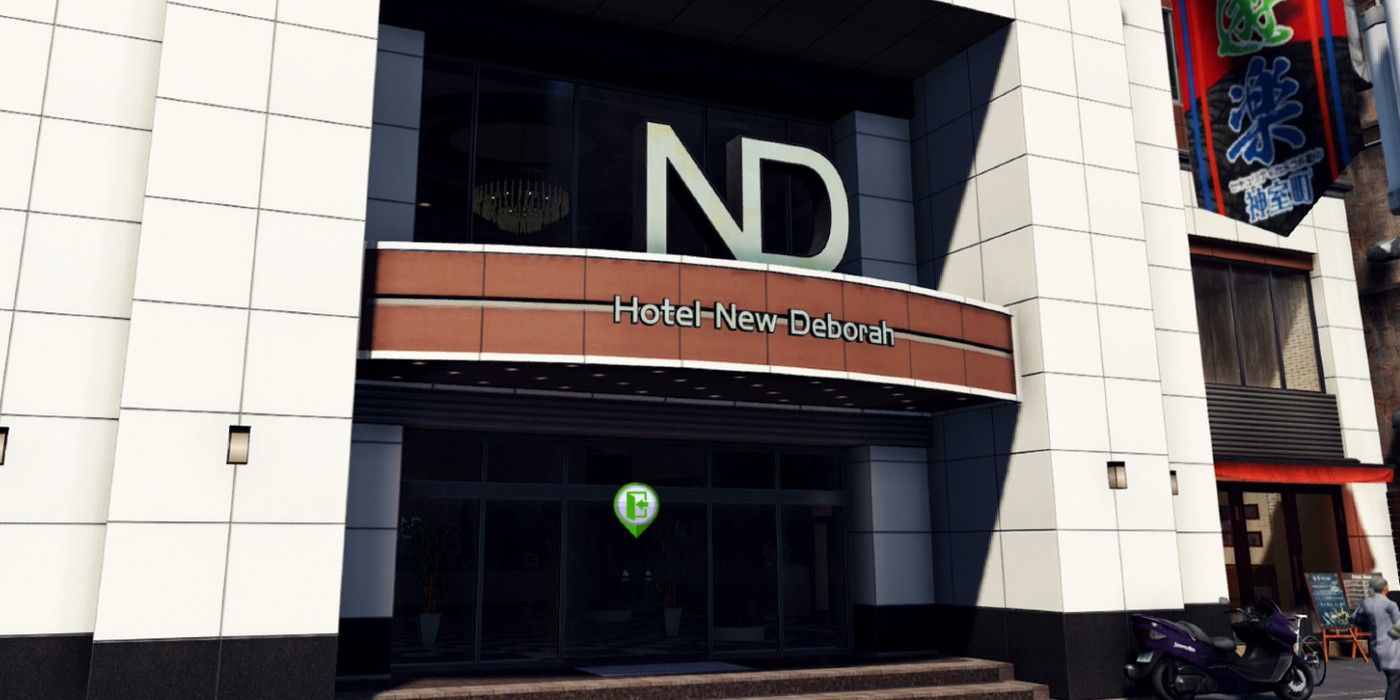 The only time players will have access to the hotel on a case is in Interview With a Detective when you’ll be dressed up as Count Dracula. It was built over the Deborah Nightclub that used to be in the basement and gave the new hotel its namesake.

Players will also run into the fancy building when they’re on a trailing photo mission, capturing the newly built hotel. Since 2016 the entire building has been going through some serious rebranding that marks the passing of time in Kamurocho. 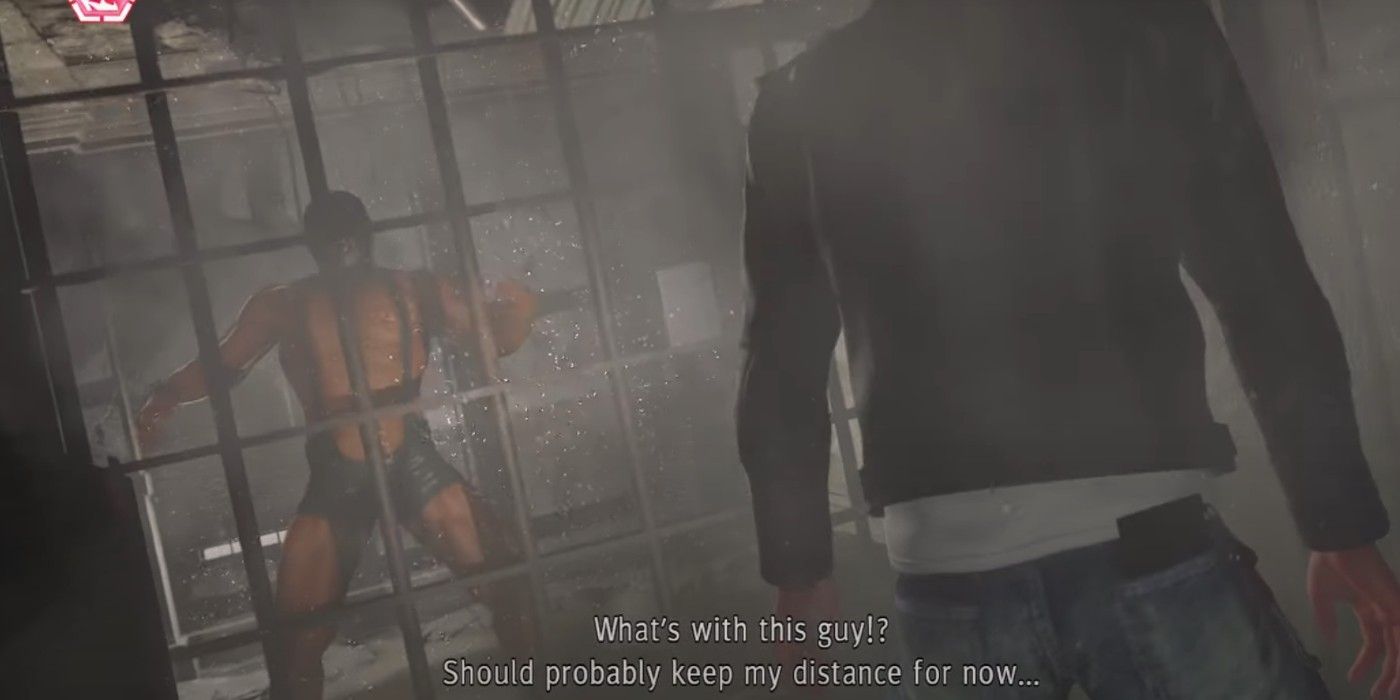 One of the darker storylines in the game, players will be dragged down to investigate human experimentation and find the secret lab where these take place. To even get to the front doors, you’ll have to get through one of the toughest trailing experiences in the game.

This leads you to a claustrophobic maze that contains some serious enemies for you to take down. If you can survive, the skills and points that can be picked up are pretty impressive. The end does include a boss fight with a man called the Hangman though, setting you up for failure. 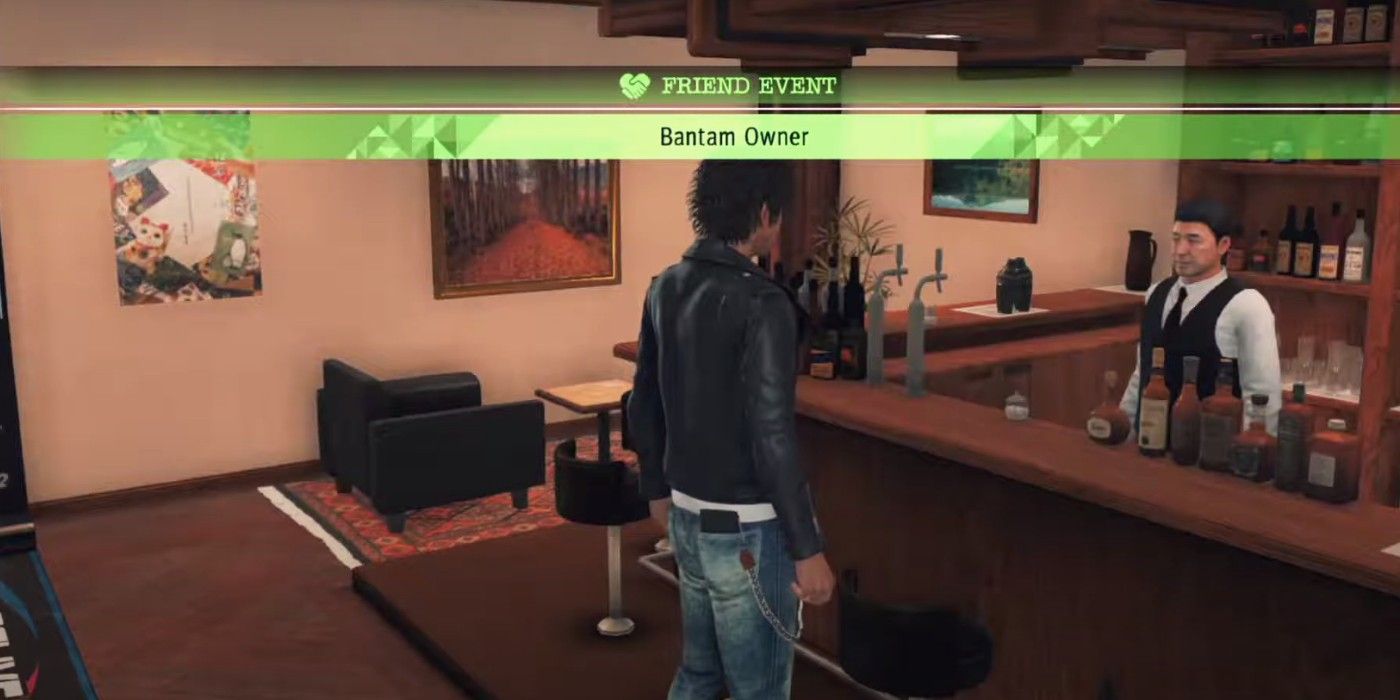 On top of being a bar that players can hang out in, Bantam’s also one of the only places where you can play darts in Judgement. While a mini-game doesn’t sound like enough to endorse a location, darts have been a solid through-line of the series.

Fans of the entire Yakuza series will recognize the bar from all the way back in the original game, adding to the city and letting player nostalgia creep into the spin-off. 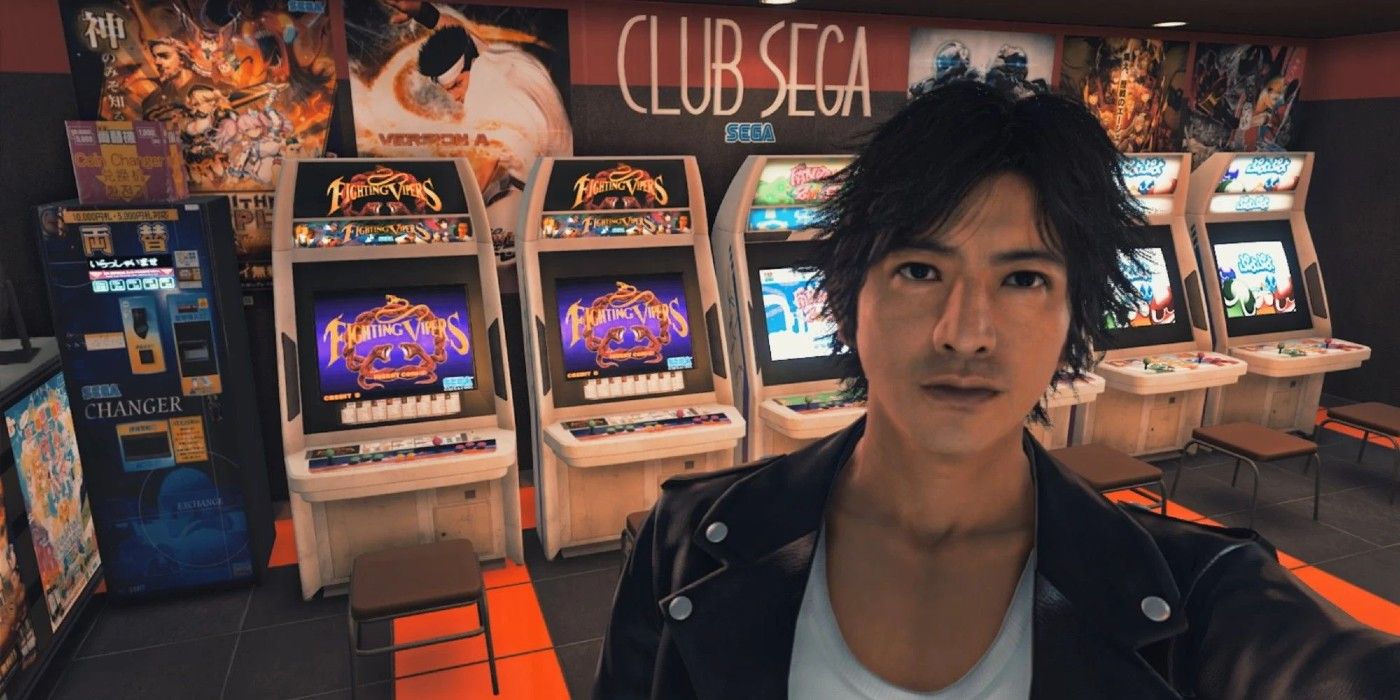 Maybe the most enjoyable spot planted throughout the series, Club SEGA is filled with some of the best mini-games around. Taking the name from the popular console, players will be hard-pressed to find a dull moment once they’re inside.

From Virtua Fighter 5 to Fantasy Zone, the stand-out building isn’t hard to find once players know what they’re looking for. An easy way to lose a lot of time, it will be hard to pry Takayuki away from SEGA’s many screens. 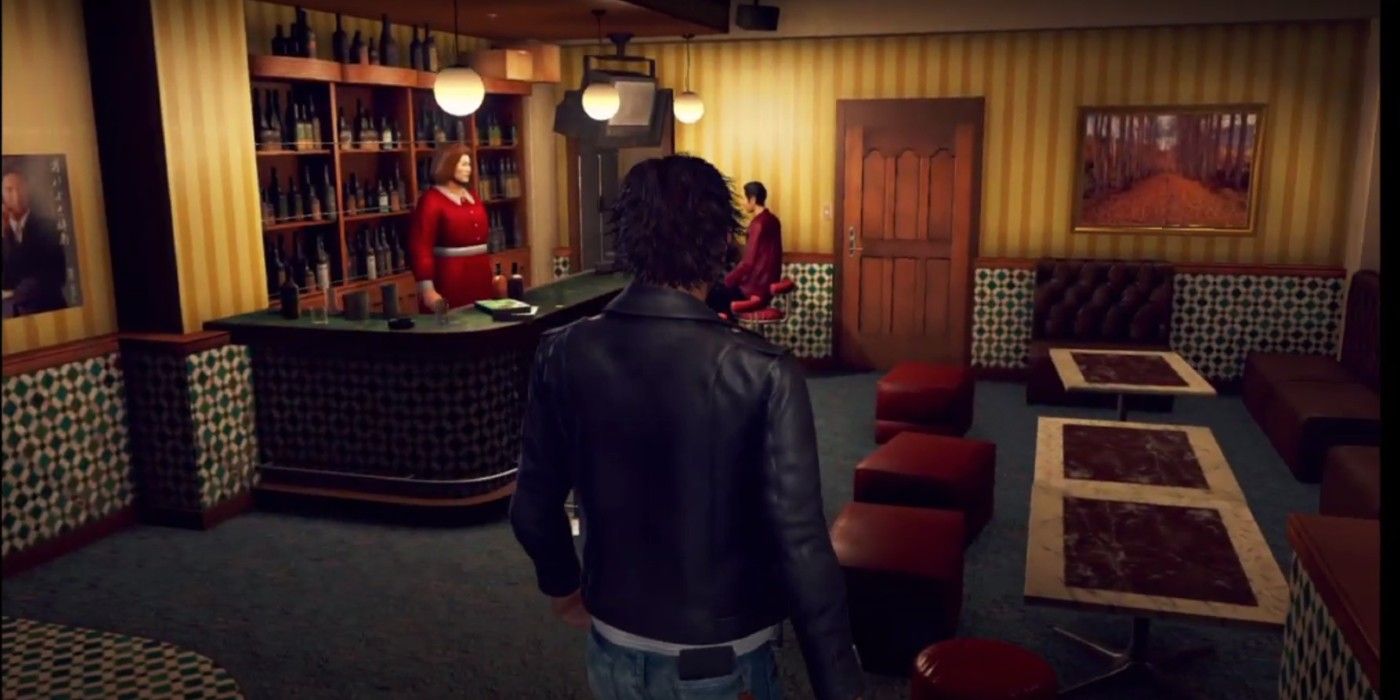 An actual hole in the wall bar, Earth Angel’s menu can accommodate all walks of life. Besides passing it in the streets as you explore the world, most won’t find the need to sit down for a drink unless they’re trying to complete a list.

The only time players will be directed past the bar in the storylines will be if they take on Kamurocho’s Mad Bomber, a quest that ends in players just outside the premises. A perfect place to celebrate a big win, the menu doesn’t disappoint and can be a short path to a trophy. 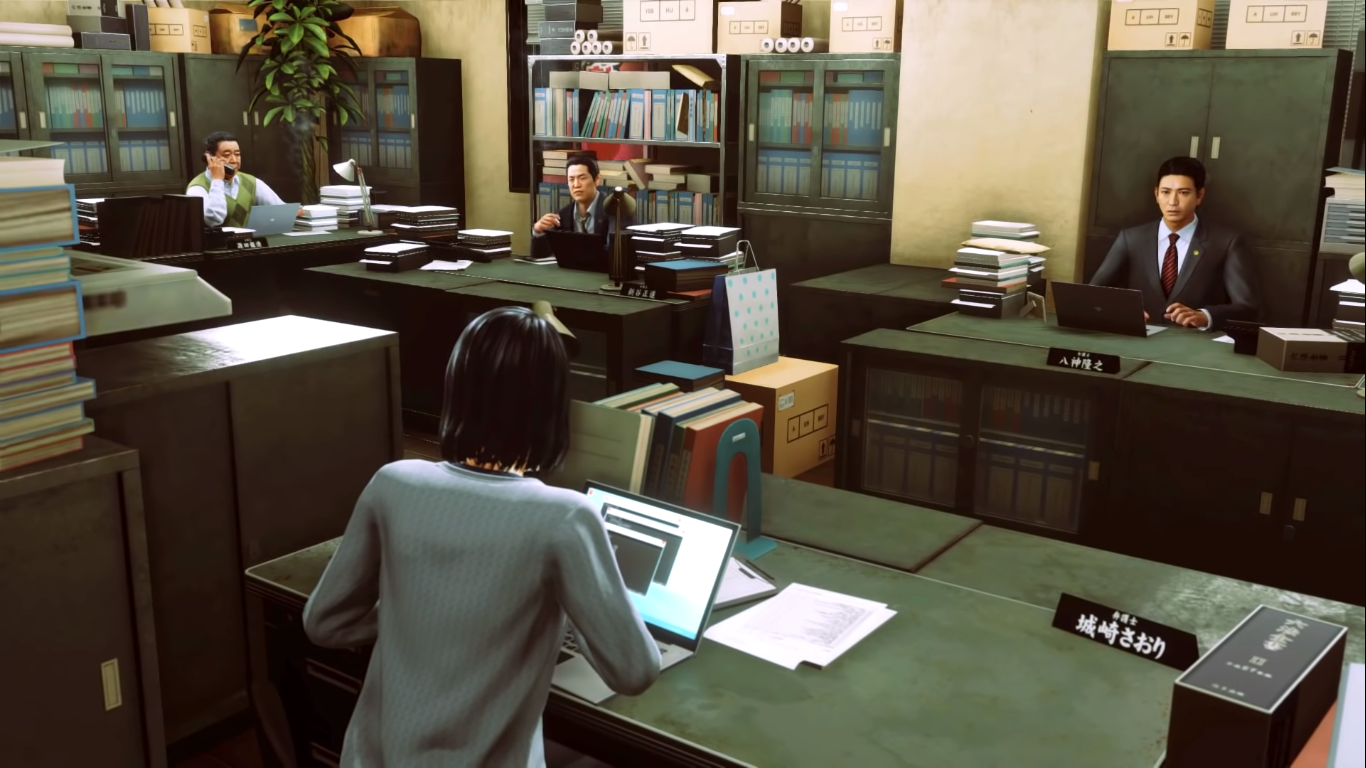 Probably the biggest building with the most content that players don’t have to interact with much, the Genda Law Offices is one of the 3 main hubs for side quests in the game. Owned by one of Takayuki’s father figures, these offices can change the path into a weird and wonderful journey.

Even focused players who want to stick to the mainline will find themselves at the building’s front steps at some point in the story. Revisiting Takayuki’s former workplace has a lot of side content to dig through, most of which is helping the city’s colourful characters. 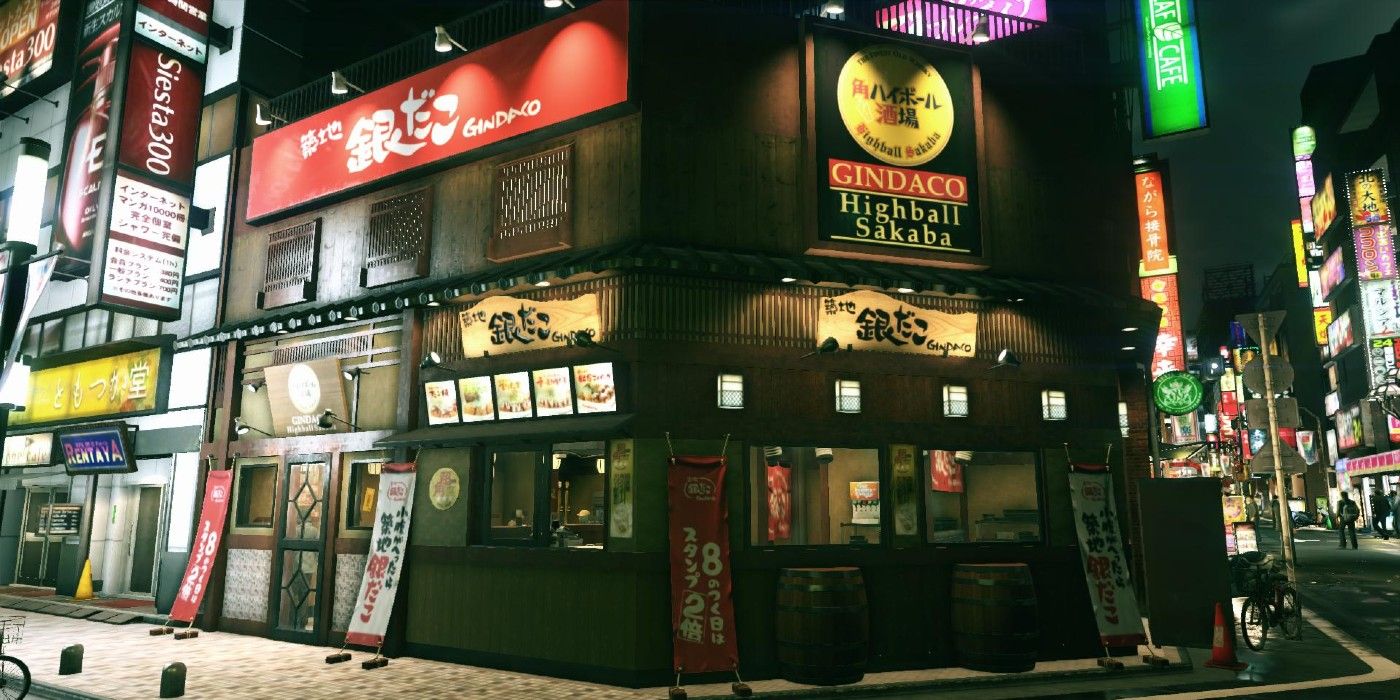 One of the more upscale drinking spots in the game, this chain bar doesn’t cheap out on their selection of top-shelf liquors. It also doesn’t take that much searching, being easy to spot even from a long distance.

Once players get rid of their rose-coloured glasses, players can really see what all that hard work is for. Sporting a lot of different options, it’s quite easy to get caught up in the festivities and use fall into the trap of narrowing down the items menu.