Home » News » 10 Spider-People Who Deserve Their Own Video Game

10 Spider-People Who Deserve Their Own Video Game 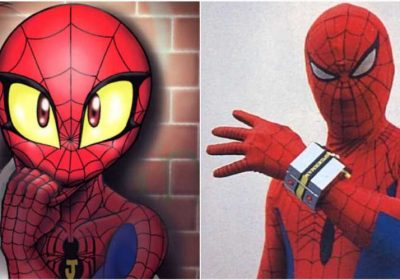 Peter Parker and Miles Morales may be at the forefront of Insomniacs' video game series, but as many have learned from Into The Spider-Verse and other Spider-Man-related media, there is a massive cluster of spider-people across an infinite number of dimensions.

While some are more notable than others, Peter and Miles are the only spider-people so far to have entire games centered around them, while other spider-people have either had playable sections in some video games or just featured as cameos. Plenty of other spider-people deserve their own time in the spotlight too and still haven't had their chance to shine. 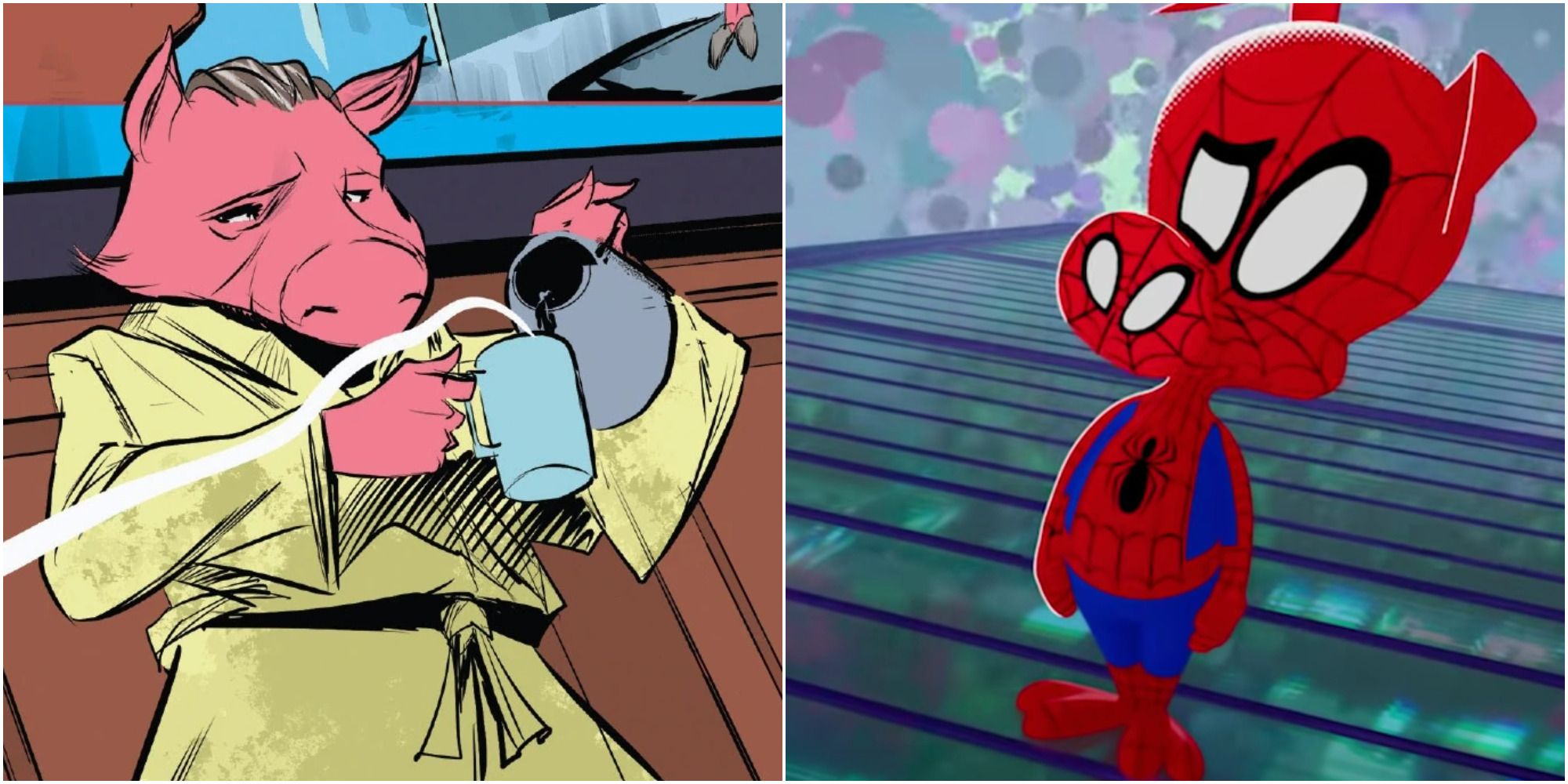 First introduced in Marvel Tails Starring Peter Porker the Spectacular Spider-Ham Volume 1 back in 1983, and years later getting a starring role in Into the Spider-Verse, here we have the one and only Spider-Ham. Peter Porker was originally just a simple spider named Peter who was bitten by an irradiated pig scientist named May Porker, who had been testing the world's first atomic hairdryer on herself. This turned Peter into a pig, but with all his spider abilities intact.

A Spider-Ham game could be a much more cartoony version of Insomniac's Spider-Man with a lot more humor and silly antics. The full origin of Spider-Ham has also never been animated, so that would be a sight to see. 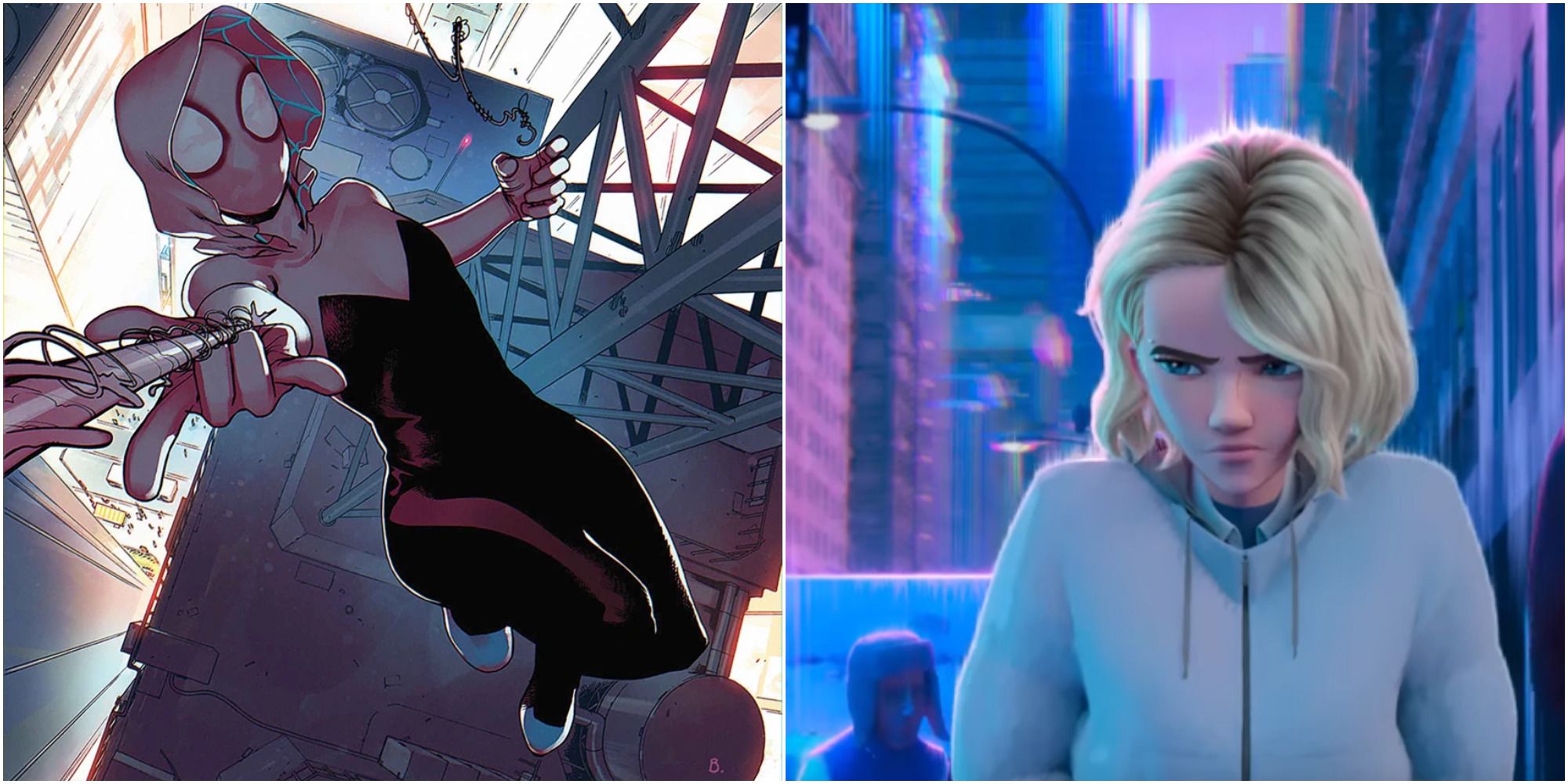 Spider-Gwen has been around since 2014 but received more mainstream exposure thanks to Into The Spider-Verse. Like Peter, she was bitten by a radioactive spider in her universe. Unfortunately, the Peter of her universe died after accidentally turning himself into a lizard-like creature and coming to blows with Gwen. As a result, Spider-Gwen was blamed for his death, which caused Gwen to fight against crime even harder.

A game based on Gwen's adventures could be interesting because it could be the first Spider-Man-related game not to feature Peter at all. It'd be interesting to see the dynamic shift between Gwen and the cops as well, as they don't have the same relationship that Peter has with them in Insomniac's universe. 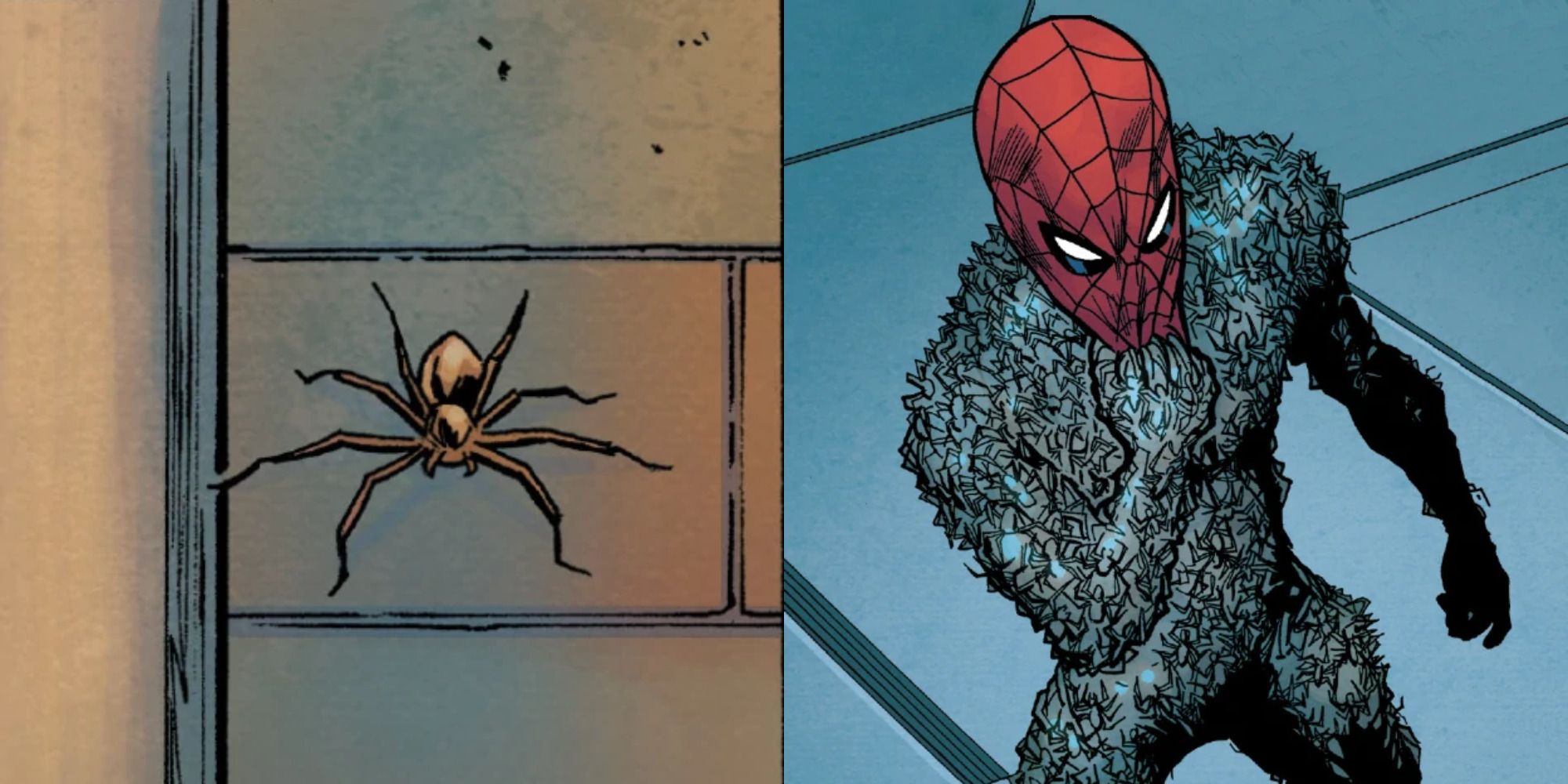 Probably one of the most fascinating spider-people, Spiders-Man is not an individual being but a thousand spiders which now collectively share Peter Parker's consciousness. This results in them devouring him after he fell into the colony while observing them being experimented on with radioactive particles. A Spiders-Man game could be a self-aware parody of superhero games, poking fun at all the tropes they've become known for. However, it might be a hard sell for those with arachnophobia. An arachnophobia mode probably wouldn't work out well for a character made of spiders. 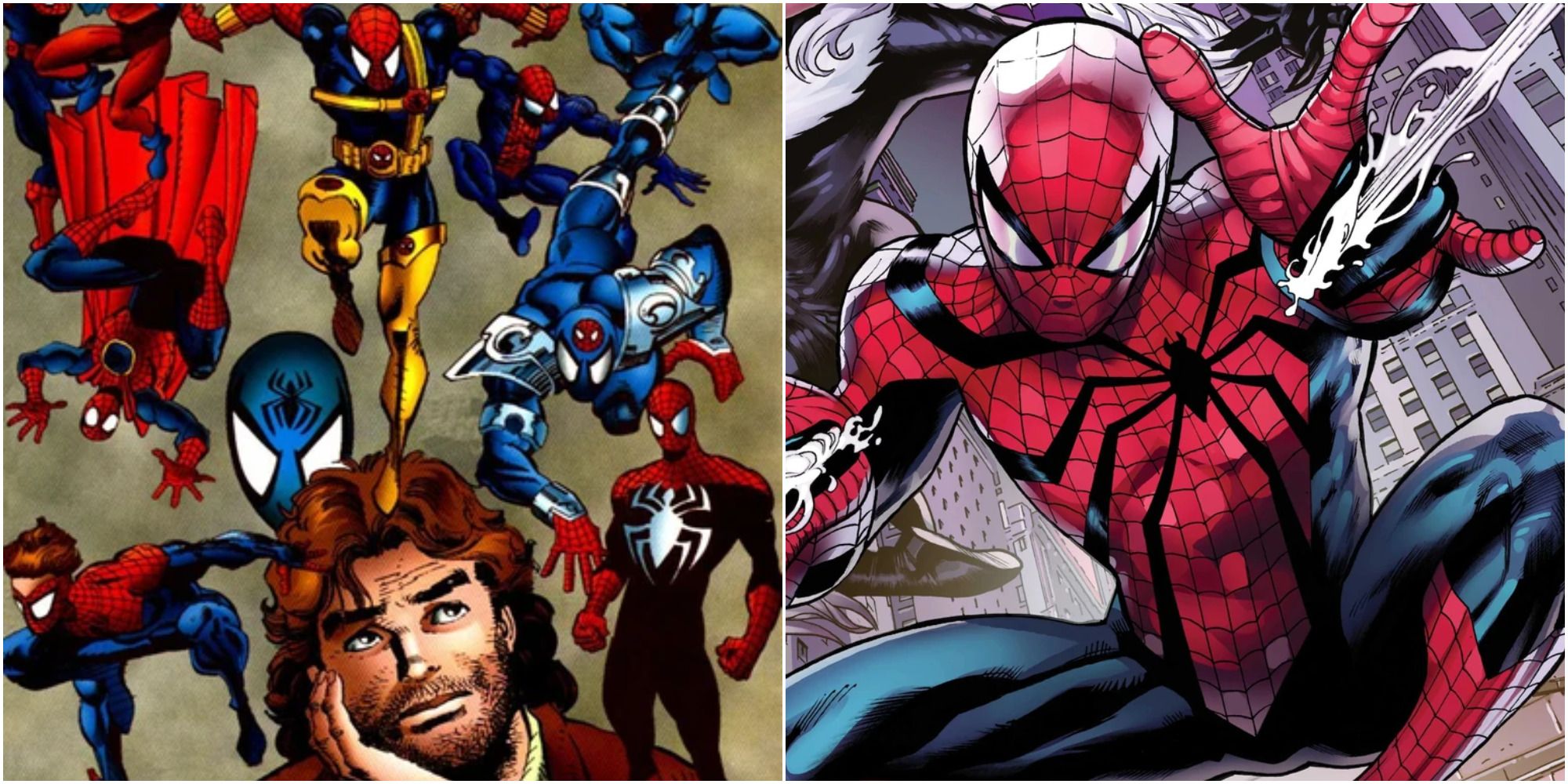 Ben Reilly, the current Spider-Man, is a clone of Peter Parker (or is he?) first introduced in the clone saga back in 1975, before returning two decades later with a new Scarlet Spider identity. He has been Spider-Man on and off throughout the years and most recently took up the mantle due to Peter Parker being in a coma, as well as the death of Doctor Strange.

Ben has all the same powers as Peter, so gameplay would likely be similar. The real twist here would be revolving around Ben's existence as a clone and continuing Peter's legacy, which could provide a new and amusing angle for those tired of the same old Peter Parker story. 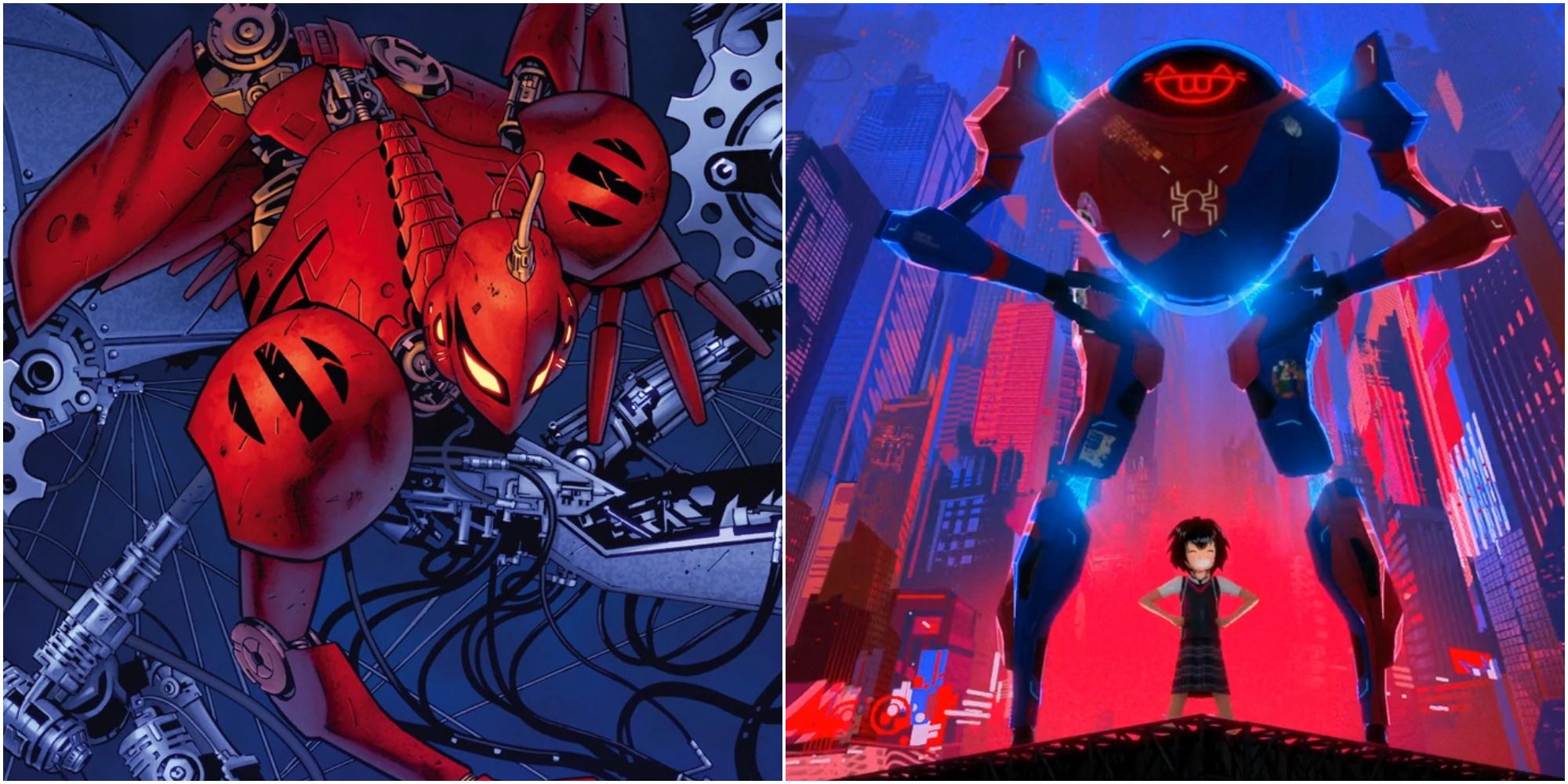 First introduced in Edge of Spider-Verse #5 and later appearing in Into The Spider-Verse with an altered design, SP//dr is a mech cooperatively controlled by Peni and the radioactive spider she has a psychic link with.

While Peni herself doesn't have any powers, controlling the suit alongside the spider allows them to utilize the mechs enhanced strength, durability, and mechanical web-shooters. A Spider-Man game based on SP//dr would be completely distinct from any past Spider-Man game, and, if done right, could feel like a cross between Titanfall and Spider-Man but set in a more anime version of New York City. 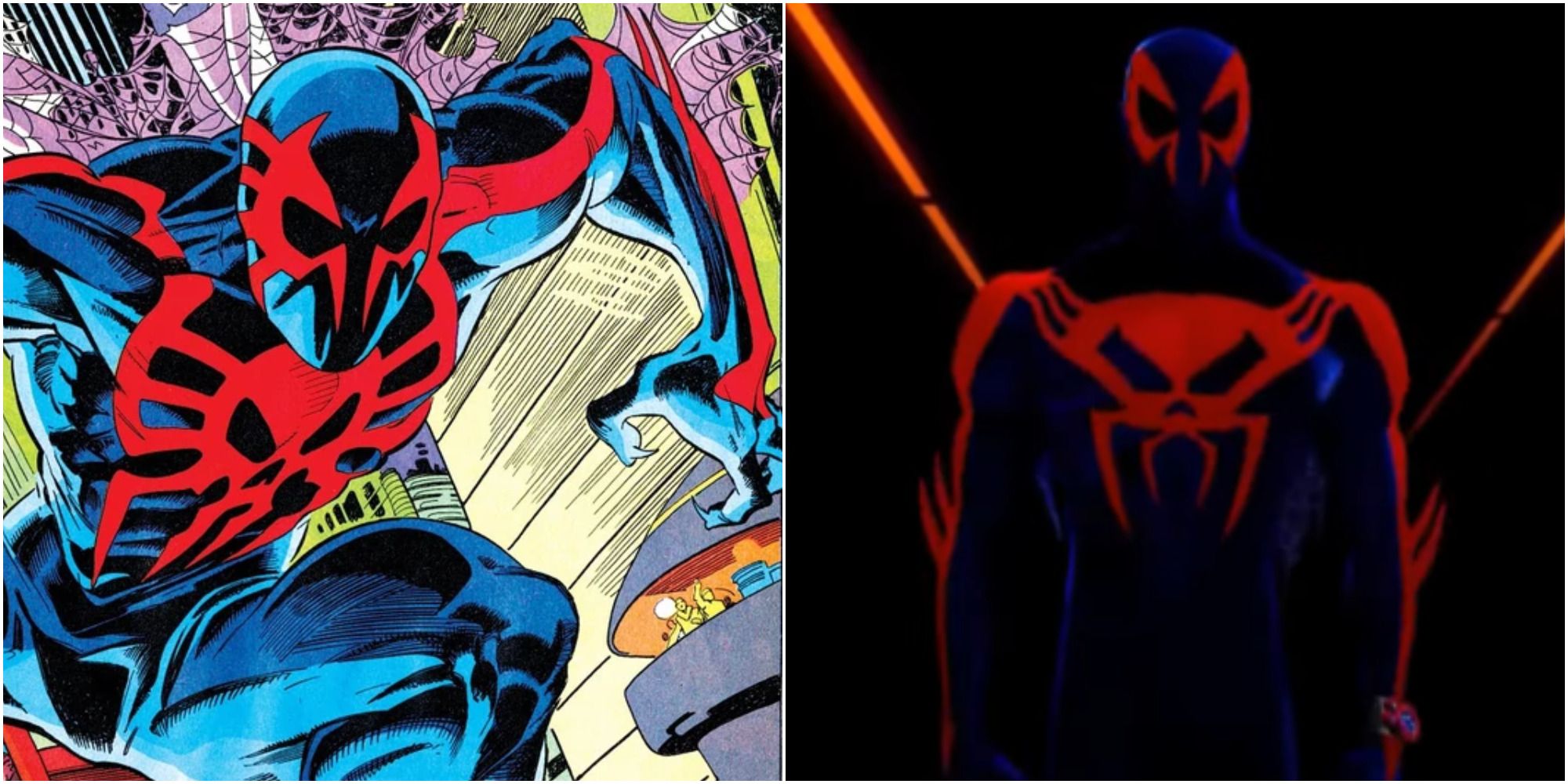 Miguel O'Hara's origin differs from the typical spider bites we're used to hearing about, as Miguel had his DNA spliced with that of a spider after an unsuccessful assassination attempt. In addition to all of Spider-Man's usual abilities, Miguel also has talons on his hands and feet that he can use to wall crawl and fangs that can secrete a paralyzing venom.

We already got a taste of what a Spider-Man 2099 game could be like in Spider-Man Shattered Dimensions, but that was over a decade ago, and video games and technology have evolved a lot since then. Futuristic games like Ratchet & Clank: A Rift Apart have proven how well consoles can handle that timeline, so it may be only a matter of time until we see the dystopian world of 2099 with modern graphics. 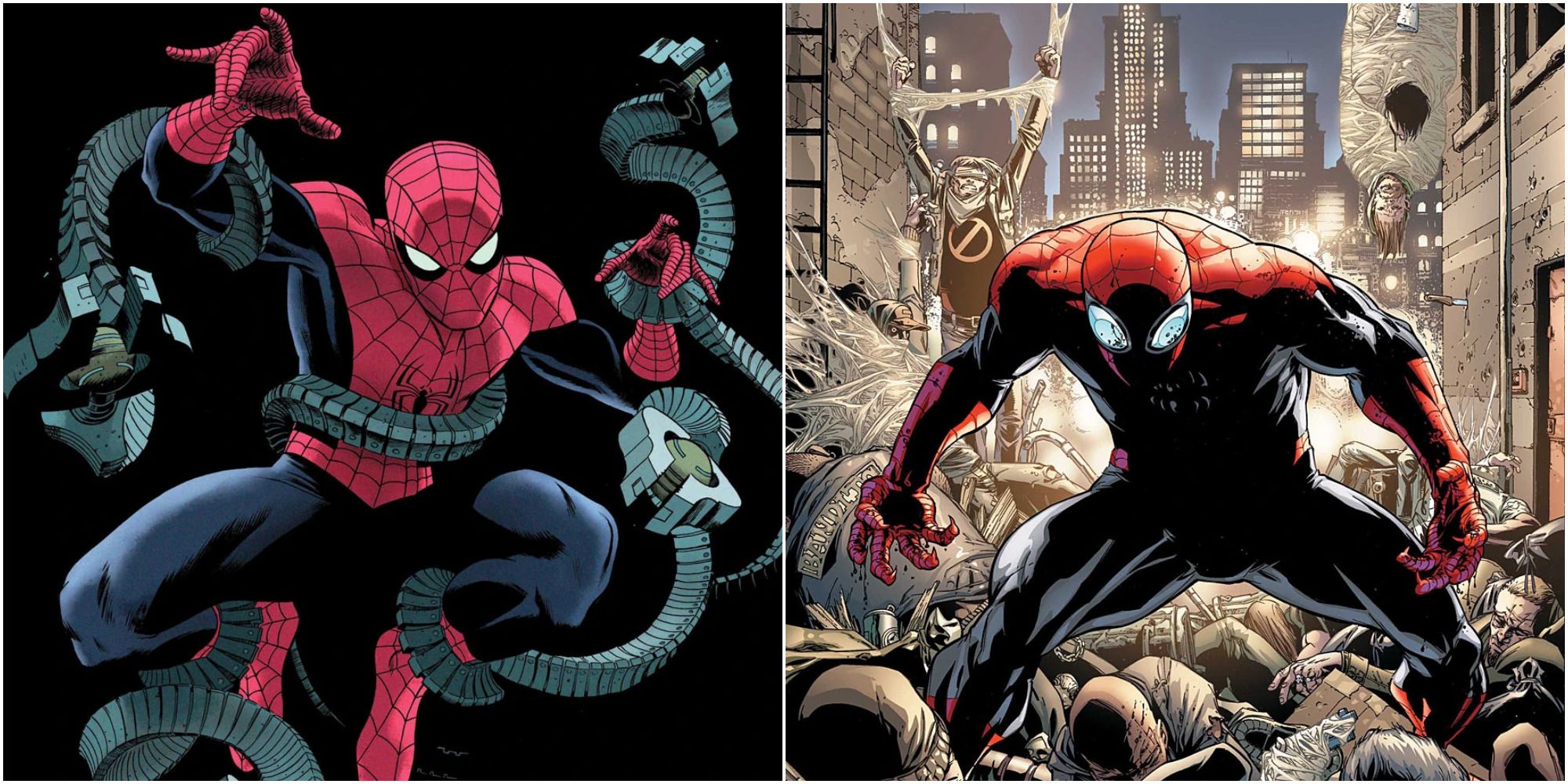 Superior Spider-Man may still have the body of Peter Parker but he also has the mind of Otto Octavius. Otto was a surprisingly effective Spider-Man, but his methods were more aggressive than Peter's and included violently injuring or sometimes even murdering several villains. This caused the citizens of New York to have a less favorable view of him, although they were unaware of the change.

A Superior Spider-Man game could explore Otto's change from villain to hero. Because Peter Parker's consciousness was still present while Otto had taken over, Otto could hear Peter in his mind and maybe this aspect could be used for dialogue between the characters discussing morality and the nature of different heroes and villains. 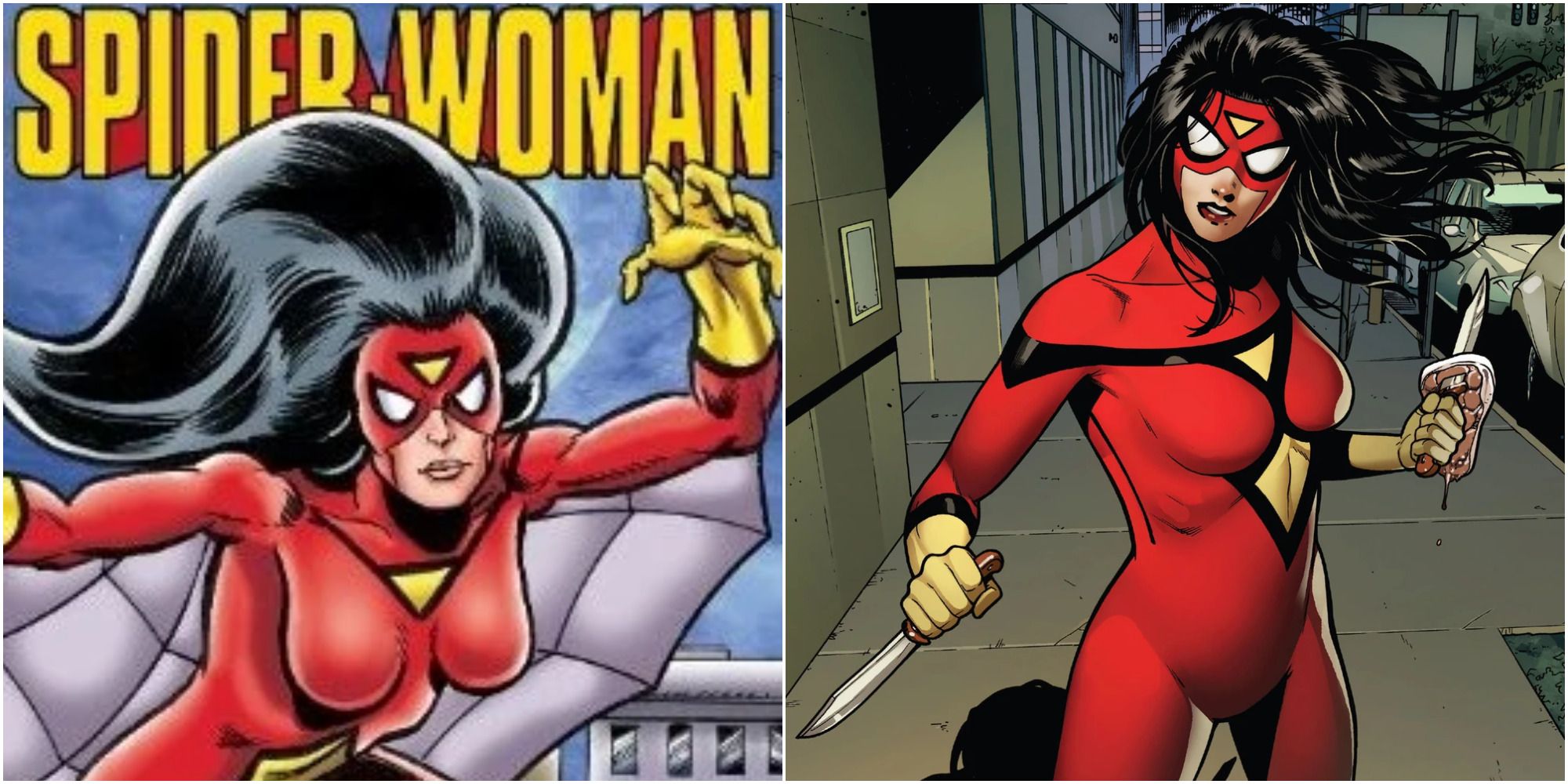 Initially introduced in 1976, Jessica Drew was the first-ever Spider-Woman. As a teenager, Jessica fell ill after uranium exposure, causing her father injected her with spider-venom, hoping it would cure her illness. Not only did this venom eventually cure her condition, but it also gave her superpowers.

In addition to all the expected powers of a spider-person, she also has superhuman hearing, immunity to any contaminants, pheromones that can cause fear, attraction, or repulsion in others, and the ability to glide. Spider-Woman has had plenty of her own adventures, so there's plenty of material to base a potential game on. You could even have her fighting against Skrulls as an agent of S.W.O.R.D., providing a new fresh take on the story. 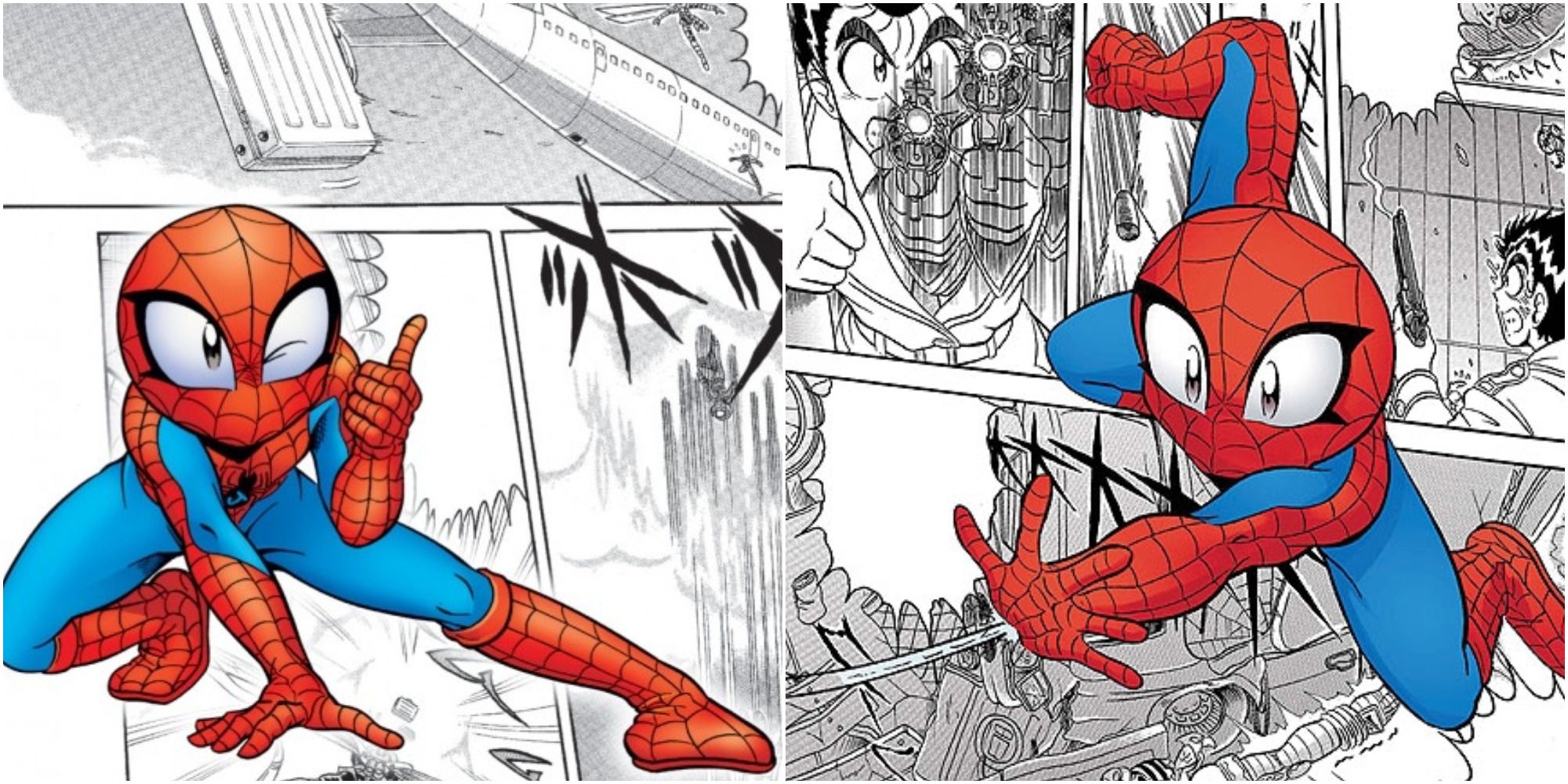 The Spider-Man J manga stars middle schooler Sho Amano, who we can assume gained powers somehow, but in the two English-translated volumes available, it's never revealed how. Sho's spider-sense also allows him to feel the emotions of others, making him a more empathic character. Sho usually works alongside Detective Makoto to stop a villain named Lord Gokibu and his minions, but he also occasionally deals with more familiar Marvel heroes and villains.

A video game adaptation of this Spider-Man story could appeal to the My Hero Academia fans by being set in Japan and having Sho learn what it means to become a hero. His spider-empathy does make him somewhat similar to Izuku Midoriya, after all. 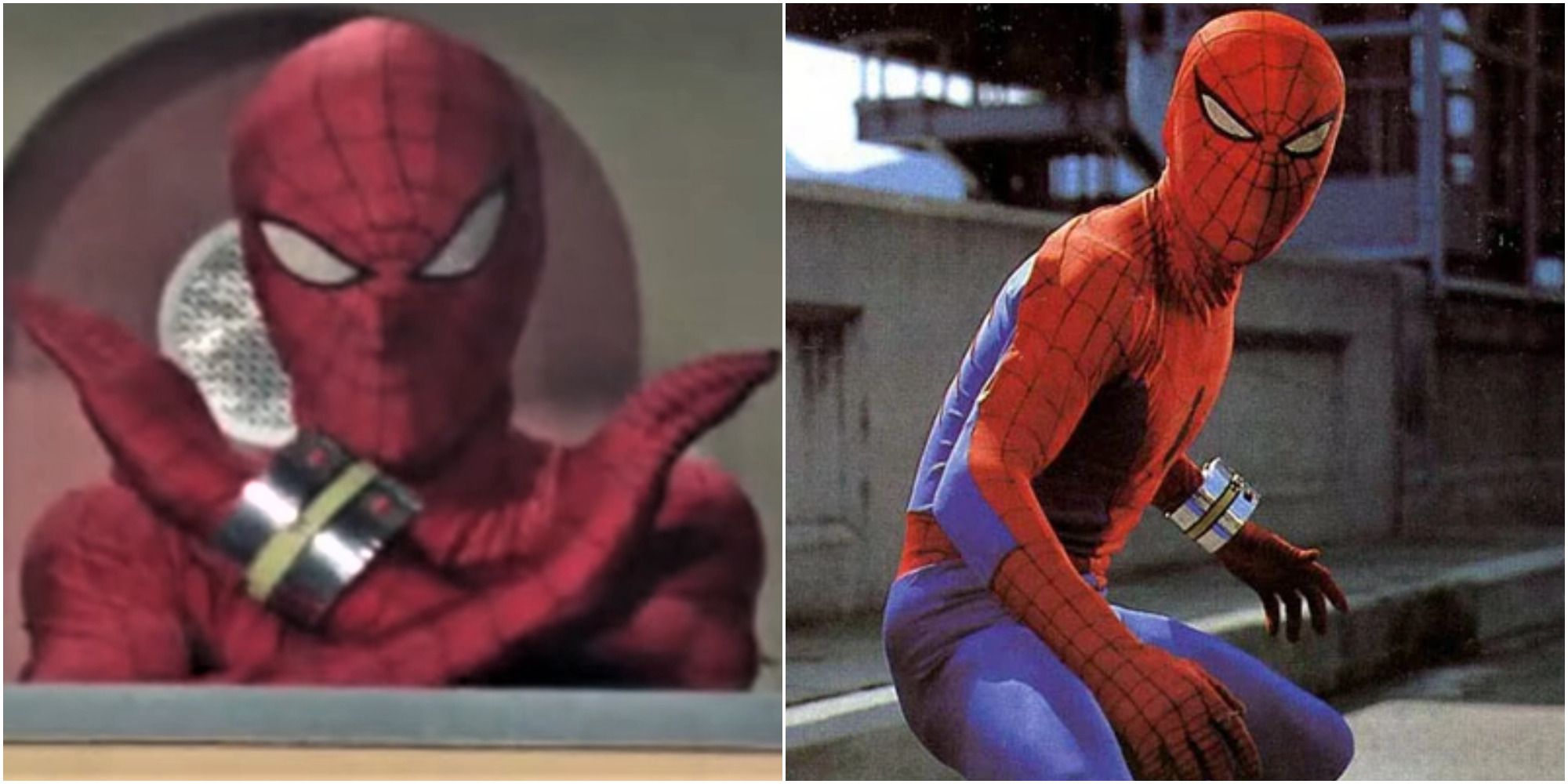 Unlike most spider-people, Takuya Yamashiro received his powers from the Spider Bracelet, an advanced piece of technology given to him by an alien named Garia who came to Earth from Planet Spider 400 years prior. The Spider Bracelet gives Takuya all of Spider-Man's usual powers as well as superhuman hearing, superhuman smell, night vision, x-ray vision, precognitive dreams, and the ability to communicate with spiders.

A game based on this version of Spider-Man would likely have all the silliness that the series was known for. In some ways, it would be reminiscent of 1960's Batman, since the Spider Bracelet's additional functions work similarly to a more limited version of Batman's utility belt.