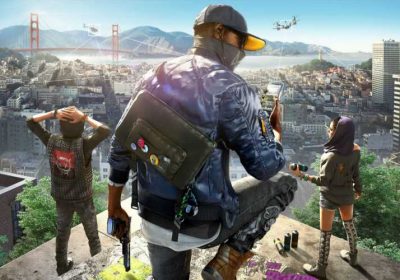 It’s a great representation of the Bay Area and is chocked full of side activities, gang hideouts and all the Easter eggs you would expect out of an Ubisoft open-world game. With roughly 20-30 hours of hacking-based activism to get stuck into, it can be difficult to know where to start to get the ball rolling. Here are some handy tips that will likely help you take your first steps in Watch Dogs 2’s sunny San Francisco. 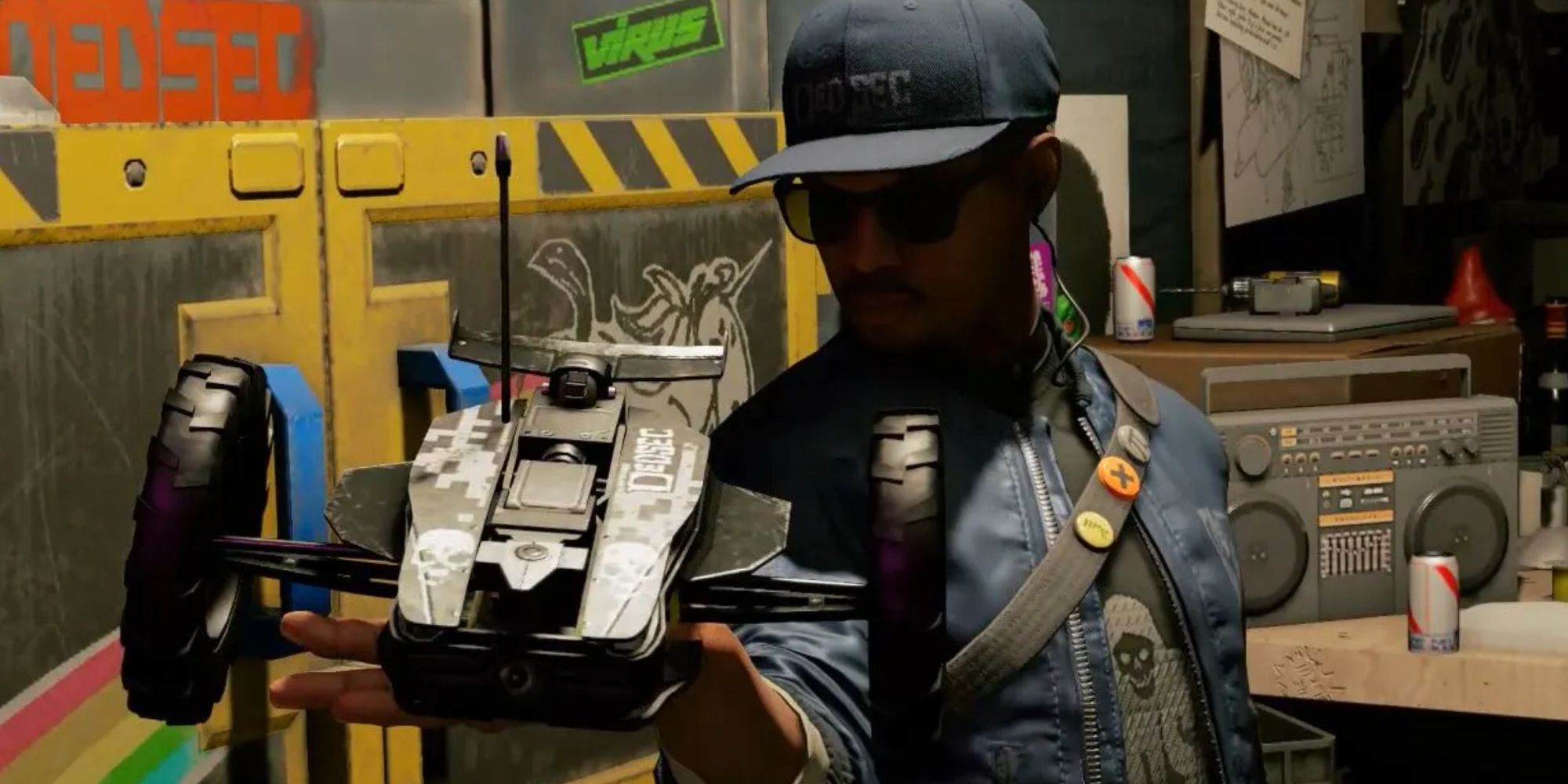 The Ghost, Aggressor and the Trickster are the three main play styles in Watch Dogs 2 that each bring their own unique mechanics to the table. While Aggressors and Ghosts cover your destructive gunplay and stealth needs, the Trickster is where you’ll want to pay particular attention, as it will give you the best of both worlds.

Following the Trickster path will unleash your inner hacker by giving you the option of controlling various gadgets and drones to do all the dirty work for you. It’s the best all-rounder for those unsure where to dump their points into first and gives you access to some really helpful skills early on. 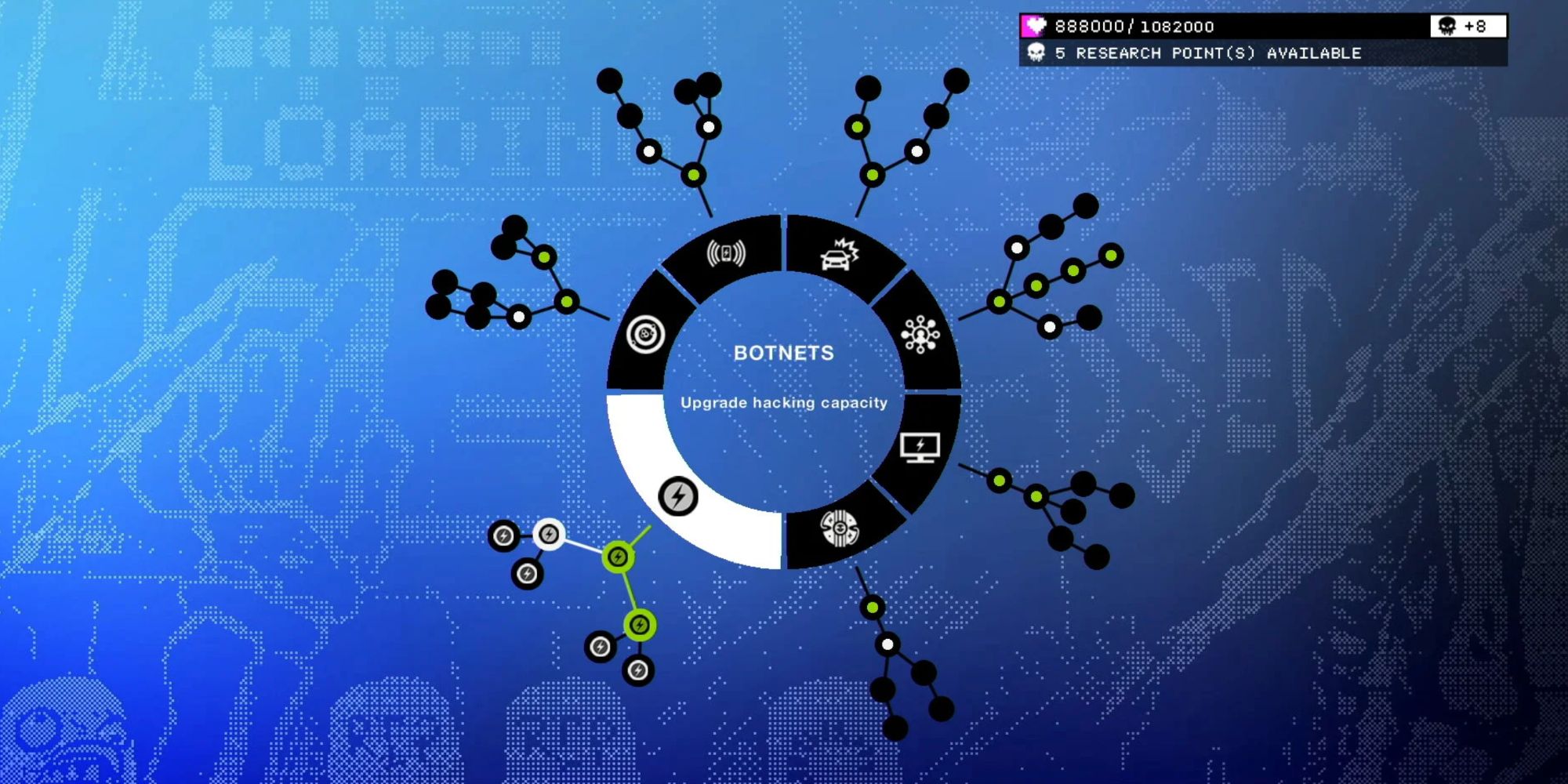 There are many skills to experiment with in the game, but there are a select few that you should prioritise. At least a few points should be put into Botnet upgrades, as this will allow you to perform a greater number of hacks at any given time. For more exploration options, the Environmental RC skill is very useful, as it allows you to activate lifts that will give you access to previously blocked-off areas. This just might give you an edge in combat, or lead you to a hidden collectable.

The Vehicle Hacking skill can is an essential tool that can let you control vehicles from a distance, and is particularly good for solving puzzles in the open world. Hijacking gives you the ability to hack into any car remotely without having their alarms go off, which is pretty essential due to the overwhelming amount of vehicles you will be stealing.

8 Unlock And Upgrade The Quadcopter As Soon As You Can 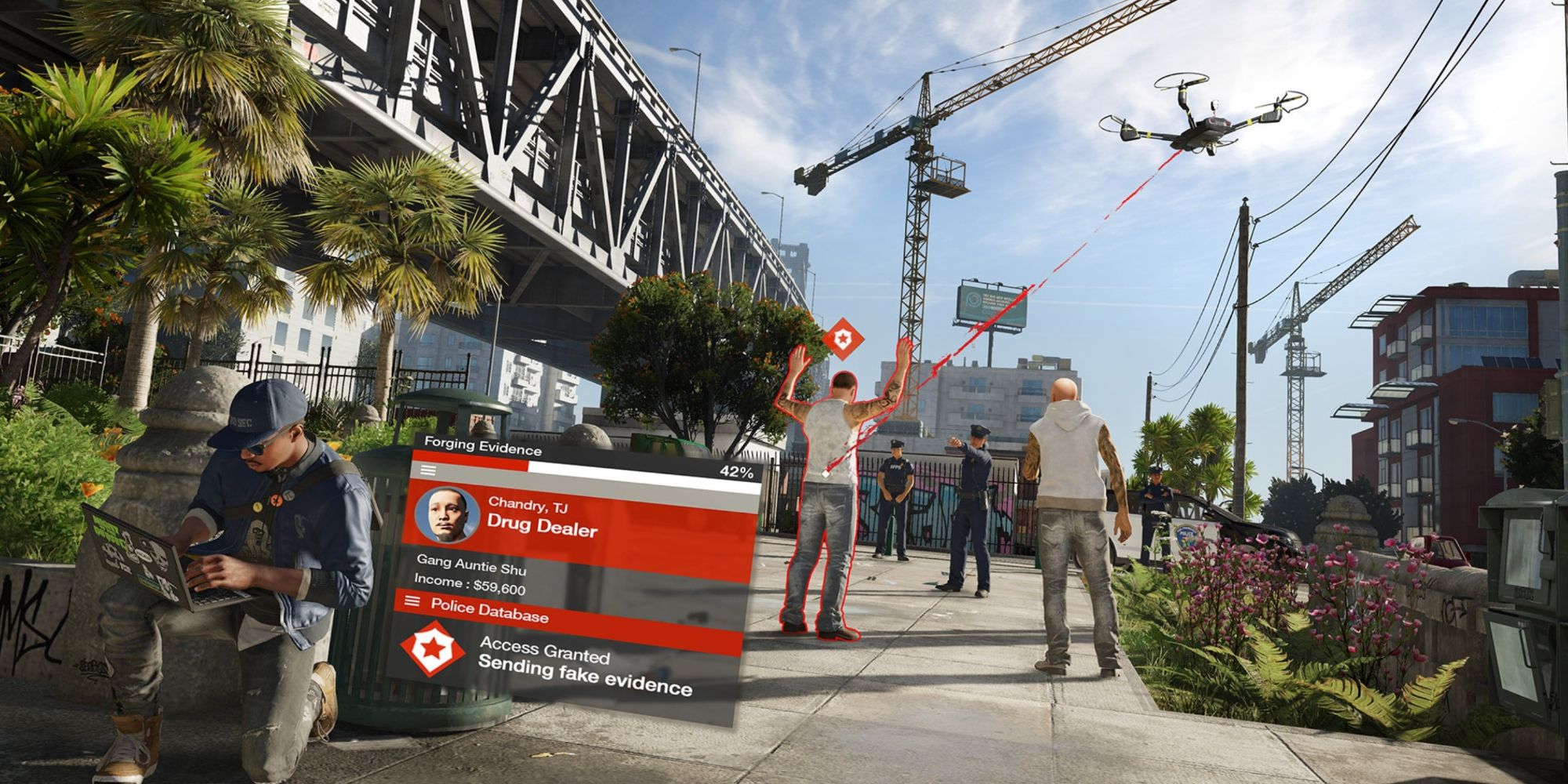 The Quadcopter is one of the first items you’ll be able to access at DeadSec’s 3D printing station. It’s a nifty little drone that you can use to scout out enemy bases in the air and hack into various cameras dotted around the city.

It really is a great tool for getting a lay of the land before heading in for the attack. Upgrading it will improve it even further by lowering its cooldown, so you can use it more frequently – definitely something you’ll want to do. We recommend not spending your hard-earned cash until you’ve unlocked it, as it comes in at a pricey $67,000 to craft.

7 Hack Literally Everyone – Stealing Without Risk 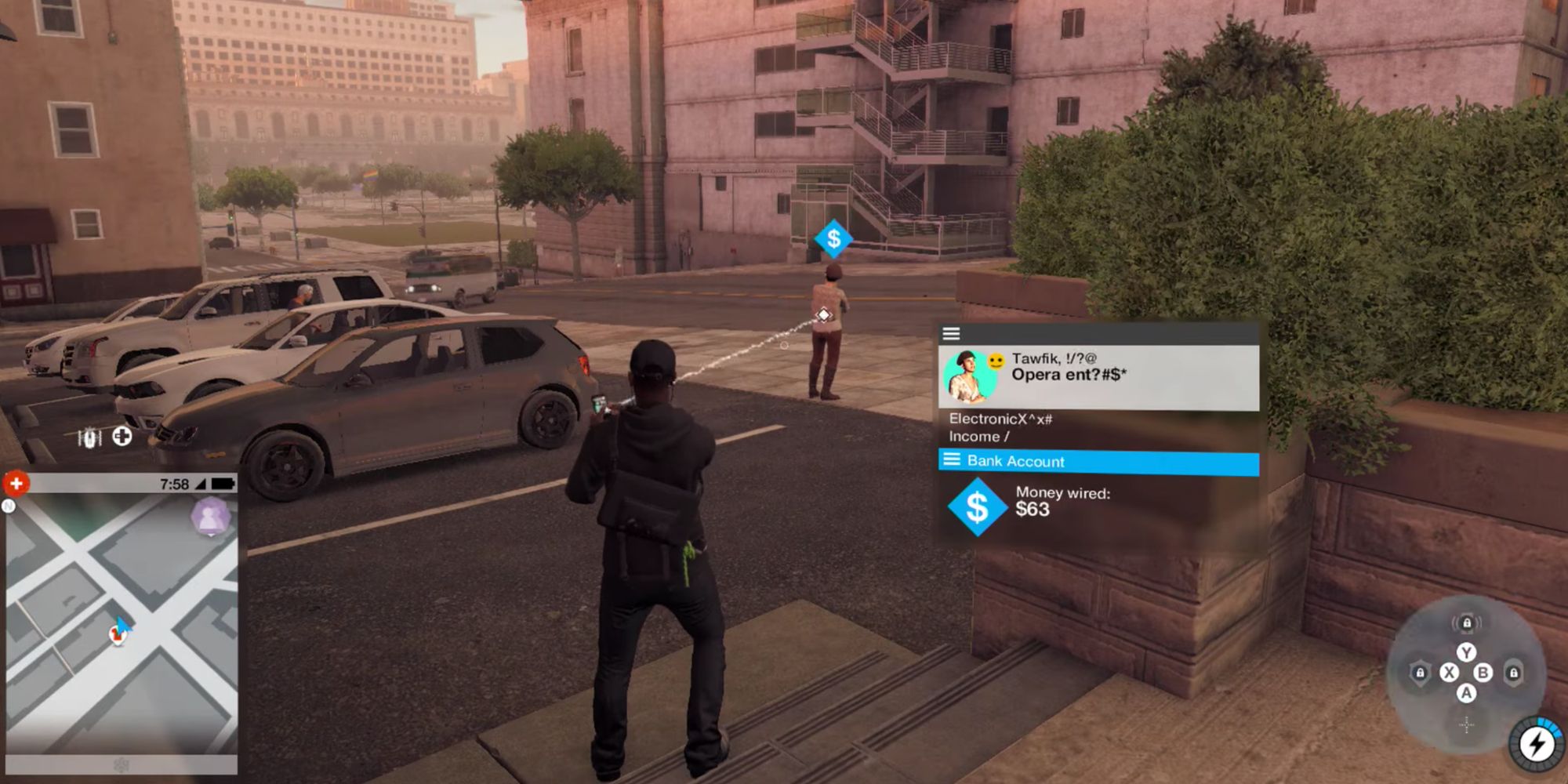 All those cool gadgets and upgrades aren’t cheap, and it will likely take a while before you get to try them all out. Luckily, you are part of an elite underground hacking squad that can delve into the personal bank accounts of everyone you come across, all in the name of activism.

You have the ability to hack any civilian at any time to skim a little of their income, with absolutely no repercussions. Although it doesn’t make the most logical sense to hack oncoming traffic whilst zooming down the Golden Gate Bridge, we’ll just assume Marcus is exceptionally good at multitasking. 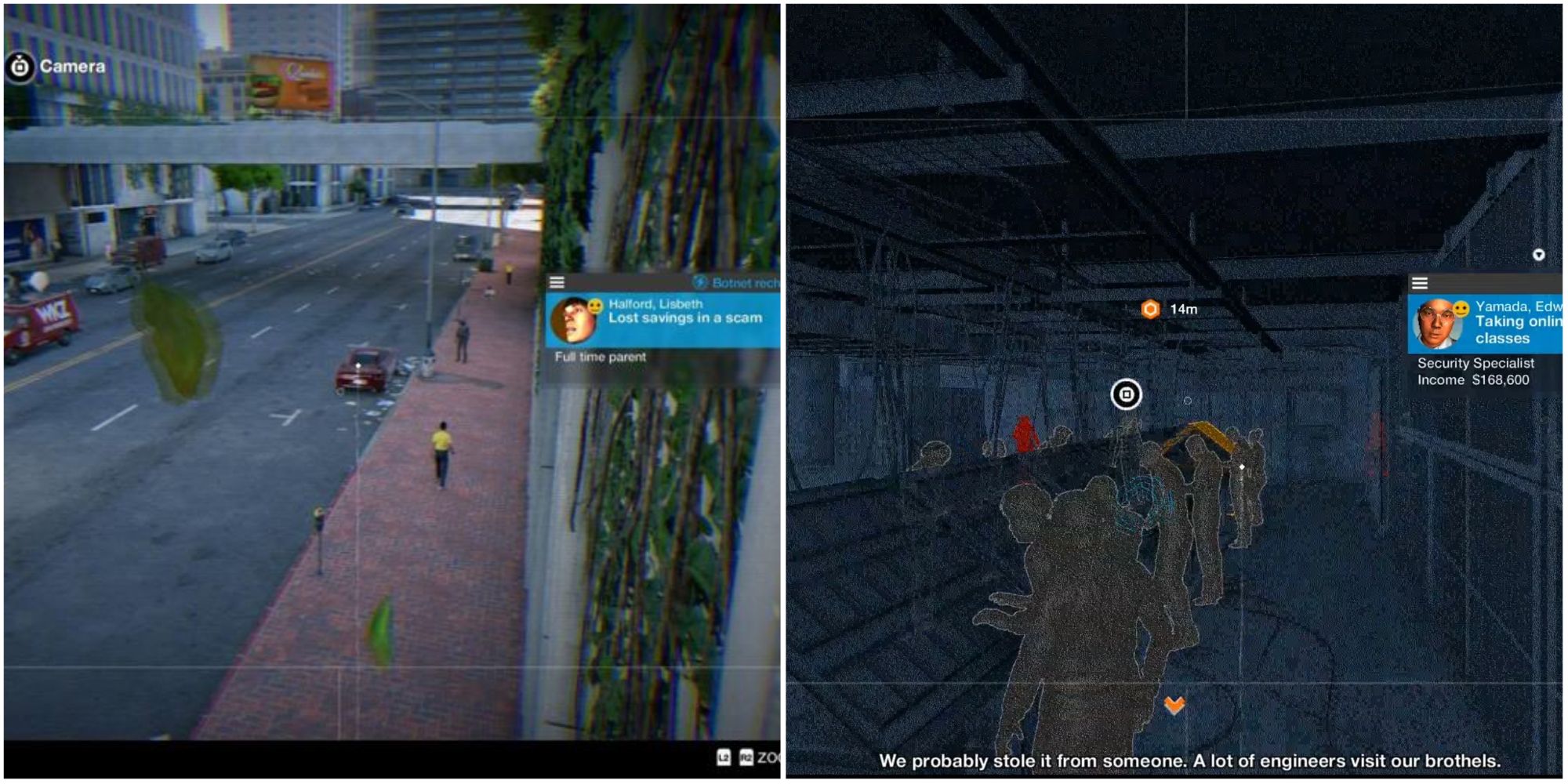 In Watch Dogs, surveillance cameras will always be a hacker's best friend. Every single CCTV camera within sight can be hacked into, allowing Marcus to get a birds-eye view to solve puzzles and scout out gang hideouts.

You can tag any enemies that are in your line of sight, and it’s a great way to plan a route through a gang-infested warehouse. More than just allowing you to scout an area, you can also hack objects through the cameras themselves, setting traps for enemies and watching them explode from multiple angles from a safe distance. 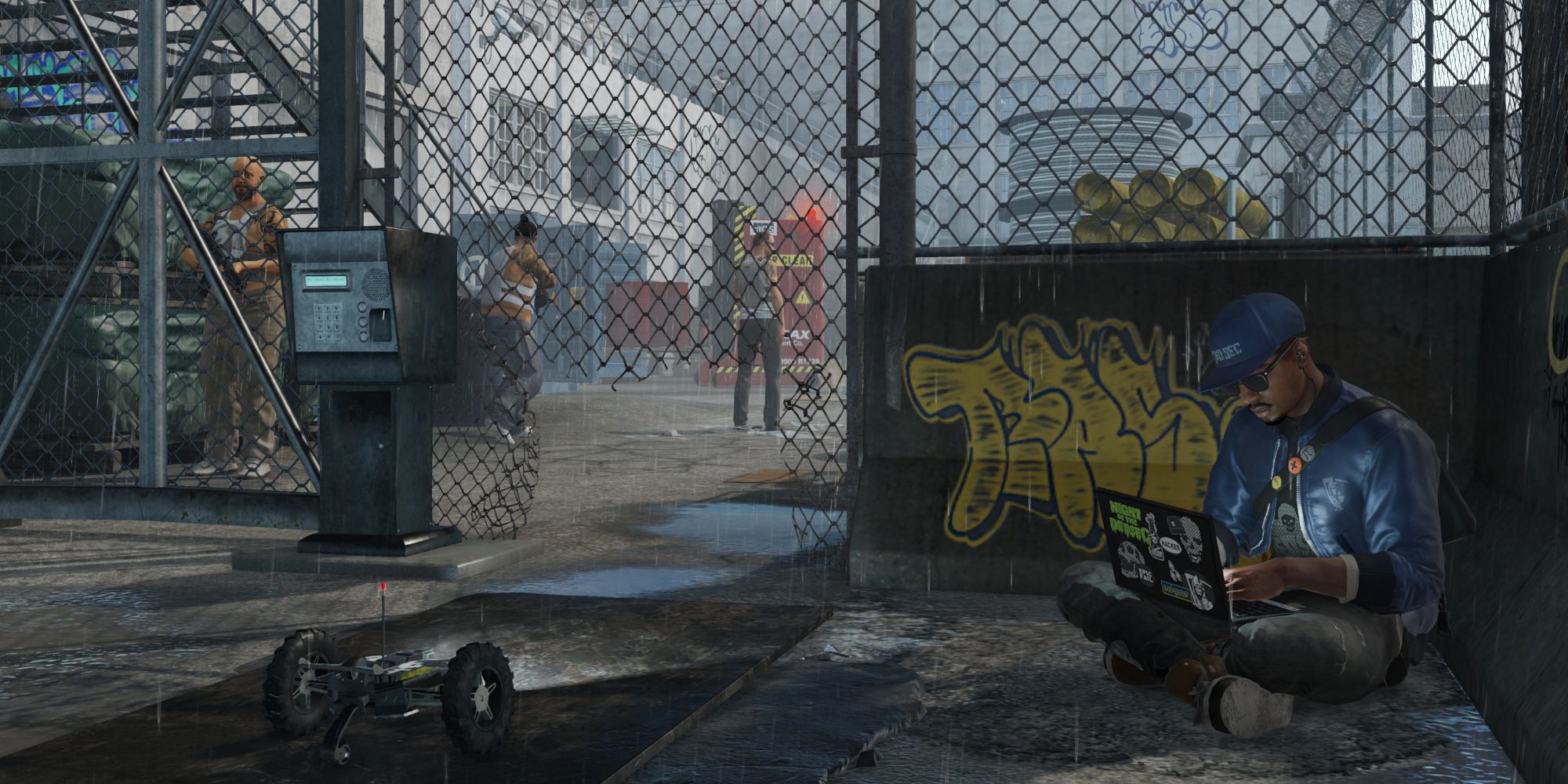 Despite being able to play the game in a variety of different ways, it’s clear that it was designed with stealth in mind. This favours a more tactical and non-lethal play style, where you can plan the best way to attack ahead of time.

Taking a quieter approach allows you to take a step back and experiment with all the gadgets and tech you have at your disposal. It feels great to hop around an enemy base with your RC Jumper, and using your Quadcopter to drop some well-placed explosives on your foes is a blast. If you like, you barely have to engage with your enemies in any real physical capacity, as you can distract and trick them into doing your bidding before they realise what happened.

4 You Can Create Your Own Music Playlists 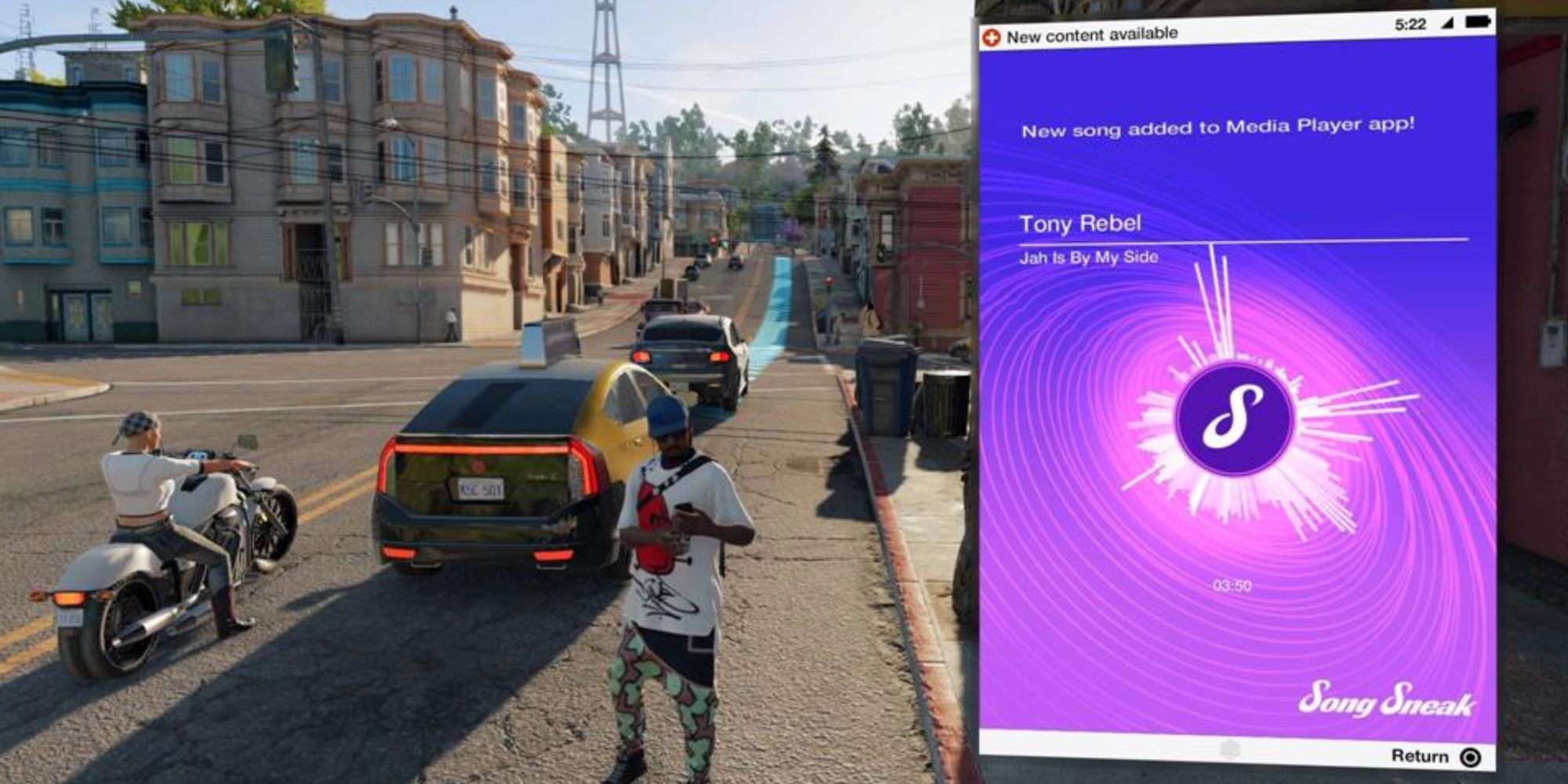 One of the most important features of any open-world GTA clone is its in-game music, and thankfully, Watch Dogs 2’s soundtrack does not disappoint. What’s more, you have the ability to create your own playlists, giving you greater freedom in what tunes to listen to when hacking and stun-gunning your way through the city.

Sort of like Ubisoft’s version of Shazam, the SongSneak app on your phone allows you to add any nearby music you hear in the world to a self-curated playlist you can rock out to at any given time. It’s a small but much-appreciated feature that often gets overlooked in the hustle and bustle of the world around you. 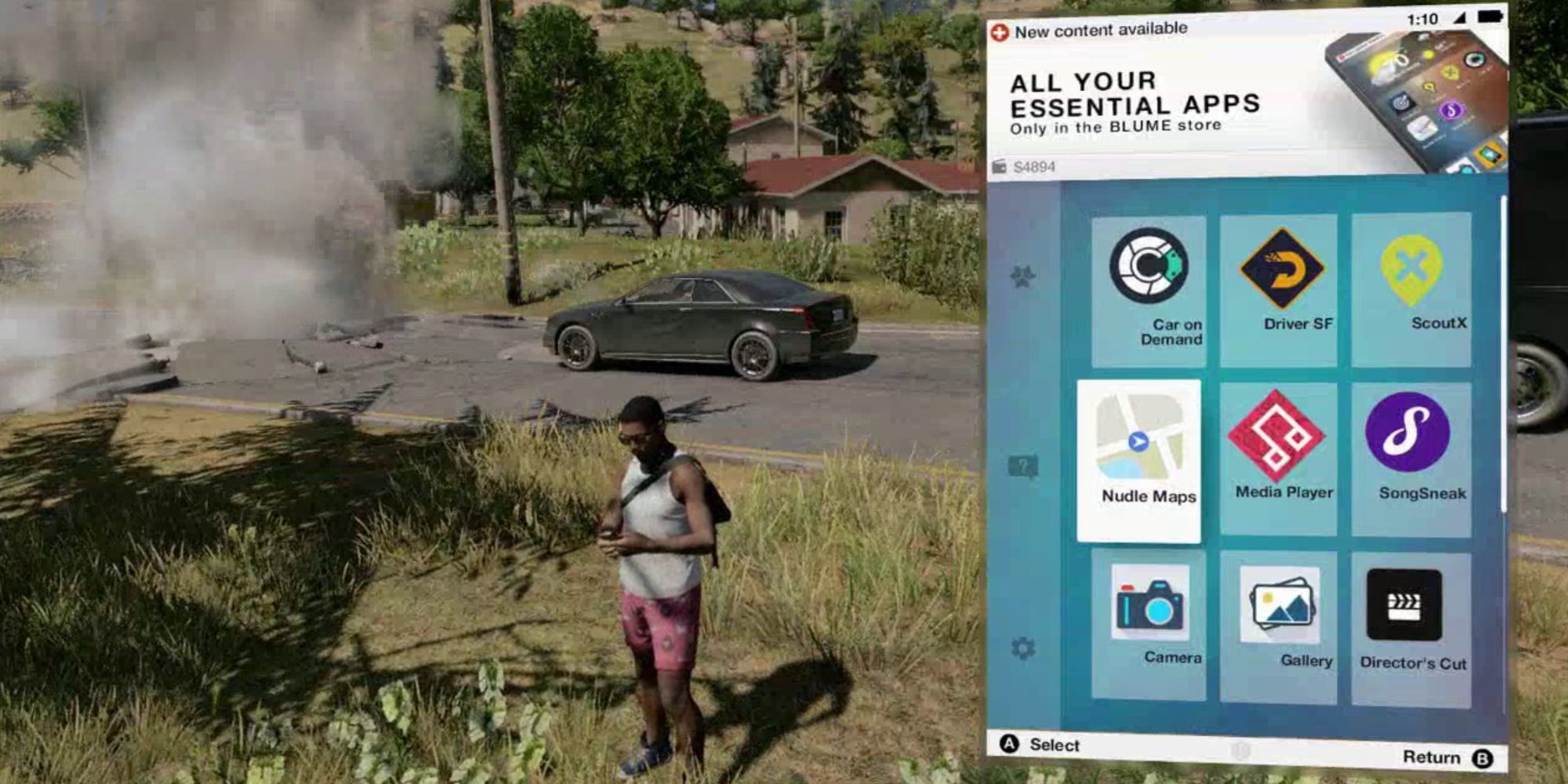 More than just a simple GPS or a way to communicate with other DeadSec members, Marcus’ smartphone contains a lot of helpful applications that offer a surprising amount of gameplay options.

You can order any vehicle to your location with Car On Demand, which will be handy when taking on the role of a glorified Uber driver after downloading the Driver SF ride-share app to your phone. Scout X rewards you for taking pictures of tourist locations, encouraging you to explore the world as much as you can. Each will help DeadSec by significantly increasing their followers, which is needed in order to progress through the game.

2 Turn Off Hacker Invasions For A Smoother Single-Player Experience 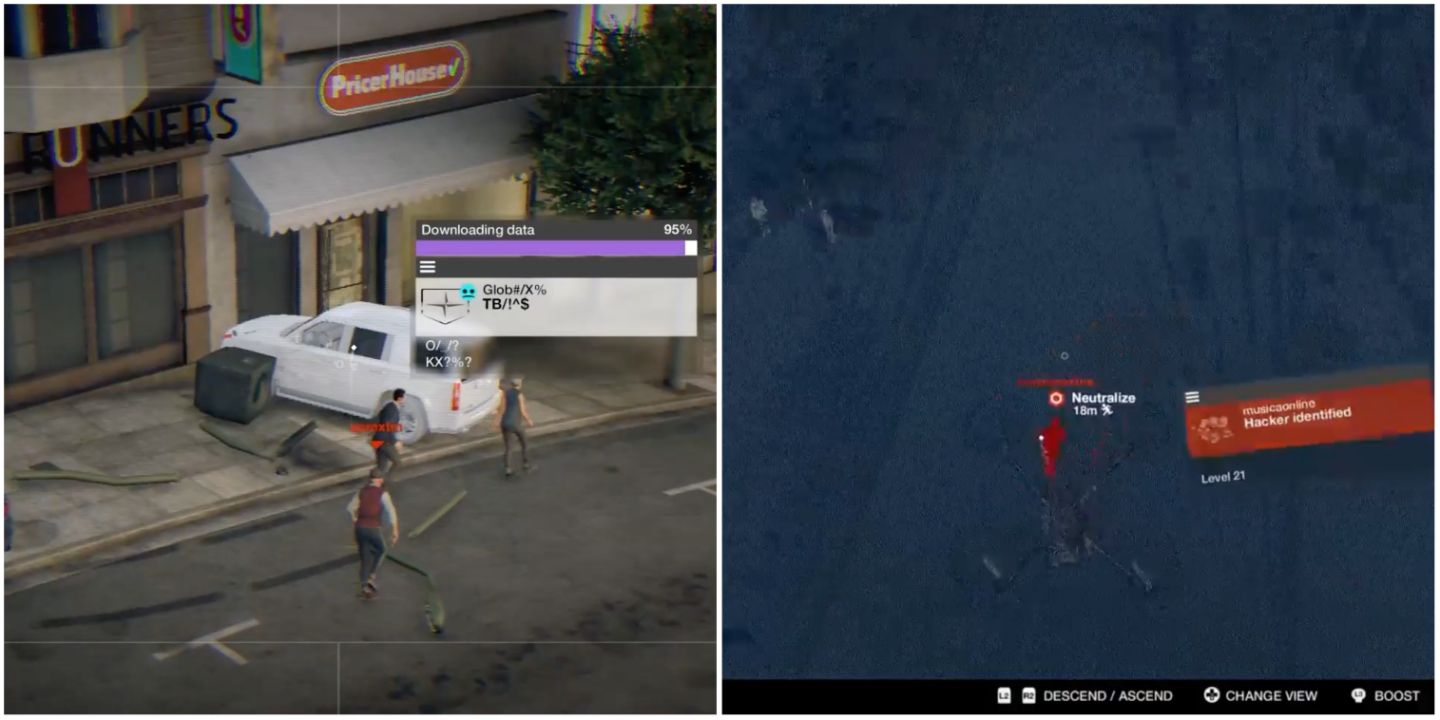 When you’re out and about minding your own business cruising around San Francisco, you will occasionally receive a notification that a real-life player is attempting to hack into your network and steal some of your precious data.

As fun as it is to engage in a chase of hacking-related cat and mouse, sometimes you just want to be left alone to roam around at your own pace. Thankfully, you have the option to turn off any unwanted invasions in your game by heading into your phone’s options menu and toggling the multiplayer preferences.

1 Multiplayer Can Be Very Rewarding 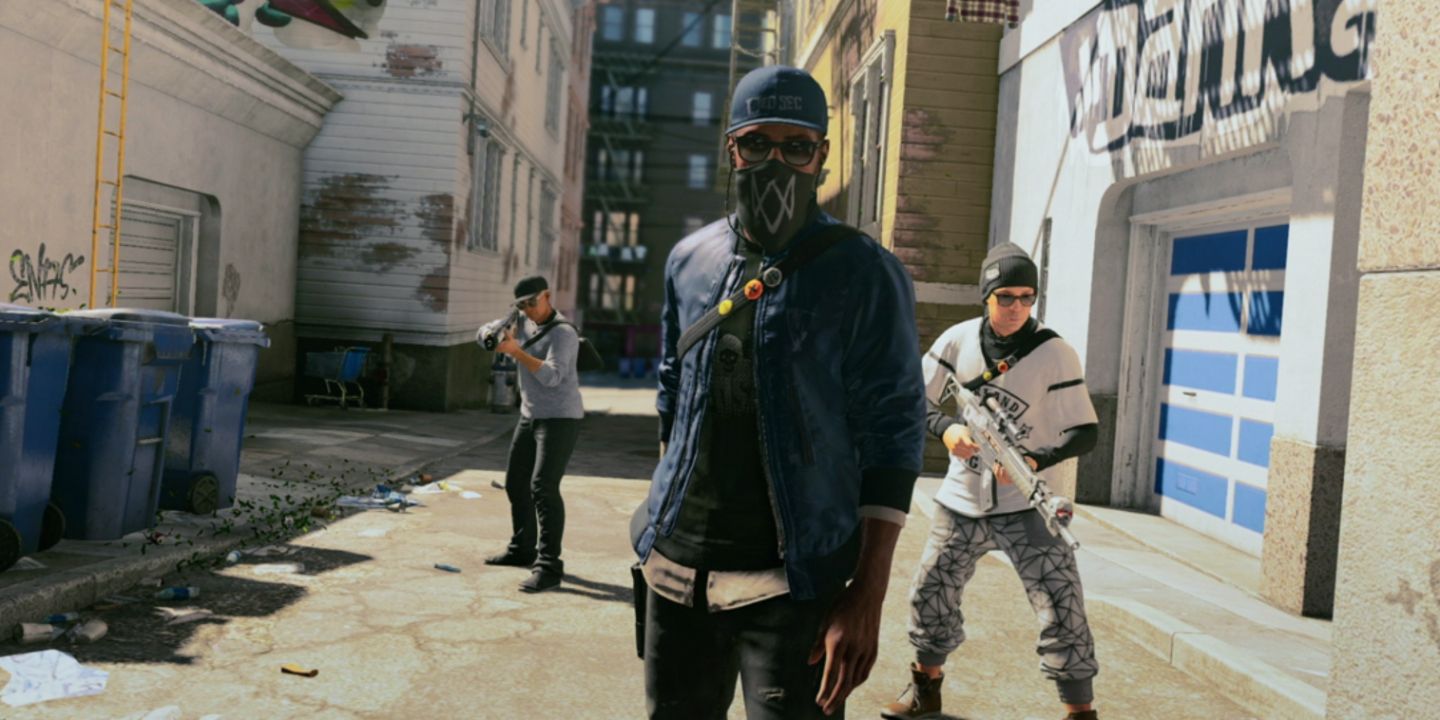 If playing with others is more your thing, there are plenty of multiplayer options available in Watch Dogs 2. This time around co-op has been revamped, allowing you to tackle a bunch of randomly generated missions with a partner. If causing aimless acts of chaos around the city is more your bag, you can free-roam with a buddy to complete activities and pick up collectables as you go.

If you’re feeling up to it, you can engage in the game’s interesting bounty system, where naughty DedSec members from other game worlds have racked up enough notoriety to be targeted and hunted down. Eliminating your real-player targets will net you a nice reward, which will help you purchase and upgrade the various gear, gadgets and weapons in the game.