10 Things We Wish We Knew Before Starting Sonic Frontiers 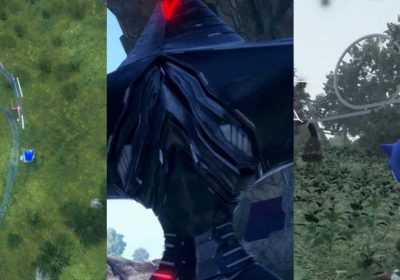 Sonic Frontiers is an expansive game loaded with items to find, moves to unlock, and many, many rails to grind. It’s a fast, fun time, especially once you find your rhythm with how Sonic controls and the game’s many interlocking systems.

With so much to do, and so many collectibles to track down, it can be hard to know where to start. And while the game provides decent onboarding, it also leaves a lot up to you to figure out. So, if you’d like to hit the ground running — and don’t mind having a bit of spoiler-free background before you begin — here are ten tips to prepare you for the open frontier. 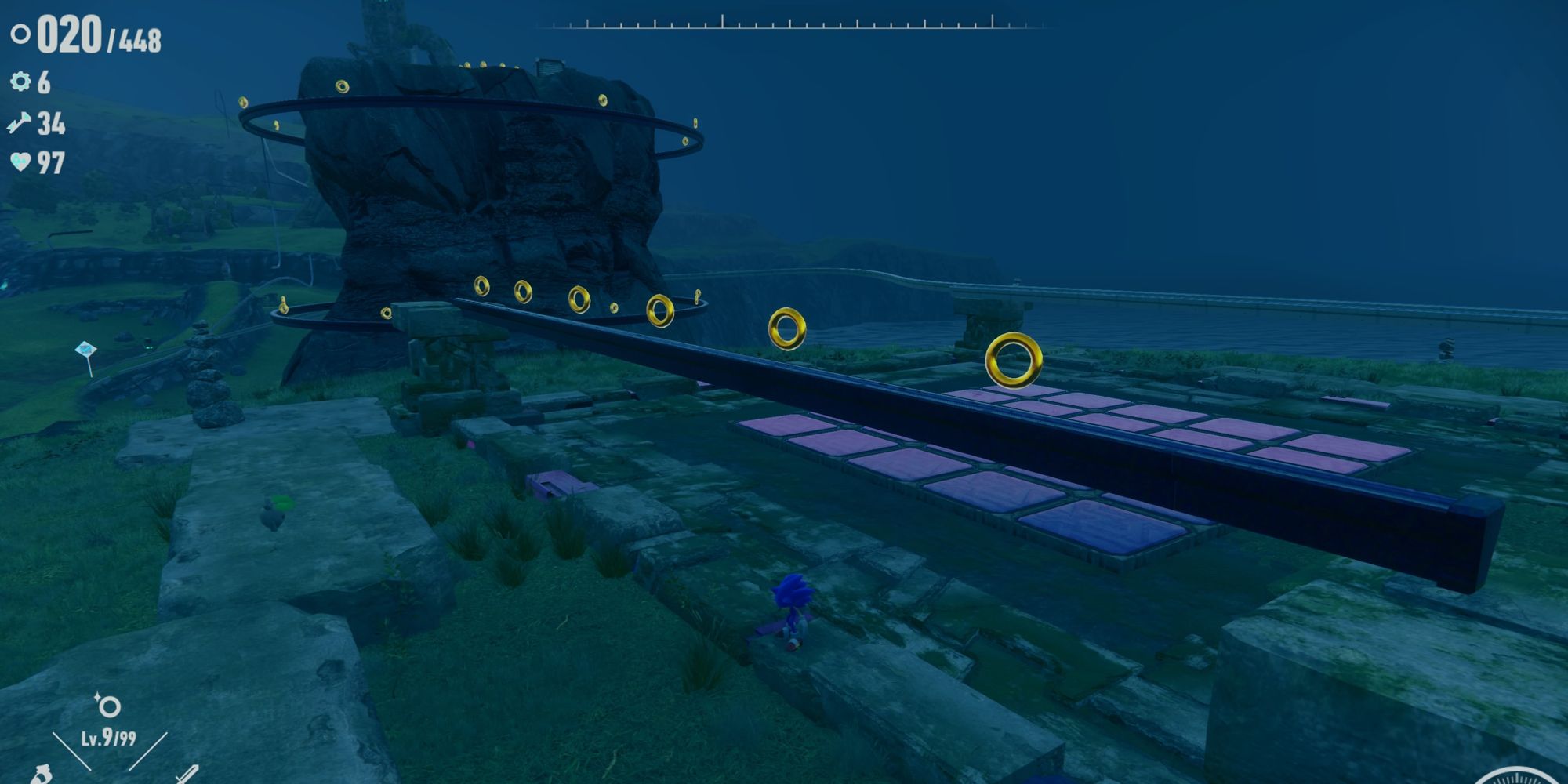 If you’ve played Sonic games before, you’ll know rings function as a kind of health bar for him. If he takes damage, he’ll lose some of the rings he has. If he gets hit while holding zero, game over — but the game will let you pick up again about where you left off.

You can also perform a Ring Dash, speeding through a line of rings, by clicking the left stick. And if your ring count is at full capacity, you’ll receive an attack and speed boost. So try to keep the max number of rings as often as possible, even if you're just roaming through a danger-free area. 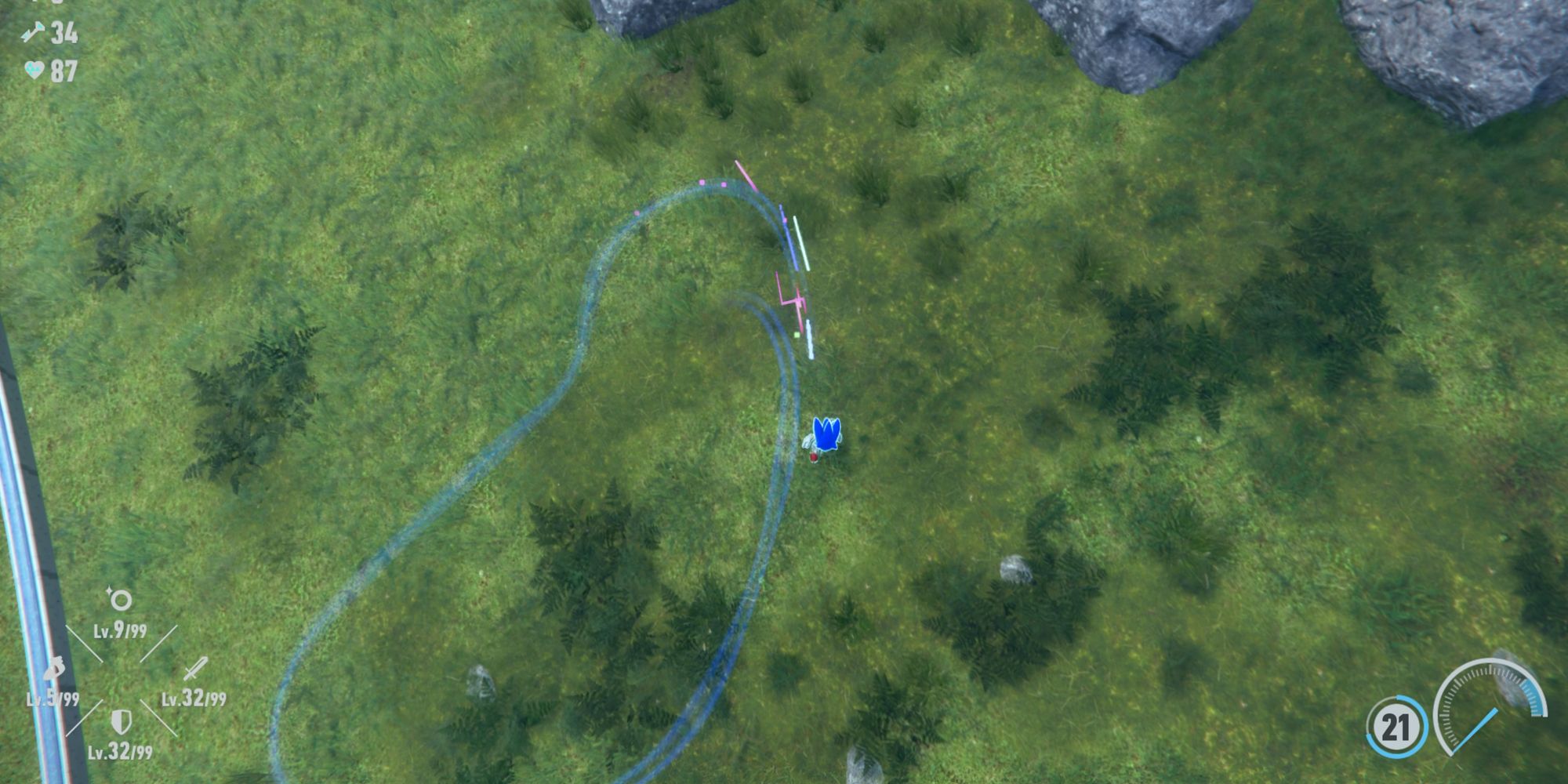 At the start of the game, Sonic will learn the Cyloop, which creates a trail behind him as he runs. Enclosing a full circle with the Cyloop creates a blast that has all sorts of uses. For one, it’s a reliable attack that can hit many enemies at once. For some armored enemies, it’s actually necessary to Cyloop them first to take down their defenses.

You should also use it wherever you see a blue glow — on signs or certain environmental objects, like suspicious trees or cacti — to uncover hidden items. And you can always use it to generate more rings. Every time you close a Cyloop, rings will pop out, and occasionally rare items will emerge, too. If you’re in the middle of a boss battle, and find yourself low on rings, just take a moment to Cyloop a few times, and it’ll be much harder for the enemy to ever beat you. 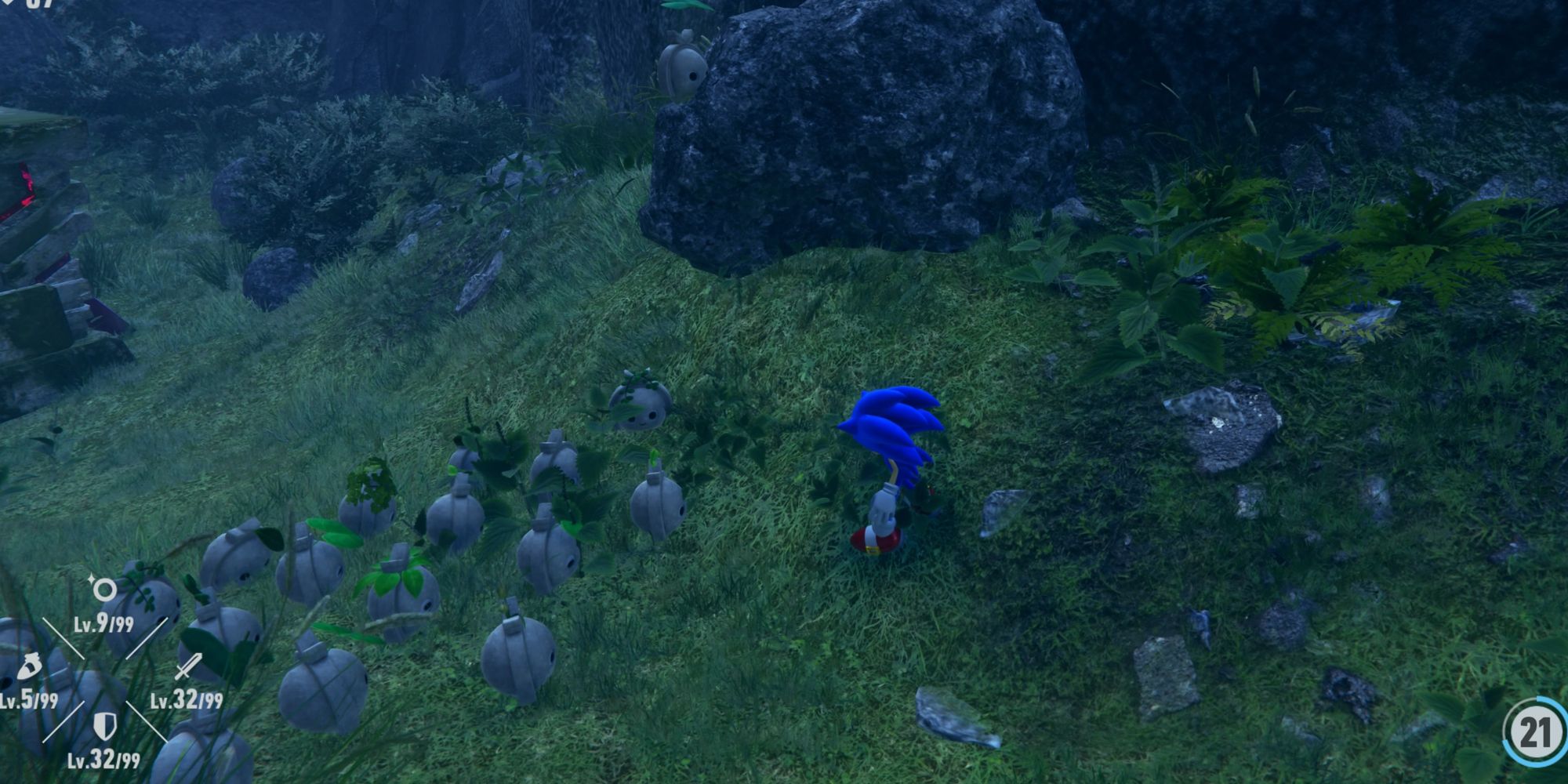 Scattered across the islands of Sonic Frontiers are small round creatures called Koco. (They’re a bit like the Koroks of Breath of the Wild, minus the charm and distinctive laugh.) You'll want to gather as many as you can and bring them back to the Elder Koco, who will reward you with increases to your speed or maximum ring capacity.

Koko have a stony appearance and blend into the natural environment, so you’ll have to keep a careful eye out for them. Fortunately, they’re often hidden around sites of interest, like portals, so be sure to check around and behind these landmarks as you find them.

7/10 Take Advantage of the Training Room 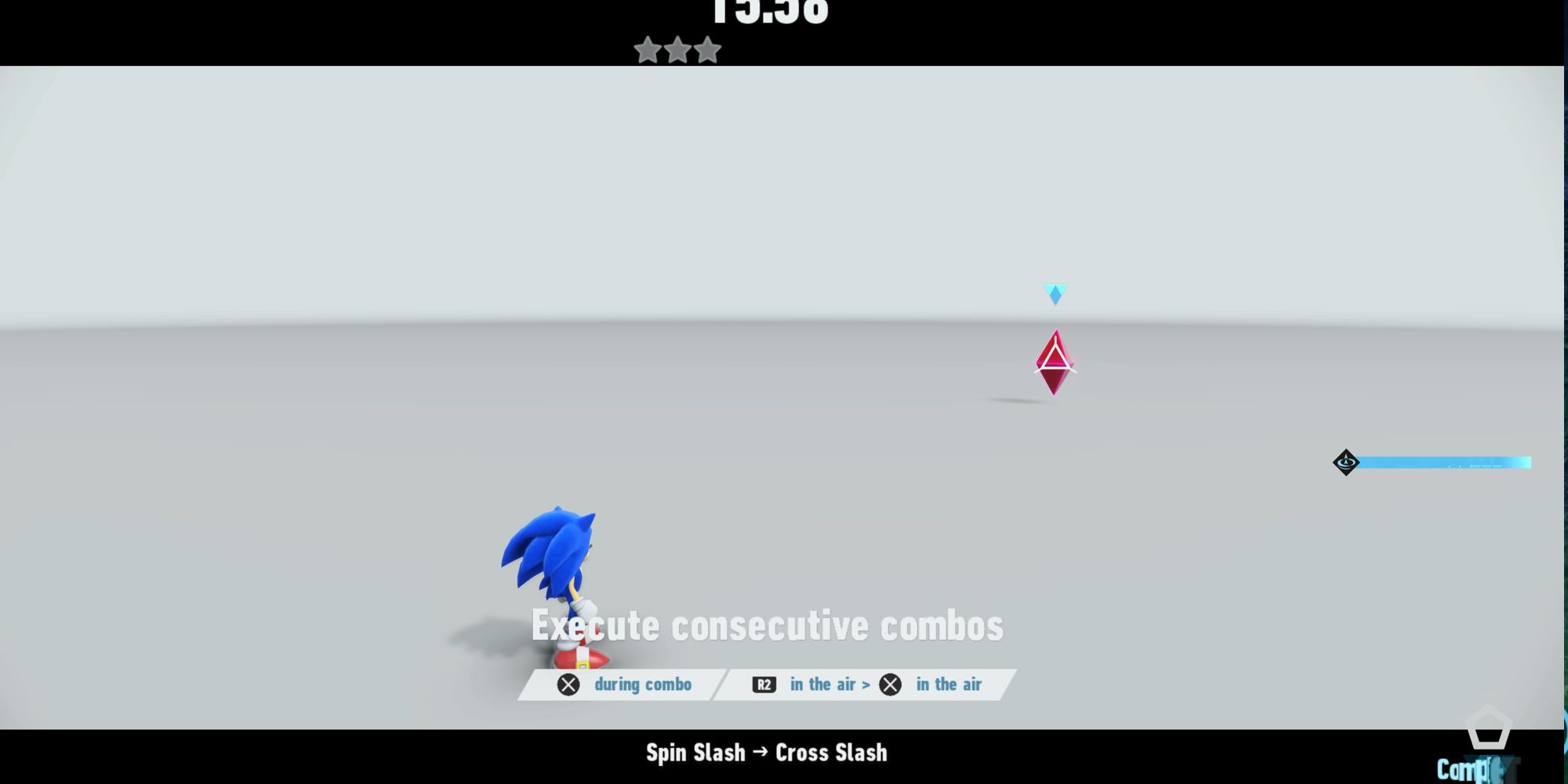 Take the time to actually complete these challenges, as they offer good insight into how to handle real-game situations. You can also hop into the training room at any time from the skill tree to practice a particular move. 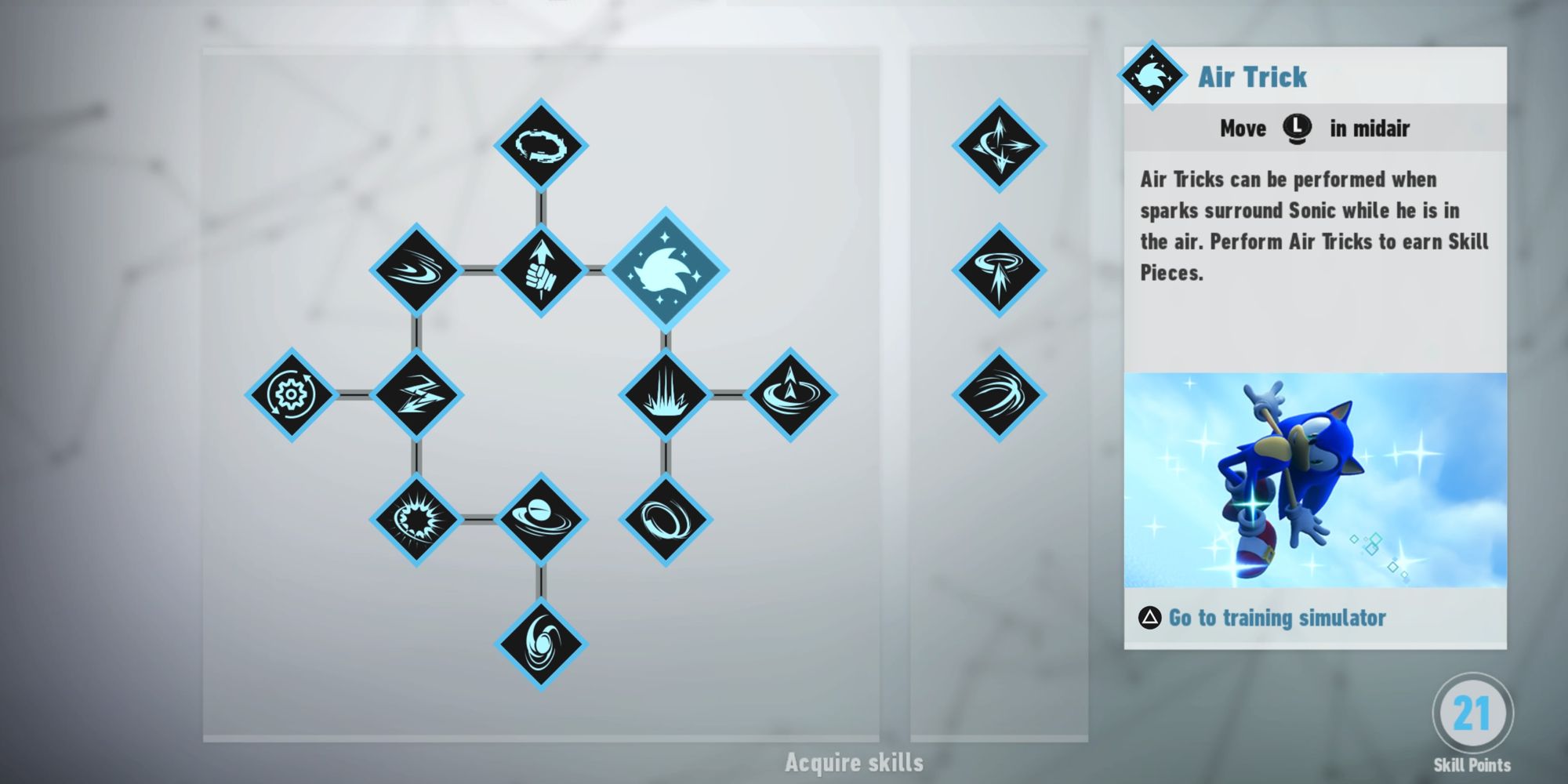 On the skill tree, prioritize Air Trick first. It will help you earn bonus skill points by doing aerial stunts. In certain situations when Sonic goes airborne (like boosting off a piece of sloped terrain or bouncing from a glowing spring), blue sparks will flicker around him, and that’s a sign that you can start moving the left stick to perform tricks.

You can hack this system somewhat if you find a glowing spring that Sonic can bounce from but still land roughly where he started. Just keep bouncing off it over and over again, performing as many tricks as you can, and you’ll gain points way faster than you would just by defeating enemies. 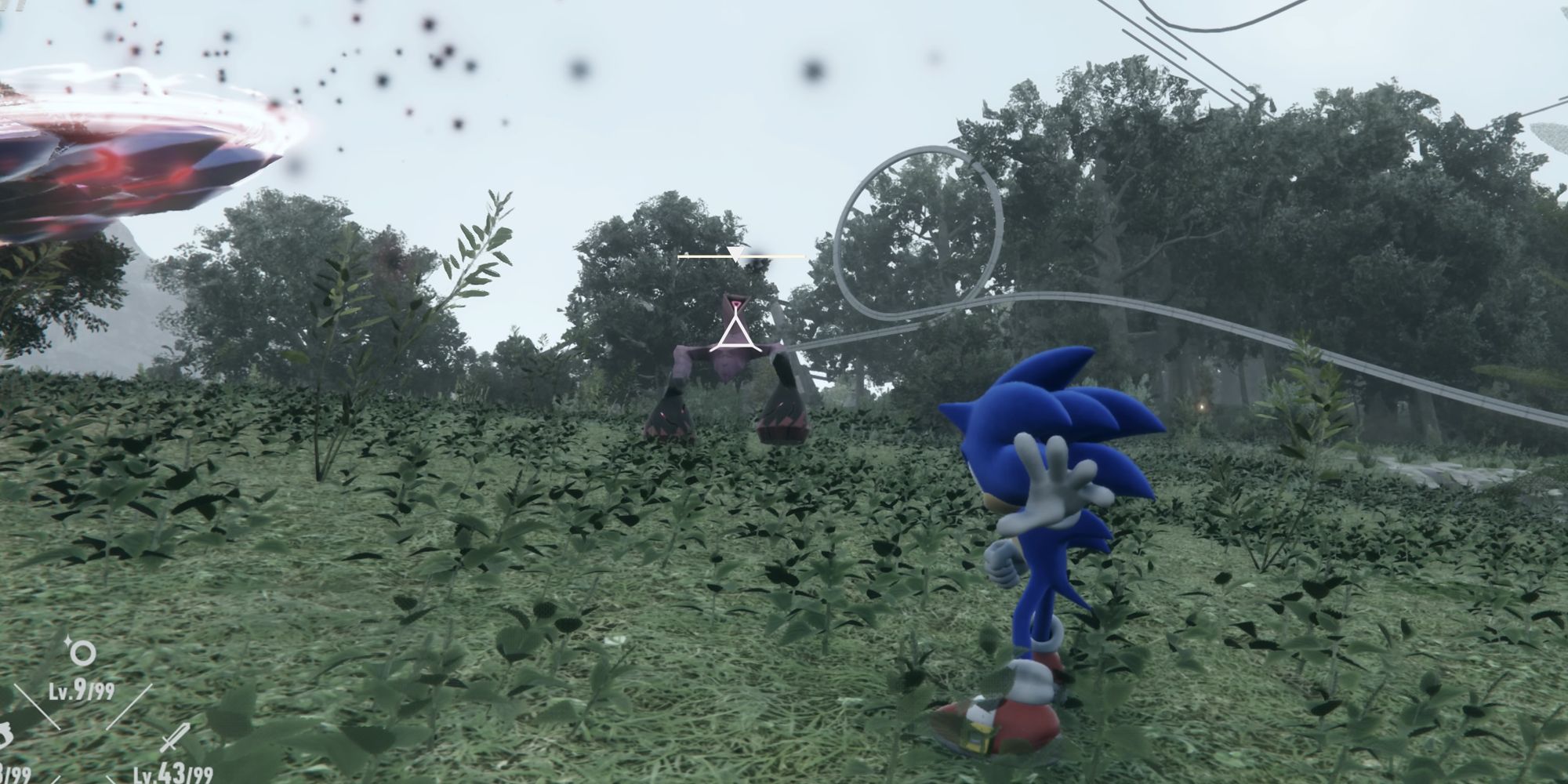 Sonic Frontiers has a very generous parry system. There’s no timing to it, so Sonic can just hold both shoulder buttons to go into a special stance and deflect one enemy attack. Once parried, not only will enemies be stunned, but time will also slow down, giving Sonic a huge opportunity to retaliate.

You may even need to parry some enemies to defeat them. So if Sonic’s regular moves aren’t working, give them the chance to attack first, simply hold the parry buttons, and see if that gives you an opening. 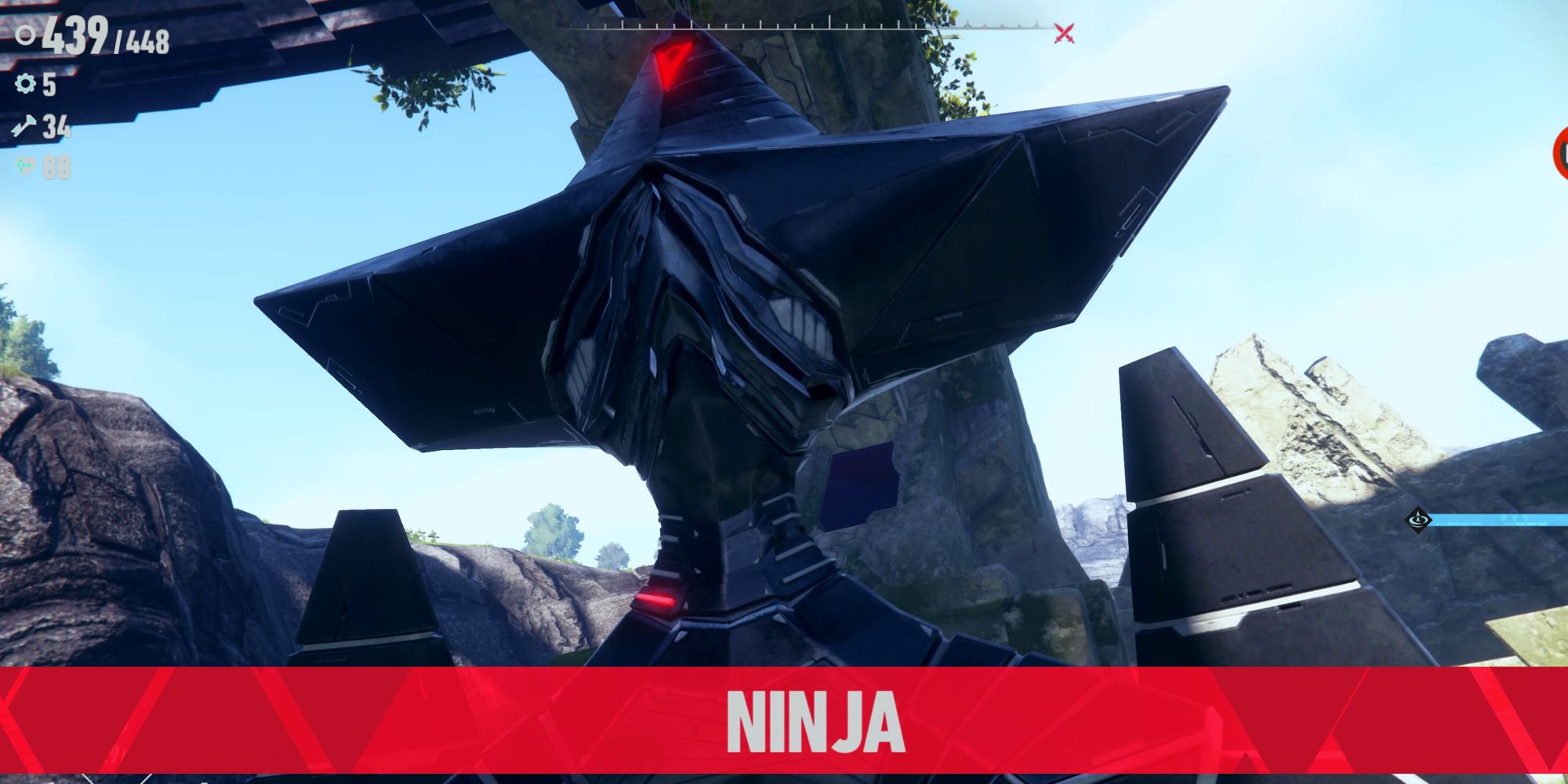 Sonic will regularly encounter impressive, often huge, minibosses called Guardians. Defeating them will give you the Portal Gears you need to open Cyber Space stages — special zones where you can earn Vault Keys, which in turn let you access the Chaos Emeralds.

The Guardians are cleverly designed around Sonic’s abilities, and their fights are some of the highlights of Sonic Frontiers. Fighting them will give you practice dashing up slopes, grinding rails, parrying, and other essential skills, and defeating one can be a bit of a puzzle the first time you encounter it. Some of these battles can be pretty tough, too, so max out your rings with repeated Cyloops before taking them on.

3/10 Optimize The Camera, And Sonic Himself, In The Options Menu 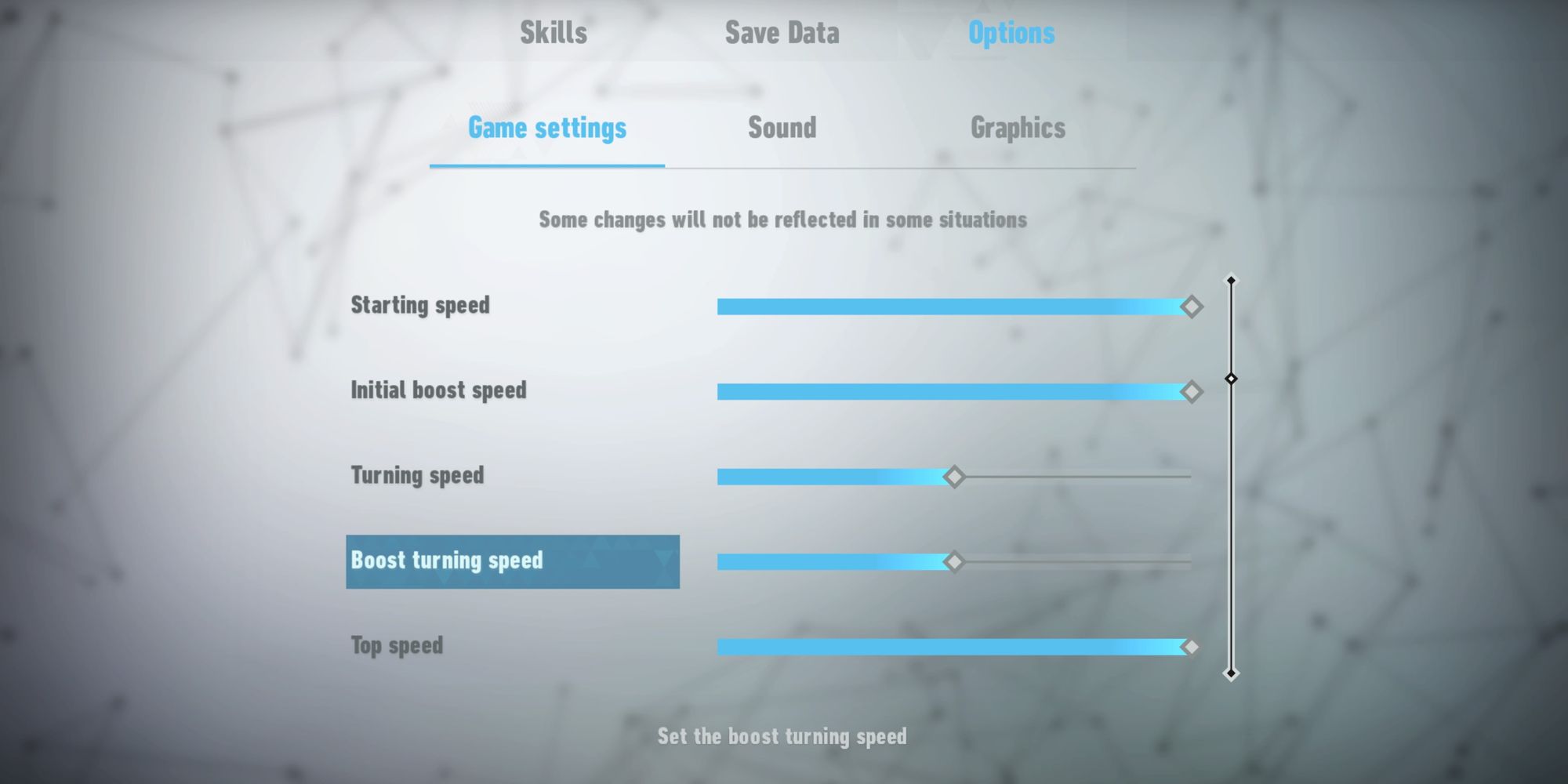 For all the things that Sonic Frontiers does right, the camera can be an issue. Fortunately, there is a long list of camera options available in the Game Settings to position it to your liking. It is often helpful, for example, to pull the camera back further than it defaults to, so you can see more around Sonic.

Frontiers also has a surprising number of ways to tinker with Sonic’s movement that almost resemble a racing game. Starting speed, initial boost speed, top speed, turning radius — the list goes on. So be sure to spend some time with all the options in this menu to maximize your control and visibility over Sonic and his environment.

2/10 Don’t Get Greedy When Doing Combos 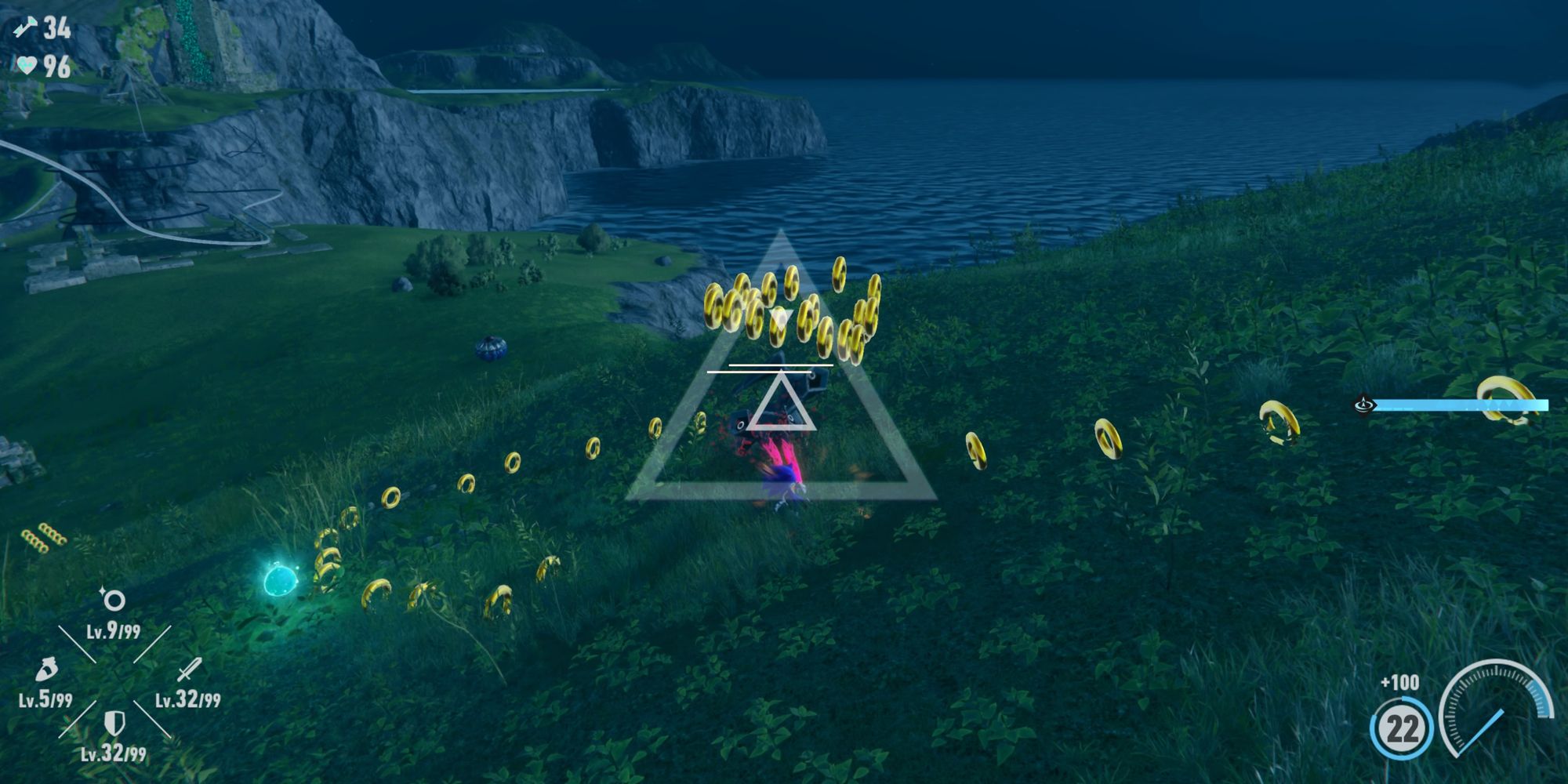 When an enemy’s defenses are down, it’s time for Sonic to rush in and start attacking. Many of Sonic’s moves combo seamlessly into each other, but some of the strongest moves can also take the longest to perform.

A trap you won’t want to fall into is to overplay your hand and get caught right in front of the enemy after they’ve recovered and can hit you back. This can be particularly hard to gauge on smaller enemies whose attacks are harder to see. It’s not the worst thing to get hit, as rings are generally easy to recover. But when an enemy is vulnerable, consider leaving some time to retreat or parry, rather than simply attacking as long as you possibly can. 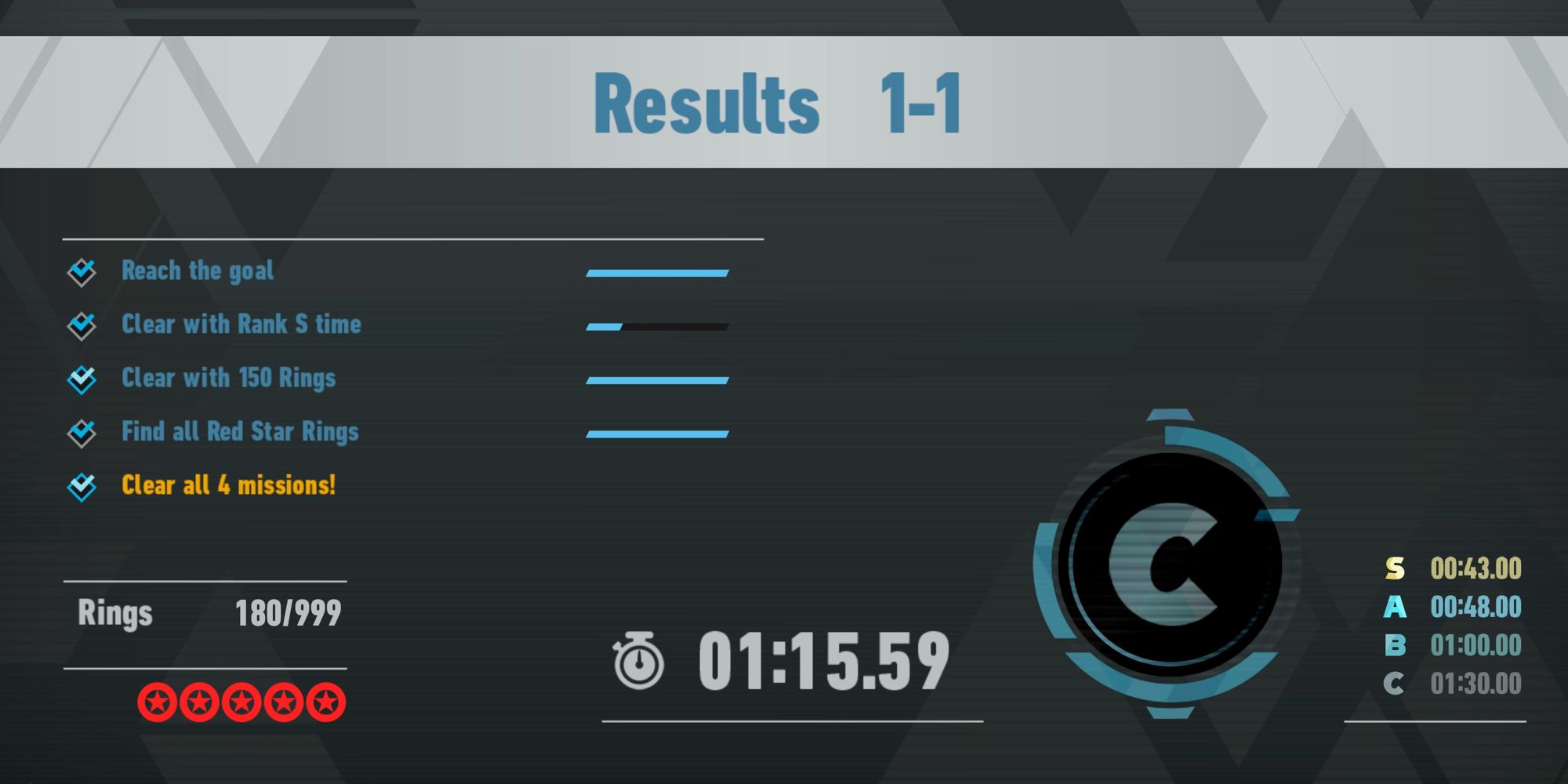 The Cyber Space stages are also a highlight of the game, and they pay creative homages to Sonic’s other 2D and 3D adventures. Completing objectives in these stages will earn you Vault Keys. And if you complete them all, you’ll get several more Keys as a bonus.

Because of the large bonus you get by fully completing all of a stage’s objectives, it’s worth it to be a completionist on them. But you don’t have to, and probably shouldn’t try to, complete all the objectives in a single run. Focus on one task, probably collectibles, and slowly make your way through. Then, once you know the stage well, you can focus on speed and ignore everything else.