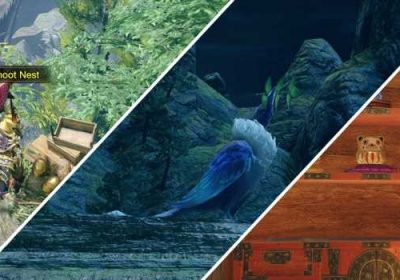 There’s no doubt that Monster Hunter Rise is one of the most streamlined entries in the entire series, trimming the fat in many needed places and delivering a quicker, more satisfying product that has been wildly popular for Capcom.

But being such a complicated and dense game it’s easy to miss a few of the hidden elements while slaying beasts, let alone some of the very secret corners of this rich and detailed world. So for veterans and newcomers alike, here are a few of the things you might not already know about Monster Hunter Rise to help with your hunting. 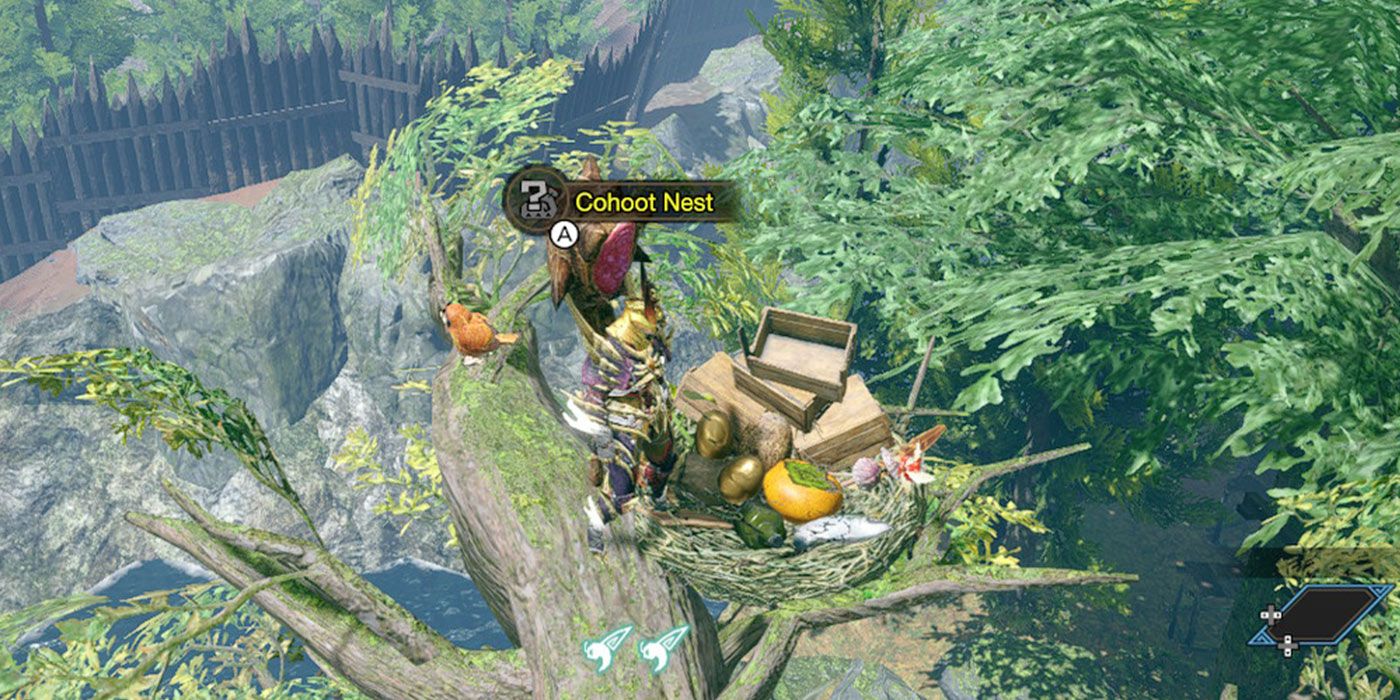 Tucked away in the Buddy Plaza, atop a tree to the left of the Meowcenaries counter and Felyne Chief Kogarashi, you’d be forgiven for completely missing this hidden Cohoot nest.

However, it’s a very helpful thing to know about as after every few hunts you’ll find an egg or two with some very worthwhile treats within. It’s also likely the quickest way to farm the Lagniapple item that greatly improves both the Buddy Dojo & Meowcenaries functions. If you wait long enough you might even find a Golden Egg with even more treats to crack open. 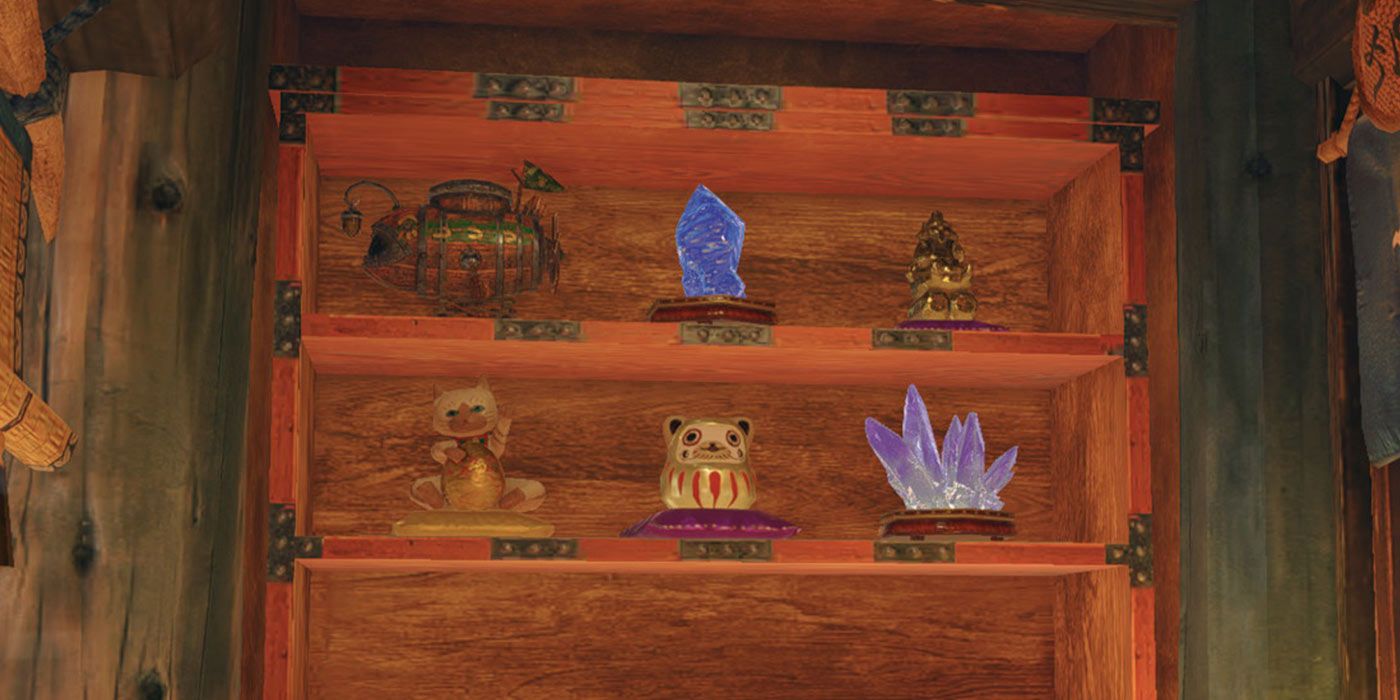 Now, this one hopefully you do already know, but just in case… If you’re ever wandering around Kamura Village and see a dancing Palico to the right of Kagero The Merchant, that means the Lottery is open for business. Occasionally the prizes on offer will include decorations for your room, though you’ll still have to actually win to obtain them.

There’s more, however, as you can also unlock scrolls to hang on your walls by talking to Rondine The Trader, clicking Exchange For Items followed by Special Goods. There’s plenty of lovely decorations to unlock if you know how.

8 The Informant – A Cat Burglar? 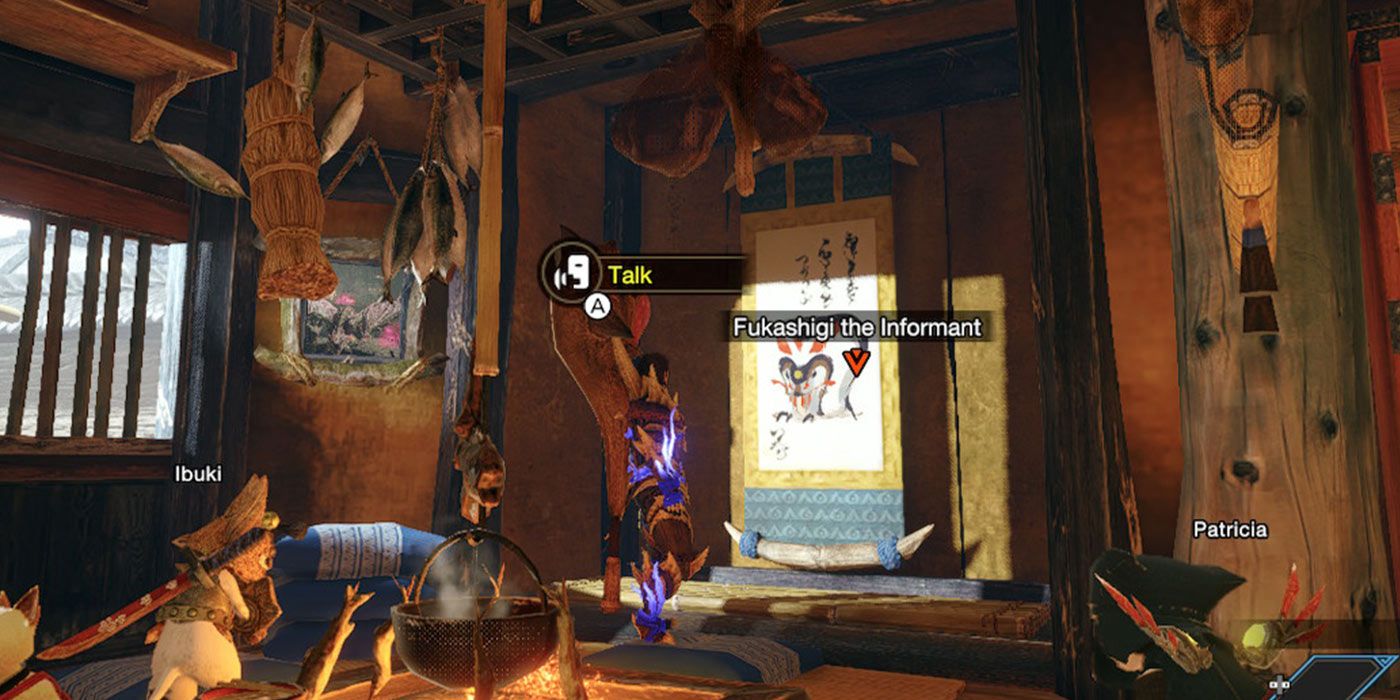 Something much easier to miss though, is if you approach the hanging scroll in Your Room in Kamura Village, you might be surprised to be greeted with a button prompt. That’s because this is the hiding place of Fukashigi The Informant, but was he always there? Does he watch you sleep?

Let’s not question those things right now… What Fukashigi does do however is impart knowledge on you regarding the denizens of Kamura, including your role in helping the many characters you meet. Questions of privacy aside, it’s a neat character interaction that many could skip. 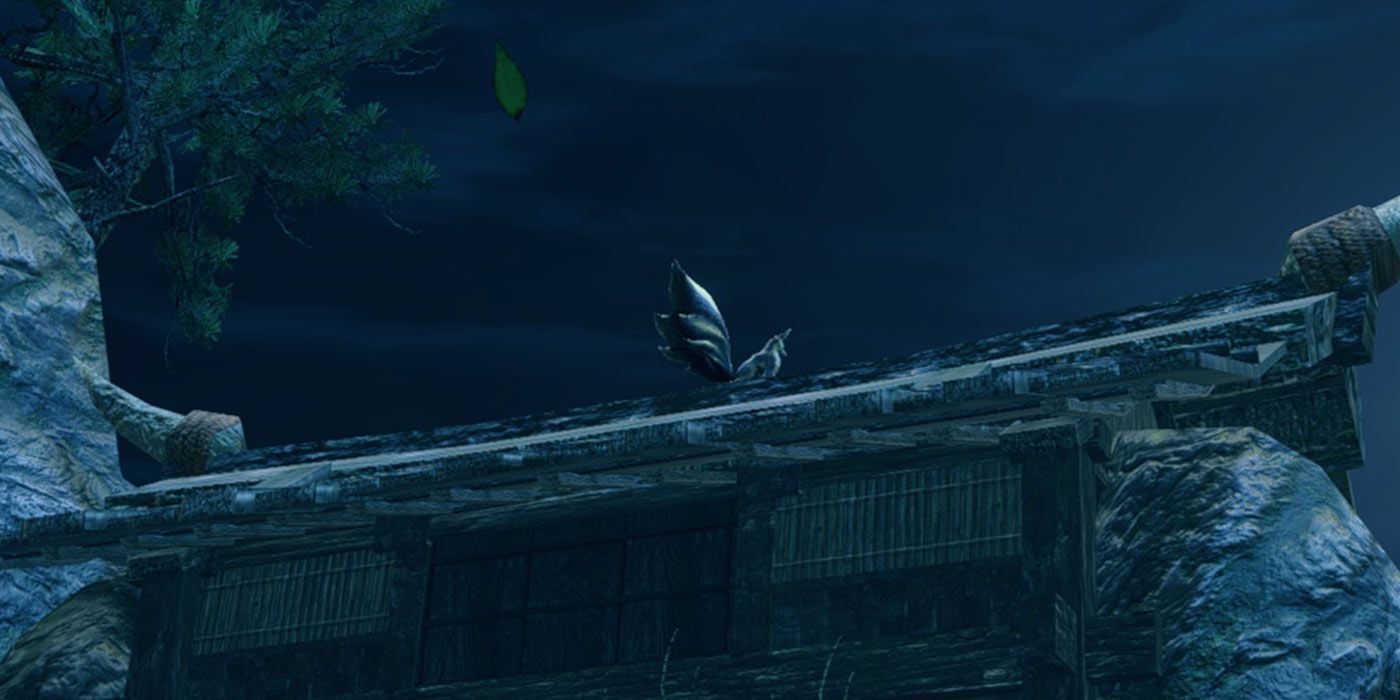 While the wildly proportioned wyverns are your main point of interest and hunting them is the name of the game, don’t forget to also explore the many corners of each map to see what other wildlife is hiding away. Because within each level is one Secret Creature just waiting to be discovered, but you’ll have to do some serious adventuring to find their locations!

Not to mention, you’ll also have to find them at the right time. These elusive animals are tough to find, but they’re a thrilling reward for the more adventurous (and patient) hunters out there. 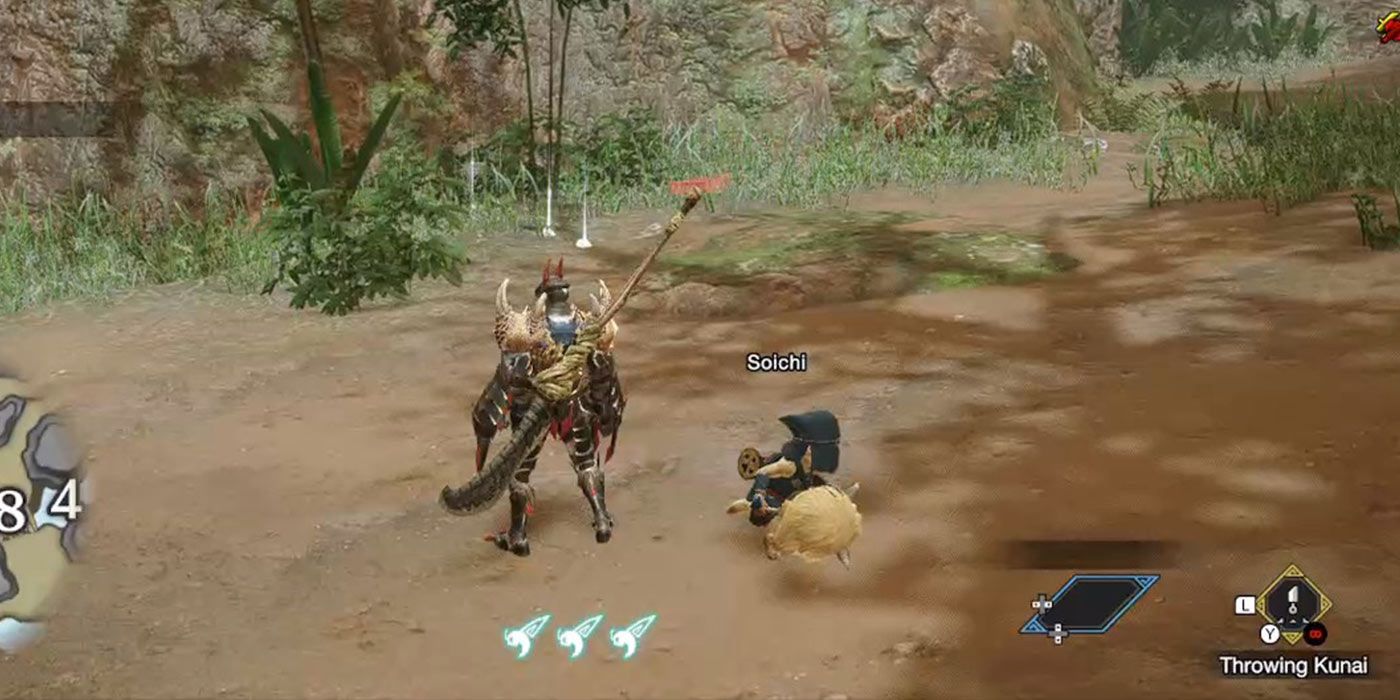 Another creature hidden within each level is the variety of Scale Lizards, each with specific items to drop if you’re quick enough to catch them. Attacking them will reward the player with a variety of items including armor ore, but there’s a trick to getting even more bang for your buck.

When you see a Scale Lizard if you equip your Kunai and very carefully attempt to hit the Scale Lizard multiple times, you can actually get up to three drops from each lizard instead of one. So keep an eye out, you’ll be needing those Armor Ore pieces as you take on the much bigger monsters later. 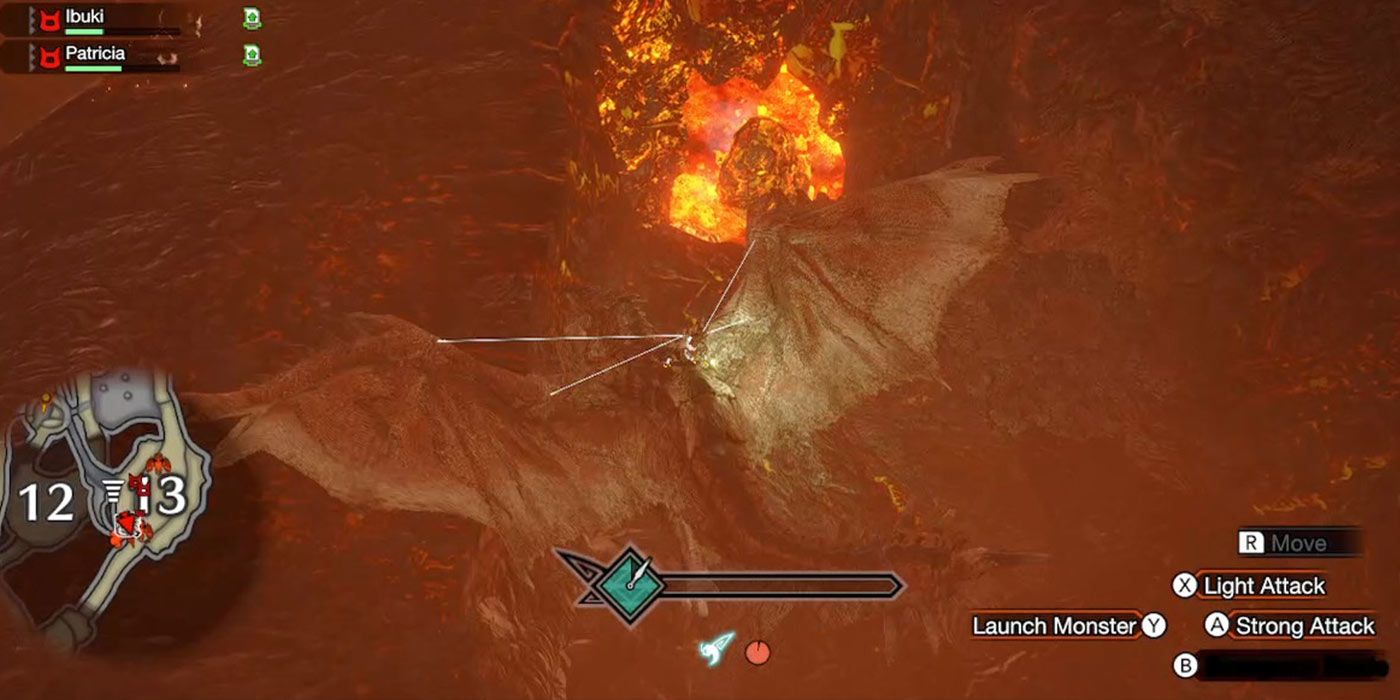 You definitely haven’t missed Wyvern Riding, this fantastic feature has been front and center in the marketing and is one of the most exhilarating moments of each hunt. But what you might gave missed however are a couple of triggerable encounters within the Lava Caverns.

When you wrangle a beast in this location, there are a couple of spots that if you launch a monster into them will actually cause a huge reaction that damages the creature even more. They’re fairly obvious if you start looking for them, but it’s probably better you still discover them on your own. 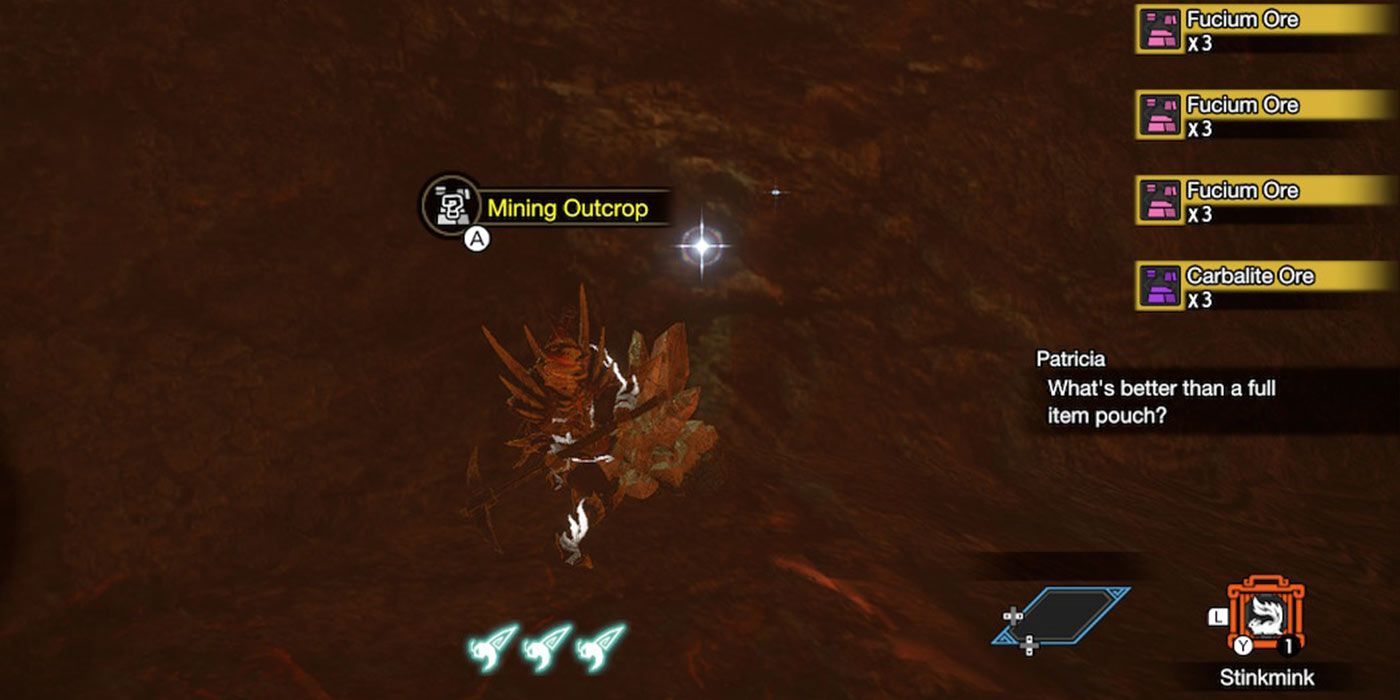 As well as your normal Monster Hunting missions, if you speak to the Quest Maidens you can visit each location on your own time with Expedition Tours. When you are selecting this on the menu if you press R to find Locale Info you can see there will be an Upsurge in the amount of one resource.

If you visit somewhere during an Upsurge of Mining Outcrops, this means that whatever items you mine will be tripled, landing you a huge amount of items very quickly. The Lava Caverns in particular are full of Mining Outcrops, so pair this with equipment with the Geologist skill and you can be taking home a massive amount of rocks to sell for a fortune if you need some cash.

3 Lucky Life – Lucky For You 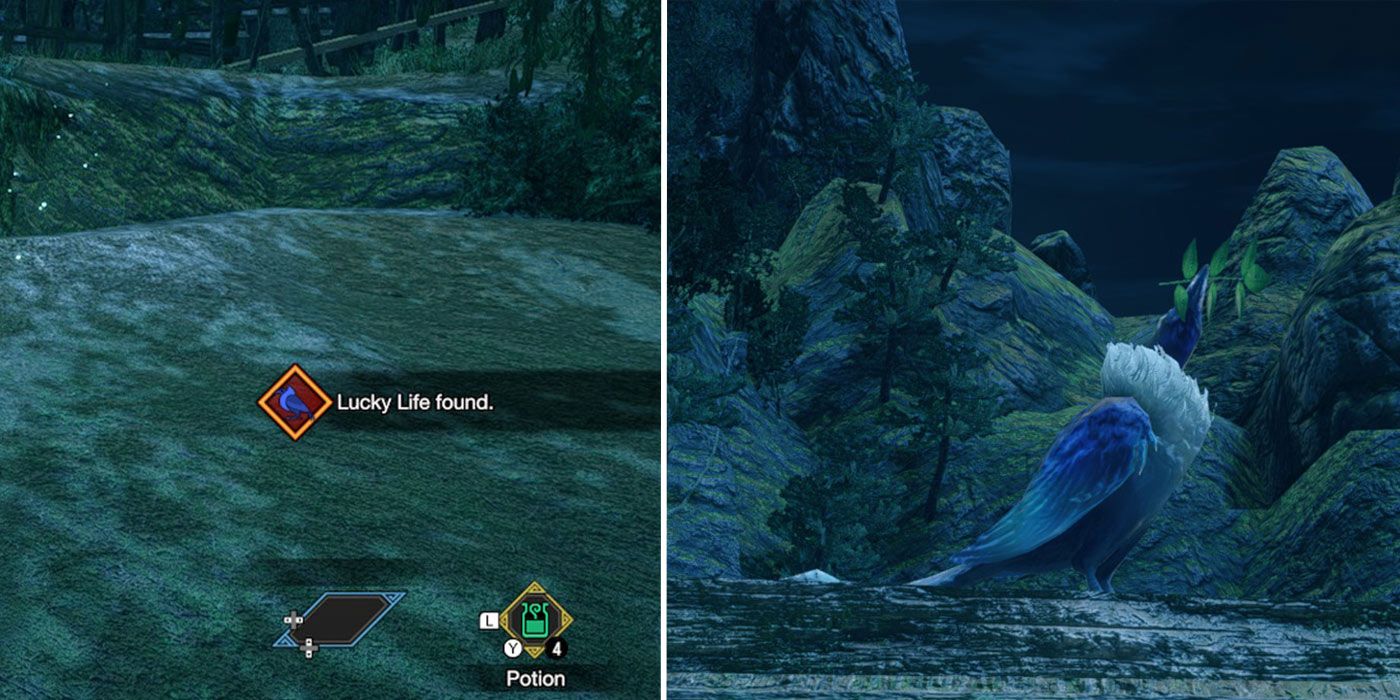 Once in every few matches, you might notice the icon for Lucky Life popping up, well these rare creatures are worth your attention as taking the time to hunt them down can give you some much appreciated boosts to your hunt. Once the icon pops up, you should be able to see the icon for the Lucky Life on your map pointing you to its location on the map.

Sometimes they fly around and take a bit of climbing to find, but ultimately it’s just a few short moments to find. The Felicicrow and Fortune Owl will double either the Kamura Points or Zenny you receive from a hunt respectively, so take the time to hunt them when they appear. 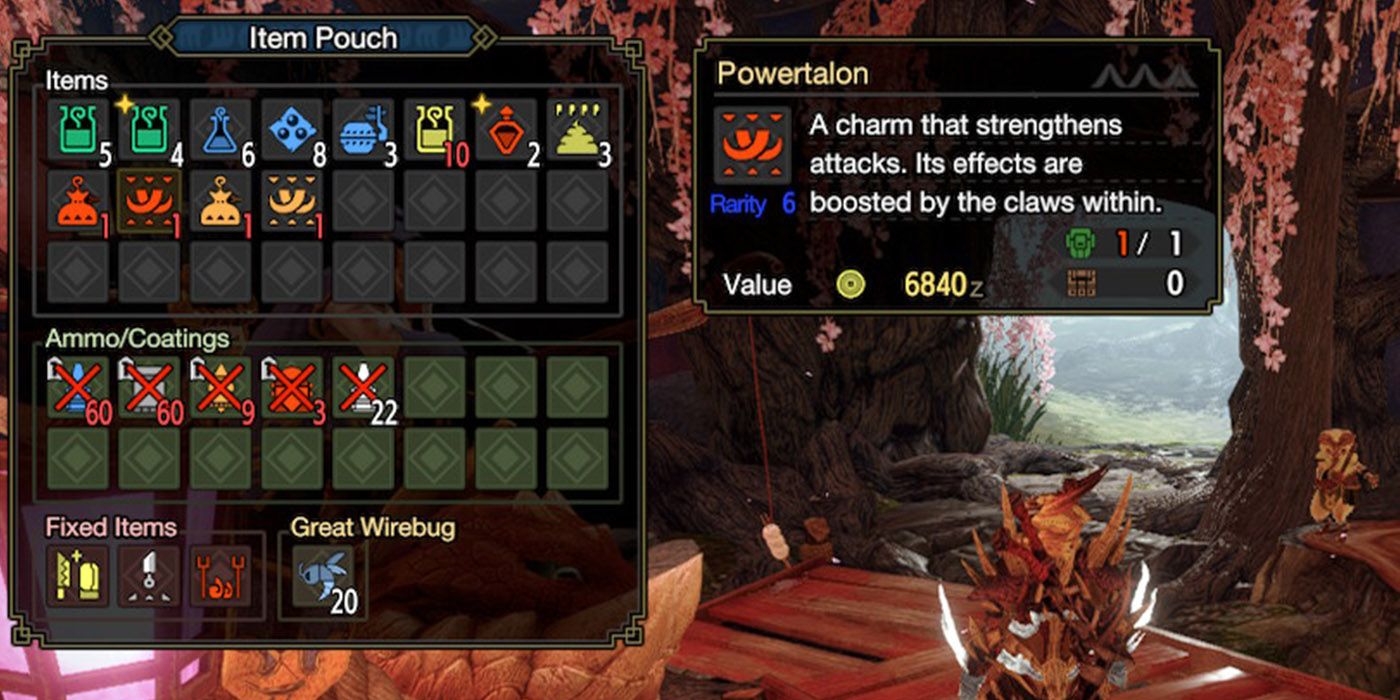 You might have already spotted the expensive but useful Powercharm & Armorcharm at the market, but did you know you can also craft more powerful versions? In your crafting menu, you can use these items along with some rare monster parts to create the Powertalon & Armortalon, adding a hefty boost to both your attack and defense.

You can even carry the original charms if you buy them again, to add a final boost to your abilities, but one that sadly comes at the cost of four inventory slots. Still, it’s a worthwhile sacrifice later in the game when your main focus is simply surviving. 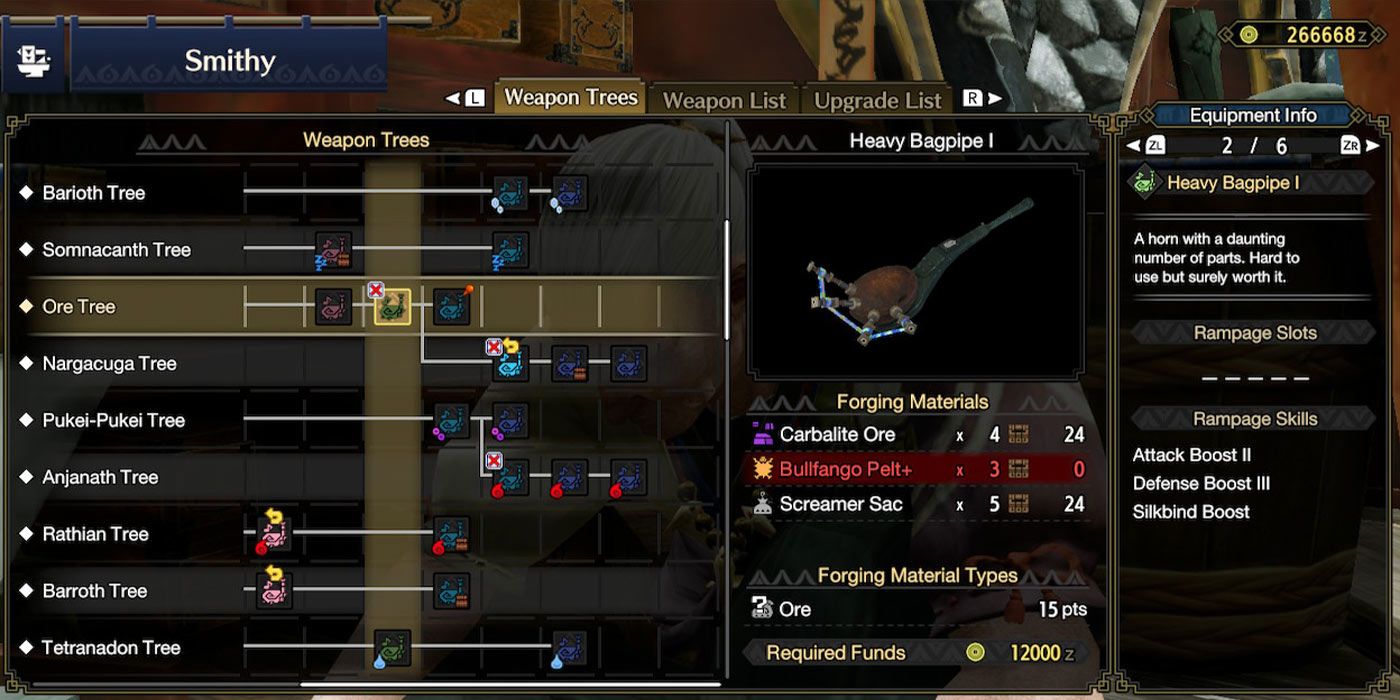 Hopefully, you’ve found and equipped your Switch Skills, individual boosts that each weapon has to assist you in your hunts. Though it can be quite annoying to have to choose between them or lose some as you upgrade a weapon, however, there is one trick that can help. Keep an eye on your Switch Skills as you craft weapons, and if you can see a Skill lower in the Weapon Tree that you want to bring with it, make sure that when you craft the initial weapon you go and equip the desired Switch Skill.

Now when you upgrade it, even to a weapon without that skill, you will have brought the desired boost with it. It’s slightly convoluted but adds another layer to this game’s depth and the huge scope for players to build the type of hunter they love to use.