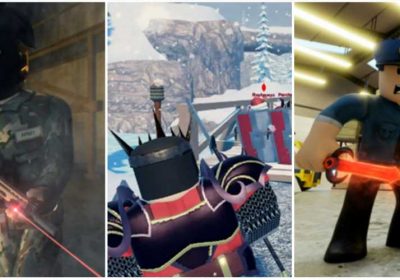 Roblox is one of the largest free to play gaming platforms available. With the option for anyone to create their own unique title on the platform, it leads to thousands of possible games to play and all kinds of genres to choose from too. Whether you’re more interested in parkour games, or if you want to play something based on your favorite anime, there are tons of options.

However, with all these options come games that are great, but easily fall under the radar due to not being popular enough to make the front page. Some underrated games are well-built and thought out and are just waiting for the right boost to get them the popularity they deserve. 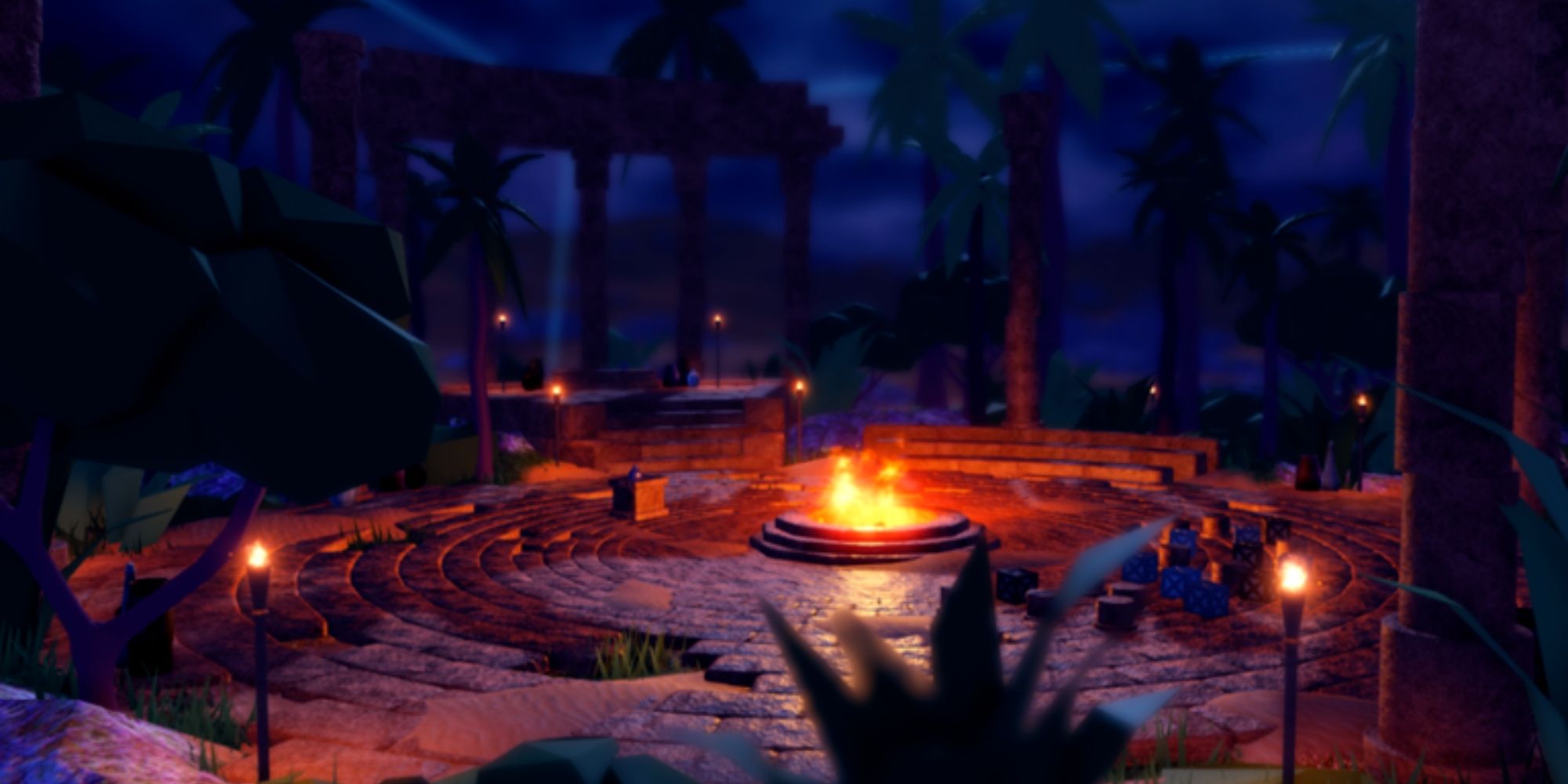 Outlaster is an adventure game modeled after the popular reality TV show Survivor. A server of up to 50 people compete in teams or in solo matches to win the mini-game and save themselves from being voted out that round.

As the participants dwindle, the stakes grow higher, making the goal of outlasting everyone else harder and harder to achieve. There is no real prize for winning like there is in Survivor, but there is a large collection of badges with varying difficulty levels, and you can try to win them all. 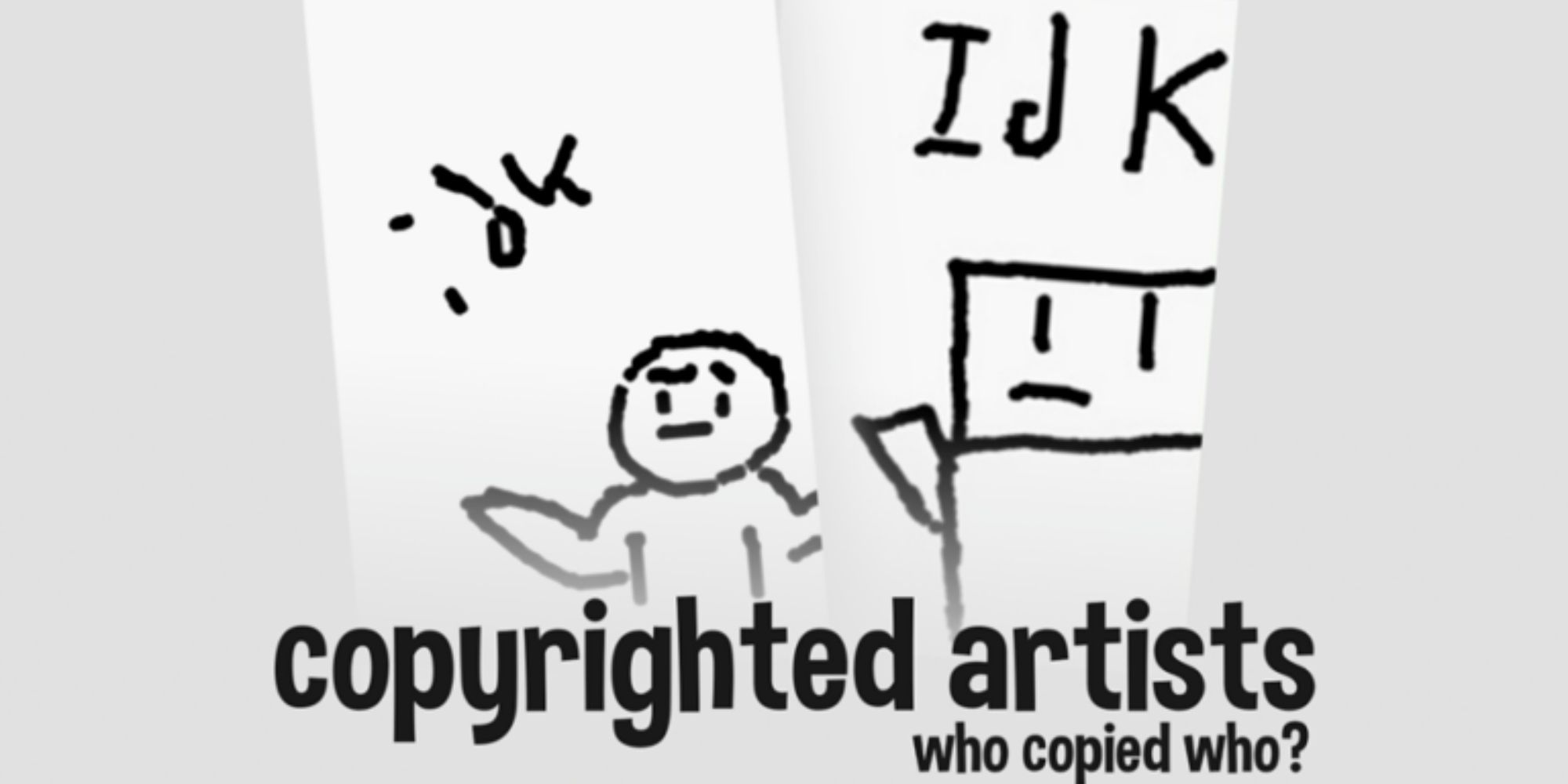 If you like games like Pictionary, then Copyrighted Artists should interest you. The game is run in rounds, where players are given a random prompt to draw to the best of their ability within the set timeframe. After, the pictures are shuffled and dispersed, and then you have to try and replicate another player’s drawing.

When those two rounds are over, players then begin to vote on the pairs, trying to figure out which one is the original. You want yours to win if it’s the original, but if you made the copy, you have to hope it’s convincing enough to trick the other players and gain their votes. 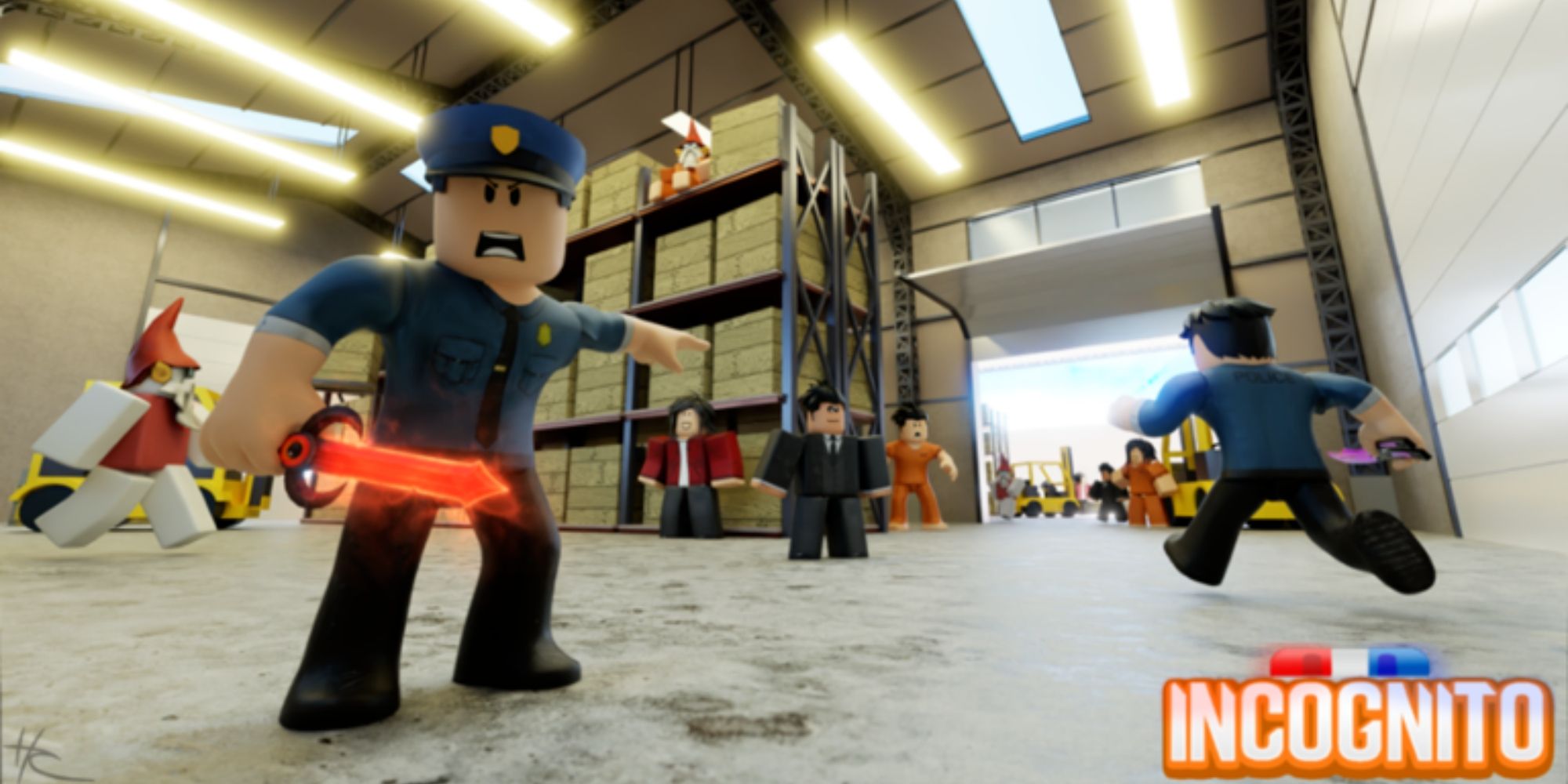 Inspired by Garry's Mod’s Guess Who, Incognito splits you up into two teams, the cops and the prisoners. The cops are the hunters who are trying to find the escaped prisoners amongst the citizens all scattered around the map. Meanwhile, the prisoners are trying to disguise themselves as citizens, hoping to escape the cops.

If you’re a prisoner, you can change your appearance to look like any of the citizens walking around, and if you can act like them convincingly enough, you’ll win the game. If a cop finds you out though you lose, and will have to try again. 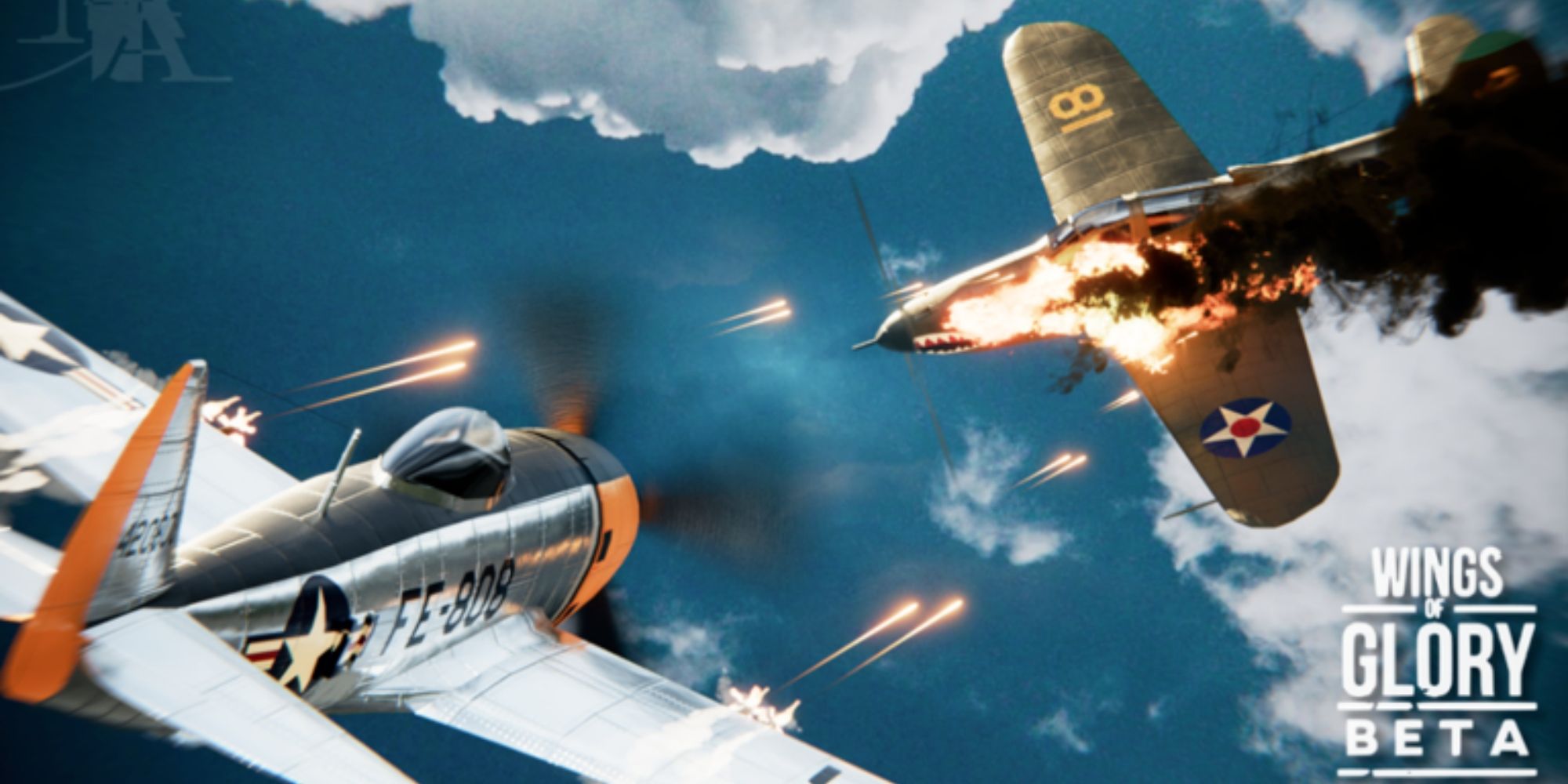 Wings of Glory takes to the skies and brings you a game full of PVP dogfights. The possibilities are endless here, where you could be on teams of up to 16 players trying to shoot each other out of the sky.

There are over 60 different types of aircraft to choose from, all modeled on real life aircraft from several different eras. Choose your favorite and see how long you can survive in the air against the other team. 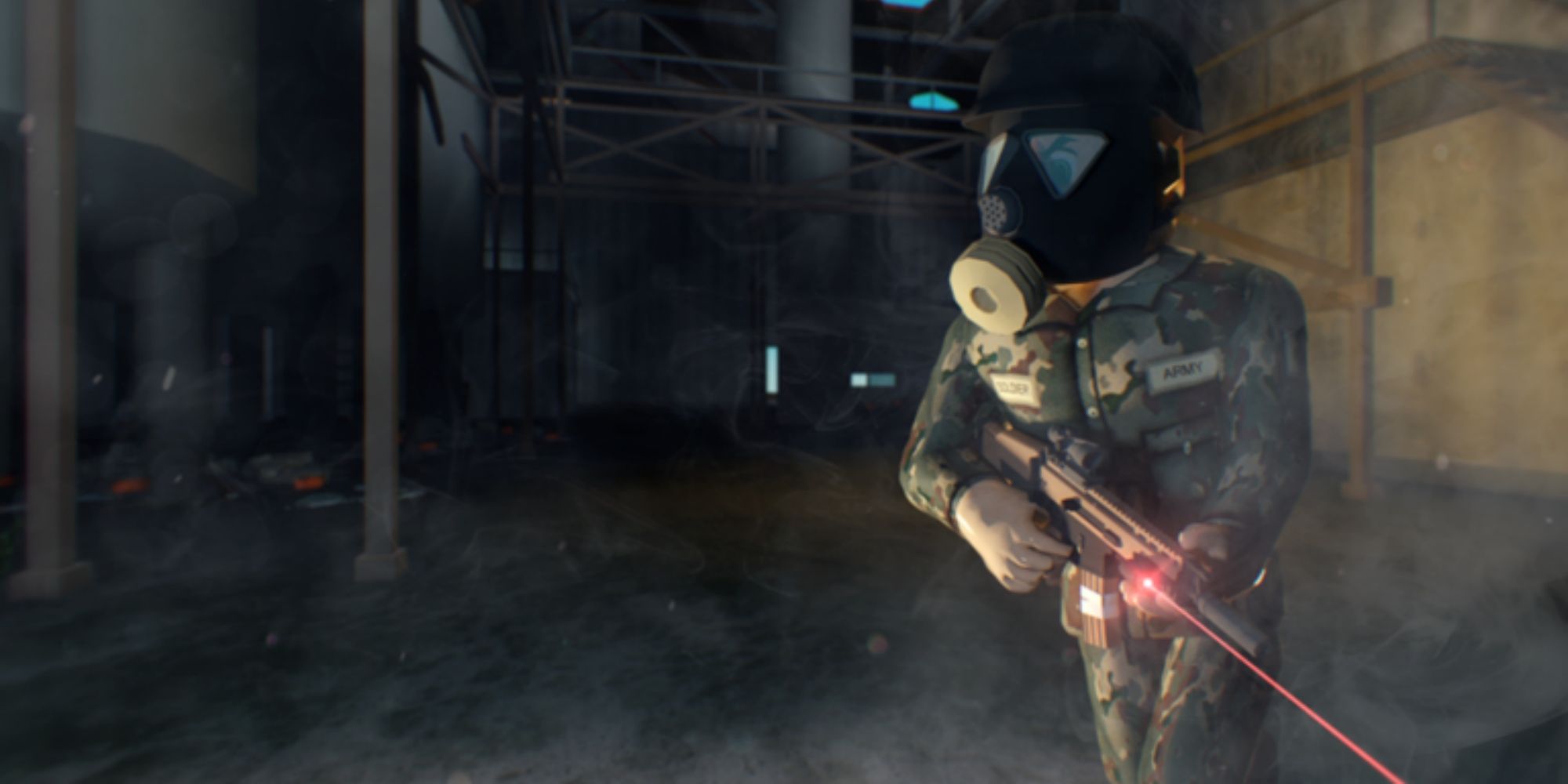 One of the many shooting games Roblox offers, Alone Battle Royale, should interest you if you’re a fan of shooters. Similar to many popular shooter games like Fortnite and PUBG, jump into a server to run around in a free for all PVP battle, collecting supplies where you can find them and trying to survive longer than everyone else.

With up to 64 players possible in one server, it has the potential to entertain you for hours on end. Be sure to check in daily for new gear to purchase with in game coins. 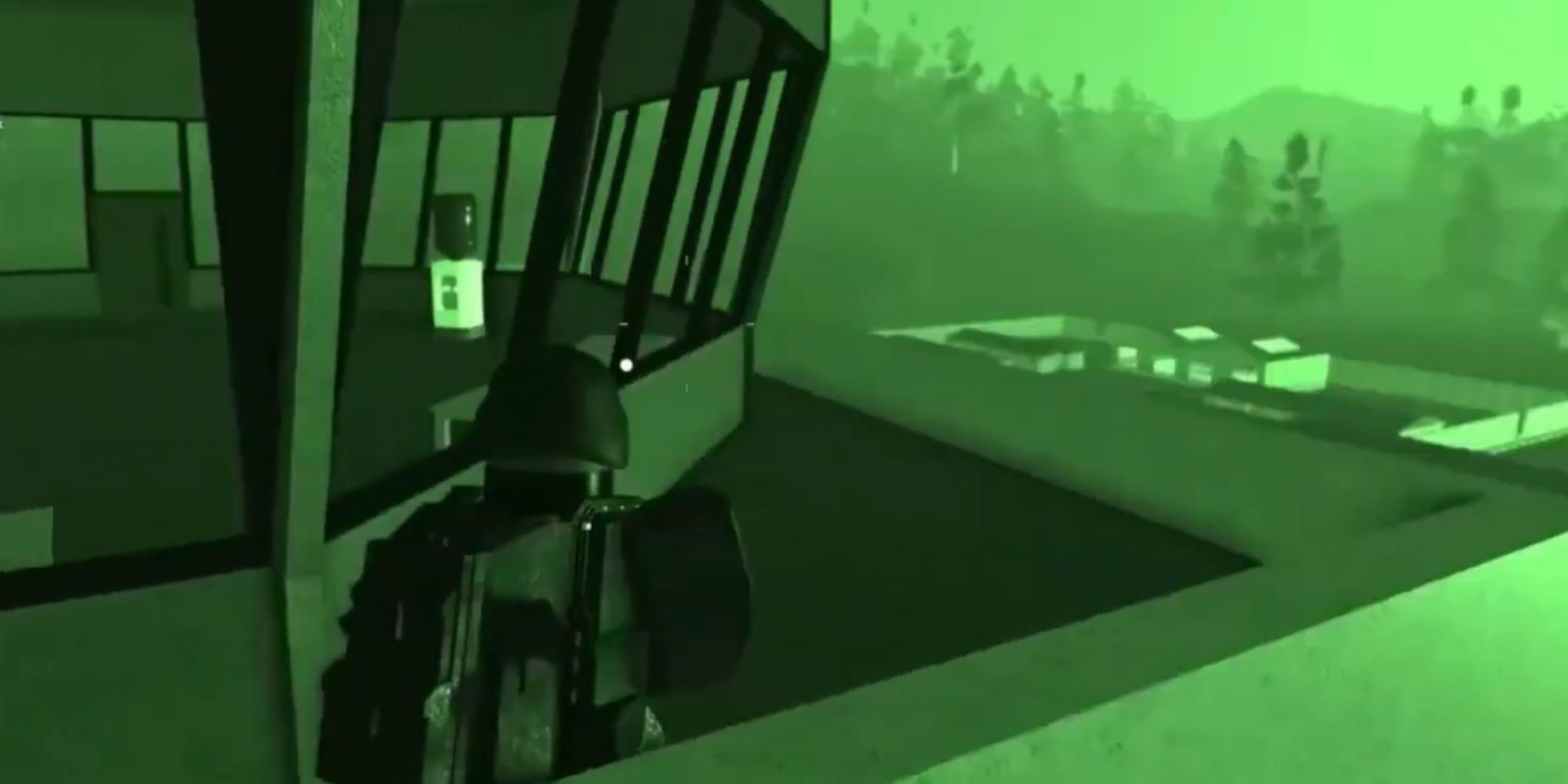 Quarantine-Z is a survival shooter game set in the apocalypse. Like many other zombie games out there, you must keep collecting supplies and other loot in order to survive. Fight off zombies as well as other players, or make alliances with them and team up to survive together.

You can even drive cars around the large map, helping you find loot and other players faster. Though it is a paid access game, if you’ve got the robux to spare, it’s worth the money. 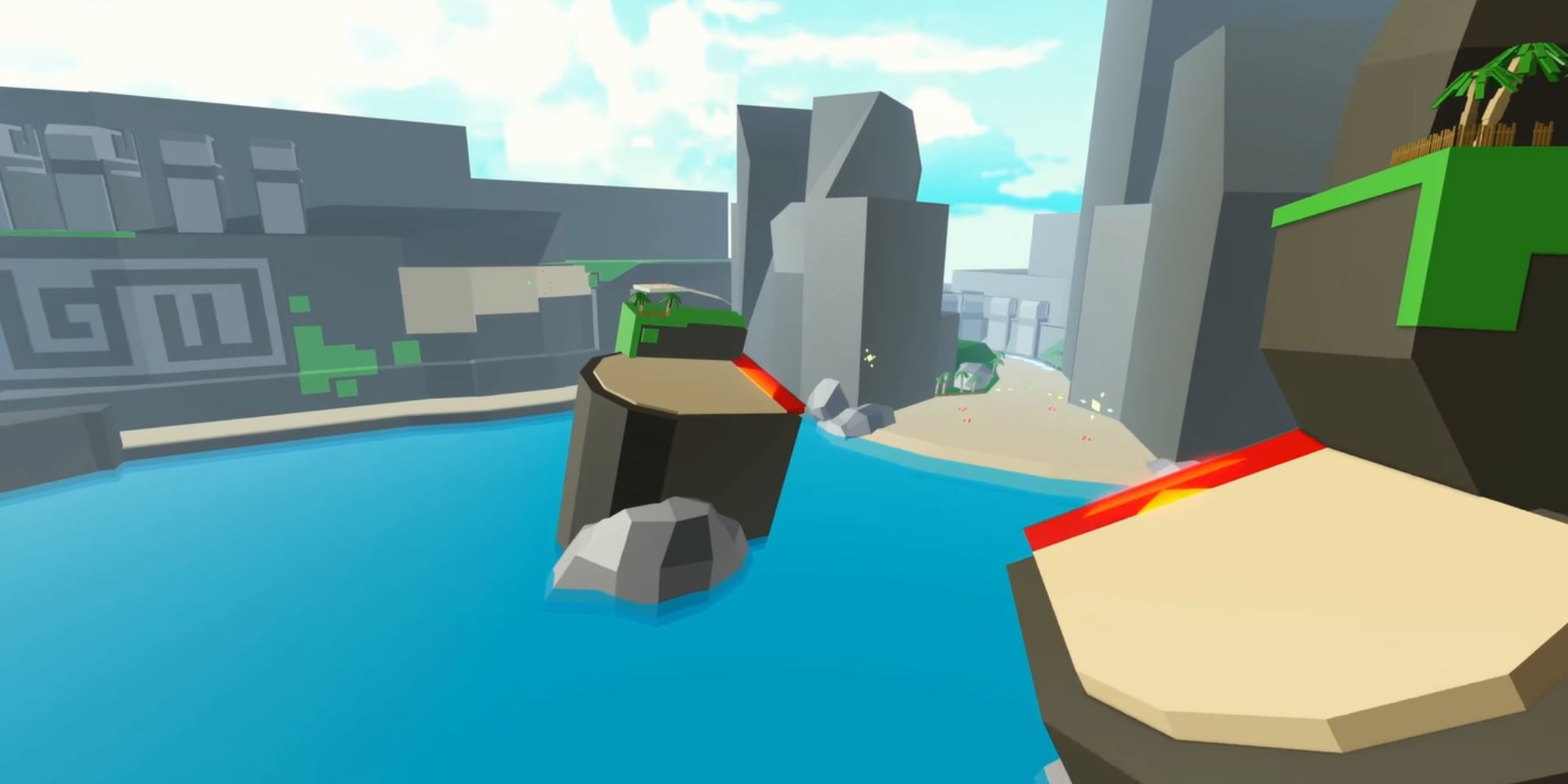 If you like parkour and racing, Boost Vector is the game to see. Get a group of friends together or join a server of people already playing and get ready to run.

This high-speed parkour features a lot of map choices to keep your games fresh, all covered in speed ramps to boost you along the course and make for very long jumps. Put your skills to the test and see if you can come out on top at these speeds. 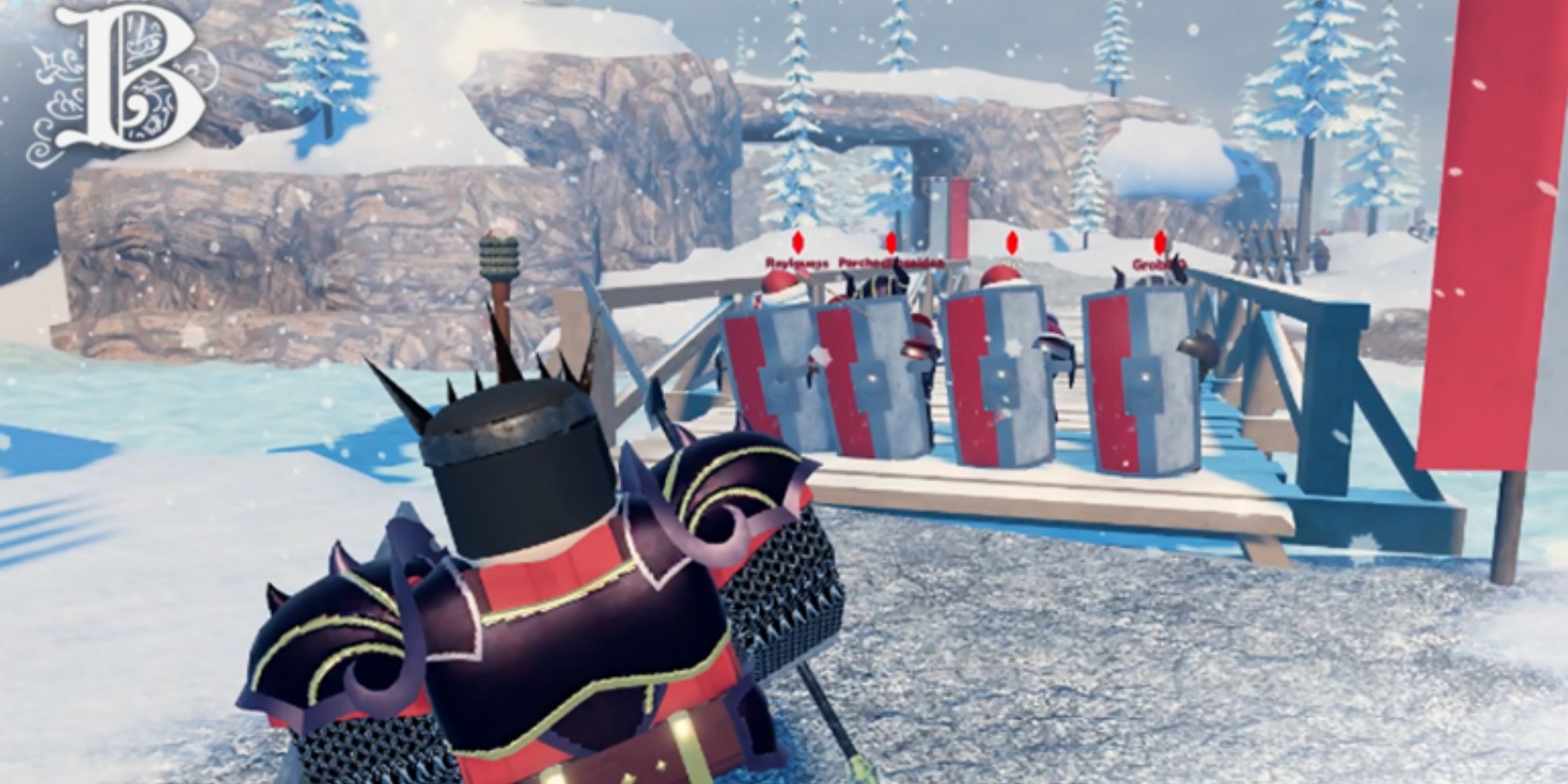 Like many Roblox fighting games, Ballista features epic battles and several choices for what to fight with, all in a medieval style. Choose what you want to play from different classes and ally yourself with others to fight the enemy players.

Whether you want to be an archer, or swing a large sword around, there are plenty of historical weapons and gear to choose from. Find the right balance between classes on your team to dominate the others and win the battle. 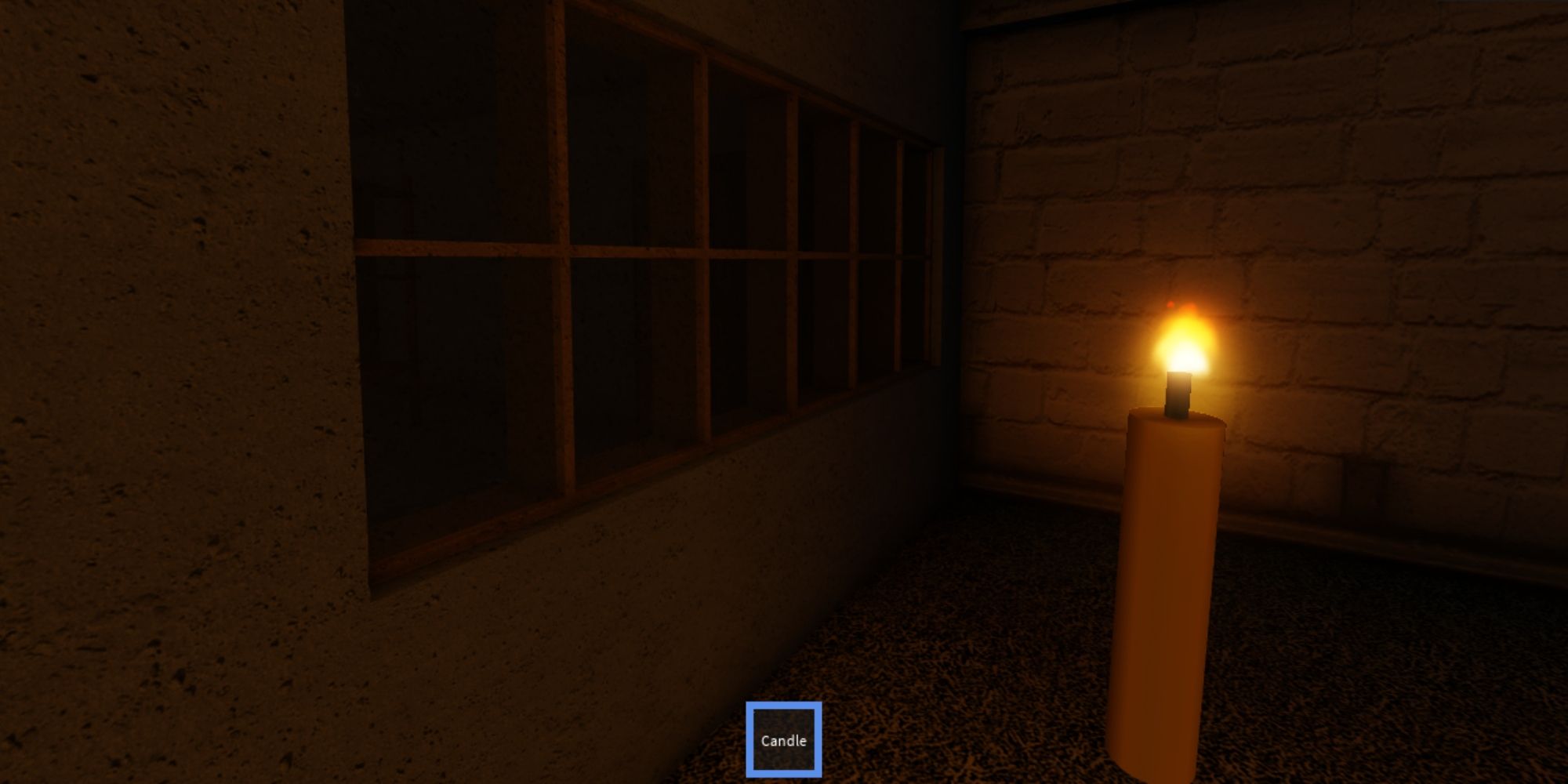 The horror game Body is set in an abandoned hospital. With only a candle to light your way, you and up to four players can explore the map together and search for the rumored dead body left behind, hoping to bring it out and give the person a proper burial.

Be wary as you search, for the reason the hospital was abandoned in the first place is due to the ghosts lurking around every corner. Do you have what it takes to see the game through to the end? 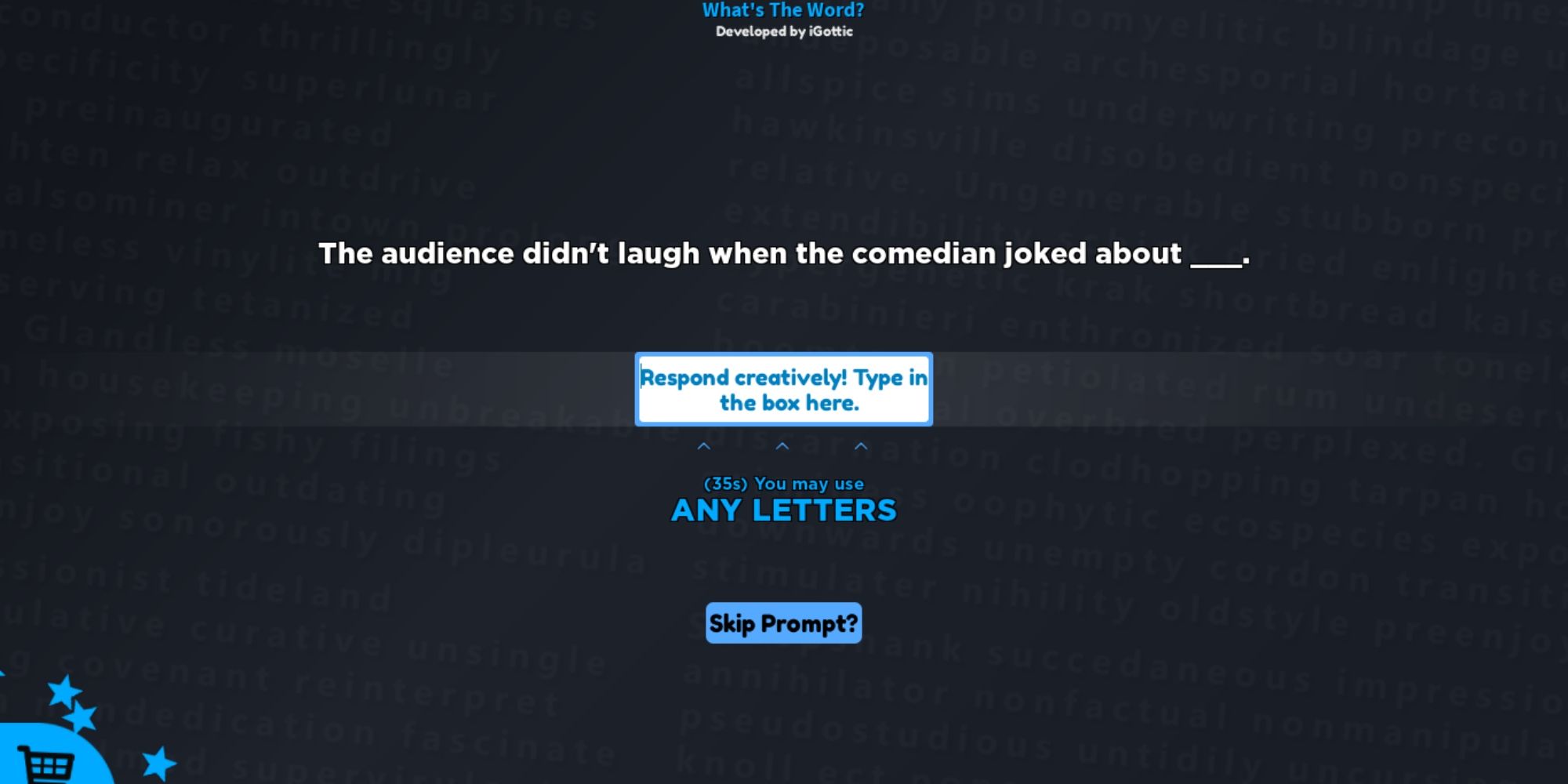 WTW? is reminiscent of the Jackbox Games party game style. Fill in the blank or answer the question asked every round with something funny, and when the timer is up, compete against the answers other players came up with to earn the most votes and win the round.

Sometimes, however, there’s a catch, and you can’t use certain letters in your answer, bringing a bit of a challenge if you end up in one of those rounds. It’s good for a laugh or two, and is easy to play when you have limited time.