7 Lingering Questions We Have After The End Of Solar Ash 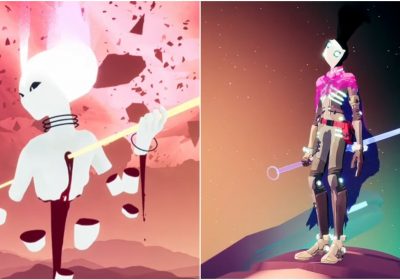 Heart Machine's galactic world of Solar Ash follows the journey of Rei, the last Voidrunner on a mission to save her planet from being consumed by the black hole known as the Ultravoid. She zips about the Ultravoid in a rush against time, trying to find any surviving Voidrunners and killing Remnants to activate the Starseed.

Along the way, Rei finds signs of life and slowly pieces together what actually happened to herself and her planet. Regardless of what ending you choose, there are still some questions left unanswered.

7 Why Was Rei Left Behind? 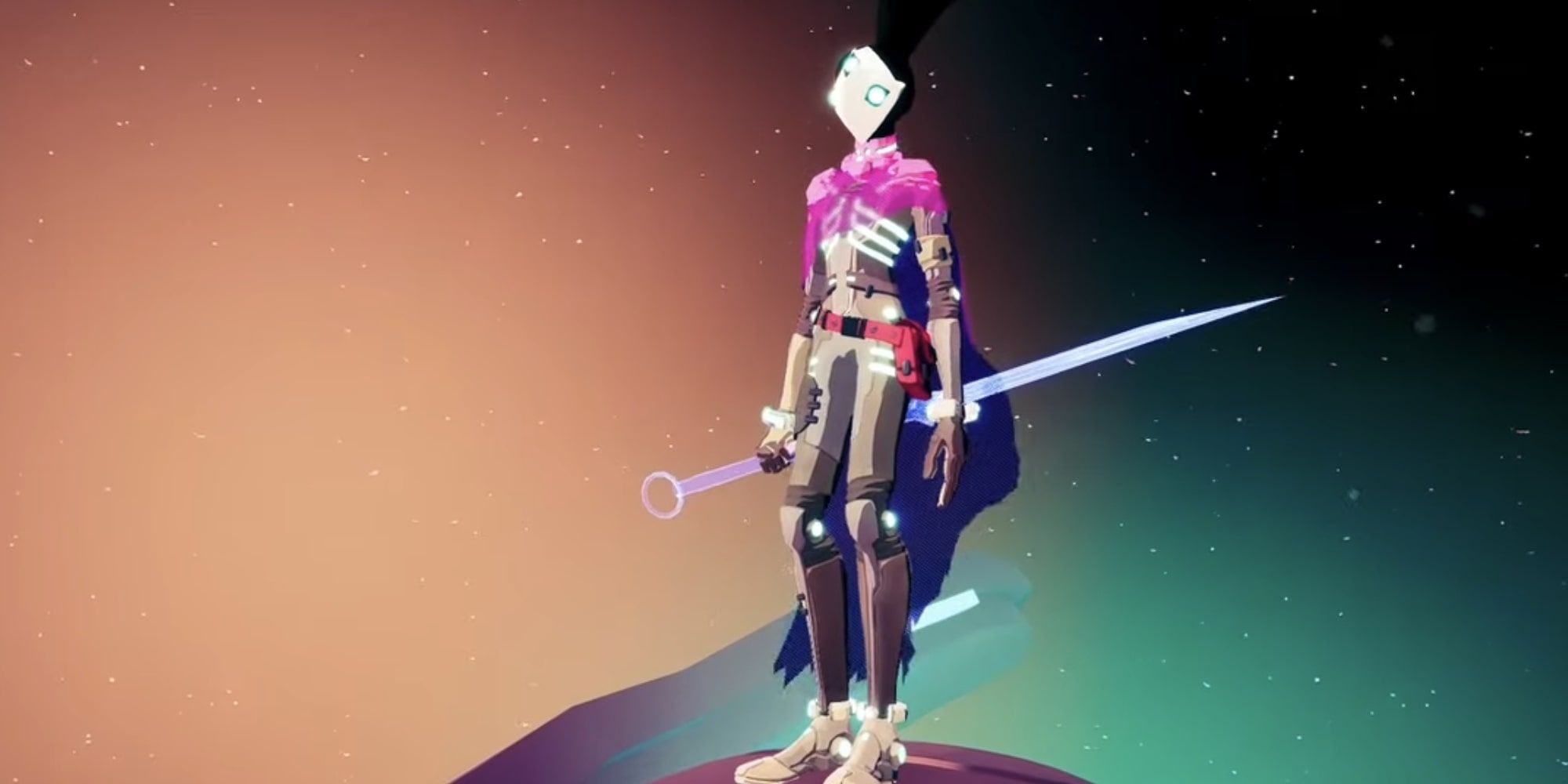 At the beginning of the game, Rei prepares to set off into the Ultravoid to find her missing teammates and save her planet. The first cutscene says that she is the last member of the Voidrunners, so why didn't she join her fellow Voidrunners on the mission to insert and activate the Starseed?

Obviously, if Rei had died with her fellow team members there would be no game, but maybe she was asked to stay back just in case something bad happened (which it did). Or it could be that she had to stay behind for an emergency; but what could be more pressing than the end of her world?

6 Where Does Echo Live? 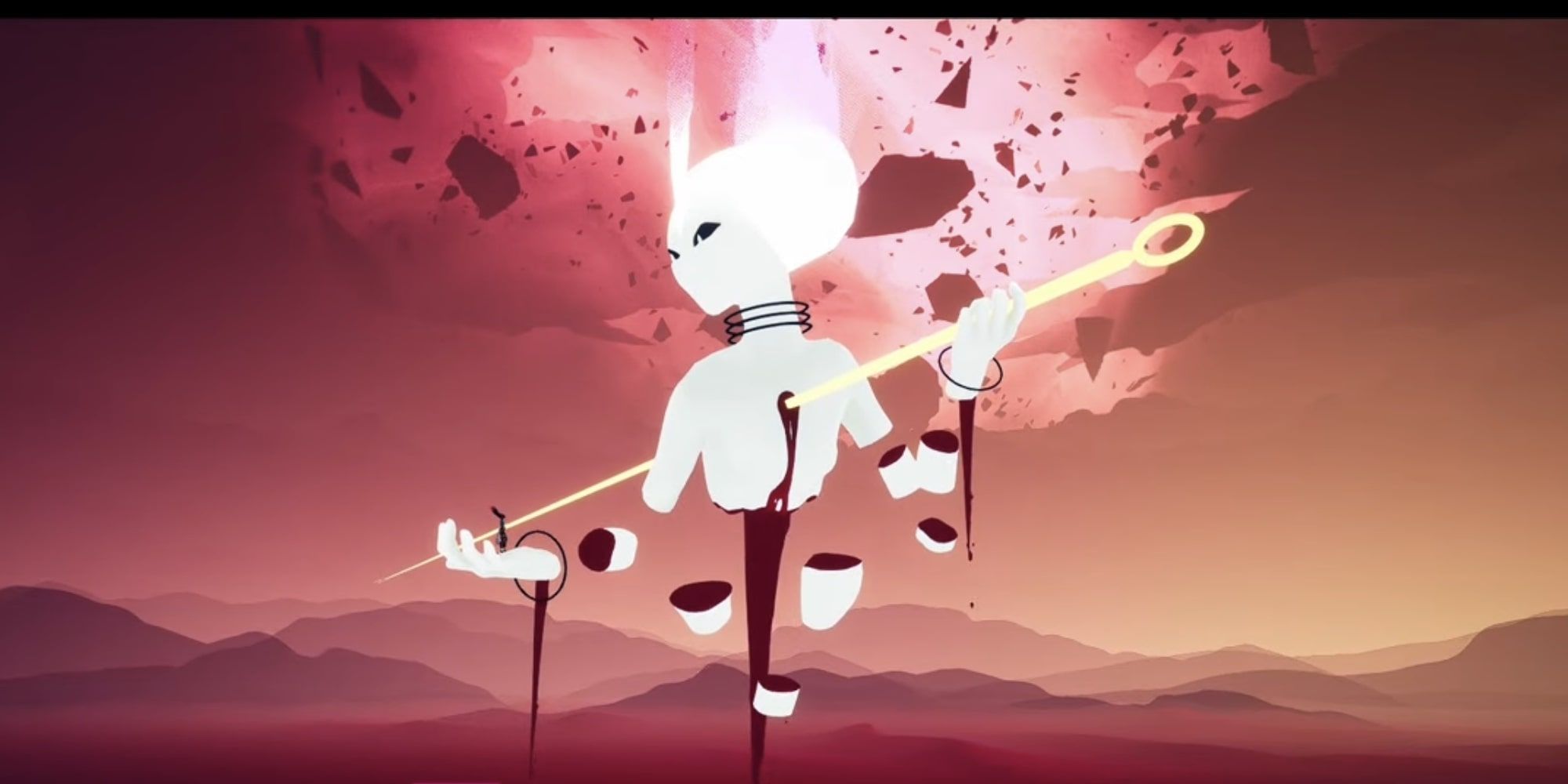 After the end of the game, it is revealed that Echo is a part of Rei. She is what you could call her tortured inner conscience, growing increasingly separated from Rei every time she denies the truth and activates the Starseed.

Echo speaks to Rei every time she kills a Massive Anomaly, looking more and more injured each time. The Elders say that Echo is between life and death, so could she be residing there? She also appears when Rei is about the activate the Starseed again, so it might be possible that she is trapped between time.

5 Are The Smaller Remnants Also Part Of Rei?

Rei must not only collect all Voidrunner Caches and Void Logs but also battle hostile Remnants. Unlike the Massive Remnants, killings these tiny Remnants do not trigger a cutscene with Echo. Rei initially thought they were mutated life forms, but that was before she discovered the truth.

At the end of the game, you discover that all the Massive Remnants and traces of Remnants blocking Cyd's connection are actually past versions of Rei. So if the Massive Remnants are part of Rei, does that mean their tinier counterparts are Rei as well? If so, then how were they created? And what do they symbolise?

4 Who Are The Silent Ones? 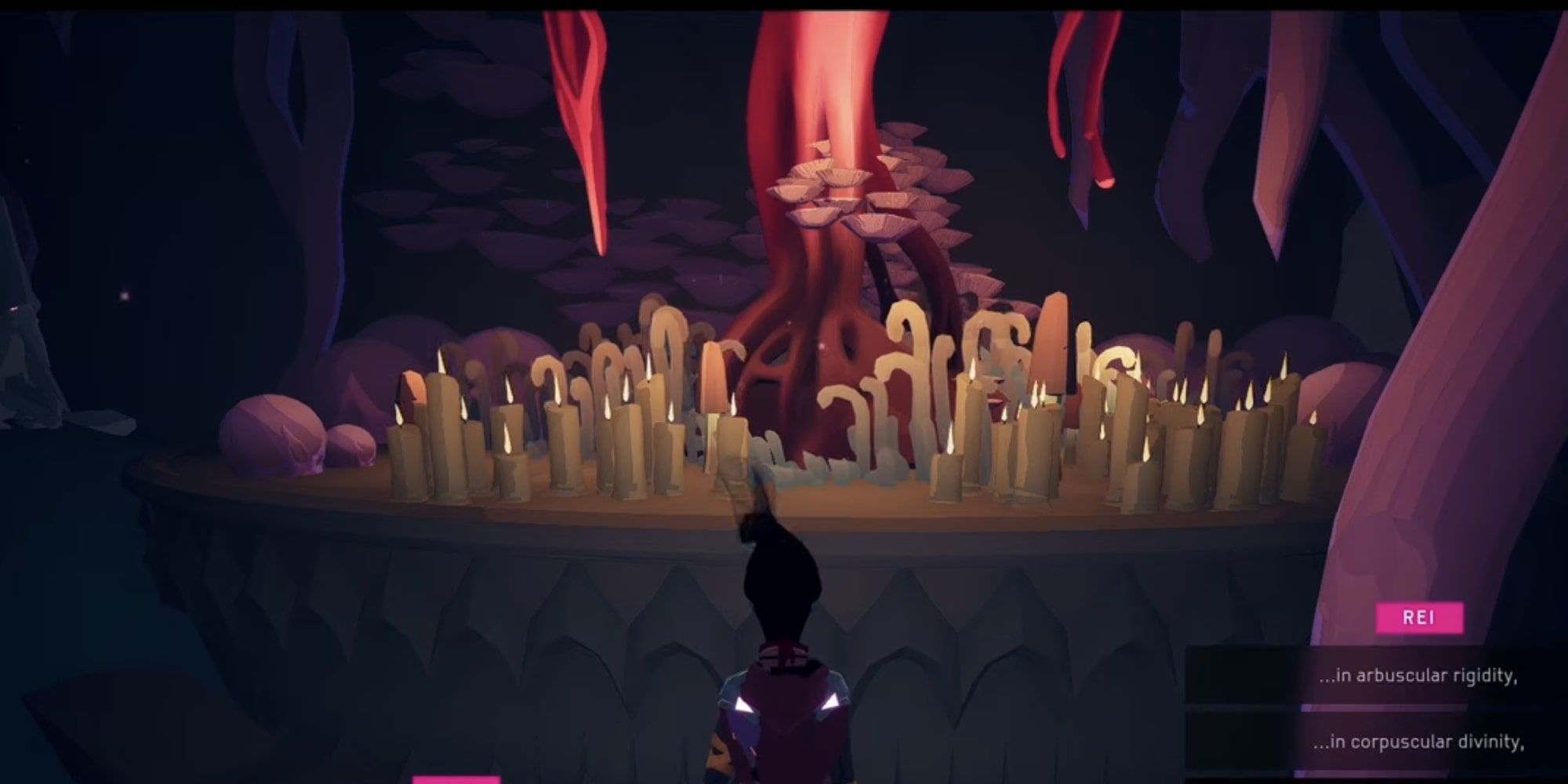 After meeting an Umbra called Ahrric and triggering 'The Dark Pilgrimage' quest, Rei goes to find and speak to all the Elders on behalf of Ahrric. When asking them a question, they talked about speaking to the Silent Ones for guidance. But, who are they?

Clearly, the Umbra revere the Silent Ones and seem to view them as gods. Ahrric's Elders also appear to have the ability to communicate with them. However, who they are; their origins; and how they look still remain a mystery.

3 Why Are Some Planets Not Entirely Destroyed When Hitting The Ultravoid?

One of the many books you can find in Solar Ash theorises that some planets on a collision course with the Ultravoid end up not entirely annihilated. You can find evidence of this from the remains of a Veruki capital to a whole library. Some of those planets' inhabitants end up surviving, like Lyris and Danderpaws.

But it's not further elaborated in the game why that happens. Are some planets special in some way or is it simply a matter of chance? Well, it could just be luck at the end of the day, but perhaps there's more to it than that.

2 How Did The Surviving Voidrunners Die? 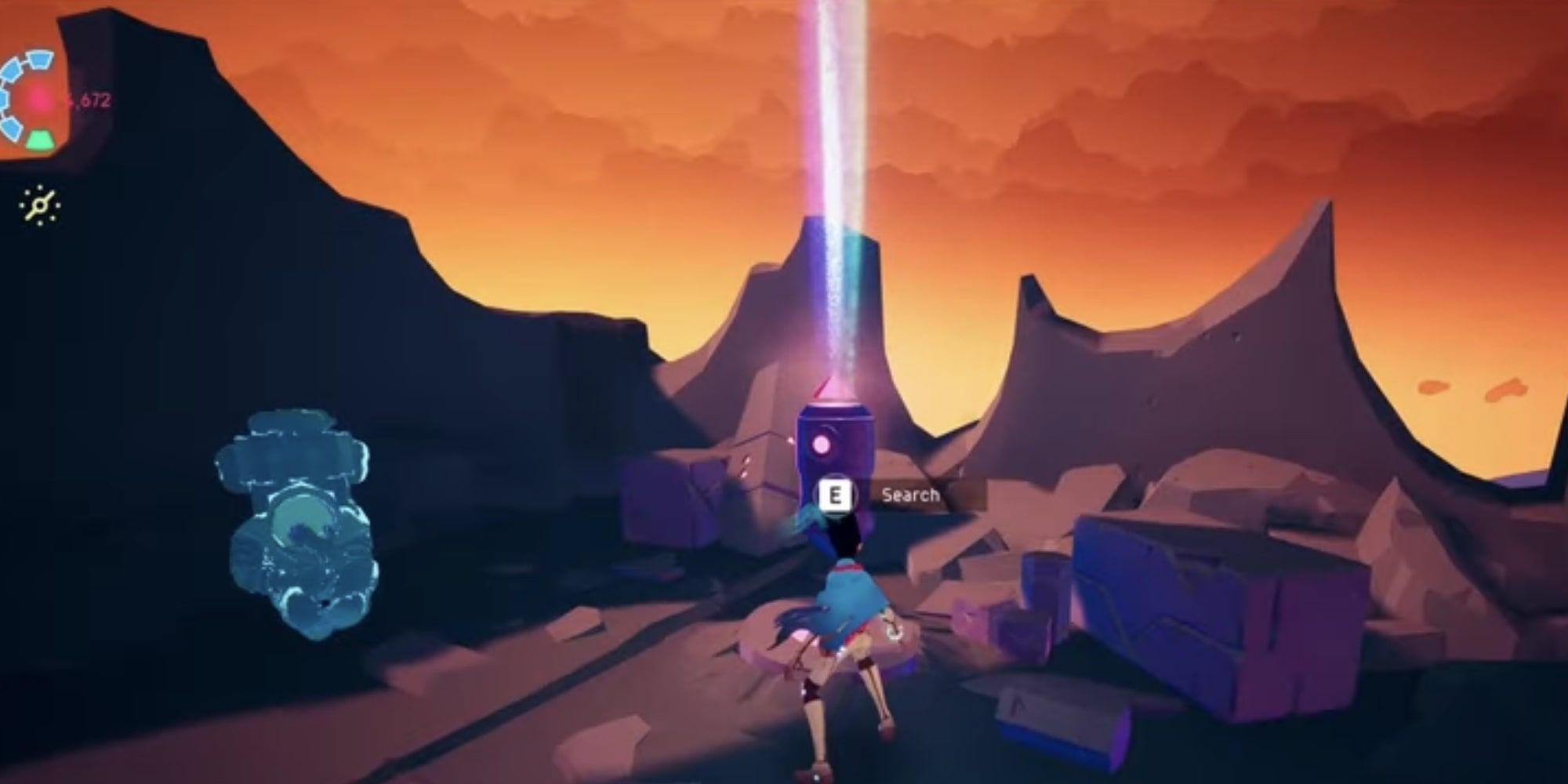 When Rei first lands in the Ultravoid, she holds out hope that some of her comrades survived their ship's crash. However, the more she progresses, Rei realises that she really is the last Voidrunner and the burden of saving her world lies on her.

Yet when she finds each of them, they look like they are glitching, leaving imprints of their last moments alive. Rei describes them to Cyd as frozen; the Void Logs beside their bodies does not really clue you in how they died or how they remain as these frozen memories.

1 Why Does Rei Not Feel Pain When She Kills A Remnant? 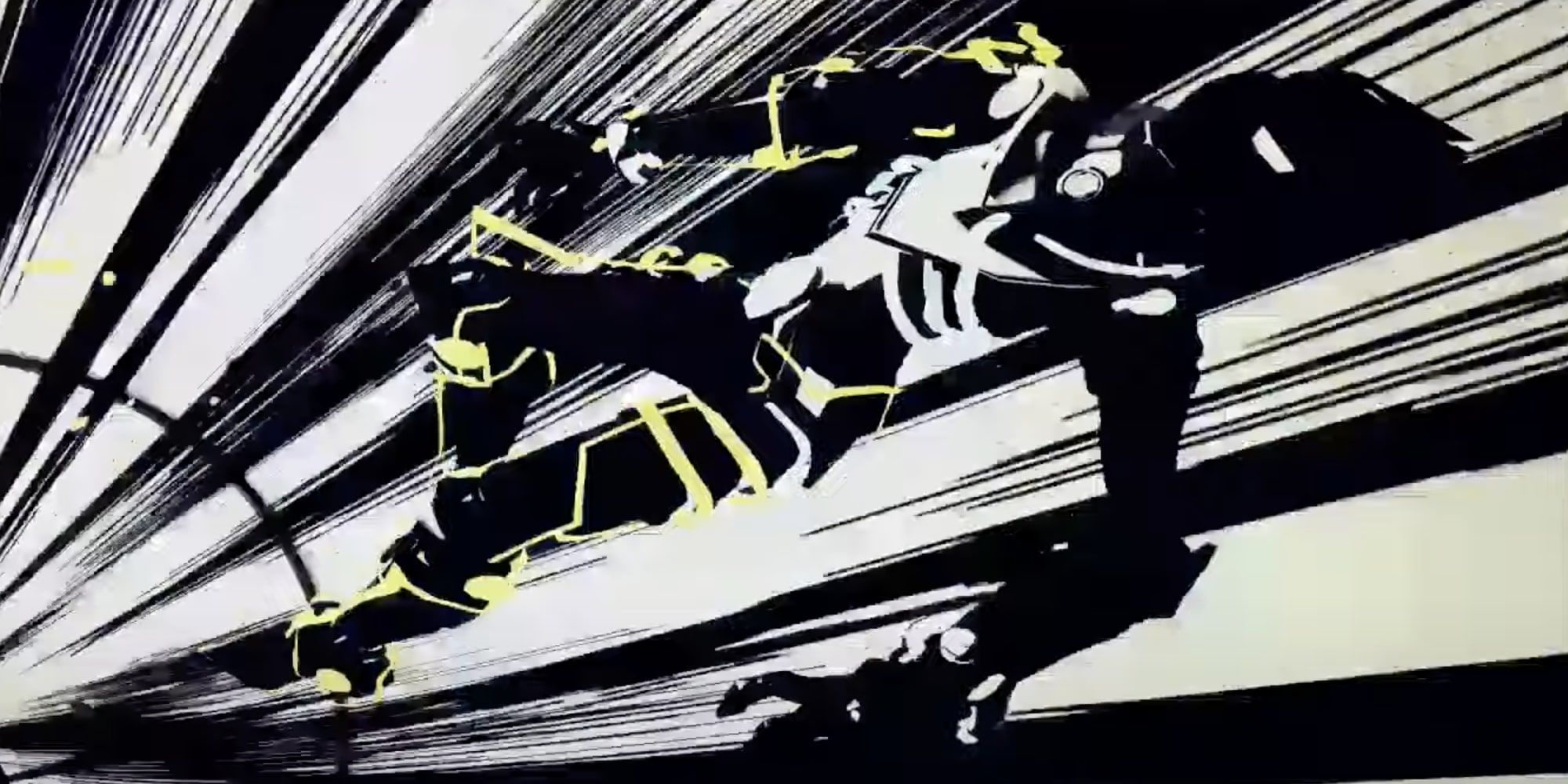 By the end of the game, you realise why Echo seems more injured every time you kill a Massive Remnant. All past versions of Rei are one-half of Echo, so killing them causes the latter extreme pain.

However, it makes you wonder why Rei does not experience such pain herself. Rei does sense the Remnants' pain and desperation when she's attacking them, but nothing else. Does being in denial every time she starts a new Starseed Cycle cause some sort of disconnect, or is it just for the sake of the plot twist?