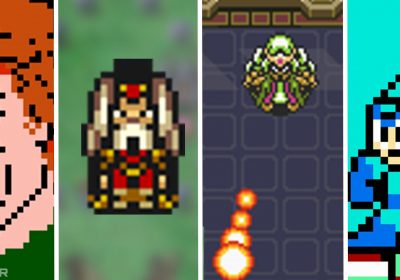 Typically, video game sprites encapsulate the character and their appearance. With a sprite, you can gather a bit of info about what they look like, knowing that finer details may be missing. Most of the time, the sprites are fairly accurate, but sometimes, they are wildly different.

For a lot of games, the character art looks nothing like the sprite, making it a bit jarring to look at them side by side. Here, we are going to look at some of these sprites that look nothing like their character. This is more common in older games, where sprites were simpler and the character design was very detailed. This is important to keep in mind, since our list primarily deals with these older games. 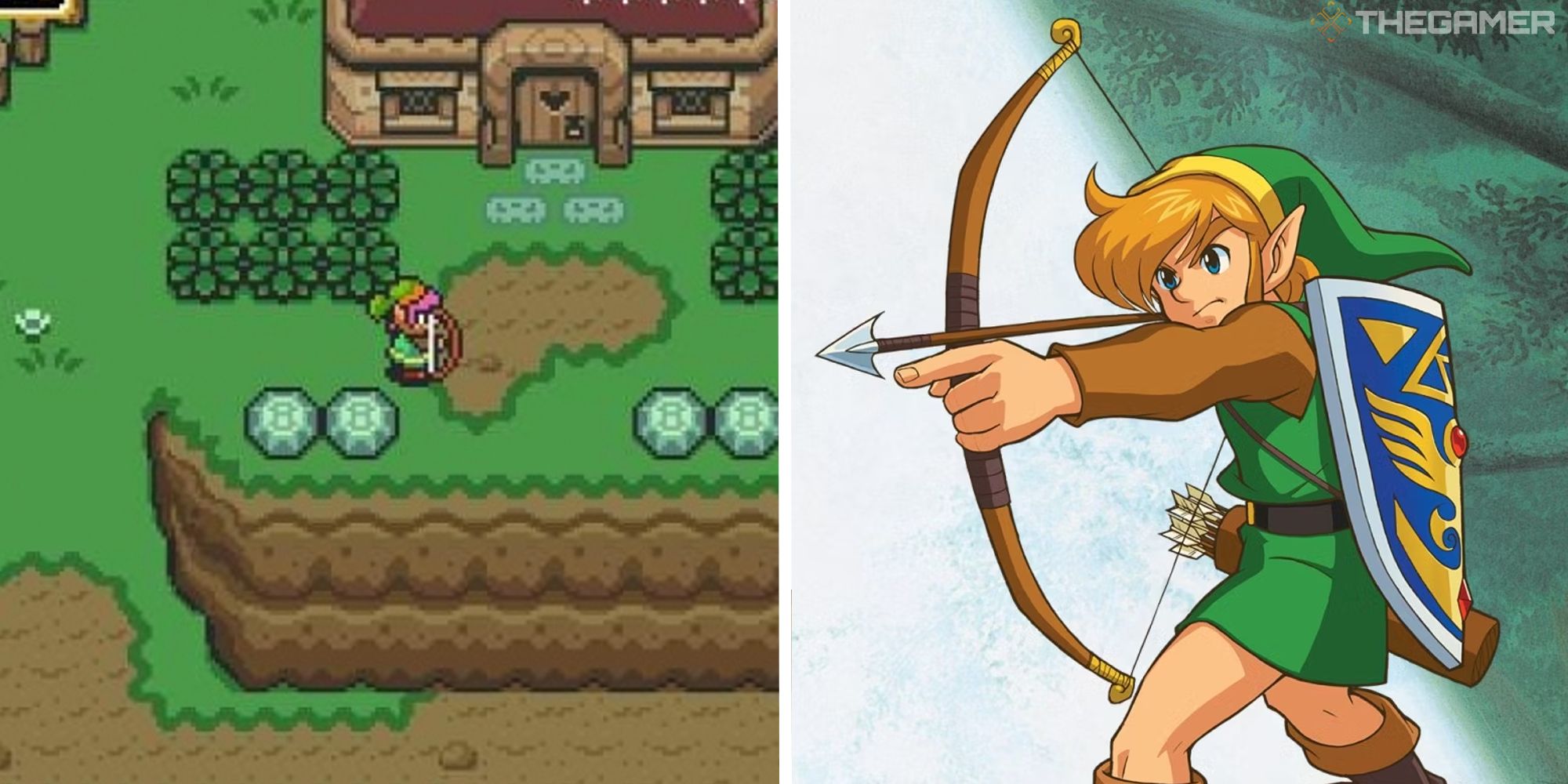 We all know Link from The Legend of Zelda. This green tunic-wearing main character carries a sword and shield, and has long blonde hair. In A Link to the Past though, he looks a bit different.

In this game, Link has what appears to be pink hair. There are several theories surrounding this hair color though. One of the simplest answers was just to make his hair stand out. If Link’s hair was blonde, or even brown, it would blend into his head and the surrounding environment. 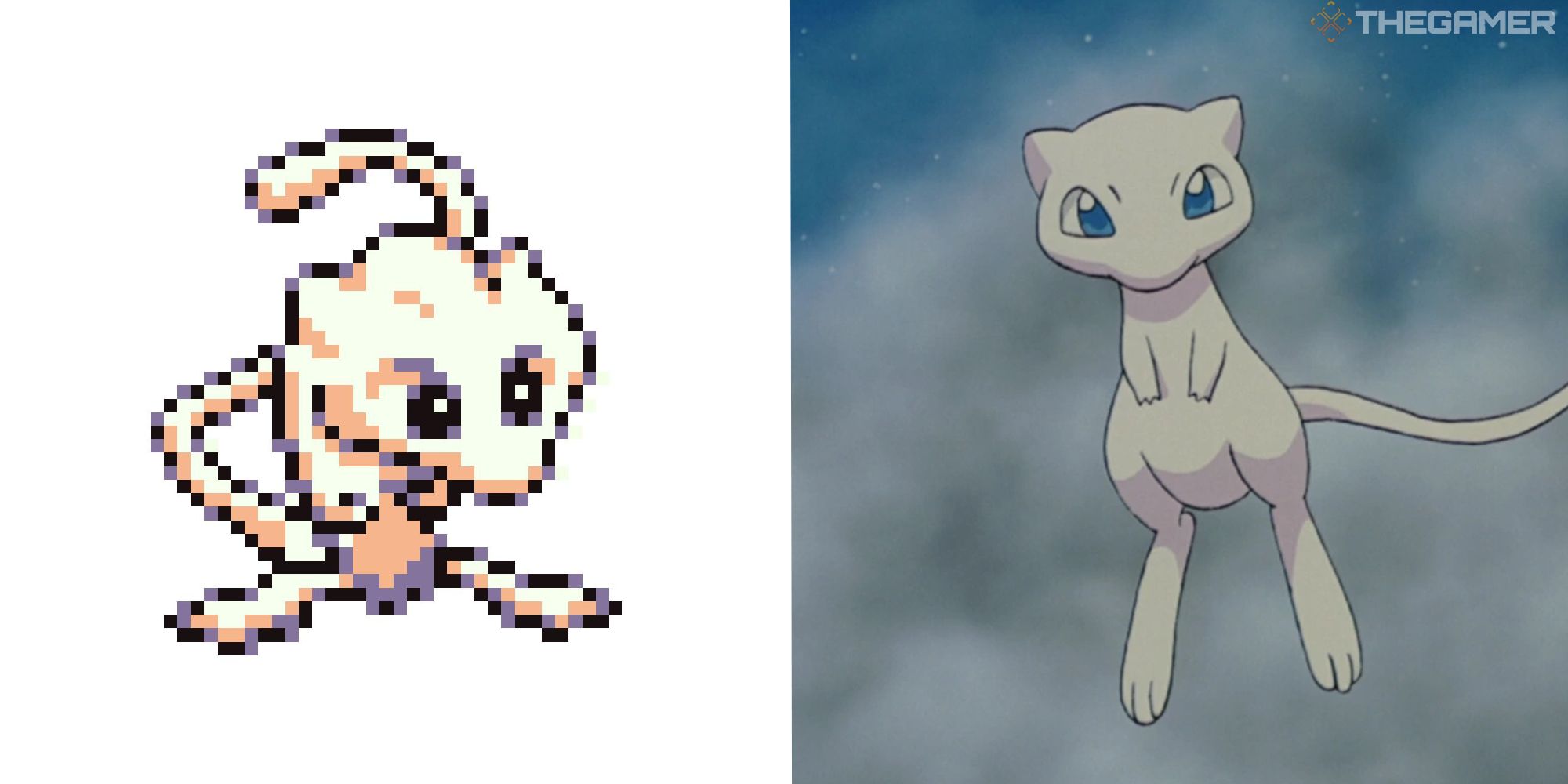 Pokemon sprites are cute little icons of Pokemon that don't appear as much in newer Pokemon games. With 3D graphics, the use of a sprite during battle isn’t necessary. Back when Pokemon and Green were released in Japan though, we were given the eerie and disfigured Mew sprite.

This Mew sprite is strange, to say the least. It looks like a weirdly formed lump of clay, with a large bump on the head. Of course, the Mew sprite we know today is different, but what if this Mew sprite has stuck around? 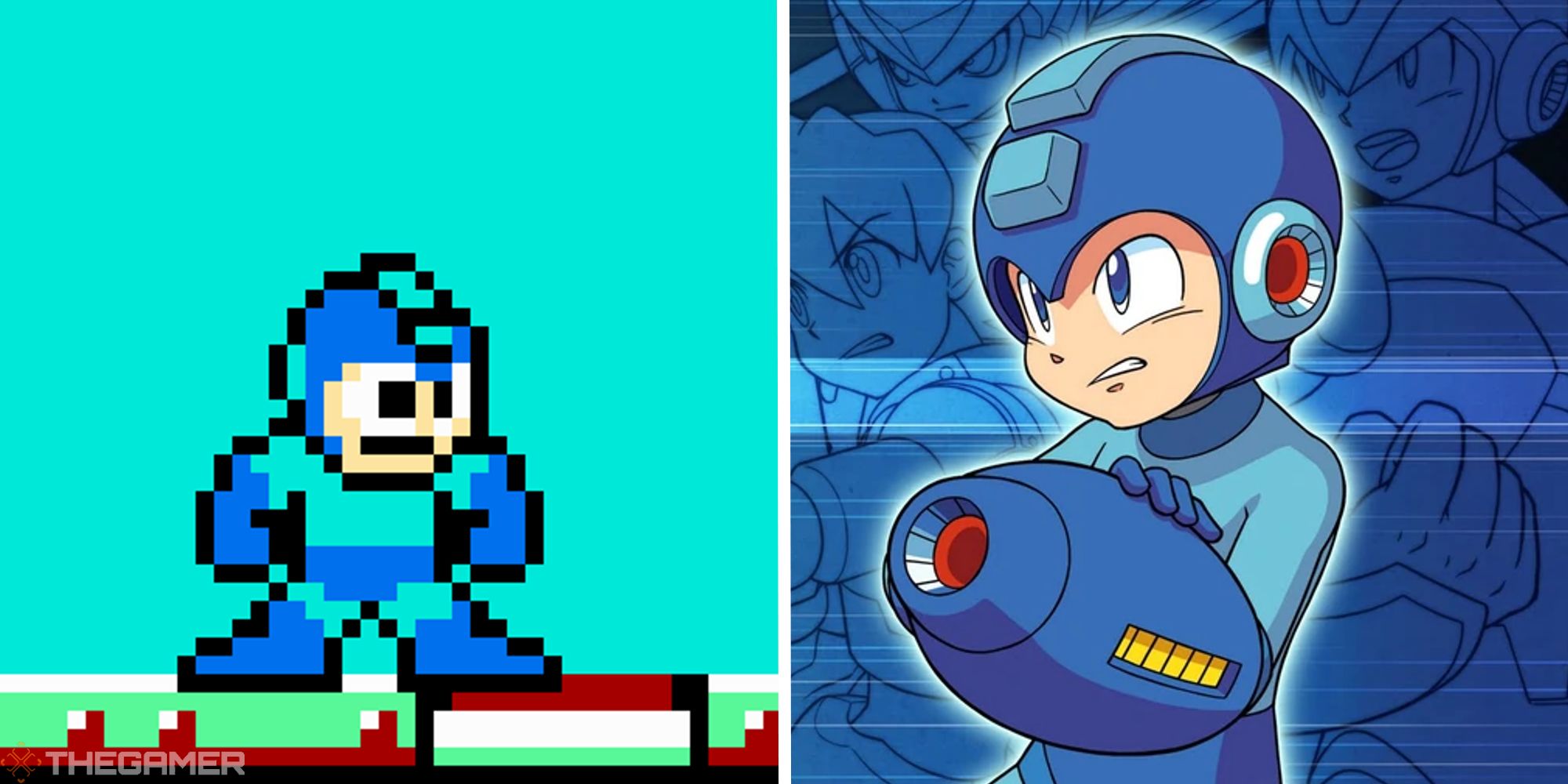 Mega Man is an incredibly popular Capcom focusing on Mega Man. This character is a young boy with robotic features; in artwork, Mega Man has a blue-toned outfit with features that can easily be picked out. Unfortunately, this does not hold true for his first sprite.

In the first Mega Man game, released back in 1987, he is incredibly simplified. Rather than having the face of a young boy, Mega Man has a cute black line as a smile, with huge black eyes. Although cute, it’s not entirely accurate to Mega Man’s appearance. 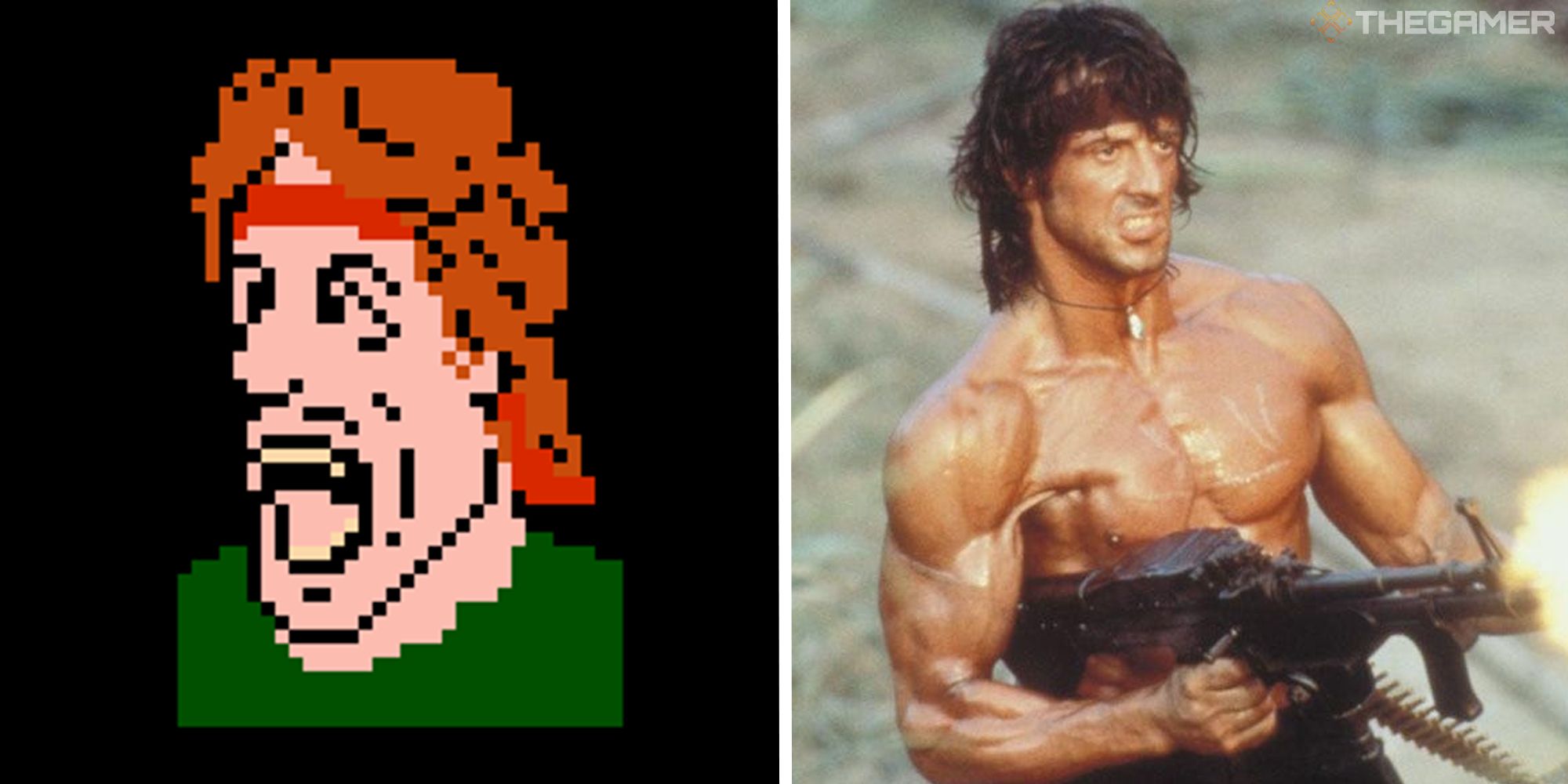 Rambo is a movie series, first hitting theaters in 1982. Since then, there have been four additional Rambo movies, with the most recent releasing in 2019. This franchise features the one and only Sylvester Stallone.

In 1987, a video game spinoff was released, with a truly bizarre interpretation of Stallone. The character in-game was decent looking for a game made in the 80s, but his head sprite was definitely a unique take. With a long face and huge open mouth, it’s hard to see the resemblance. 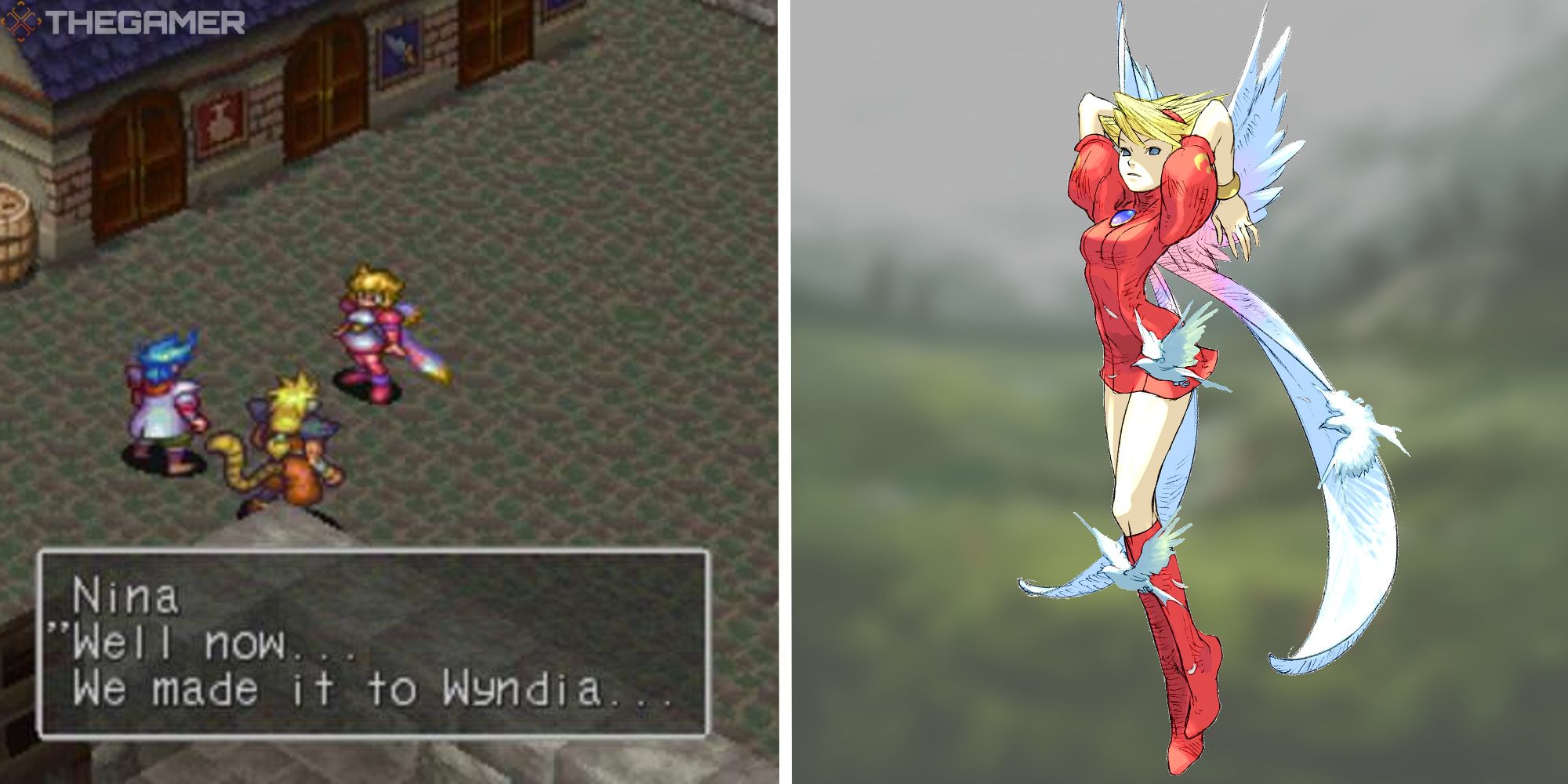 Breath of Fire 3 is a JRPG that released in 1997 in Japan, and 1998 in North America and Europe. This is the third game in the series, but maintains familiar faces from the previous games.

One of these characters is Nina, a magician who often appears in a short red dress and white wings. Her sprite in the third game doesn’t fully encapsulate this though; Nina's outfit is not quite the same, and her wings aren't quite as noticeable. 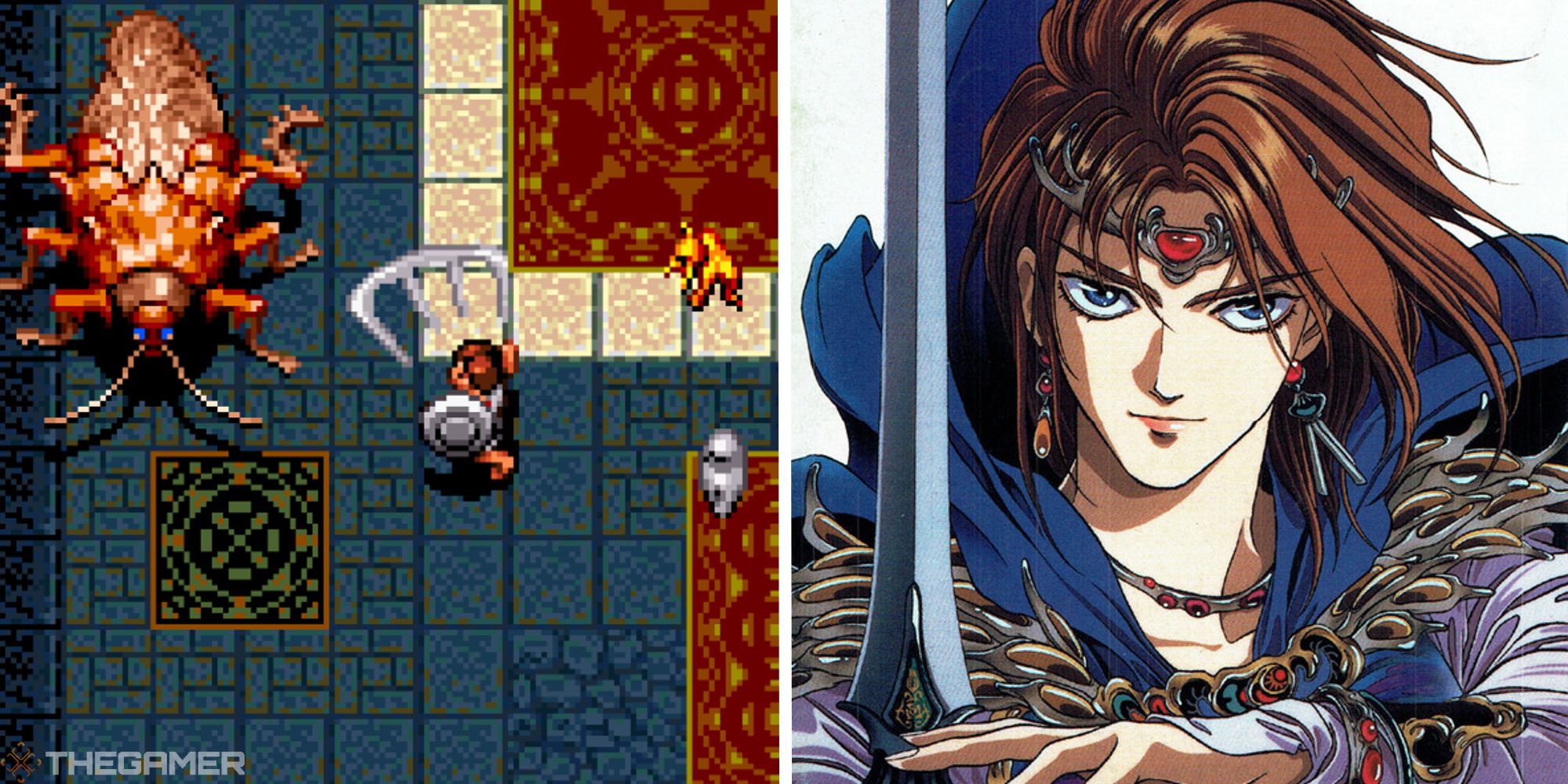 Brain Lord is another JRPG, releasing in 1994. This game was published by Enix, before they merged with Square in 2003 to form Square Enix. This game focused on Remeer, a typical hero that sets out on a journey to find out what happened to his dad.

Remeer’s sprite looks pretty average; but the differences become noticeable once you see the promotional art for the game. Above, you can see art for Brain Lord, with Remeer looking, well, beautiful. This beauty was understandably lost with his sprite through. 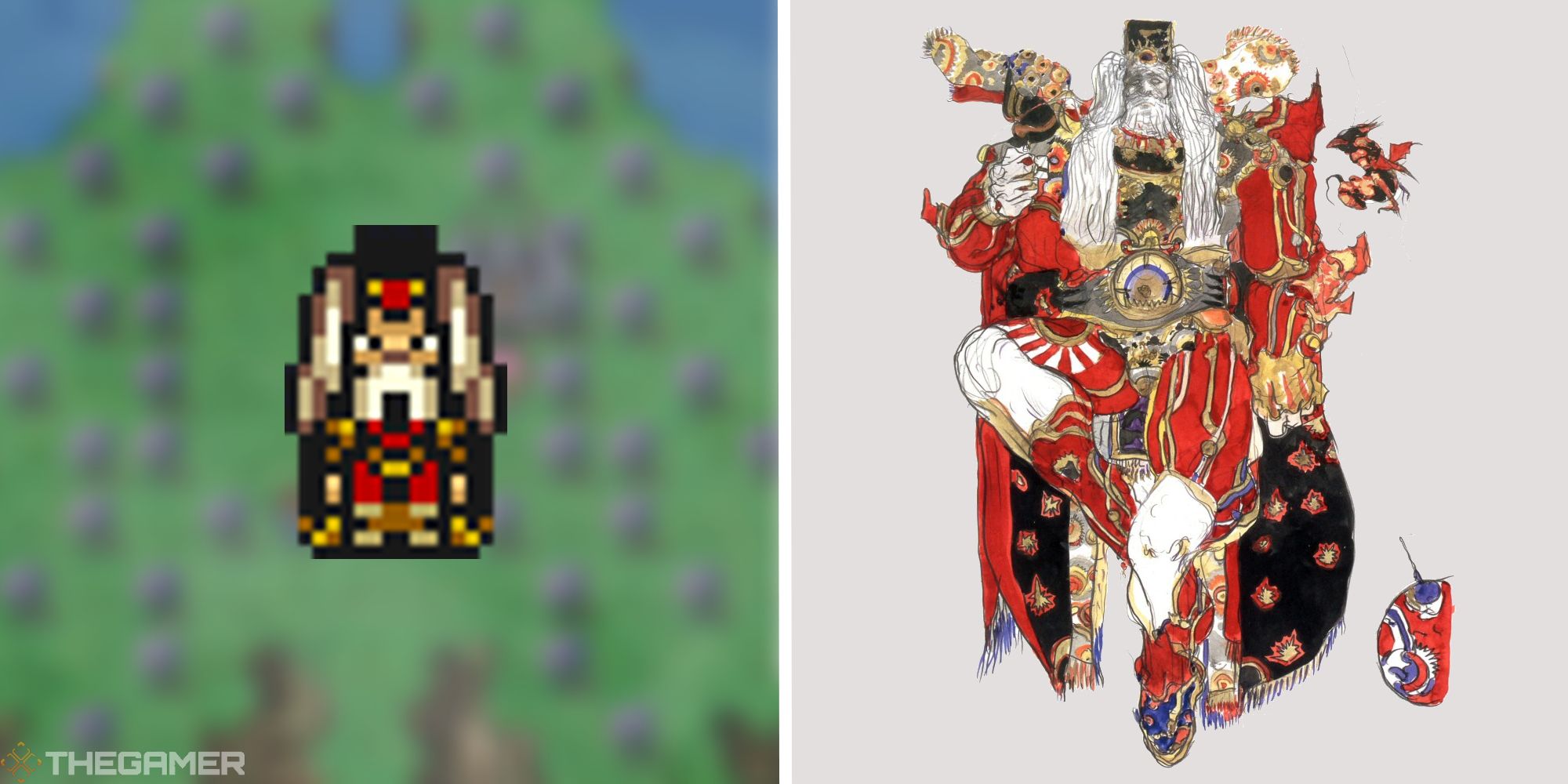 Final Fantasy 6 is known for having some unique sprites. In general, most of the sprites don’t look like their character, and Gestahl is no exception. This old man has flowing hair and a long beard, as well as very detailed concept art.

His sprite, on the other hand, is very simplified, with his hair appearing like giant dog ears. This is even referenced in Final Fantasy 14, with a dog minion named after him. 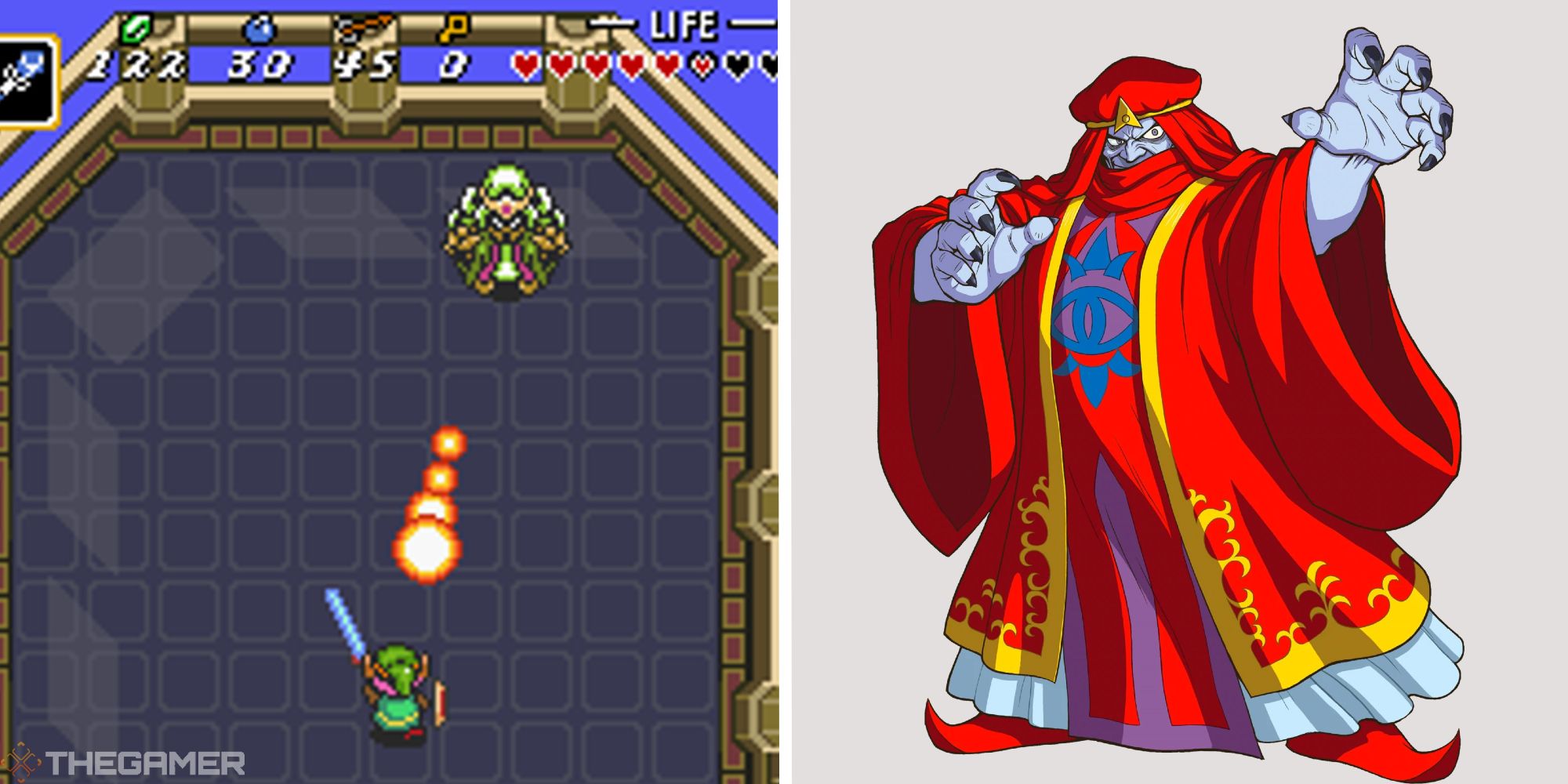 To end this list, we have another sprite from A Link to the Past. Agahnim serves as a protagonist in this game. As a powerful wizard, he is clad in long red robes and pointy shoes.

For some reason though, his sprite ditches these red robes and turns them green. His dull blue skin isn’t noticeable, and it’s also a bit difficult to make out his features. His face may be the tan area with the pink square serving as his mouth, but this could also be a circlet upon his head, with his real face hidden in the black area just below.