A Few New Avengers Details Assemble Through A Marvel Interview 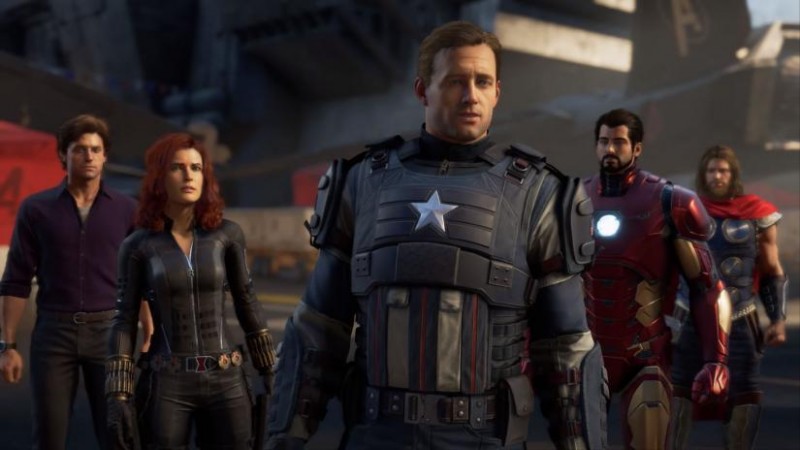 When Avengers debuted at Square Enix’s E3 conference earlier this month, a lot of people were left scratching their heads. While clearly there was a lot of money behind the title, we got a better sense of how the voice actors feel about their characters than about the structure of the game. Today, Marvel released a new interview with Crystal Dynamics head Scot Amos, which lets slip a few more details about the game.

Considering it is a Marvel interview, it is obviously very edited and prepared, but for people still confused about how the game actually works, Amos is pretty open about it. There is a single-player campaign that eventually and inevitably feeds into the online multiplayer as you make progress.

“Yes, the entire campaign, the core campaign is actually designed to give everybody a chance to get with these heroes. As you unlock these heroes and go through the core campaign, you’ll actually experience every one of them.” Amos says, explaining the delineation between single- and multiplayer. “And as you unlock them, they become available to use online. You can also just go straight online after you play that first mission, and play with your friends and start unlocking other heroes. It’s imperative to us that people actually have a chance to get to know these characters, get to play with our unique take on them, but then also have this expansive world that can be played single player.

“If you want to play by yourself, we let you do that,” Amos clarifies. “But there’s also content that, when you get together with your friends, you can assemble online. There’s things that you get to do that you wouldn’t have been able to do without your friends. I think there’s a beautiful blend. We’ll have this world that expands with more and more missions, more and more regions to explore, and new Super Heroes. And the majority of that can be played solo, but there are also things that will scratch that multi-player itch.”

The idea, Amos says, is to let players play the game for as long as they want, even if it’s forever. At their press conference, Square Enix suggested they would be adding heroes post-launch, which would fit with this games as a service model Amos seems to be implying here.

How do you feel about what Square Enix has shown for the Avengers? Are you excited for it? Let us know below in the comments. Marvel’s Avengers releases on May 15 for PlayStation 4, Xbox One, Stadia, and PC.