A new Tomb Raider is coming, built on Unreal Engine 5 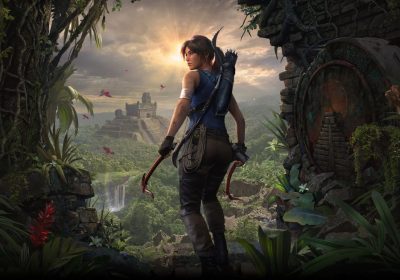 Dallas Dickinson, franchise general manager for Tomb Raider, said that Crystal Dynamics has “just started development” of the next game in the series, adding, “Our goal is to push the envelope of fidelity and to deliver the high quality cinematic, action-adventure experience that fans deserve from both Crystal Dynamics and the Tomb Raider franchise.”

The most recent game in the franchise, 2018’s Shadow of the Tomb Raider, wrapped the Survivor trilogy, a second attempt at rebooting Lara Croft’s origins as a globetrotting adventure seeker, archaeologist, and treasure hunter. Crystal Dynamics said last year it planned to unify the timelines of classic and modern Tomb Raider games, as it develops new adventures for Lara.

Crystal Dynamics and Tomb Raider publisher Square Enix did not offer any kind of timeline on the new Tomb Raider, nor did they show any sort of visual teaser. But Crystal Dynamics’ announcement was followed by another revelation: Jeff Ross, who led development of Days Gone at Sony’s Bend Studio, announced Tuesday he had joined Crystal Dynamics as game director, but did not reveal for which project. “That’s all I can say other than I’m thrilled with the project, and especially the team of really wonderful people,” Ross said on Twitter.

Tomb Raider is also being adapted as an animated series for Netflix. The Tomb Raider anime will be written and executive produced by Tasha Huo, who is also working The Witcher: Blood Origin, a live-action spinoff of the popular fantasy series.