Adshir is unveiling its LocalRay real-time ray tracing graphics software that it says will enable the highest-quality graphics to run on mobile devices that only consume a couple of watts of power.

Tel Aviv-based Adshir and its founder Reuven Bakalash, a graphics expert with 150 patents, has been working on the technology for more than seven years.

During that time, the company figured out how to make the software run on a wide range of devices, including smartphones and PCs, ranging from 2 watts to 200 watts of power consumption. Now they’re targeting developers and hardware makers to enable outstanding graphics to run in real-time on their devices.

LocalRay is a cross-platform solution that works on Arm, Intel, Microsoft, and Google operating systems, with Apple’s iOS coming soon. The company is showing demos at a suite at Caesar’s Palace during CES 2020, the big tech trade show in Las Vegas this week. The company is not disclosing its customers yet.

“We designed it bottom to go after low-end devices,” said Offir Remez, executive vice president at Adshir, in an interview with GamesBeat. “We have multiple deals across console and mobile sectors, but we are not allowed to talk about it until the second half of the year.” 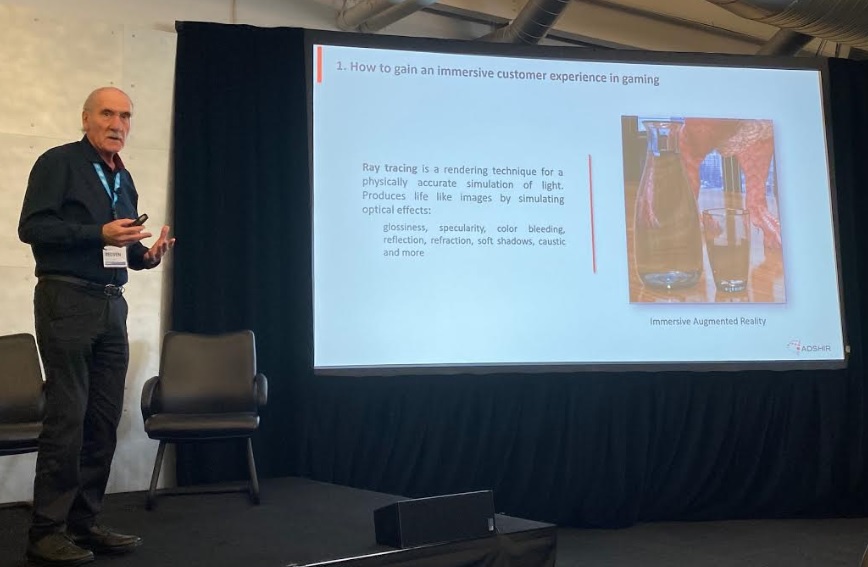 Above: Reuven Bakalash is CEO of Adshir. He spoke at a recent event staged by The International Future Computing Association.

At CES, Adshir will show LocalRay running on a desktop, laptop, tablet, and smartphone. The computers will have integrated graphics, without any kind of Nvidia-based graphics, for demo purposes.

There is a catch. Developers have to tailor a version of their game to run on LocalRay or port their games to take advantage of LocalRay’s capabilities. That’s a lot of work, and it’s a classic chicken-and-egg challenge for Adshir.

Still, it could be appealing for device makers who want to distinguish their products with real-time ray tracing — which enables sophisticated graphics with precise lighting and shadows — without any extra hardware. By contrast, Nvidia’s high-end GeForce RTX graphics cards run on gaming computers or laptops that can consume hundreds of watts of power. Remez said that developers could create ray-traced software and games that could reach much larger audiences because it could run on just about any device.

And Remez said that the company is considering making LocalRay compatible with OpenGL, an existing graphics standard.

Real-time ray Tracing has been for many years the holy grail of graphics when it comes to taking creativity to the next level of realism and physically accurate graphics. LocalRay itself is based on technologies from 20 granted patents. As a technical accomplishment, it’s quite astounding considering it comes from a team of less than 20 people with funding under $6 million.

But the company’s founder and CEO, Bakalash, has a deep background in tech, including a doctorate from Ben Gurion University in Israel. He was CEO of Lucidlogix Technologies for a decade before Google acquired the technology behind it. He also founded HyperRoll, acquired by Oracle in 2009. 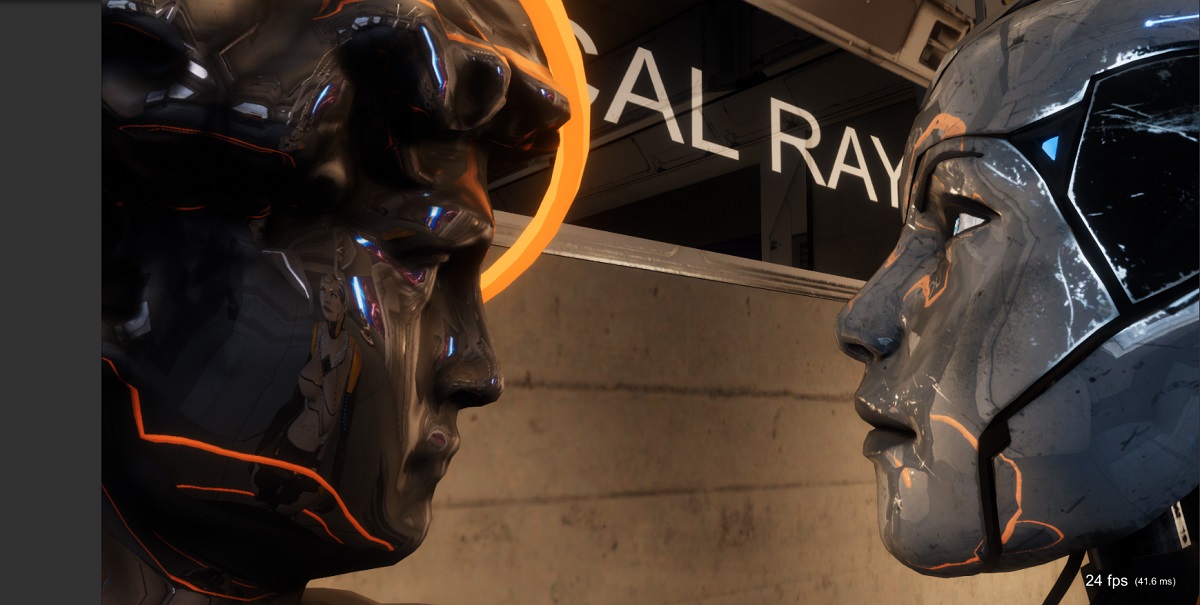 Bakalash said in an interview that for many years you needed a powerful computer or a server farm or cloud rendering infrastructure to get some ray-tracing work done. Democratizing ray-tracing to the consumer level device is a noble task, he said,

LocalRay solution is getting to market in two ways. It could license its software to enable a game engine such as Unity or Unreal to handle real-time ray tracing, or it could be a runtime ray tracing engine in the device level for hardware makers. The company expects that partners and customers will deploy systems with the software in 2020.

Adshir was started in 2011, when Bakalash started filing for patents. The company received its first funding in 2014. It has received 24 patents and has applied for eight more. 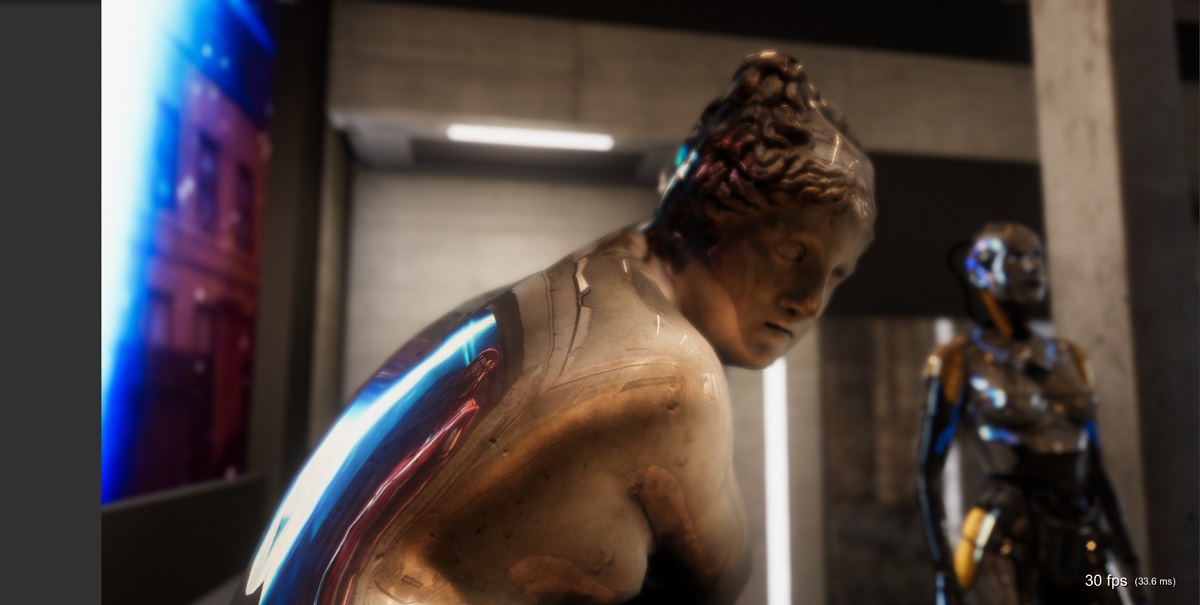 Above: Adshir’s Local Ray has physically accurate reflections on a 2-watt mobile device.

Remez said customers are beginning to ask if they can implement the technology in hardware, and the company is considering that option. He said the company is hiring engineers.

“We’re trying to grow the team as fast as we can,” Remez said.