AI could help advertisers recover from loss of third-party cookies 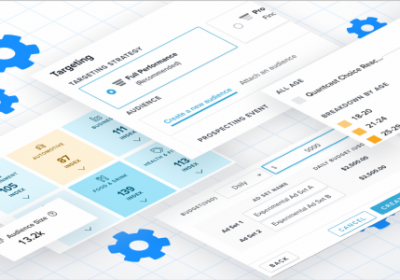 Options for targeting digital advertising in a way that doesn’t rely on cookies are increasing, thanks to advances in predictive analytics and AI that will ultimately lessen the current dominance of Google, Facebook, and other large-scale content aggregators.

Google announced earlier this month that it will no longer allow third-party cookies to collect data via its Chrome browser. Many companies have historically relied on those cookies to better target their digital advertising, as the cookies enable digital ad networks and social media sites to create a profile of an end user without knowing specifically who that individual is. While that approach doesn’t necessarily breach anyone’s privacy, it does give many users the feeling that some entity is tracking the sites they visit in a way that makes them uncomfortable.

Providers of other browsers, such as Safari from Apple and the open source Firefox browser, have already abandoned third-party cookies. To be clear, Google isn’t walking away from tracking user behavior. Instead, the company has created a Federated Learning of Cohorts (FLoC) mechanism to track user behavior that doesn’t depend on cookies to collect data. Instead of being able to target an ad to a specific anonymous user, advertisers are presented with an opportunity to target groups of end users that are now organized into cohorts based on data Google still collects.

It remains to be seen how these initiatives might substantially change the user experience. However, some advertisers are now looking to employ machine learning algorithms and other forms of advanced analytics being made available via digital advertising networks to reduce their dependency on Google, Facebook, Twitter, Microsoft, and other entities that control massive online communities.

For example, Equifax, a credit management bureau, is working with Quantcast to place advertising closer to where relevant content is being originally created and consumed, said Joella Duncan, director of media strategy for North America at Quantcast.

“We want our marketing teams to be able to pull more levers,” Duncan said. “Third-party cookies are stale.”

That approach provides the added benefit of lessening an advertiser’s dependency on walled online gardens dominated by a handful of companies, Quantcast CEO Konrad Feldman said.

At the core of the Quantcast platform is an Ara engine that applies machine learning algorithms to data collected from 100 million online destinations in real time. That data is then analyzed using a set of predictive models that surface the behavioral patterns that make it possible to target ad campaigns. Those predictive models are scored a million times per second, in addition to being continuously updated to reflect recent events across the internet. “We’re not dependent on only one technique,” Feldman said.

Quantcast is making a case for an alternative approach to digital advertising that would make it more evenly distributed. Advertisers are not likely to walk away from walled online gardens that make it cost-efficient for them to target millions of users. However, many of those same advertisers are looking for a way to more efficiently target narrower audience segments that might have a greater affinity for their products and services based on the content they regularly consume.

The AI and advanced analytics capabilities being embedded within digital advertising platforms may not upend the business models used by Google, Facebook, and others and based on walled gardens that themselves were constructed using algorithms. But it’s becoming apparent that fissures in the walls of those gardens are starting to appear as other entities in the world of advertising apply their own AI countermeasures.