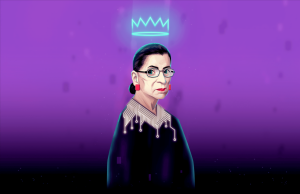 Last month, the Tel Aviv-based AI21 Labs, whose cutting-edge work in natural language processing have led many to compare it to San Francisco’s OpenAI, made mainstream headlines with its release of Ask Ruth Bader Ginsburg.

​​The AI model, which predicts how Ginsburg would respond to questions, is based on 27 years of Ginsburg’s legal writings on the Supreme Court, along with news interviews and public speeches.

But while Ask Ruth Bader Ginsburg allowed anyone to play with an AI demo, AI21 Labs, which was founded in 2017, has far more in mind. It is working methodically towards its stated goal of fundamentally changing the way people read and write by pushing the frontier of language-based AI beyond pattern recognition and “by making the machine a thought partner to humans.” Today, the company announced it has completed a $64 million series B funding round, bringing the company’s valuation to $664 million.

A vote of AI confidence in a competitive landscape

Clearly, investors support AI21’s effort to combine R&D with commercial applications, but with the funding landscape tightening and more large language models (LLMs) and multimodal models being launched every day (from OpenAI’s DALL-E 2 and Google’s Imagen to today’s BLOOM announcement from Hugging Face), the company has plenty of work ahead.

“It’s certainly a vote of confidence and a reason to feel good about where we are,” said Yoav Shoham, an emeritus professor of artificial intelligence at Stanford University, who co-founded AI21 Labs with ​​AI pioneers and technology veterans Ori Goshen and Amnon Shashua. “But we’re also very aware of the environment and not complacent in any way.”

AI21 Labs has been on a buzzy climb for the past year, since it released Jurassic-1 Jumbo, an LLM of 178 billion parameters that surpassed OpenAI’s GPT-3’s 175 million parameters (which itself shocked the AI world in 2020). The model was offered via a new NLP-as-a-Service developer platform called AI21 Studio, a website and API for developers to build text-based applications like virtual assistants, chatbots, text simplification, content moderation and creative writing.

The company has also launched several products, including Wordtune, a browser extension that was chosen by Google as one of its favorite extensions for 2021, as well as Wordtune Read, which analyzes and summarizes documents in seconds, enabling users to read long and complex text quickly and efficiently.

Still, AI21’s biggest headlines have come from Ask Ruth Bader Ginsburg. Shoham emphasized that the AI tool is meant to show the public both how amazing current AI is, but also the limits of today’s artificial intelligence and machine learning.

“You play with it and sometimes it’ll blow your mind, but sometimes it won’t,” he said. “That’s AI today and that our goal was exactly to communicate all of that.” He added that the company added verbiage to explain to people what they were seeing to make sure they don’t view any of this as providing legal advice.

“People tend to project their worst fears and loftiest aspirations on technology, and that is certainly true of AI,” he said. “The goal here was for the public to see that it’s impressive, it does interesting things, but it’s obviously not not as smart or knowledgeable as a true legal scholar.”