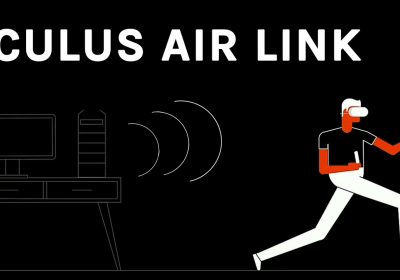 Code found in the Oculus PC drivers reveals the existence of ‘VR Air Bridge’, a dedicated USB Wi-Fi dongle for Oculus Air Link made by D-Link.

The code, referencing an unannounced ‘D-Link DWA-F18 VR Air Bridge’, was discovered in the Oculus PC drivers by software engineer ItsKaitlyn03. The code suggests it’s likely based on DWA-X1850, an existing Wi-Fi 6 USB 3.0 adapter from D-Link.

I was able to verify this finding by decompiling the same driver. It was only present in the Public Test Channel of the Oculus PC software, suggesting this is a recent addition. In the process I also discovered a new string referencing a “Set up VR Air Bridge” interface.

Oculus Air Link is a Quest feature which lets the device act as a wireless PC VR headset via your Wi-Fi network. It was shipped as a software update in early 2021, but third party alternatives like Virtual Desktop and ALVR have been available since the release of the original Quest headset in mid-2019.

Using your home Wi-Fi network rather than a dedicated dongle presents several issues however. The signal can be degraded by distance or obstacles like solid walls, and frames can be dropped or delivered late if too many other devices are congesting the network.

In late 2019, before Air Link had even been announced, “Consulting CTO” John Carmack floated the idea of a USB Wi-Fi dongle running custom firmware for wireless VR. The headset would directly connect to it instead of your home network, offering a dedicated short range connection.

In an April 2021 conversation with Meta’s CTO, just after Air Link shipped as a software solution rather than hardware, Carmack remarked “We may yet in the future make some extra Wi-Fi dongle or have some partnership with different firmware flashes for something that can let us get somewhat better performance in congested conditions“.

The code finding suggests Meta is exploring exactly that. Many households have basic ISP supplied routers unsuitable for the current Air Link, often located rooms away from their PC, and WiFi 6 routers have only recently become relatively affordable. If Air Bridge does end up happening, it could bring wireless PC VR to significantly more people than today.

We should however caution that tech companies frequently explore product and partnership ideas that never ship – Meta could decide to scrap this Air Bridge concept or take a different approach.