Among Us’s Geoff Keighley Mask Returns For The Game Awards 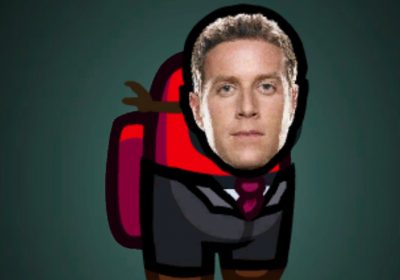 2022's Game Awards are almost here. On Thursday, Geoff Keighley will make a number of big announcements while handing out a few awards to boot. If you're fearful of missing Mr. Keighley once The Game Awards have passed, there's good news. The Keighley mask is returning to Among Us, and all you need to do is watch the show.

You don't even need to watch all of it. Viewers who wish to don the Keighley mask just need to watch 60 minutes of The Game Awards this Thursday to receive a code. Even though the show will be shorter this year, 60 minutes will probably still be just a third of everything shown.

The only other caveat is you have to watch on Twitch through a participating channel. Follow all the steps correctly and you'll receive a code for your very own in-game Keighley face. It's not the first time Keighley has been added to Among Us. The mask has been a reward for watching other events he has hosted, including 2021's Summer Game Fest.

If you're reading this thinking you don't play Among Us so what's the point, there's more good news. Other games are offering up rewards for tuning in for 60 minutes or more too. Fall Guys has promised a crossover costume with a major unannounced video game series, Sifu is offering a deluxe upgrade of the game through Epic for those who already own it, and Cult of the Lamb players can claim three Twitch emote follower forms.

As for what you will see if you tune into this year's Game Awards, there's a lot of confirmed info and even more reveals rumored to be on the docket. Final Fantasy 16 has been confirmed to make an appearance, and The Last Of Us stars Bella Ramsey and Pedro Pascal will be in attendance. With up to 40 announcements, news on Jedi: Survivor is guaranteed, and a Diablo 4 trailer seems likely.