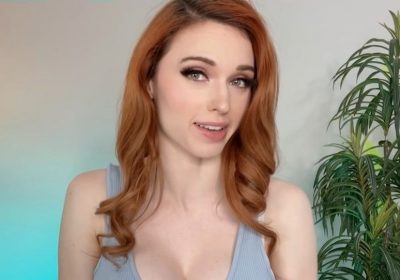 Amouranth did it again. No, I'm not talking about getting banned from Twitch, the streamer went ahead and purchased another gas station, this time a 7-Eleven for $10,000,000. Contrary to what you may think, buying a gas station isn't really a style statement, she has already explained that it's a financial move.

"Oops I did it again. A 7-11 this time! ~$10,000,000 price tag. It’s a syndicate deal so I only own like a quarter of it! Huge location, located close to a Major highway and downtown metro area!" she tweeted from her personal account.

As for why, she provided a detailed explanation about how it would help reduce the amount she has to pay in tax. Surely, Amouranth has done the research and has consulted professionals to ensure that this is all financially viable and legal. She also previously mentioned that it wasn't a "one off", lending credence to the fact that it's a calculated deal, meant to pay off in the long run.

"Unlike a Vineyard or sports Team, the latter of which has actually been a great investment looking back, no one buys a gas station to look fancy or flex," she explained. "A gas station is a numbers only decision, OK EVERYONE A ROUND OF SLURPEES ON ME, HAPPY HOLIDAYS". You've got to give her and her financial team credit where it's due, this appears to be a sound strategy.

When she's not buying gas stations, Amouranth can usually be found topping charts on Twitch. Earlier this month, she topped the "Animals, Aquariums, and Zoos" category almost as soon as it was introduced by the streaming service. Her first stream in the category gave viewers a tour of her ranch and even showcased some of her horses.

While this could have easily been a calculated move, that wasn't the first time she hosted such"Ranch Streams". However, this did not go down well with some other streamers, with World of Warcraft streamer Esfand saying that Twitch "really made Amouranth a new category again. First hot tubs and now this. New category shows up – immediately, immediately streams in the new category".