Home » News » Animal Crossing And Call Of Duty Are The Most Supportive Communities For LGBTQ+, Says Survey

Animal Crossing And Call Of Duty Are The Most Supportive Communities For LGBTQ+, Says Survey 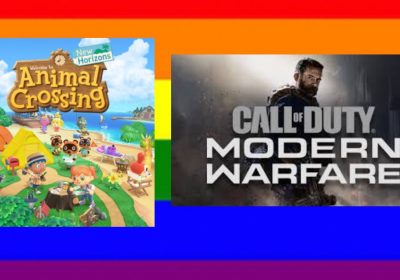 Sadly, there are a ton of stories out there about the harassment and discrimination that can occur in the gaming industry. From sexual harassment to gender discrimination, there are more and more tales of the hate that can occur in these online spaces. Recently, onlineroulette conducted a survey of the top 500 Esport earners of 2020 to find out how inclusive games can be. They also surveyed 500 LGBTQ+ gamers to find out what their experiences have been like in online gaming communities. The results were rather surprising.

One of the bigger takeaways from the survey was the reveal of which gaming communities were the most supportive for LGBTQ+ gamers. A little unsurprising was the fact that the most supportive community, with 49% of the votes, comes from Animal Crossing. The social simulation game allows users to express themselves however they see fit, regardless of gender. This has led Animal Crossing to gain an active LGBTQ community of gamers where some have even organized a virtual Pride Week within the New Horizons universe. Plus, the game may feature Nintendo’s first openly gay characters. 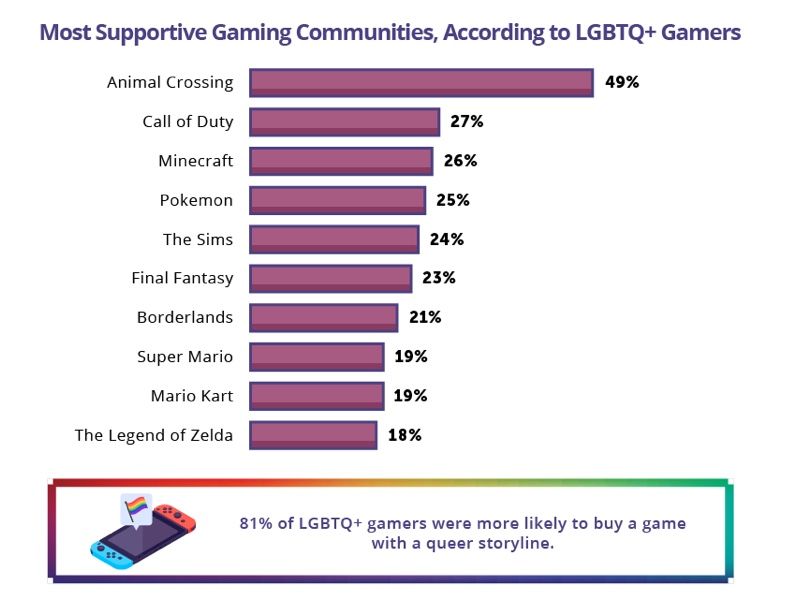 A little more surprising than Animal Crossing is the fact that the Call of Duty series is the second most supportive gaming community with 27% of the votes. It is wonderful to see a game that is marketed as extremely “masculine” to be a gateway for inclusivity and tolerance. It goes to show that you should never judge a book by its cover. 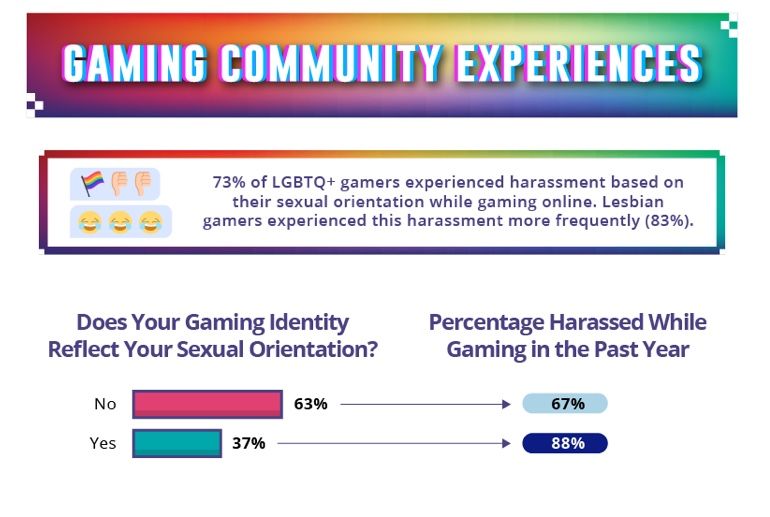 Sadly, not every gaming community is as open and accepting. According to the survey, 88% of LGBTQ+ gamers that are out to their communities suffer some form of harassment. This harassment comes in many forms including derogatory comments about the gamer’s sexuality, verbal assaults, comments on gender identity, and even threats of violence. This has led to many to resort to certain tactics to avoid harassment like hiding their sexual identity, lying about gender/sexual identity, ensuring they have gender-neutral screen names, and even avoiding entire games and communities for fear of harassment.

Clearly, online gaming has some issues regarding harassment with half of LGBTQ+ gamers uncomfortable with being open and honest about their sexual identity in their gaming communities. Still, there is progress being made and games like Animal Crossing are proof of that. Hopefully, the future will bring with it even more change and surveys like this one won’t be necessary in the future.