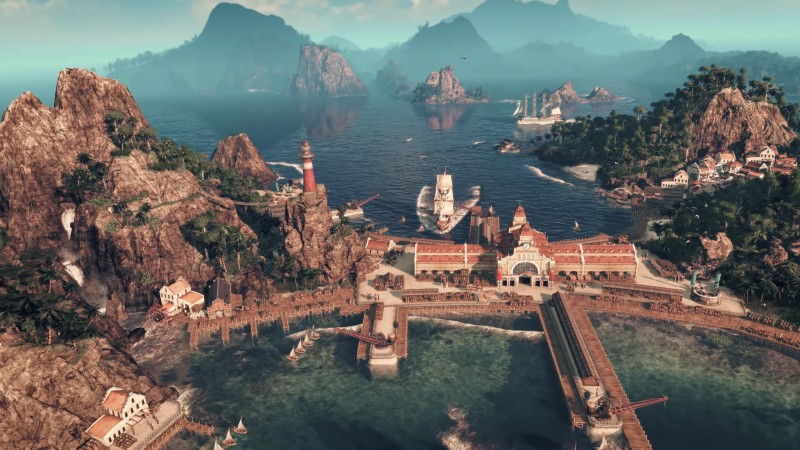 Previously announced as a Steam game, Anno 1800, the city-building RTS set in, you guessed it, the year 1800, will be released exclusively on the Epic Games Store. This is yet another in a long string of recent high profile games jumping ship from Steam to Epic’s fledgling game store. Ubisoft has recently made the switch for The Division 2, but it seems, supported by Epic’s more generous earnings split, more and more studios are making the move.

While Bethesda games will apparently not be persuaded by this sudden paradigm shift, even the two most recent games on the cover of Game Informer, Control and Outer Worlds, as well as games like Metro Exodus and The Walking Dead, are converts.

For anyone that was interested in playing Anno 1800 on Steam, though, don’t worry: Steam will still be accepting pre-orders for the game until its release on April 16. The game will continue to receive all updates and future content on the platform as well as being fully playable through the Steam client. It will just not be for sale starting on the game’s release, where it will be exclusive to the Epic Games Store and the Ubisoft Store.