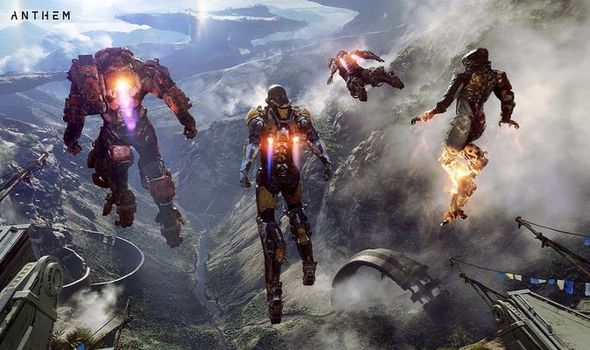 Anthem developer BioWare is about to release a big new update for the multiplayer shooter.

Anthem update 1.0.4 will be released following a period of downtime on March 26.

According to BioWare, the game will be taken offline for server maintenance at 1.30pm GMT in the UK. That’s 6.30am PDT or 9.30am EDT if you live in the US.

The server maintenance will last for approximately two hours, and you’ll need to install the update to continue playing.

“Game Update 1.0.4 for #AnthemGame will release Tuesday, March 26th on all platforms. We’ll have Update Notes tomorrow as well to go along with the download going live.

According to the early patch notes, Anthem update 1.0.4 will introduce Legendary missions, which should increase replayability.

The update also makes improvements to the Forge, and adds Elysian caches. You can check out the full list of early patch notes below…

• They can contain vanity items and crafting embers

• Everyone in the squad receives the rewards, so if all 4 players have keys, you will get 4 rewards

• There is now no loading screen to get into the Forge

• It can be accessed anywhere from Fort Tarsis

• All equipped components are now listed under the weapons and gear

• A stat screen is still being investigated. No news to share yet.

• Stronghold bosses still guarantee one Masterwork on GM difficulty, but now the remaining loot can be rolled for Masterworks/Legendaries

• Legendary missions will be added to the game. These are more difficult, replayable critical path missions.

• There will be 6 missions on release, with one playable each day.

• There will be an apex creature at the end of each mission – these can be either an Ursix, Titan, Luminary or Fury

• FOV sliders have been added to the PC version of the game. The options include:

• NVIDIA DLSS support has been added. SLI support is still being looked into.

• There is the usual performance optimisations included. This is described as being an ongoing project that is never finished.

• Salvaging in the vault should be near instant now.

• Lots of fog walls have been removed, especially in Strongholds.

• More improvements have been made to bugged quickplay missions. If a missions has surpassed a 15 minute timer, you can no longer be matchmade into it.

• You can also no longer be matchmade into a Stronghold after two minutes have elapsed (quickplay is not included in this).

• The bug where you respawn timer would reset if your revive was cancelled has been fixed.

• The bug where you could no longer interact with the environment or revive teammates has been fixed.

• Javelin thrusters have been improved by 20% across the board. Overheat time has similarly been reduced by 20%.

• You now hold the melee button to melee with Interceptor, instead of repeatedly mashing it. This change has not been made for the ultimate ability, however.

• More universal components have been added. One example is Acid Slugs, which improves Shotgun damage and applies the acid effect if 7 pellets hit the enemy.

• There have been various fixes and buffs to Masterwork components.

• The inconsistent armour bug should have been addressed, but please feed back if you are still experiencing issues.

• The bug where Strongholds/missions/contracts go missing from your map has been fixed.

• Improvements have been made to address the “Pilot data error” issue.

• Consumables can now be sorted by name/rarity.

• When diving into deep water, the transition is now smoother.

• Javelins receiving Legendary/Masterwork components that fit in the wrong Javelin